They aren’t able to vote yet, but students from Miller Comprehensive High School are having their voices heard at Regina’s City Hall.

Sophia Young, a 16-year-old student, is part of the Miller Environmental Club and several other clubs focused on nature and the environment.

On Thursday she and three of her Miller classmates asked city council to consider reallocating money proposed for the Regina Police Service budget to instead go toward mental health services and or environmental programs and incentives.

Council did not still gave the police service the 4.2-per-cent increase it sought but a day earlier voted to use $500,000 from the city’s COVID-19 Relief Fund to offer additional support for harm reduction initiatives through the community investment grant program.

Young, who recited a poem called 16 And Afraid to council on Thursday, wanted council to do more in the immediate term to address climate change.

“Climate change is already impacting us,” she said, adding that if countries and cities don’t address climate change it will be a bigger more expensive problem.

“It’s worrying to me because a lot of us don’t have a lot of money, a lot of us are really struggling during COVID times,” she said.

But the personal and individual impact of climate change has been a major motivator for Young, who has heard classmates’ concerns about a world with unchecked climate change.

Joshua Campbell, a teacher and club supervisor at Miller, said for him it’s great to see his students taking part in politics. When he was a student, Campbell felt some frustration that a school assignment would be worked on, submitted, graded and then that was it.

“The assignment kind of ended with your teacher,” said Campbell, who feels students have the ability for more. “There are opportunities for learning to go outside these four walls. There’s a chance for students to make an impact in their community.”

The address to council was part of an in class assignment, but it was not mandatory for them to present to council, Campbell said.

“Councillors pay attention and they listen. They care what these kids have to say and that’s a credit to the councillors.”

While there wasn’t any new money for climate initiatives in the city budget, Young said it is reassuring in a small way that the city has a plan to become 100-per-cent renewable by 2050.

“It’s a start. I’m happy that they’re even starting but it’s still a little disappointing,” she said.

Harley Tolver, 15, asked that council divert funds from police to frontline mental health services. Speaking from his own experiences Tolver said encounters with abuse can leave a long lasting impact on a person.

“If they want to stop root causes, addictions and suicides, there has to be more done,” he said.

While the tagline associated with the reallocation of police funds is often called “defunding police” Harley said ultimately “we still need police.”

But, people in difficult situations need help too.

“I’m not the first kid who has experienced this and I’m not the last kid either” said Tolver.

Even if the outcome wasn’t what students wanted, Campbell hopes the experience encourages them to keep fighting for the things they care about.

“Democracy isn’t just voting every four or however many years,” said Campbell.

“You have to be active in it.”

Sign up to receive daily headline news from Regina Leader-Post, a division of Postmedia Network Inc.

The next issue of Regina Leader Post Headline News will soon be in your inbox.

Canadian Prime Minister Justin Trudeau said on Friday he would reshuffle his cabinet on Oct. 26 and ensure there was a  gender balance , even though he lost female ministers in an election last month.

Trudeau was re-elected to a third term in office on Sept. 20 but only won a minority of seats, which means he needs to cooperate with opposition legislators to govern.

“The new  cabinet will remain gender balanced,” said a statement from Trudeau’s office. Since taking power in late 2015, Trudeau – an avowed feminist – has named cabinets with an even split of male and female ministers.

But in the run-up to the election, one high-profile woman cabinet minister quit and another three lost their seats.

His office also said the new Parliament would be recalled on Nov 22.

Trudeau, who was reelected last month, needs to replace four government ministers who were either defeated or quit. 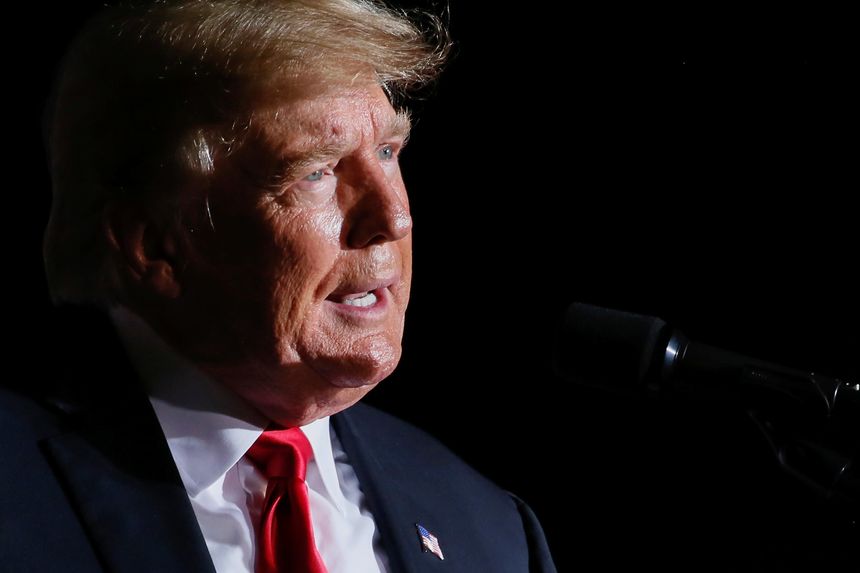 That was evident in January this year in the two Georgia Senate runoffs. Turnout in Republican strongholds fell because Mr. Trump told his voters the election in November had been stolen and the state’s GOP officials were corrupt. Democrats narrowly won both seats in the conservative state, handing the party unified control of Congress and…

When Democrats complain that
Donald Trump

That was evident in January this year in the two Georgia Senate runoffs. Turnout in Republican strongholds fell because Mr. Trump told his voters the election in November had been stolen and the state’s GOP officials were corrupt. Democrats narrowly won both seats in the conservative state, handing the party unified control of Congress and paving the way for an ideologically unleashed Biden Administration.

Now the former President is threatening aloud that he might repeat this act of electoral sabotage in the next national elections. “If we don’t solve the Presidential Election Fraud of 2020 (which we have thoroughly and conclusively documented),” Mr. Trump said in a statement Wednesday, “Republicans will not be voting in ‘22 or ‘24. It is the single most important thing for Republicans to do.”

What’s notable isn’t that Mr. Trump continues to deny his election defeat and push for increasingly futile “audits” that will go nowhere. Mr. Trump will never admit he lost. Democrats have already used Mr. Trump’s election denial against the GOP to great effect in their California gubernatorial recall rout and are now wielding it in what has become a tight Virginia Governor’s race.

Mr. Trump’s escalation is that he is now explicitly tying Republican acceptance of his election fantasy to a threat of electing Democrats as retribution. The message to Republicans is that if they don’t loudly pretend that he won the last election, Mr. Trump will make sure the GOP loses the next one, too.

Refusal to accept election outcomes in modern American politics is not unique to Mr. Trump. Much of the Democratic Party and intellectual class did not accept the legitimacy of Mr. Trump’s 2016 victory.

Stacey Abrams,
the celebrated Georgia gubernatorial candidate, has still refused to concede that she lost in 2018. In 2021 congressional Democrats initiated an effort to overturn a certified Iowa House race before thinking better of it.

One crucial difference between Mr. Trump and those Democrats is that Democrats would never be self-defeating enough to try to leverage their election gripes against the interests of their own voters. Democrats have endorsed and amplified Ms. Abrams’s fictions of a stolen election to turn out more Democratic voters so that progressive policies might prevail in the future.

Mr. Trump’s calculus works differently. When his ego is on the line, his voters’ interests are secondary. He might not like it if progressives control government and choke off American energy production or bludgeon social-media companies to censor conservatives. But his priority is that GOP candidates show obeisance to his claims that he was robbed in November. And he’s willing to help Democrats if Republicans refuse or even stay silent.

We wrote after the Georgia runoffs: “We hope Republicans keep Mr. Trump’s contribution to these defeats in mind over the next two years as their taxes and energy costs rise, as woke cultural mandates rain down from Washington, and as more of the economy comes under political control.”

All of that is happening. With the Biden Administration’s polarizing overreach, the 2022 elections are an opportunity for the GOP to retake Congress and check the divisive progressive assault on the U.S. economy and law. But that was also true of the 2021 Georgia races. Mr. Trump may not be finished making his supporters pay for his narcissism.