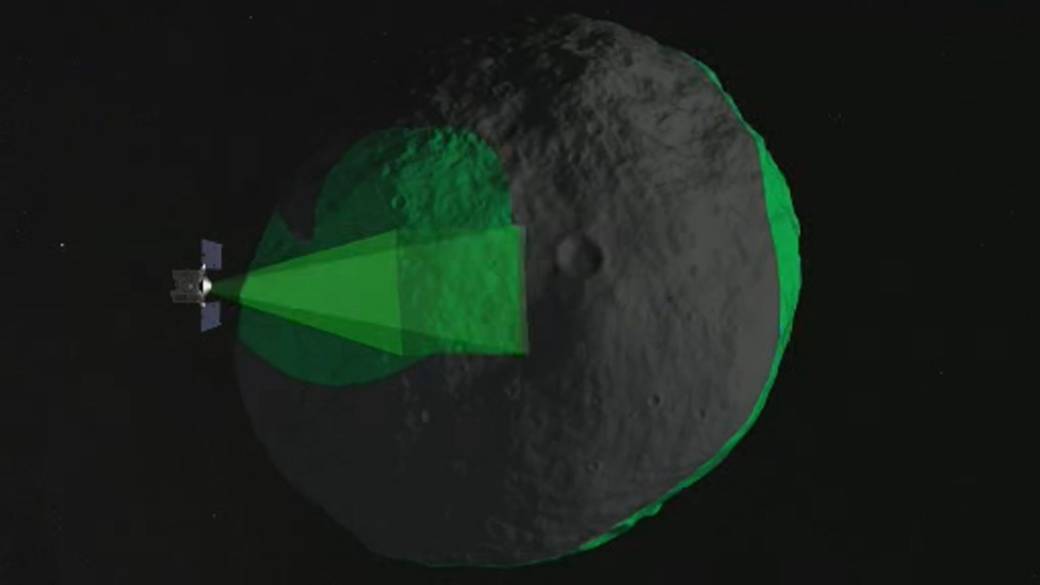 The moon lacks the bodies of liquid water that are a hallmark of Earth but scientists said on Monday lunar water is more widespread than previously known, with water molecules trapped within mineral grains on the surface and more water perhaps hidden in ice patches residing in permanent shadows.

While research 11 years ago indicated water was relatively widespread in small amounts on the moon, a team of scientists is now reporting the first unambiguous detection of water molecules on the lunar surface. At the same time, another team is reporting that the moon possesses roughly 15,000 square miles (40,000 square kilometers) of permanent shadows that potentially could harbor hidden pockets of water in the form of ice.

Water is a precious resource and a relatively plentiful lunar presence could prove important to future astronaut and robotic missions seeking to extract and utilize water for purposes such as a drinking supply or a fuel ingredient.

Read more:
Plan B? Newly discovered planet is the closest yet to a second Earth

A team led by Casey Honniball of NASA’s Goddard Space Flight Center in Maryland detected molecular water on the lunar surface, trapped within natural glasses or between debris grains. Previous observations have suffered from ambiguity between water and its molecular cousin hydroxyl, but the new detection used a method that yielded unambiguous findings.

The only way for this water to survive on the sunlit lunar surfaces where it was observed was to be embedded within mineral grains, protecting it from the frigid and foreboding environment. The researchers used data from the SOFIA airborne observatory, a Boeing 747SP aircraft modified to carry a telescope.

“A lot of people think that the detection I’ve made is water ice, which is not true. It’s just the water molecules – because they’re so spread out they don’t interact with each other to form water ice or even liquid water,” Honniball said.


2:08
NASA spacecraft gets sample from nearby asteroid Bennu

NASA spacecraft gets sample from nearby asteroid Bennu

The second study, also published in the journal Nature Astronomy, focused upon so-called cold traps on the moon, regions of its surface that exist in a state of perpetual darkness where temperatures are below about negative 260 degrees Fahrenheit (negative 163 degrees Celsius). That is cold enough that frozen water can remain stable for billions of years.

Using data from NASA’s Lunar Reconnaissance Orbiter spacecraft, researchers led by planetary scientist Paul Hayne of the University of Colorado, Boulder detected what may be tens of billions of small shadows, many no bigger than a small coin. Most are located in the polar regions.

“Our research shows that a multitude of previously unknown regions of the moon could harbor water ice,” Hayne said. “Our results suggest that water could be much more widespread in the moon’s polar regions than previously thought, making it easier to access, extract and analyze.”

NASA is planning a return of astronauts to the moon, a mission envisioned as paving the way for a later journey carrying a crew to Mars. Accessible sources where water can be harvested on the moon would beneficial to those endeavors.

“Water is not just constrained to the polar region. It’s more spread out than we thought it was,” Honniball said.

Another mystery that remains unsolved is the source of the lunar water.

“The origin of water on the moon is one of the big-picture questions we are trying to answer through this and other research,” Hayne said. “Currently, the major contenders are comets, asteroids or small interplanetary dust particles, the solar wind, and the moon itself through outgassing from volcanic eruptions.”

Earth is a wet world, with vast salty oceans, large freshwater lakes and ice caps that serve as water reservoirs.

“As our closest planetary companion, understanding the origins of water on the moon can also shed light on the origins of Earth’s water – still an open question in planetary science,” Hayne added.

A large radio telescope in Puerto Rico played a key role in astronomical discoveries Tuesday, officials said. The Arecibo Laboratory, Is popular as the backdrop for a major show in James Bond “Golden Eye” and other Hollywood hits closed after a sub cable was broken and shut down since August 100-foot cash On the reflection dish.

A major cable broke in early November, and the National Science Foundation announced plans to shut down the radio telescope a few weeks later because the damage was so severe.

Many scientists and Puerto Ricans mourned the news, some tearing up during interviews. Puerto Rico-based meteorologist Deborah Marterell tweeted early Tuesday morning: “Friends, it is with deep sadness that I inform you that the Arecibo monitoring site has now collapsed.”

It was the world’s second largest radio telescope and had been in operation for more than half a century.

For 57 years, the laboratory has played a key role in observing the composition and behavior of the Earth’s upper atmosphere using deep space targets, bodies in the solar system, and powerful light rays.

Prior to its collapse, the laboratory had withstood hurricanes and earthquakes and played central roles in films such as “Golden Eye” and “Contact”.

Bill Harwood contributed to this report. 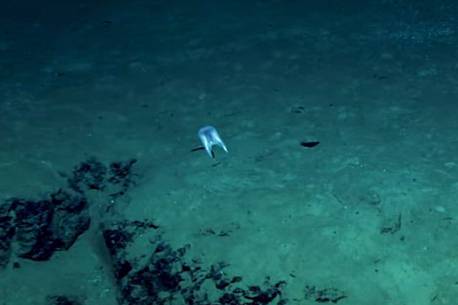 Five years on, in a paper published this month, scientists with the

National Oceanic and Atmospheric Administration (NOAA) have confirmed that the blob is an entirely new species of undersea creature,

– a never-before-seen species of jelly-like ctenophore. It’s also the first time that researchers have discovered a species using high-definition video footage only.

“It’s unique because we were able to describe a new species based entirely on high-definition video,”

Three different specimens were filmed by the vehicle at depths around 3,900 metres, in an underwater area called the Arecibo Amphitheater, which lies within a trench known as the Guajataca Canyon, off Puerto Rico.

One of the animals appeared to use its tentacles to touch the seabed, scientists said.

“It was a beautiful and unique organism,” oceanographer Mike Ford was quoted as saying in a release.

Identifying a new species solely via photographic and video evidence has often yielded contentious results, the scientists explained in their paper, as natural classification “relies heavily” on the physical specimen samples preserved in museums “to serve as references to which other material can be compared.”

“Indeed, the idea of using photographic evidence to establish new species has been highly contentious in recent decades.”

In this case, however, the team was able to avoid any pushback due to the high-definition quality of the footage they recorded of the three observed specimens. The team hopes to collect real-life specimens on future dives, but fears it may be decades before they run into the species again.

“Even if we had the equipment, there would have been very little time to process the animal because gelatinous animals don’t preserve very well,”

“Ctenophores are even worse than jellyfish in this regard.” 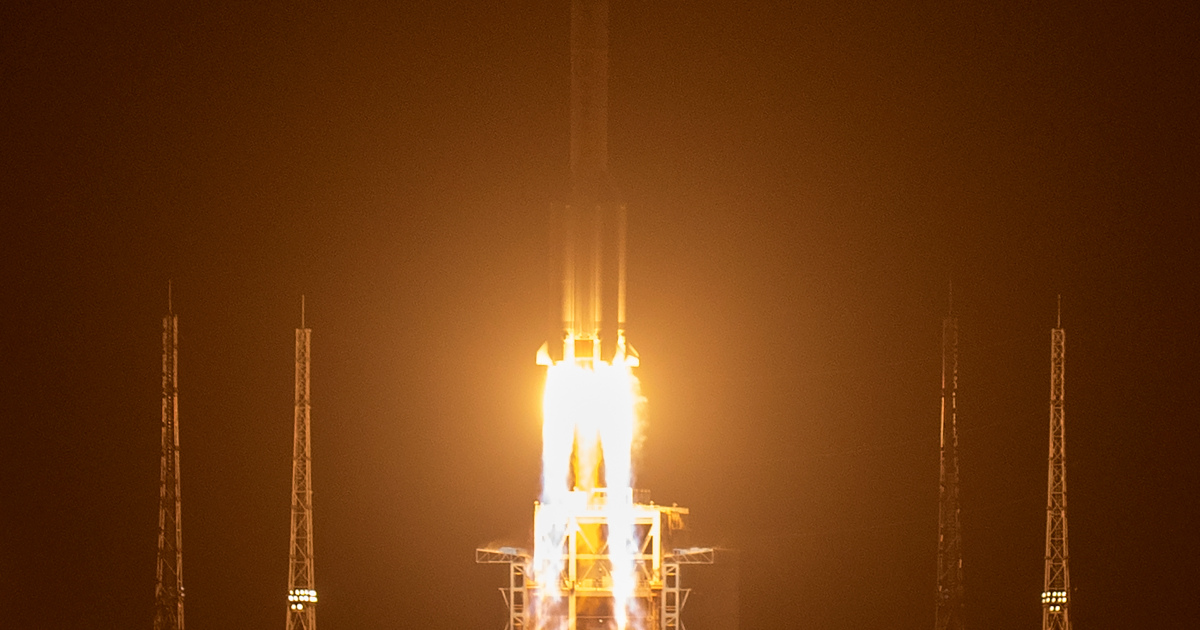 If the Chang’e-5 mission is successful, China will become third country after US and Russia to collect lunar material.

China successfully landed a spacecraft on the moon’s surface late on Tuesday in the first mission to retrieve lunar surface samples in 40 years, said the country’s National Space Administration.

The space agency said the probe had successfully landed on the near side of the moon and sent back images.

China launched its Chang’e-5 probe which is not manned from the southern province of Hainan on November 24. The mission, named after the mythical Chinese goddess of the moon, aims to collect lunar material to help scientists learn more about the moon’s origins and the solar system more generally.

Hua Chunying, a spokesperson for the Ministry of Foreign Affairs, tweeted that the landing was a “historic step” adding that it would also benefit “international cooperation and the peaceful use of space.”

The mission will attempt to collect two kilogrammes (4.4 pounds) of samples in an area that has yet to be explored on an enormous lava plain known as Oceanus Procellarum, or “Ocean of Storms” and if completed as planned, would make China the third nation to have retrieved lunar samples after the United States and Russia.

#Change5 just landed on the #moon. A historic step for China’s universe probe. And for international cooperation and peaceful use of space as well. #MoonLanding pic.twitter.com/5A2vOruKGl

We have a *new* lunar lander!

Here is a wee 🧵 of some maps I made of the landing site region, with major features labelled, starting at 1:300,000 scale (~160 km field of view): pic.twitter.com/hsDuEvSAuG

The lander vehicle is expected to start drilling into the ground with a robotic arm to collect the lunar material in about two days, according to state media.

The samples will then be lifted into orbit and transferred to a return capsule for the return to Earth, where it is expected to land on land in China’s Inner Mongolia region.

If the mission succeeds it will be the first time scientists have secured samples of lunar rocks since Russia (then the Soviet Union) brought material back in the 1970s.

China sent its first astronaut into space in 2003 and made its first lunar landing 10 years later. In January last year, the Chang’e-4 probe touched down on the far side of the moon, the first space probe from any nation to do so and in July it launched a spacecraft to Mars to search for water.

Xiaomi announces the Mi 11 ahead of tipped January launch; to feature the new Snapdragon 888 – Notebookcheck.net