TORONTO — Ontario reported 977 new cases of COVID-19 on Sunday, a slight dip from the day before when new diagnoses spiked above 1,000.

The bulk of the latest cases remain in the province’s four infection hot spots, with 279 reported in Toronto, 238 in Peel, 130 in Ottawa and 113 in York Region.

Public health officials also say the province has seen nine new deaths attributable to the virus over the last 24 hours.

The new provincial data is based on more than 37,100 tests completed over the past 24 hours.

Public health officials say at least 864 cases were classified as resolved during that time period.

Over the last week, officials have maintained that Ontario’s COVID-19 case totals are heading in the right direction despite numbers that have remained high and sometimes surpassed the 1,000 mark. 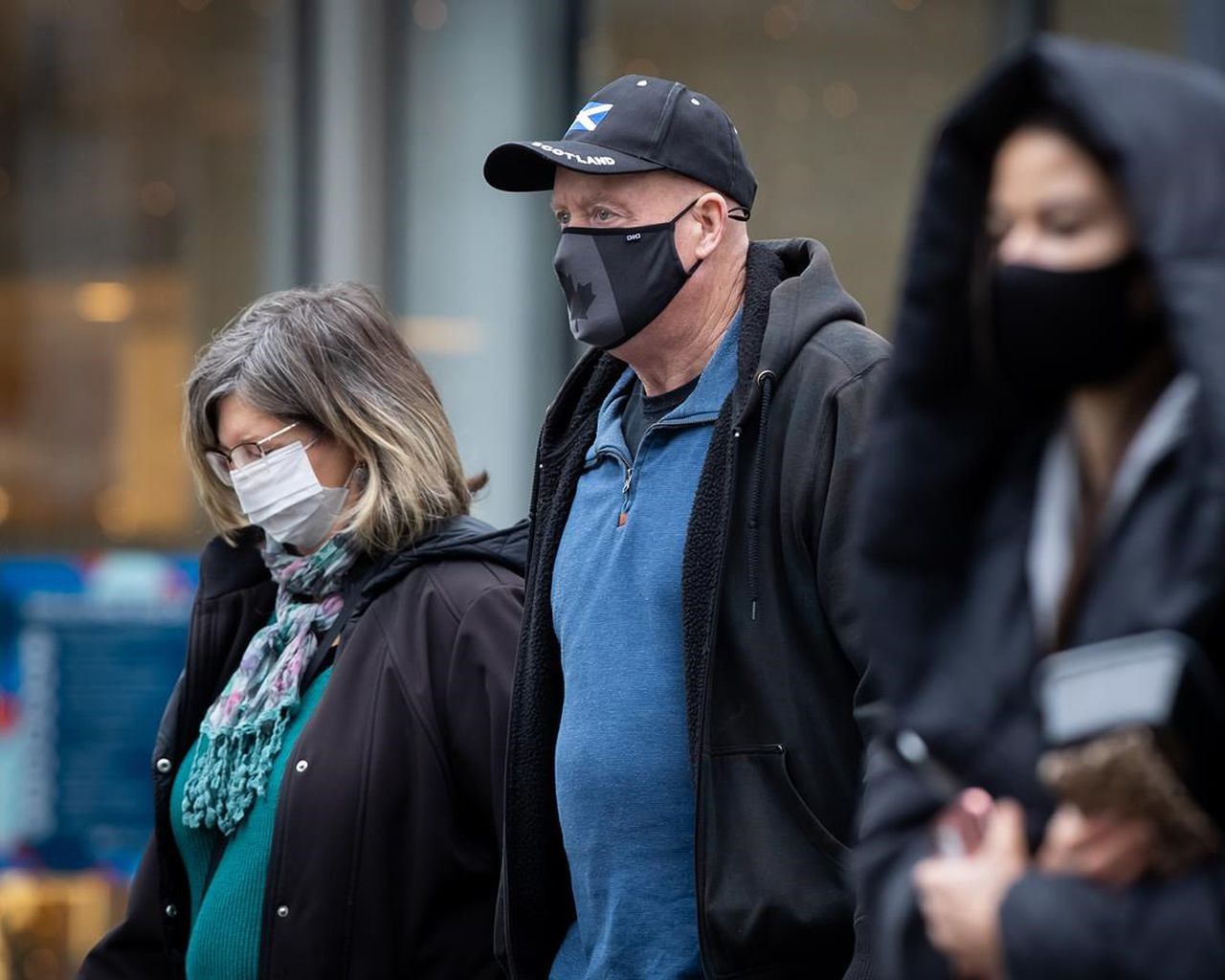 VICTORIA – British Columbia’s top doctor says COVID-19 cases have levelled off in the Fraser and Vancouver Coastal health regions, but they’ve been rising in the North, Interior and to a lesser extent on Vancouver Island.

Dr. Bonnie Henry said Wednesday there is some variability in how the illness is spreading in different areas, but social interactions are driving transmission across the province.

Another 12 people have died in B.C. after contracting the novel coronavirus, while the province reported 834 new cases.

The illness is still spreading quickly, said Henry, and while health restrictions on social gatherings and other activities are set to end Monday, it’s possible the rules could be extended.

Henry is urging people to avoid travelling for non-essential purposes, noting an adult hockey team from the Interior went to Alberta and its members spread COVID-19 in their community when they returned.

“I know that people feel like, ‘Oh it will be OK, we’ve not had any virus here, we’ll be fine.’ But this is just another cautionary tale that right now, you cannot take these types of licence from the restrictions that we’ve put in place for all of our safety,” she said.

“Making an exception for yourself or for your team or for your recreational needs puts a crack in our wall, and we see that this virus can exploit that very easily at this time of year.”

It’s crucial that anyone coming to B.C. over the holidays follows public health rules, Henry added.

“I cannot stop you by an order (from) getting into your car or going on to a plane, but I am asking in the strongest of terms for us to stay put.”

Henry also addressed what she called a small, vocal minority of people who are pushing back against public health rules.

“This is very real. Ask any of the families who have lost a loved one how real this is.”

There are 8,941 active COVID-19 infections in B.C., including 337 people who are in hospital, and more than 10,200 people are being monitored after exposure to a known case. 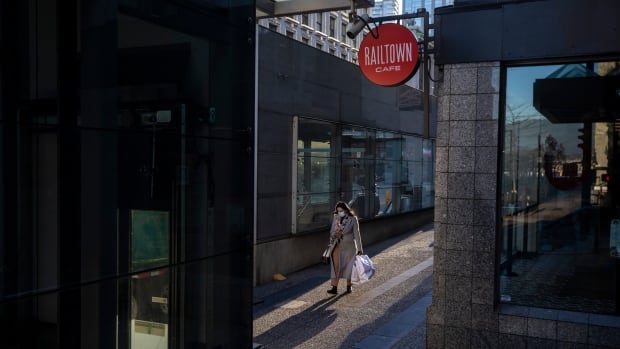 Though B.C.’s active caseload continues to grow and the death toll keeps rising sharply, there is light at the end of the tunnel with news that COVID-19 vaccine rollout is expected to begin in the first week of January.

On Thursday, Provincial Health Officer Dr. Bonnie Henry said the first shipments of vaccines produced by Pfizer and Moderna should begin arriving within weeks, and priority patients including residents of long-term care are expected to get the first shots early in 2021.

By spring, there should be enough doses in the province for the vaccine to become more widely available, and Henry said the goal is to reach everyone who wants a vaccine by September.

But that is still months away, and in the meantime, Henry said it’s more important than ever that people buckle down and get serious about following public health orders and advice.

On Thursday, she announced 694 new cases of COVID-19 and 12 more deaths. There are 325 patients in hospital with the disease caused by the novel coronavirus, a slight dip from Wednesday. Eighty are in intensive care.

Meanwhile, health officials have announced a ban on all indoor and outdoor adult sports as well as new limitations on children’s sports. They’ve also updated the restrictions for group fitness activities.

All the details can be found here.

Henry said Thursday that between 10 and 15 per cent of COVID-19 cases in recent weeks have been linked to sports and recreational activities.

Public health orders remain in place banning all public and community events and limiting social interactions to people within your immediate household. Those orders will be reviewed on Monday.

As of Thursday night, there have been 396,270 cases of COVID-19 in Canada. A CBC News tally of deaths based on provincial reports, regional health information and CBC’s reporting stood at 12,407.

In Quebec, the premier has officially told the public that all Christmas gatherings need to be cancelled this year.

Federal officials released their own details Thursday about the plans for a vaccine, cautioning that the initial supply will be limited — just three million Canadians are expected to get a shot in the first three months of 2021.

Nurse texts dad, asking for ventilators, and a prototype is together in six days – Estevan Mercury 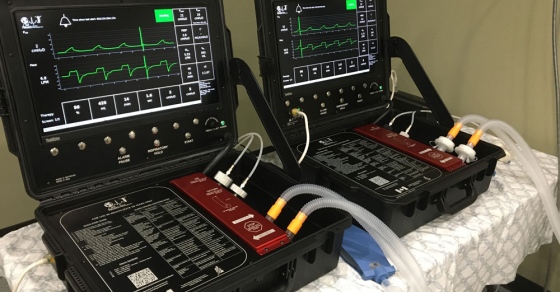 A few days after the global pandemic was declared, Jim Boire got a text from his daughter. Rebecca Erker, a Royal University Hospital intensive care unit nurse.

She is working on her PhD with the respiratory research centre in Saskatoon. As a result, she had a good understanding of what was at stake with COVID-19, and reason to be concerned.

Thankfully, Boire is president of RMD Engineering, a Saskatoon firm whose expertise ranges from beamlines for the Canada Light Source Synchrotron to industrial processes in potash mining, and a whole lot in between.

They’ve worked in uranium, agriculture, and a lot of research and development. His company (which Boire owns with four other partners, all employees) had the expertise and capacity to do something about it. And so they did.

“I got my text from my daughter on March 18. March 24, we had our first prototype built,” Boire said. Now the Saskatchewan Health Authority (SHA) announced Wednesday it would be taking delivery of 100 new ventilators, known as the EUV-SK1, in short order. The first 20 are ready to go out the door, and the company has most of the parts in place to build as many as 1,000 units.”

According to a Ministry of Health press release, there are currently approximately 650 ventilators available in Saskatchewan’s health system, enough to meet the need. They range from high-end critical care type ventilators to more basic sub-acute ventilators. The SHA’s purchase from RMD will increase that number to about 750.

But getting from a text to a prototype for an approved ventilator wasn’t easy, nor was it a quick process.

Very early on, the deans of both the University of Saskatchewan College of Engineering and College of Medicine got involved. Top respiratory technologies, respirologists, and ICU nurses were brought in within short order to develop this totally new product.

Boire said, “As soon as we asked for them to help, they helped with open arms. And you have a team like that, that knows exactly what something is supposed to do. And the capability to build something that can do that, then all you need are the codes and standards and validation equipment to make sure it meets the required level of quality.”

Asked if it was like converting to war production in 1940, Boire said, “I’ll tell you, that’s exactly the way it started.

“They stopped and said, ‘You know what, it’s probably time now that everybody starts looking at this as the biggest humanitarian effort this company has ever done.’ And it was just an awesome way to get out of that firefighting mode. And then one of our instrumentation leads said, ‘This is not a sprint. You guys can’t keep working 18 hours a day. This is going to be a marathon.’

“And it really helped pull the whole team back down to the ground, and get them out of that adrenaline mode, and really start focusing on the work breakdown, structure in the tasks at hand, and who’s responsible for what and what’s this timing going look like and when is this going in.”

His references to firefighting are authentic, as the company has built support equipment for water bombers.

They soon realized that the whole world was looking for critical parts, which almost immediately went into short supply and were being hoarded. Some items, like wire, saw huge price spikes. So RMD quickly realized it had to work on this project quietly, and develop a product that avoided critical path component shortages.

Boire said, “Instead of using the newer, more conventional turbine method, we knew those would be a hot commodity, when the world proclaimed they needed over a million of these. As you can imagine, that turbine is a complicated piece of equipment. We went the other way. We went back to being simple,” Boire said. “We have very, very few moving parts in our machine. There’s four moving parts.”

He explained, “This is an emergency use ventilator, so it needs to be used in the hospital or in an emergency hospital situation where they have line medical air and line oxygen so that’ll be running at 50 PSI. And then we control everything with proportional solenoids.”

There are two tubes coming into the device, which is in a large Pelican case, and two tubes coming out. They had them on hand because of another government project they’re working on. The lid includes an IBM screen.

“They’re all high reliability components,” he said. It runs off 110 volt AC power.

They had previously made the biomedical imaging line for the Canadian Light Source, but they weren’t a medical device manufacturer. The list of specifications, protocols and standards was extensive.

And those standards, in some ways, simplify things. Boire said, “We don’t have any proprietary stuff on there, so all of the circuits, all the nebulizers everything fits on there. All that is covered off in standards. And I think that’s one of the biggest things to understand is when you go down this path, it is very prescriptive on everything. The machine has to do all of the standards it has to meet, including operational standards.”