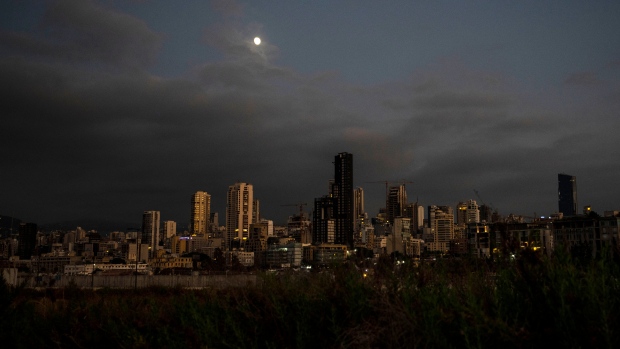 HALIFAX —
Nova Scotia’s proud Lebanese community is expressing concern about the economic crisis that is occurring in their homeland.

Just three weeks into a new job at a portrait studio in the Halifax-area, Victoria Joumaa has enough on her mind.

These days, though, there are additional worries in her homeland of Lebanon.

For the nearly seven million people in Lebanon, the bad has already happened.

After decades of apparent Government corruption, the country’s economy has all but collapsed. Inflation has soared, the currency has lost most of its value, and there are extreme shortages of everything.

If all of this is news to you, you’re not alone.

Experts say COVID-19 and the crisis in Afghanistan have kept the world’s attention away from Lebanon.

“So, with those two major items taking up a lot of oxygen in Global politics, there’s been a slight oversight of just how severe the crisis is mounting in Lebanon,” said Robert Huish, an Associate Professor at Dalhousie University’s Department of International Development Studies.

“You have a weakened economy, and when the port suffered that explosion in Lebanon last year, it crippled the access to resources that the country needed in order to sustain itself. And in that year, the government has done nothing to pursue who’s responsible for this crisis, and also to come up with real, plausible measures to make sure that people have access to resources.”

The situation is so bad at the moment, the Honorary Consul of Lebanon in Halifax is re-considering a planned trip to his homeland.

“I am booked to go in two weeks, and for the first time in my life, I’m kind of hesitant,” developer Wadih Fares told CTV News Monday.

“It is a very difficult situation in Lebanon to say the least. It’s tragic in a way. The problem is, we don’t see any solution in the near future, and that’s really making it a lot harder,” Fares added.

“Lebanon was hit with a lot of things. You start with the pandemic. The lack of resources really put a strain on the economy to start with, and then the political tension and the inability of the politicians to really form a government for the last year, years and a half. All the Syrian refugees in Lebanon…Our economy is in a free fall.”

Fares says he and others were working on getting medical supplies to Lebanon, but nothing is easy given the complicated political entanglements of the Middle East.

None of this news to Victoria Joumaa, who’s got more immediate concerns, including a fundraising campaign to sponsor some young cousins and bring them to Canada.

“What we can do is gather the Lebanese community here, and find a way to give Lebanon a stronger voice to overcome their government, to empower them and help them make their voice stronger and given them the rights and freedoms that they deserve,” said Joumaa.