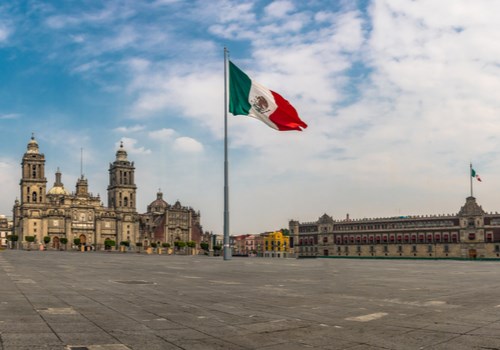 The suspension of licensing rounds may have disappointed the private sector. But international treaties offer crucial protection against further unwinding of the country’s energy reforms

Mexico’s appetite for foreign investment has changed dramatically since the landmark energy reforms that began in late 2013. Bidding rounds opened the door to a wave of IOCs eager to participate in the country’s upstream, ending almost 80 years of state-controlled monopoly. But since the inauguration of President Andres Lopez Obrador in late 2018, operators have faced a very different government stance.

For concerned onlookers, unitisation discussions between Pemex and several IOCs are also critically important for foreign involvement in Mexico’s upstream. The national hydrocarbons commission is mediating disputes over operatorship and majority stakes in key offshore fields. Its decisions will likely have big implications for how aggressive the government could be in potentially rolling back Mexico’s reforms or even appropriating contracted fields.

But while foreign operators may feel uneasy about the government’s attitude towards the private sector, several ratified international treaties provide some important investor protection, according to a panel of experts on a PE Live webcast in early November.

“In my view, Mexico could not scale back the energy reforms in a manner which is consistent with its obligations under the USMCA” Rodriguez-Cortina, King & Spalding

In December 2018, the Comprehensive and Progressive Agreement for Trans-Pacific Partnership (CPTPP) trade agreement came into force, with Mexico the first of eight signatories. This year, the US-Mexico-Canada Agreement (USMCA) was also approved, replacing the existing North American Free Trade Agreement (Nafta). Mexico signed the multi-lateral treaty in April, and the agreement was fully ratified in July. The USMCA deal forms the second largest free-trade zone in the world after the EU, with the CPTPP in third place.

“In general terms, investors in the oil and gas industry continue to be protected today under investment treaties, the same way, or at least in a similar way, to which they were protected when the energy reforms were passed in late 2013,” explains Fernando Rodriguez-Cortina, senior associate at law firm King & Spalding.

He points out, however, that the oil and gas industry falls within an exception as a “covered industry” under the USMCA, meaning that, in addition to the general framework of investment protection under the agreement, the industry gets fair and equitable treatment and protection against indirect expropriation. Companies get the same protections afforded under the CPTPP, which is similar to Nafta but with certain limitations.

But to receive protection, investors and their affiliates, must be part of what the USMCA defines as a “covered government contract”. “Production sharing agreements, licences and other agreements with the National Hydrocarbon Commission, and other national authorities, would fall under this category,” says Rodriguez-Cortina.

One concern remains, though, that Mexico could yet amend its constitution to roll back the energy reforms. But Rodriguez-Cortina doubts the government would succeed even if there was enthusiasm to do so. “In my view, Mexico could not scale back the energy reforms in a manner which is consistent with its obligations under the USMCA,” he explains. “There has been some discussion as to whether Mexico is allowed under the USMCA to amend the constitution to repeal the energy reforms. Mexico would have the sovereign right to reform its constitution. However, they cannot make amendments in a way that would be inconsistent with their investment treaty obligations.”

A second point Rodriguez-Cortina highlights is that the CPTPP expressly mentions the energy reforms in one of its annexes. The conclusion is that Mexico will likely have difficulty making conditions more restrictive for investors while still bound to both treaties.

Rodriguez-Cortina does caution, however, that while the CPTPP and the USMCA treaties are likely to protect Mexico’s energy reforms for now, that does not mean the government’s stance will not impact existing and future investment decisions. “Investment treaties are great instruments that afford protection to investors, but they are certainly not insurance policies” he says. “Like in any dispute, there is no guarantee that you will prevail, and investors understand this. They have to weigh up all of the different factors to decide if they will continue to make new investments.”

The latest PE Live webcast, Harnessing opportunities laid down by Mexico’s energy reforms, in association with King & Spalding, is now available on demand.

TORONTO, Dec. 03, 2020 (GLOBE NEWSWIRE) — Today, RioCan Real Estate Investment Trust (“RioCan” or the “Trust”) (TSX: REI.UN) announced a reduction of RioCan’s monthly distribution to unitholders from $0.12 per unit to $0.08 per unit, or from $1.44 to $0.96 on an annualized basis. RioCan’s Board of Trustees has determined the reduction is appropriate given ongoing uncertainty as a result of the pandemic. This decrease will be effective for the Trust’s January 2021 distribution, payable in February 2021.

“As RioCan continues to navigate through the uncertain retail landscape created by the COVID-19 pandemic and faces an unknown length and breadth of closures, the Board has taken the prudent action of reducing our distribution. A more conservative payout ratio is important in this undeniably challenging environment despite our well positioned portfolio, solid base of tenants and deep liquidity,” said Edward Sonshine, Chief Executive Officer of RioCan. “At the same time, we believe the current circumstances present an opportunity for us to optimize our capital allocation towards accretive initiatives as we remain committed to driving value creation for our unitholders and increasing distributions from this new base as conditions permit.”

RioCan’s Board of Trustees will reevaluate the distribution on a regular basis, taking into account various factors including, but not limited to, market stabilization as the health crisis dissipates, cash flow and leverage.

About RioCan
RioCan is one of Canada’s largest real estate investment trusts. RioCan owns, manages and develops retail-focused, increasingly mixed-use properties located in prime, high-density transit-oriented areas where Canadians want to shop, live and work. As at September 30, 2020, our portfolio is comprised of 221 properties with an aggregate net leasable area of approximately 38.4 million square feet (at RioCan’s interest) including office, residential rental and 16 development properties. To learn more about us, please visit www.riocan.com.

Forward Looking Information
This News Release contains forward-looking information within the meaning of applicable Canadian securities laws. This information reflects RioCan’s objectives, our strategies to achieve those objectives, as well as statements with respect to management’s beliefs, estimates and intentions concerning anticipated future events or expectations that are not historical facts. Forward-looking information generally can be identified by the use of forward-looking terminology such as “outlook”, “objective”, “may”, “will”, “would”, “expect”, “intend”, “estimate”, “anticipate”, “believe”, “should”, “plan”, “continue”, or similar expressions suggesting future outcomes or events.

Forward-looking information is not a guarantee of future events or performance and, by its nature, is based on RioCan’s current estimates and assumptions, which are subject to numerous risks and uncertainties, including those described in the “Risks and Uncertainties” section in RioCan’s MD&A for the period ended September 30, 2020 and in our most recent Annual Information Form, which could cause actual events or results to differ materially from the forward-looking information contained in this News Release.

The forward-looking statements contained in this News Release are made as of the date hereof, and should not be relied upon as representing RioCan’s views as of any date subsequent to the date of this News Release. Management undertakes no obligation, except as required by applicable law, to publicly update or revise any forward-looking information, whether as a result of new information, future events or otherwise.

Japan may create up to $19 billion fund to promote green investment: sources – TheChronicleHerald.ca

By Yoshifumi Takemoto and Kaori Kaneko

The fund will be part of the government’s third stimulus package to be compiled next week, which will also consist of measures to prevent the spread of the novel coronavirus and spending for disaster-proof infrastructure, the officials said.

It is one of several funds the government is considering creating, with targets including technical development in battery storage and carbon emission reduction, the officials said.

Prime Minister Yoshihide Suga has pledged to make green investment a pillar of his policy agenda as Japan aims to cut greenhouse gas emissions to net zero by 2050.

To that end, Japan may ban sales of new gasoline-engine cars by the mid-2030s in favour of hybrid or electric vehicles, public broadcaster NHK reported on Thursday.

Japan may create up to $19 billion fund to promote green investment: sources – The Guardian

By Yoshifumi Takemoto and Kaori Kaneko

The fund will be part of the government’s third stimulus package to be compiled next week, which will also consist of measures to prevent the spread of the novel coronavirus and spending for disaster-proof infrastructure, the officials said.

It is one of several funds the government is considering creating, with targets including technical development in battery storage and carbon emission reduction, the officials said.

Prime Minister Yoshihide Suga has pledged to make green investment a pillar of his policy agenda as Japan aims to cut greenhouse gas emissions to net zero by 2050.

To that end, Japan may ban sales of new gasoline-engine cars by the mid-2030s in favour of hybrid or electric vehicles, public broadcaster NHK reported on Thursday.