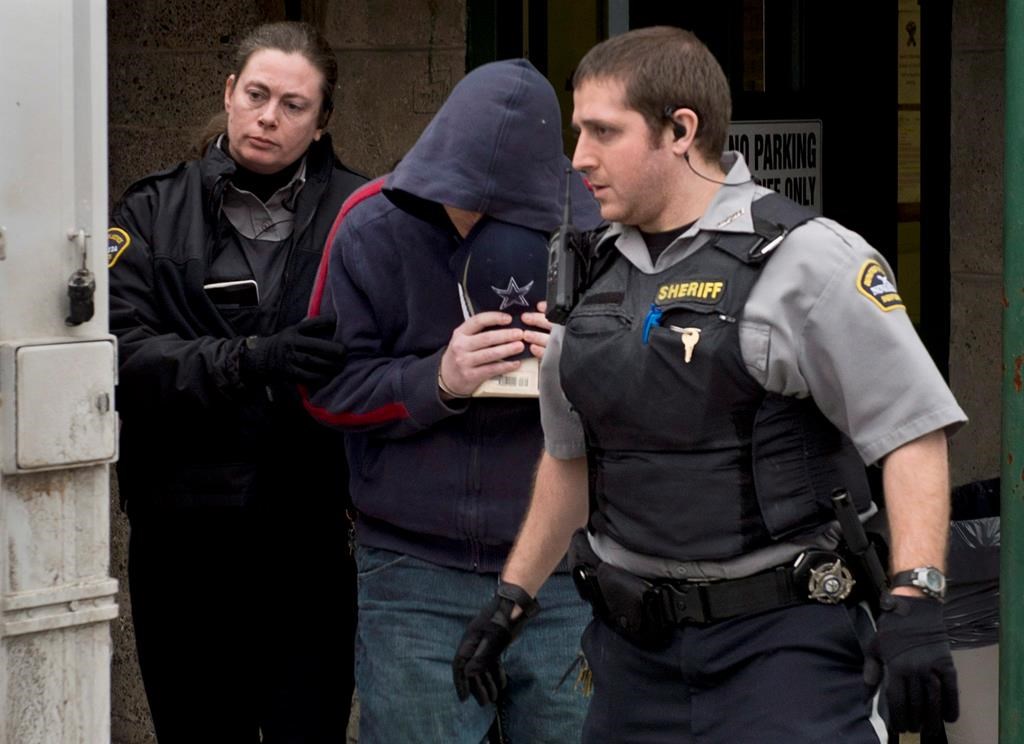 OTTAWA — Federal officials lost or possibly destroyed sensitive records about the case of a naval officer convicted of selling secrets to Russia, an investigation by Canada’s information commissioner has found.

The commissioner’s probe, which involved the country’s top public servant and the prime minister’s national-security adviser, left key questions unanswered because the classified records about the spy case could not be located.

The episode began seven years ago when The Canadian Press filed an Access to Information Act request with the Privy Council Office for briefing notes, emails and reports about the case of Jeffrey Delisle from a three-week period in the spring of 2013.

Delisle, a troubled junior naval officer, had been sentenced to 20 years in prison after pleading guilty to passing classified western intelligence to Russia in exchange for cash on a regular basis for more than four years.

The access law, intended to ensure government transparency, allows people who pay a $5 fee to ask for a wide array of federal documents, with some specific exceptions.

The Privy Council Office, the apex of the federal bureaucracy, responded in August 2013 that the records concerning Delisle would be entirely withheld from release because they dealt with matters such as investigations, international relations and detection of subversive or hostile activities.

The Canadian Press complained the following month to the information commissioner, an ombudsman for users of the law who has the power to review documents and decide whether they have been properly withheld.

The events that followed were detailed this month in a letter to the news agency from information commissioner Caroline Maynard.

The commissioner’s office asked in 2013 for an uncensored copy of the files to examine and the Privy Council Office said arrangements would be made for an investigator to view the sensitive records on site.

However, it appears more than five years passed before the commissioner’s office followed up.

In July 2019, the deputy director of the Privy Council Office corporate-services branch told one of the commissioner’s investigators the documents had “most likely” been inadvertently destroyed.

Maynard then issued an order to Greta Bossenmaier, the national security and intelligence adviser to the prime minister at the time, to produce the records — a move aimed at determining whether they had indeed been purged.

The director provided a few more clues: in 2013, an access analyst viewed the records in a secure area of the office’s security and intelligence secretariat. They were then placed in a folder that appears to have been returned to a different cabinet.

“Should the documents be located, PCO will inform your office,” he wrote.

As the PCO had still not confirmed the status of the documents, Maynard asked Privy Council clerk Ian Shugart in a Dec. 30, 2019, letter to provide any existing records by Jan. 20.

“I also urged the clerk to ensure that PCO take the necessary steps to guarantee that all records relevant to ongoing (Access to Information) complaints are properly stored,” says Maynard’s letter to The Canadian Press.

The Privy Council Office’s assistant deputy minister replied to Maynard last month that the records could not be found and called the matter “an isolated incident.”

Since the incident, the PCO “has committed to ensuring a more rigorous approach” is taken with such requests, said Pierre-Alain Bujold, a Privy Council Office spokesman.

The PCO says it now directs officials to make copies of sensitive documents, ensure the request number is prominently displayed, and place the file in a centralized vault for safekeeping and future reference.

Natalie Bartlett, a spokeswoman for Maynard, declined to comment, saying the access law doesn’t allow the office to discuss an investigation unless and until it is published in a report.

In her letter to The Canadian Press, Maynard, who became commissioner in March 2018, apologized for the delay in investigating the complaint.

Maynard said that upon her appointment she instituted measures to ensure older complaints “continue to be actively pursued and that files do not remain unassigned for lengthy periods of time.”

She added that in this case, without the records, “I cannot effectively assess whether PCO was justified in refusing access, in whole or in part, under the act, nor can I prospectively recommend that information, incapable of being located, be disclosed.”

This report by The Canadian Press was first published Feb. 23, 2020.

'The time has come': Despite pleas from government, no sign of blockades coming down – CTV News

The United States will revoke its designation of the Colombian group the Revolutionary Armed Forces of Colombia as a foreign terrorist organization on Tuesday while designating two breakaway groups as such, a senior State Department official said on Friday.

A review of the terrorist listing – required every five years under U.S. law – found that the leftist organization known by the Spanish acronym FARC should no longer be listed, The official said.

But the two dissident groups that have formed out of FARC, La Segunda Marquetalia and FARC-EP, or People’s Army, would be designated as foreign terrorist organizations, the official said.

“It’s a realignment to address these current threats,” the official said. “The FARC that existed five years ago no longer exists.”

Founded in 1964, FARC was responsible for summary executions and kidnappings of thousands of people, including Americans.

On Tuesday, Reuters reported that the United States was preparing to remove FARC from the list five years after the group signed a peace agreement with Bogota.

The State Department notified the U.S. Congress on Tuesday of its planned delisting of FARC. The Colombian government was formally notified on Wednesday.

The government of Colombia did not immediately respond to a request for comment.

The decision will allow U.S. government agencies like the U.S. Agency for International Development to work on peace implementation in parts of Colombia where demobilized FARC soldiers are located, the official said.

“This is a priority for the Colombian government in the implementation of the peace agreement,” the official said.

(Reporting by Daphne Psaledakis and Simon Lewis in Washington; Additional reporting by Oliver Griffin in Bogota; Editing by Mark Porter and Leslie Adler)

Tunisian police on Friday shot and wounded an extremist who sought to attack them with a knife and cleaver in the capital, authorities said.

The 31-year-old man, whose identity was not disclosed, shouted, “God is great. You are infidels,” as he ran toward police officers near the interior ministry, the ministry said in a statement.

Witnesses and local media said police shot the man in the leg and arrested him. The man, who was previously labelled an extremist by the government, was taken to hospital and is being investigated by an anti-terrorism unit, officials said.

Tunisian security forces have thwarted most militant plots in recent years and they have become more efficient at responding to those attacks that do occur, Western diplomats say.

The last major attacks in Tunisia took place in 2015 when militants killed scores of people in two separate assaults at a museum in Tunis and a beach resort in Sousse.

At least 19 killed in bus crash in central Mexico

At least 19 people were killed and 20 more injured on Friday when a passenger bus traveling on a highway in central Mexico crashed into a house, authorities said.

The brakes on the bus, which was heading to a local religious shrine in the state of Mexico, failed, according to local media reports. State authorities did not disclose the possible causes of the accident.

Assistant state interior secretary Ricardo de la Cruz Musalem said that the injured had been transferred to hospitals, including some by air.

The state Red Cross said 10 ambulances had rushed to the area.

Ocean Economy: The Next Wave of Sustainable Innovation – Visual Capitalist