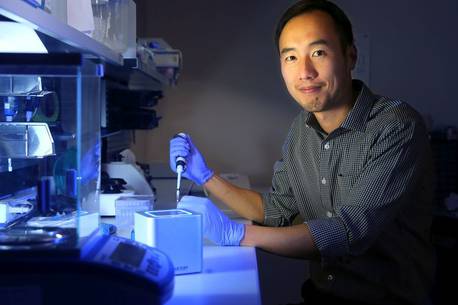 Less than three months after regaining Health Canada approval for its portable COVID-19 testing technology, Spartan Bioscience has again halted shipments of its product after acknowledging an unspecified technical glitch.

The result: insolvency and much uncertainty about its future.


“This is not a patient safety issue,” said Jennifer Ross Carriere, interim CEO of Spartan,”and we are working hard to resolve it.”

Spartan withdrew its DNA-testing device a year ago after initial test kits ordered by the federal government and several provinces provided sub-standard results. The Ottawa firm had spent months re-engineering its lab-in-a-box so that the swab would collect bigger COVID-19 samples. Health Canada granted approval again on Jan. 22.

Whatever the technical issue, the consequences of the second stoppage have been far more severe. Spartan had been spending rapidly to accommodate what it believed would become a $200 million-a-year business. With its revenues suddenly cut off for an undetermined amount of time, the company was forced Monday to file for protection from its many creditors while it sorts out its options.


Greg Adams, associate partner with the trustee Ernst & Young, said Spartan hopes to find a new investor or a buyer in the coming weeks or months and, in the meantime, will introduce measures to cut costs.

A list of creditors compiled by E&Y shows at least $72 million worth of claims, including $16.6 million for Health Canada, $9.8 million for the Ontario Agency for Health Protection & Promotion, $8.8 million for CHU de Québec-Université Laval and $1.7 million for a couple of Alberta agencies.

Also on the hook are Business Development Canada ($8.8 million) and Casa-Dea Finance Ltd. ($6.9 million). Sanmina, which has been gearing up to manufacture large volumes of Spartan’s testing kits, is owed $6.25 million. Promega Corp., a specialist in various aspects of DNA testing and extraction, has a claim of nearly $3.8 million.

Spartan’s balance sheets were not immediately available so it’s not known how many assets are available to offset the amounts owed.

Certainly Spartan had been burning through cash at a significant rate. Last January, in anticipation of a favourable Health Canada ruling, the firm had been producing 60,000 test kits per week with the intention of more than tripling that amount by the end of February. It’s not clear it got that far before technical issues emerged.  However, Health Canada and provincial agencies clearly forwarded large sums of money in order to secure deliveries.

Depending on the nature of the technical fix that needs to be applied, it’s possible a new investor can be found to rescue Spartan’s business — and that its creditors could recoup at least part of the money owed to them.

Whatever the ultimate result, this has been a severe setback for what had promised to be a rare Canadian success story in the COVID-19 testing industry, which is dominated by life science multinationals such as Roche and Baxter.

“We believe Canada needs more innovation in the biosciences sector,” said Carriere. “We are incredibly proud of our team for quickly designing and manufacturing the only made-in-Canada rapid diagnostic PCR COVID-19 test.”

Turns out Health Canada was right to take its time testing Spartan’s technology last year.  A new investor or owner, assuming one can be found, will now face even more skepticism.

Gold is one of the largest financial assets in the world with an average daily trading volume of $183 billion, and its value has seen explosive growth in recent years.

But not all investors are in love with gold. Warren Buffett has spoken out numerous times on his doubts, calling it an asset with “no utility.”

“It doesn’t produce anything and that’s why from a long-term perspective, it’s a hard asset to invest in,” Odyssey Capital Advisors chief investment officer Jason Snipe said. “It’s prudent portfolio management to have maybe a small allocation there but this is not an asset that you want to be heavily entrenched into if you’re looking for long-term yield.”

Since 2011, the S&P 500 has returned more than 16% on an annualized basis. The annualized return for the 10-year Treasury note sat at just over 2% in that time period. Gold, meanwhile, has fallen slightly over the past 10 years.

“Early on, you see strong performance, strong return or yield from commodities such as gold. Generally, as we move into a different cycle, gold is not as great a performer as we move into a normalized environment,” Snipe said.

Whether gold is an effective hedge against market volatility is also widely debated among experts.

Watch the video to find out more about how gold performs as an investment.

Ontario supports $31.5 million surge within the Southwestern Ontario economy with $2.6 million being invested in Wellington County through the Regional Development Program.

The investment by Wellington County manufacturers, which will build on domestic manufacturing is being supported by the Ontario government, will help to create 71 jobs and retain 150 jobs.

“Through the Regional Development Program, our government is making targeted investments in local manufacturers to help them create good, local jobs,” said Vic Fedeli, Minister of Economic Development, Job Creation and Trade in a statement.

“These projects are making a significant impact in communities and economies across the Wellington County region and Southwestern Ontario by helping to secure the private-sector investment that will support strong regional growth.”

The investments are as follows:

The Regional Development Program for Eastern and Southwestern Ontario was launched by the government in November of 2019.

The third step is identifying growth drivers. Sanders carries with him words from an old mentor – ‘always understand what drives top-line revenue’. For example, when Sanders first invested in Amazon back in 2003, when it was $17 a share, online penetration of retail sales in the U.S. was only 3%, but he believed that number was going to grow substantially over time. He met with Jeff Bezos who explained his competitive advantages – widest selection, lowest prices and convenience – completed his analysis and bought the stock. Sanders said: “That’s an example of a company that had a clear growth driver – penetration of its end market with offline retail going online.”

The fourth step is a financial statement analysis, getting into the nitty gritty of the balance sheets from a cash-flow perspective, while the fifth step is a management team assessment. Sanders is not interested in a company’s latest shiny product but instead wants to understand the key assumptions that go into his team’s investment process. ESG factors are also analysed at this stage, including how the board is made up and the compensation model.

Step six is critical and involves Sanders laying out four scenarios – best case, base case, bear, and worst, which are all five-year minimum discounted cash-flow models. The base case is what he thinks the stock is worth today, an estimate of cents on the dollar or intrinsic value. If Sanders believes a stock is worth $100 and it’s trading at $70, it’s 70 cents. He said: “We have this list of companies we’re following, and it’s ranked by cents on the dollar every morning. When stocks get to 70 cents, we recheck the analysis and we buy, and when stocks get up to 100 cents, we sell. That, in a nutshell, is our process.”

Every quarter these values are updated, in step seven, so it’s a moving target, underpinned by deep fundamental research that involves a 10-person team looking at one stock at a time before presenting it the team for debate.

While many investors focus on what is happening that quarter, Sanders told WP he thinks longer term, an approach illustrated by the crash of March 2020. He saw a health crisis, not an issue with the consumer, who ultimately drives the economy. Now in his third market cycle of managing money, the portfolio manager recognized that many elements were actually in good health, from millennials with no mortgages, a housing market at steady levels in the U.S. as it continued its recovery from the 2008 Global Financial Crisis, and a banking system that was doing well after 10 years of Federal Reserve stress tests.

A Canadian COVID-19 study that turned out to be wrong has spread like wildfire among anti-vaxxers – CBC.ca