The new coronavirus that emerged in central China at the end of last year has now killed more than 2,400 people and spread around the world.

Outside mainland China there have been 26 deaths and more than 1,500 infections reported, with cases concentrated in South Korea and the Diamond Princess cruise ship quarantined off Japan.

Here is a roundup of the areas where cases of COVID-19, the virus’s official designation, have been confirmed:

As of Sunday some 77,000 people had been infected and 2,442 had died across mainland China, the majority in and around Wuhan, the capital of Hubei province, where the outbreak was first reported.

Ten infections have been counted in Macao.

South Korea: 602 people have been infected by the virus and six people have died. The number of cases jumped sharply in recent days after an outbreak cluster in a religious sect in southern city Daegu.

Japan: more than 130 people have been infected and four have died. Three of those deaths were passengers who had been on the cruise ship Diamond Princess, quarantined off Japan, where the number of infections is now at 630.

Taiwan: 26, including one death

Philippines: 3, including one death 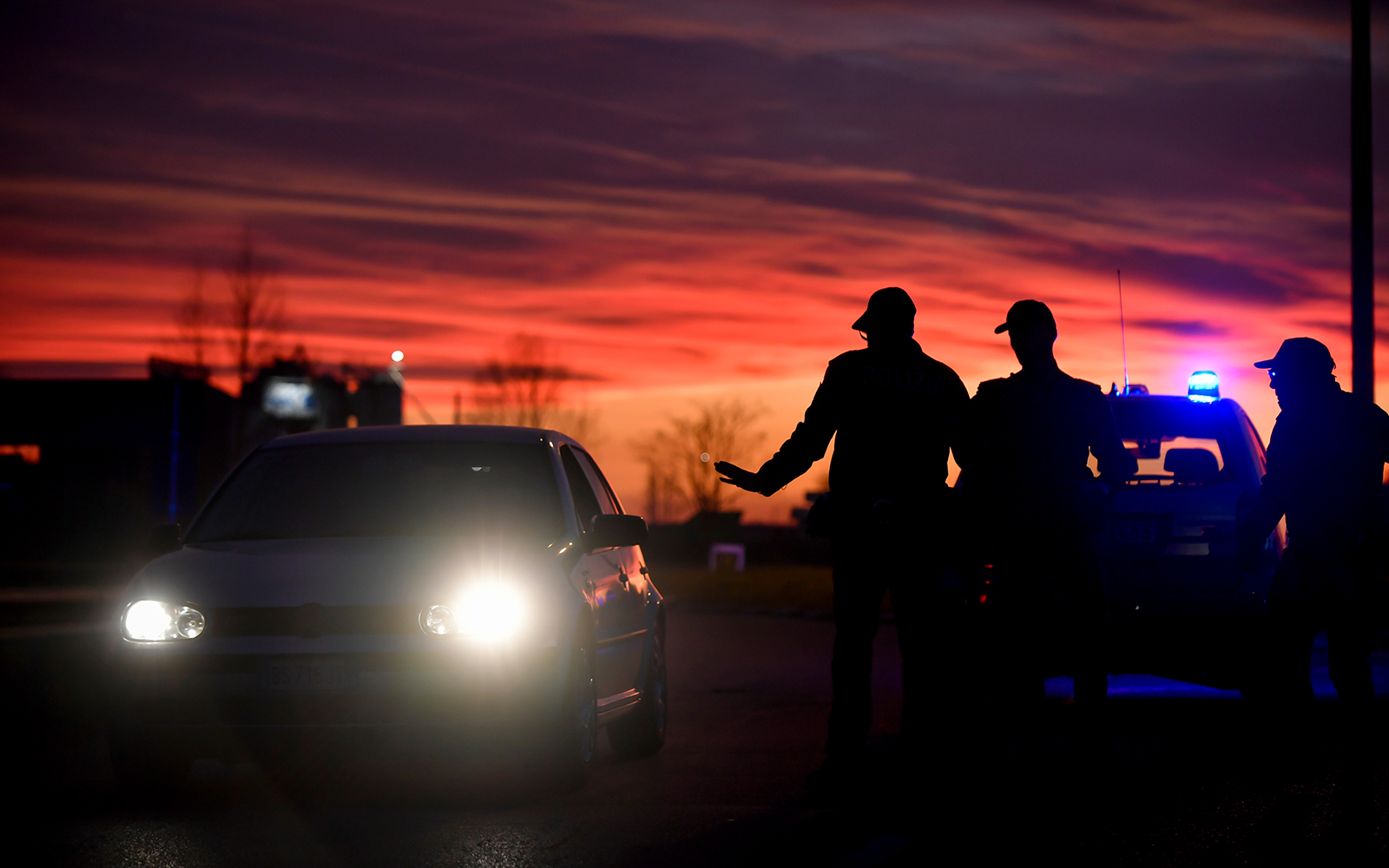 Police stop cars at the border of an area under quarantine due to a coronavirus outbreak in Casalpusterlengo, Northern Italy, Feb. 23, 2020. (Claudio Furlan/LaPresse via AP)

Italy: 149, three deaths. On Saturday Italy became the first country in Europe to put some of its citizens under quarantine, with over 50,000 residents in 11 towns in lockdown.

France: 12, including one death 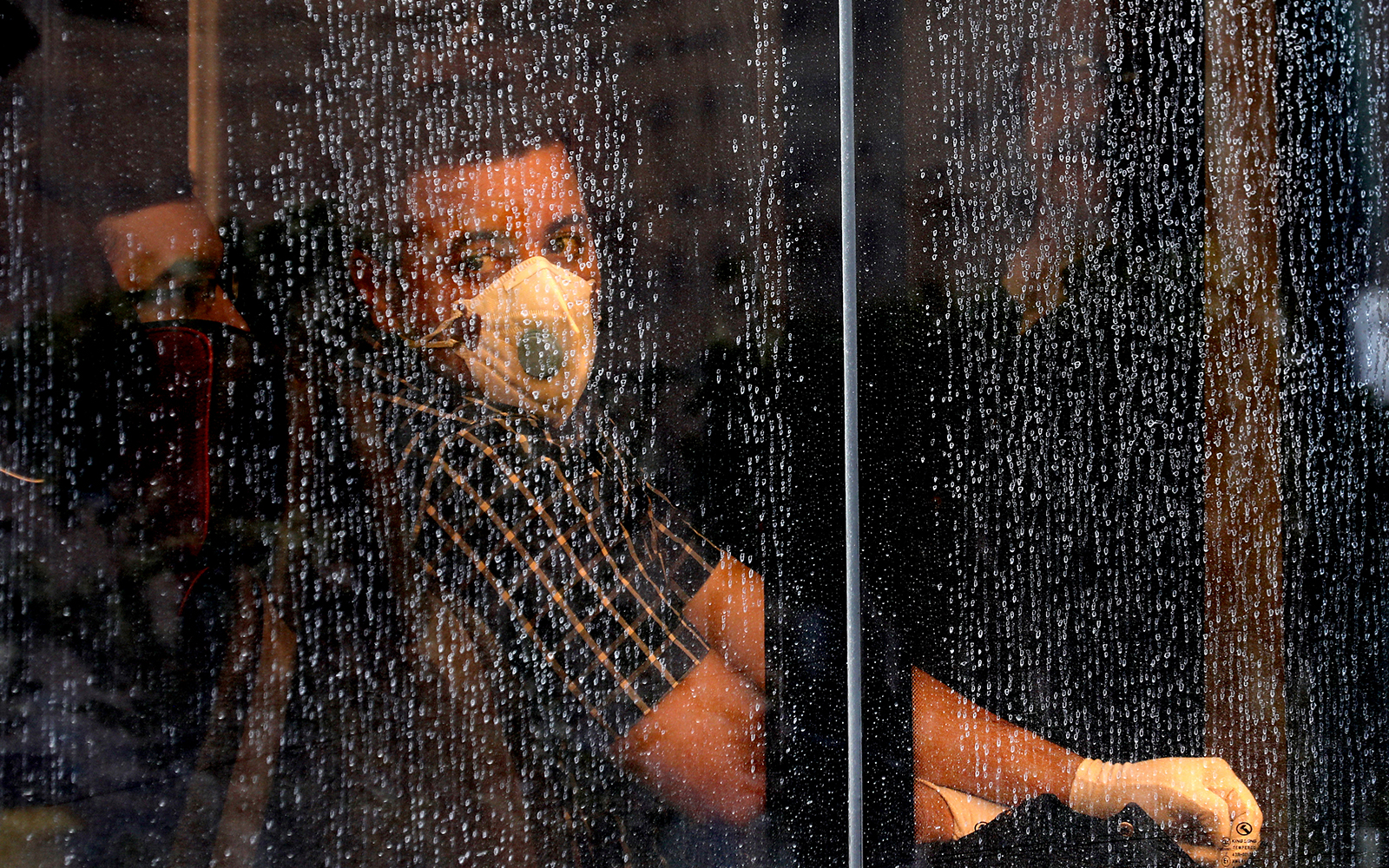 A commuter wears a mask amid coronavirus fears on a bus in Tehran, Iran, Feb. 23, 2020. (AP Photo/Ebrahim Noroozi)

Iran: 43, 8 deaths, the largest number of fatalities of any country outside China.

The chief medical officer of health told reporters during a news conference Saturday that monkeypox cases in the province remain low — so far only three have been confirmed.

But Dr. Saqib Shahab says if people meet the risk criteria and have concerns, they should call the province’s 811 HealthLine for advice on testing, as well as on obtaining a pre-exposure vaccination.

The Saskatchewan Health Authority issued a news release saying the warning about catching monkeypox through anonymous sexual contact is due to recent known cases.

It adds information reported to public health, related to travel into and out of province, has prompted the alert.

Shahab says Saskatchewan wants to do everything it can to prevent a surge in cases.

“I think with travel interactions throughout Canada in the summer, I think this risk was bound to change for us in Saskatchewan and that’s why we are now really opening up the vaccine, not just for post-exposure prophylaxis, but for pre-exposure as well, for the very targeted group that we’ve identified,” Shahab said at the news conference.

“Obviously we don’t want over-testing happening, but in the right context, I think it’s important to seek testing, exactly for the reason that we don’t want to miss cases.”

So far, he said there have been no cases in Saskatchewan where a history of exposure hasn’t been identified. Additional vaccine doses have been ordered now that the province has expanded eligibility, he noted.

Monkeypox, which comes from the same family of viruses that cause smallpox, has been endemic in parts of central and west Africa for decades and was not known to trigger large outbreaks beyond the continent until May.

It causes fever, headache, swollen lymph nodes and lethargy, followed by the development of a rash over a person’s body. It spreads through close, personal, often skin-to-skin contact, touching bodily fluids or lesions of a person who is sick with the disease or exposure to contaminated objects such as bed linens or clothing.

The Public Health Agency of Canada says the majority of domestic cases are among men who reported intimate sexual contact with other men. Having multiple sexual partners may increase one’s overall risk, but the agency says the risk of exposure is not exclusive to any group or setting.

The number of Canadian monkeypox cases surpassed 1,000 just this week, though there are early signs the virus may now be spreading at a slower rate.

This report by The Canadian Press was first published Aug. 13, 2022.

The Saskatchewan Health Authority is alerting the public of an elevated risk of acquiring monkeypox through anonymous sexual contact.

Recent known cases have been associated with this form of transmission, and information reported to public health related to travel in and out of the province has prompted the alert.

“We think now there is a higher risk that we may see ongoing transmission in Saskatchewan.”

There are three confirmed cases of monkeypox in the province. Shahab said the cases so far have been from people exposed outside of Saskatchewan, however there are now people who have been exposed inside the province.

“We have evidence of exposures happening in Saskatchewan,” Shahab said. “In many cases through anonymous sexual contacts. This is very similar to what has been seen in other provinces in Canada and internationally.”

Monkeypox is a rare viral illness that causes fever, headache, swollen lymph nodes and lethargy, followed by the development of a rash over a person’s body. Monkeypox does not spread easily from person to person. It is spread through:

Anyone who believes they have been exposed to monkeypox can contact Healthline 811 to determine if they are considered at risk or eligible for a vaccine.

Eligibility for the monkeypox vaccine has been expanded to adults 18 years and older who are close contacts or deemed higher risk for exposure. Referrals are available through 811.

“With travel, with interactions in summer, this risk was bound to change,” Shahab said. “Now we are really opening up the vaccine for not just post-exposure… but for pre-exposure as well with the groups we have identified.”

The province has ordered additional vaccines to help with both pre-exposure and post-exposure, and plan to order even more if the demand increases.

Shahab hopes with the increase in vaccines and awareness of the symptoms, transmission can stay low in the province.

“We are really hopeful both in Saskatchewan and Canada that through all these measures of raising awareness so people are aware of symptoms and the can isolate, seek testing and now seek pre exposure vaccines, we really hope we can control this outbreak,” he said.

If you have recently been in contact with an individual suspected or confirmed with monkeypox and develop fever or other symptoms of illness, you should call HealthLine 811 or consult a health-care provider immediately.

Patients with symptoms of asthma, regardless of physiological confirmation, experienced worse vascular outcomes and greater cardiovascular risk, which may be due to short-acting beta agonist (SABA) use, according to the results of a recent study.

Individuals with a clinical history of asthma had lower endothelial function than healthy controls, regardless of whether participants had physiological confirmation of the disease.

Study results, which were published in Respiratory Medicine, also showed that that participants with asthma who regularly used short-acting beta agonist (SABA) medications had increased arterial stiffness than those who did not use SABA.

Researchers aimed to compare markers of cardiovascular risk, specifically endothelial function, arterial stiffness, and systemic inflammation, among those with confirmed asthma, unconfirmed asthma, and healthy controls. Researchers also aimed to investigate the effect of SABA use on these vascular outcomes.

Participants completed a pulmonary function test and evaluation for asthma. Physiological evidence of asthma was defined as a clinical history of symptoms such as recurrent wheezing, cough, and/or chest tightness. Physiological evidence also includes a reversibility in forced expiratory volume in 1 second (FEV1) of ≥12% and 200mL, a ≥20% reduction in FEV1 after a methacholine challenge, or a ≥10% reduction in FEV1 after an exercise challenge.

Researchers assessed participants’ endothelial function as flow-mediated dilation (FMD) after 5 minutes of supra-systolic forearm occlusion distal to the imaging site. A 1% decreased in FMD correlates with a 7% increase in cardiovascular risk.

Participants’ arterial stiffness was assessed using pulse wave velocity (PWV). PWV was measured between the carotid and radial artery. A 1 m/s increased in PWV corresponds to about a 16% increase in cardiovascular risk.

Systematic inflammation was assessed by C-reactive protein (CRP) levels in serum after venous blood was collected from the participants. CRP levels have been linked with cardiovascular risk, even for those without underlying cardiovascular morbidity.

There was no significant difference found in arterial stiffness and systemic inflammation among both asthma groups and the controls.

Participants with bot confirmed and unconfirmed asthma were grouped together and then split based on SABA use. SABA was used by 19 participants and not used by 22 participants in the last year. There was no significant difference between in endothelial function and systemic inflammation between these two groups. However, SABA users had a significantly higher arterial stiffness by an average of 1.5 m/s than those not using SABA.

Limitations of this study include the small sample size and the inability to account for seasonal fluctuations in asthma symptoms due to the cross-sectional design. Also, this study did not adjust for other variables that can impact vascular outcomes.

Reduced vascular function was seen in participants with asthma regardless of physiological confirmation of asthma, suggesting that the link between asthma and cardiovascular risk may be due to factors other than asthma pathophysiology and perhaps due to asthma symptomatology, the researchers noted. The researchers also noted that this study highlights the need for proper asthma management to avoid inappropriate SABA use in patients with unconfirmed physiological asthma.