The world economy is bouncing back from the pandemic crisis faster than expected, thanks in part to successful coronavirus vaccines and U.S. stimulus efforts, but the improvements are uneven and joblessness remains a big concern, according to a new forecast.

The Organization for Economic Co-operation and Development (OECD) on Tuesday raised its expectations for global GDP growth to 5.5 per cent this year and four per cent next year. That is up from a December forecast of 4.2 per cent growth in 2021 and 3.7 per cent for 2022.

After the virus plunged the world economy into crisis last year, the OECD now expects global output to surpass pre-pandemic levels by the middle of this year.

However, it warned of a divergence in progress, with faster growth in China and the U.S., while some other regions are expected to continue struggling until the end of 2022.

The Paris-based group also warned that new virus variants and too-slow vaccine rollouts could threaten chances of improvement for businesses and jobs.

WATCH: Consumers are waiting for scarce vaccines before getting out to spend money again, OECD says 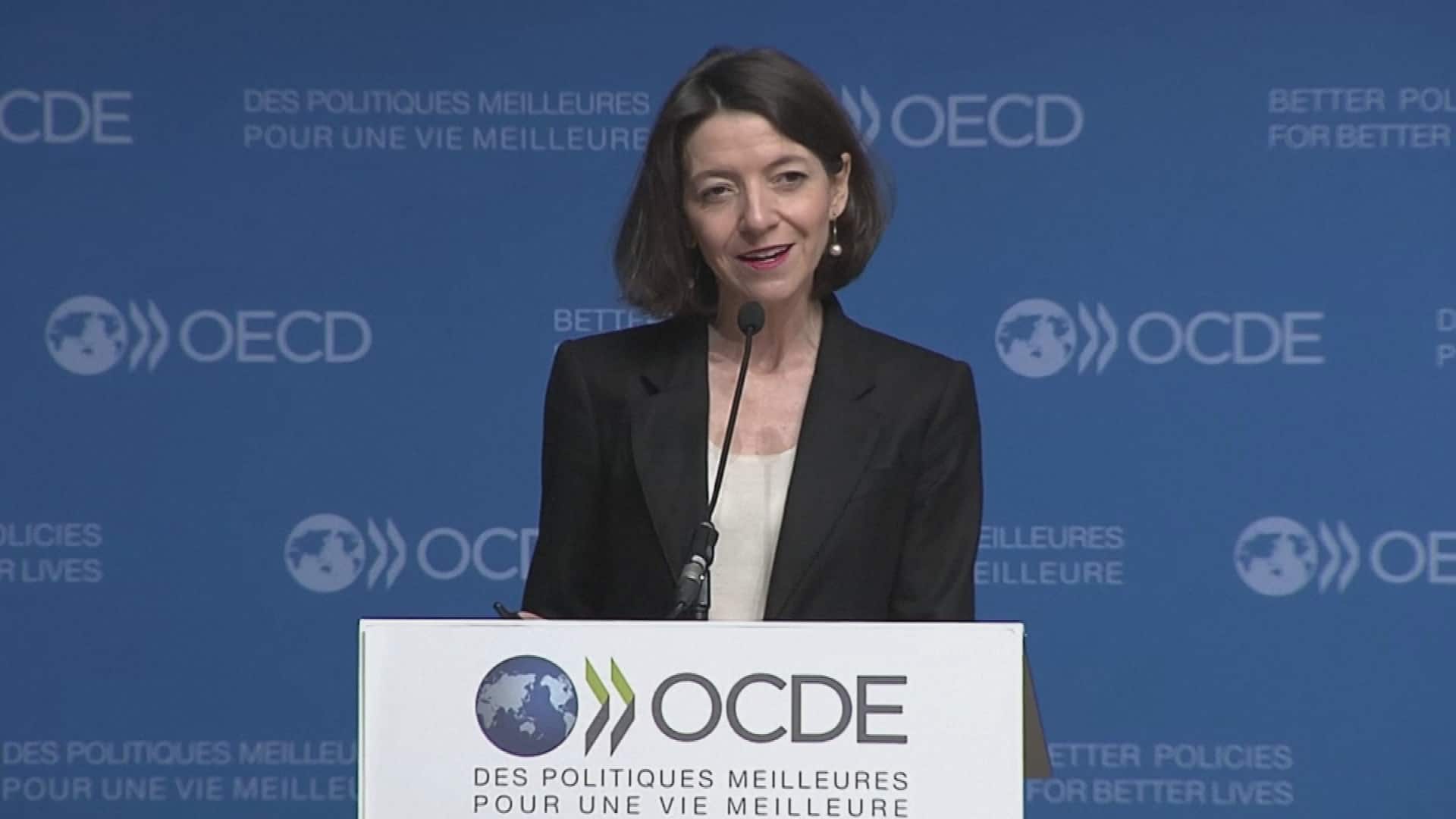 There is lots of money to spend in the world but people won’t spend it until more of them are vaccinated, says the chief economist for the Organisation for Economic Co-operation and Development, Laurence Boone. 1:01

“World output is expected to reach pre-pandemic levels by mid-2021 but much will depend on the race between vaccines and emerging variants of the virus,” the OECD said.

Nearly 10 million more people across the OECD’s 36 mostly rich-country member states are unemployed now than before the crisis. And in poorer countries, “substantial job losses have increased poverty and deprivation of millions of workers,” the report said.

“The top policy priority is to ensure that all resources necessary are used to produce and fully deploy vaccinations as quickly as possible throughout the world, to save lives, preserve incomes and limit the adverse impact of containment measures on well-being,” the report said.

The OECD also said Canada could be poised for better-than-expected growth this year, mainly because it will benefit from a faster-than-expected recovery in its largest trading partner, the U.S.

The U.S. is now forecast to grow its GDP by 6.5 per cent this year. That’s more than twice as much as was being predicted in the last OECD forecast, three months ago.

The dollar steadied on Monday after its steepest weekly loss in more than a month, as traders weigh the effect of inflation on the relative pace of looming rate hikes – with a wary eye on U.S. growth data and a European Central Bank meeting.

The greenback had softened, especially against the yen, after Federal Reserve Chair Jerome Powell said on Friday it was time to start cutting back asset purchases, though not yet time to begin raising interest rates.

His remarks came as investors have priced in Fed rate hikes starting in the second half of next year and yet have begun to trim long dollar positions in anticipation that other central banks could get moving even sooner.

On Monday, the dollar was firm at $1.1643 per euro and found a footing on the yen at 113.54 after Friday’s slide. The Australian and New Zealand dollars were held below the multi-month peaks they had scaled during last week. [AUD/]

The Antipodeans, along with sterling, had bounded ahead this month as traders scrambled to price in higher rates while inflation runs hot, with markets now eyeing a near 60% chance of a Bank of England hike next week.

Sterling was up 0.1% at $1.3772, but analysts were cautious about further gains especially as the Fed edges closer to tapering and policy tightening. The Aussie was steady at $0.7473 and the kiwi at $0.7157.

“Dollar risks remain skewed to the upside,” said Kim Mundy, a currency analyst at the Commonwealth Bank of Australia in Sydney.

“(Fed) members are slowly conceding that inflation risks are skewed to the upside (and) the upshot is that interest rate markets can continue to price a more aggressive Fed Funds rate hike cycle which can support the dollar.”

This week, Australian inflation data due on Wednesday is likely to set the tone for the next stage in a tussle between traders and a resolutely dovish central bank.

On Thursday, U.S. growth data is expected to show a slowdown in growth as consumer confidence has faltered, but a surprise on either side might have consequences for the interest rate outlook.

Also on Thursday the Bank of Japan and the European Central Bank meet. Neither are expected to adjust policy, but in Europe market gauges of projected inflation are at odds with the bank’s guidance.

In the background, traders remain nervous about trouble brewing at indebted developer China Evergrande Group. It surprised investors by averting default with a last-minute coupon payment last week, but other pressing debts loom.

China’s yuan held just shy of a five-month peak in offshore trade at 6.3804 per dollar. Cryptocurrencies were steady below the heights reached last week, with bitcoin up 2% at $62,000.

In emerging markets the beaten-down Turkish lira was braced for selling as state banks are expected to follow a surprise rate cut from the central bank.

“Bullish sentiment continues to support oil prices as global supply remains tight at a time when demand is recovering from the pandemic,” said Toshitaka Tazawa, an analyst at Fujitomi Securities Co Ltd.

“But immediate gains for the WTI’s nearest-term contract may be limited given steepening backwardation,” Tazawa said.

WTI futures contracts are currently in steep backwardation, meaning later-dated contracts trade are at a lower price than the current contract. Normally later months trade at a higher price, reflecting the costs of storing oil.

Oil prices have also been bolstered by worries about coal and gas shortages in China, India and Europe, which spurred fuel-switching to diesel and fuel oil for power.

Climate change: How do we know it is happening and caused by humans? – SamfordCrimson News – The Samford Crimson