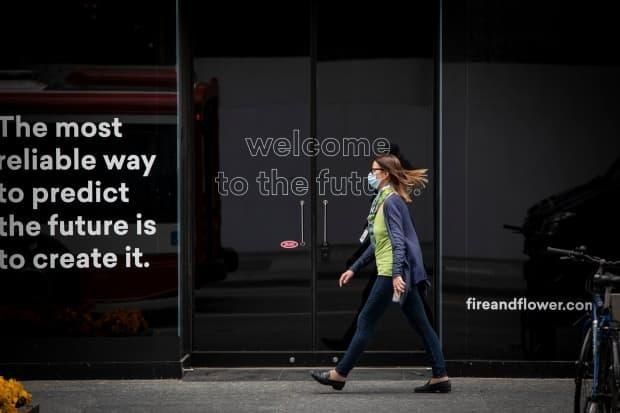 Variants of the virus behind COVID-19 double the risk of someone being admitted to intensive care — and increase the risk of death by roughly 60 per cent — according to a new analysis of recent Ontario data from the province’s science advisory table, multiple sources tell CBC News.

A briefing note prepared by table members for the province, which is expected to be made public early next week, is based on an analysis of Ontario hospitalization and death data between December and March.

The analysis is expected to show that variants substantially increase the risk of serious illness when compared to the initial strain of SARS-CoV-2, including:

The data didn’t differentiate between variants, though most instances in Ontario right now are thought to be the B117 variant first identified in southeast England.

The Ontario figures were also pooled with data from Denmark and the U.K., two countries hit hard by B117, several sources explained, with local data falling in line with those earlier international findings.

“Clearly, these variants are … more transmissible — so you’re more likely to become infected if you’re exposed to the virus — and also, you’re more likely to be admitted to hospital and to potentially die from the infection,” said critical care physician Dr. Kali Barrett, a member of the COVID-19 Modelling Collaborative, a separate group that was not involved in the science table’s upcoming briefing note.

Those health impacts are regardless of your age or pre-existing medical issues, she said of the international research.

People need to ‘protect themselves’

CBC News has not obtained a copy of the upcoming briefing note but did speak to multiple sources familiar with the expected contents. They asked not to be named because they’re not authorized to speak about the findings publicly.

Several sources said the analysis accounts for the fact that the age distribution of cases has shifted over time, and now skews younger, thanks in part to ongoing vaccinations of older populations.

It not only aligns with the growing body of international research suggesting variants such as B117 can have dire health impacts, but also the growing concern among Ontario clinicians that patients with COVID-19 are presenting both younger and more seriously ill.

“This is not just a disease that sort of strikes the older among us, it really strikes those in the prime of our lives,” Barrett said. “And we all have to be careful until everyone’s vaccinated.”

The overall risk of death from COVID-19 does remain fairly small, though it’s hard to pin down a precise figure given the evolving nature of the pandemic.

Canada’s case fatality rate is currently thought to be roughly 2.4 per cent, but it’s a number based on confirmed cases and deaths among all age groups, which doesn’t reflect people who never got tested for the virus, and has proven to be a moving target depending on who’s falling ill and who’s getting vaccinated.

With variants now making up more than half of all recent COVID-19 cases in Ontario, experts stress it’s a risky numbers game: more people getting infected with a more dangerous variant could cause more serious illnesses and deaths, even among a younger, healthier cohort.

“Unless we have more stringent public health measures enacted,” Barrett said, “individuals really need to be doing everything they can at an individual level to protect themselves.”

Health experts around the world have been ringing alarms for weeks about the potential for variants to take hold and wreak havoc.

As early as January, preliminary findings from the British government’s chief scientific adviser suggested B117 carries a higher risk of death than the original SARS-CoV-2 strain.

Two Ontario COVID-19 science advisory table members who spoke on the record to CBC News — though not about the expected briefing note — said the growing body of research that has since emerged suggests those early concerns were valid.

“It’s confounded by a bunch of different factors, including different ages, and different social situations, and how people have acquired the disease,” said Dr. Andrew Morris, an infectious disease specialist with Toronto’s Sinai Health System.

“But I think the majority — or the overwhelming majority — of evidence that we have right now is that it is substantially more, not only contagious, but severe in the disease that it causes.”

Infectious disease specialist Dr. Gerald Evans, a professor at Queen’s University’s faculty of medicine in Kingston, Ont., said without restrictions in place over the past few months, Ontario may have fared far worse in terms of serious cases and deaths.

Now, as Ontario is relaxing rules around indoor shopping, dining and other forms of gatherings in various areas, Evans and Morris both said some regions — and younger populations — largely spared in the first two waves of the pandemic could be harder hit the third time around.

“It’s hard for people to continue to just be holed up in their homes,” said Morris. “Perhaps the right thing to do is to just encourage people to spend as much of their time outdoors as possible.”

Indeed, in the Toronto area, for example, public health officials recently got their wish for a loosening of lockdown restrictions that now allow for outdoor dining.

But Morris cautioned that reopenings and reduced restrictions don’t necessarily mean there’s any reduced risk, though that might be the public perception.

“In no way, shape or form should people be minimizing this pandemic. It still has legs, unfortunately,” Morris said.

“And where you may have had some estimate of risk to yourself six months ago, even three months ago — that estimated risk has now increased a bit.” 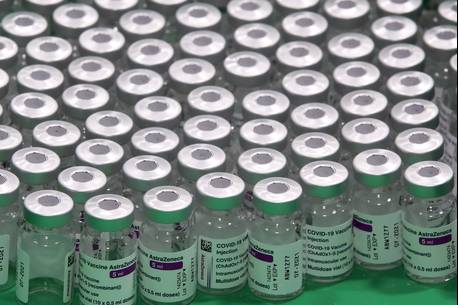