As support is rallied for essential workers across the country, truckers, arguably some of the important, are finding it difficult to find places to wash their hands and eat on their routes.

As Canadians hunker down, quarantine or otherwise social distance themselves it’s understandable to be wary of anyone travelling long distances at this time. However, truckers cannot work from home and the services they provide keep store shelves stocked with food, medicine and toilet paper. Without them, our store shelves would be far more empty following the panic buying that took place in early March.

So with restaurants and other public places closed down due to this pandemic, truckers are struggling now to find places to eat and use the washroom on their long drives. However, there are some who are coming together on Facebook to help them out.

The founder of the Restaurants Serving Drivers in Western Canada Amberly Terrill knows the troubles truckers can face all too well as her family has a long history within the industry. Currently living in Nanton, Alberta with her 100 Mile House born husband Drew Terrill and their two-year-old Josiah Terrill, Terrill herself works at the local truck stop and both her father and her uncle drive trucks.

Terrill said that both her father and uncle have been having a hard time since the COVID-19 pandemic started shutting down large parts of the country. They’ve had to go hungry a few times either because they couldn’t a place to eat or because they were denied service because they’re obviously unable to take their rigs through the drive-thru.

Her father also told her one of the most important things truckers want right now is a list of places where they can wash their hands or shower. Many places are barring them from using the restrooms, however, with Terrill finds counter-intuitive for the truckers who wish to avoid possibly spreading the disease but are now unable to wash their hands.

In an effort to help keep herself and her dad informed about where he could go for a meal and access to a restroom, Terrill started up a Facebook group to gather tips on what places were open and where. As her uncle is operating in Saskatchewan she decided to make the group encompass all of Western Canada.

“I was kind of shocked at how fast it blew up,” Terrill said.

There Terrill gathers information from her father, uncle and other Facebook groups to provide a list of places that are still serving truckers in Western Canada and encourages others to do the same. This includes places who are offering delivery for a reasonable price as drivers can’t park in certain spots but if the food can be delivered then that will work for them.

So far, however, Terrill said she’s begun finding quite a few that are willing to help out be it by offering delivery, a place to park, or even showers and washrooms to use. She finds it heartening to see people recognizing the importance of drivers in keeping us supplied with goods, especially during these stressful times.

When this is all done, Terrill said that truckers will remember which places helped them out during the pandemic and will make an effort to go to them regularly when normalcy returns. She encourages anyone who knows of a place serving drivers or willing to do so to post it on her Facebook group so the word can be spread.

Jerry Richert and many other truckers like him are still driving long distances to provide food, medicine and other basic necessities but are finding it difficult to find places to stop for food and sanitation. People like his daughter, Amberly Terrill, however, are working to find out which restaurants are still open for truckers. (Photo submitted) 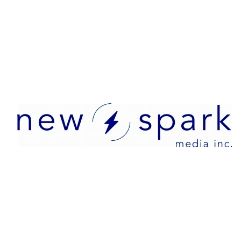 Toronto, Ontario–(Newsfile Corp. – July 7, 2020) – New Spark Media Inc., a leader in UGC management and digital workflow orchestration, is proud to announce the global launch of its v5 UI to its platform. New Spark Media’s solution (previously owned by Filemobile) took off back when YouTube was still its own company and Facebook (or back then “The Facebook”) required a university email address.

Today, every company is a media company in some way. Brands across various industries have to use a handful of niche-market solutions (Facebook / LinkedIn / YouTube / Twitter / Instagram / Tik-Tok) for social media marketing, Influitive for customer advocacy, YotPo for visual commerce, Microsoft Stream for corporate video sharing, DAMs, MAMs, and OVP solution) for every discreet line of business. Add-in the fact that every company’s tech stack is a constantly-evolving organism that requires interoperability, standardized media, taxonomy, and you’ve got yourself a fast-moving mess, or what we’d like to call: cluster-flux.

With this latest launch, we worked hard so our customers don’t have to. We’ve revamped the entire user interface to achieve top tasks more efficiently – from setting up intelligent content gathering capabilities with gamification; to moderating and enriching media content via AI/ML and orchestrating multi-platform distribution either out-of-the-box or as a Platform-as-a-Service via our APIs. By normalizing and visualizing meta-data while automating the distribution workflows, cluster-flux problems are a thing of the past.

Ultimately, New Spark Media is a profitability accelerator for any company. From generating operational efficiencies on the backend to increasing revenue, by harnessing the power of authentic visual stories across internal/external communities and advocates. 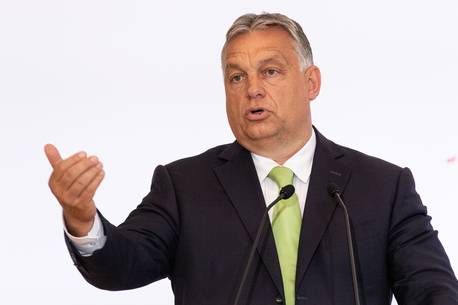 A Winnipeg police officer has stepped down from the Bear Clan board of directors, after controversial social media posts resulted in a public call for her removal.

Const. Réjeanne Caron, who was the Saint Boniface—Saint Vital Conservative candidate in the 2019 federal election, had sat on the Bear Clan volunteer community patrol’s board for nearly two years.

Caron’s personal Twitter account, which was public up until recently, allegedly included tweets that suggested those who support the police defunding movement should not be allowed to call 911 and denied systemic racism in policing.

An online petition calling for her removal from the board, which had just more than 2,000 signatures before it was closed, was started by an anonymous Bear Clan member. The document said Caron had “used her social media presence to judge the community and to make excuses for police violence in an inappropriate and confrontational manner.”

A statement from Caron on the matter, released July 2, did not acknowledge the tweets, but said she would be resigning. It further criticized Bear Clan executive director James Favel, stating he “used his position and our organization as a means to build his own public and political persona.”

Favel said he had seen multiple tweets from Caron’s account that came across as “racist and highly problematic,” and said the Bear Clan has screenshot copies. He called the situation “disheartening” and the first time the volunteer group has had to deal with a situation like this.

“I feel badly that things went this way, but I do not feel badly for standing up for my community, I don’t feel the least bit awkward about resisting those ideologies,” he said.

Plans were already underway to vote to remove Caron from her position on the board, Favel said, but she resigned the same day, before the group had a chance to do so.

The Bear Clan has a social media policy that dictates how volunteers should conduct themselves online, Favel said, but this incident will influence future edits made to governance documents.

Caron describes herself as a “front-line police officer” in her Twitter profile.

When asked to speak on the Winnipeg Police Service’s social media policy, a spokeswoman for the WPS noted Caron’s profile also included a statement that said: “The views expressed are my own,” and the WPS would not comment further.

Favel said the situation was an example of the responsibility of the higher standard community representatives should work toward.

“You can’t be jumping on those bandwagons and sharing those ideologies and not expect to have some fallout,” he said.

Winnipeg Police Board chairman and St. Norbert-Seine River Ward Coun. Markus Chambers said Monday he had no knowledge of the incident outside of what he’d seen on social media. He echoed Favel’s thoughts on the responsibility of public-service workers when operating on social media.

“It’s not just police officers, we’re all being held to a higher standard when it comes to these issues of the past where before there was less accountability, now we have to be accountable for our actions, what we say and what we do in the public space,” he said.

It’s not a police board matter to look into the situation, Chambers said — complaints regarding officer conduct go through the WPS professional standards unit — but officers who have public lives online should know they could be perceived as speaking on behalf of the WPS.

“As an individual, if you say something, people might not take notice. But if you say something as a member of a police service, or a teacher’s union… if you represent yourself as a larger group, it could come back and definitely have repercussions,” he said.