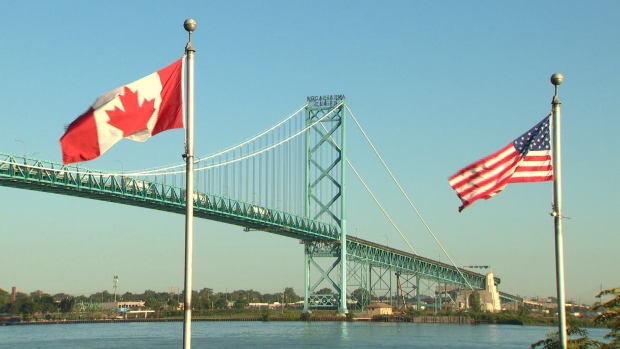 TORONTO —
There could be lineups at Canada’s 117 border crossings with the U.S. Monday, as non-essential travellers now have to provide proof of a negative COVID-19 test taken in the last 72 hours.

It’s the next phase of Ottawa’s new travel restrictions, which came into effect on February 15. Travellers by land are required to show the results of their COVID-19 test. Negative tests need to have been taken within three days of the scheduled arrival at the border, but those permitted to enter the country can also present a positive COVID-19 test, as long as it was taken 14 to 90 days prior to arriving at the border.

All visitors or returning residents still have to quarantine for 14 days after crossing into the country.

Although the need to present test results could slow down proceedings at the border, 93 per cent of drivers will be waved through, as essential workers such as truck drivers and medical staff are exempt from the new restrictions.

Some are saying these new restrictions don’t go far enough.

“Who is more of a threat? A trucker who travelled through 14 states, who slept in his truck, and eat[s] at truck stops, or just two people travelling in Canada?” said CTV News Public Safety Analyst Chris Lewis. “So that’s all very confusing to me.”

“These border measures will help stop the spread of COVID-19 and new variants,” he said in Ottawa on Friday.

But health experts aren’t so sure, pointing to five different variants now circulating in the U.S.

“It’s not going to keep the virus out,” Kelley Lee, a professor at the Simon Fraser University, told CTV News. “We know that people often need to be tested multiple times before the virus is detected in their system. We know there are false negatives, we also know people can be exposed during those 72 hours.”

Those who do not provide a negative test or other accepted proof at the border face fines up to $3,000.

Starting on Feb. 22, non-essential travellers will also be required to take a COVID-19 test at the border as well as at the end of their 14-day quarantine.

The Canadian Armed Forces may assist with the testing sites at 16 border crossings, but there are few details.

“I don’t think [the] government has specifically said what their role will be, but the military have the ability from a logistical perspective to provide supplies, set up facilities,” Lewis said.

The pandemic has been hard on those who are separated from loved ones by the border.

Jennifer Bignell lives near Quebec City. She says the ongoing border closure has taken a toll on her family, as her partner is American and lives in the U.S. She hasn’t seen him or his children in Vermont in nearly a year.

“In my case, I just feel like the pandemic has just stolen the very little time we have together already and that’s time I can never get back,” Bignell told CTV News.

Prime Minister Justin Trudeau says some Canadians can apply for a special exception to the new rules and that border officials will assess each person on a case-by-case basis. 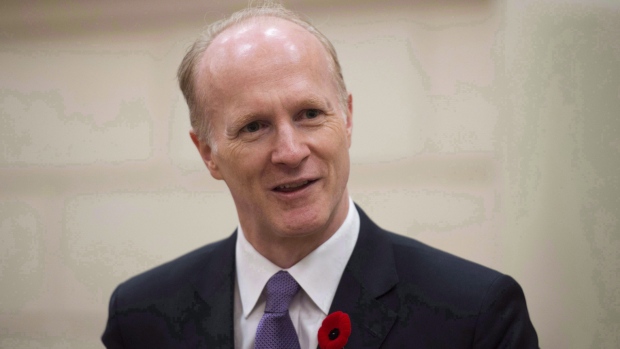 TORONTO —
The head of Canada’s largest pension fund received a COVID-19 vaccination while on a “very personal” trip to Dubai, he told staff in an email Thursday night.

Mark Machin disclosed the information in an internal memo after the Wall Street Journal reported he flew to the United Arab Emirates earlier this month, where he received the first dose of the Pfizer-BioNTech vaccine and is awaiting the second dose.

Machin said in the email viewed by The Canadian Press that he remains in Dubai with his partner “for many reasons, some of which are deeply personal.”

“This was a very personal trip and was undertaken after careful consideration and consultation,” the memo reads.

CPP Investments did not immediately respond to requests for comment Thursday evening.

The federal government is actively discouraging Canadians from travelling abroad and recently implemented strict quarantine measures for those returning home.

Machin told staff he followed all travel protocols related to his role as head of the pension fund while on the trip.

“This trip was intended to be very private and I am disappointed it has become the focus of public attention and expected criticism,” he wrote.

Several politicians and health-care officials have become high profile flashpoints of public anger in recent months for leaving the country despite public health advice to the contrary.

A spokeswoman for Finance Minister Chrystia Freeland said that while CPPIB is an independent organization, the revelation is “very troubling.”

“The federal government has been clear with Canadians that now is not the time to travel abroad,” Katherine Cuplinskas said in an emailed statement.

“We were not made aware of this travel and further questions should be directed to the CPPIB on this matter.”

Machin, who has been in his current role since 2016, joined CPP Investments in 2012. Prior to joining the pension fund manager, he spent 20 years at investment bank Goldman Sachs.

WINNIPEG, Manitoba (Reuters) – Canadian farmers reaped record profits last year and are on track to do the same this year, the federal agriculture ministry said on Thursday, as prices for its top crops soared.

Prices of canola hit all-time highs this month, rallying with oilseed rival soybeans, on brisk Chinese buying to produce feed for that country’s rebuilding hog herd. Farm exports in general were stronger last year, the ministry said in a statement.

The record profits come despite disruptions to beef and pork production, as COVID-19 infections forced plants to suspend processing, leading to a backlog of livestock and lower prices. Olymel lp, one of Canada‘s biggest hog packers, has temporarily closed an Alberta plant, forcing it to send some pigs to the United States.

Farmers’ net cash income, a measure of profitability, jumped 21.8% in 2020 from the previous year to C$16.5 billion, driven by increased sales value of the main field crops, Agriculture and Agri-Food Canada said. Net cash income looks to climb another 6.8% this year to C$17.6 billion ($14.06 billion), the ministry said.

Demand for Canadian barley has surged, with key buyer China in a trade dispute with usual supplier Australia. Spring wheat, another principal Canadian crop, are trading near more than three-year highs.

(Reporting by Rod Nickel in Winnipeg; editing by David Evans) 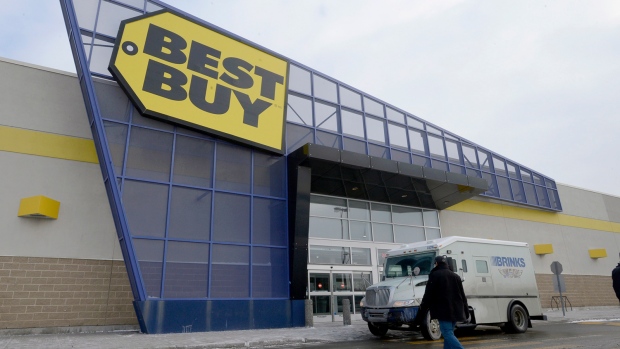 NEW YORK —
Best Buy said Thursday that it laid off 5,000 full-time store workers earlier this month, even as the company’s sales soared during the pandemic as homebound people bought laptops, TVs and other gadgets.

The company said it cut the jobs because more shoppers are choosing to buy online instead of coming inside its stores. Best Buy said it will replace the 5,000 full-time employees with 2,000 part-time workers.

The company said 750 positions were impacted in Canada, of which 660 were part-time.

Best Buy’s workforce has shrunk in the last year after having to furlough workers when it closed stores during the pandemic. It currently has more than 100,000 workers, down by 21,000, or 17%, from the year before.

The company is retraining workers to help with online orders. And more space in stores is being used to ship orders or to get them ready for curbside pickup, where shoppers buy online and fetch their orders in the parking lot.

A group of workers has posted an online petition calling for Best Buy to compensate employees for lost wages related to cuts. The petition said the company had begun drastically reducing the hours of employees at 150 stores on Jan. 10. About 792 of the nearly 4,000 signatures were from Best Buy workers, said Shannon Fulfs, the petition organizer who works at a Best Buy in the Omaha, Nebraska area.

Fulfs said workers struggled with the sudden loss of income of up to 40% and uncertainty about what to do because they were not told whether the reductions would be permanent. On Thursday, she learned she had been laid off.

“It’s just overall been pretty stressful and I don’t think they have been making it easier with the lack of information,” Fulfs said.

Best Buy said it was “not realistic to pay employees for hours they didn’t work, which is what a small number are asking for in this petition.”

“We told the petitioners that we disagree with their claim, but fully support their right to make it,” the company said in a statement sent to The Associated Press. “Like any retailer, our business model has always allowed us to adjust staffing to meet customer demand.”

The company’s online sales soared 89% from November to the end of January, compared with the same months a year ago, Best Buy said Thursday.

Revenue during that quarter grew 11% to $16.9 billion. Its profit rose nearly 10% to $816 million. Its adjusted earnings per share came to $3.48 per share, beating Wall Street expectations.

Sales online and at established stores, a key metric of a retailer’s health, rose 12.6% in the last quarter and increased 9.7% last year. It expects that number to rise 20% in the current quarter, but growth is expected to slow this year to fall 2% or rise as much as 1%.

With files from CTV News