Health officials have declared a COVID-19 outbreak at the LNG Canada project worksite in Kitimat.

Northern Health said Thursday it has detected transmission of the virus among staff at the site.

“All of these cases are considered to be associated with this outbreak and occurred in the same general work location,” said the health authority in a statement.

“Specific on-site employees are being screened. Contact management and tracing have gone well, and will continue.”

JGC Fluor is the primary contractor at the site.

After less than a year in the making, Moderna announced promising results for its coronavirus vaccine on Monday, saying it plans to apply for emergency use authorization in the United States and Europe.

In early January, when the novel coronavirus was still a mysterious disease in China, the U.S. biotech company started chasing a potential vaccine.

Moderna CEO Stéphane Bancel said he read an article about the coronavirus in Wuhan, which was quickly spreading throughout the region at the time.

Bancel said he immediately reached out to the Vaccine Research Center at the U.S.’ National Institutes of Health (NIH), according to Boston Magazine. He wanted to start looking into a vaccine using messenger RNA (mRNA) technology — an approach that had never been licensed before.

Moderna and the NIH had previously been working on mRNA technology, a new way to make vaccines without using weakened or dead pieces of a virus.

Traditional vaccines are made from a weakened or a dead virus, which prompts the body to fight off the invader and build immunity. These vaccines take time to develop as scientists have to grow and inactivate an entire germ or its proteins.

But Moderna’s mRNA technology used synthetic genes, which can be generated and manufactured in weeks and produced at scale more rapidly than conventional vaccines.

The mRNA technology meant Moderna only needed the coronavirus’s genetic sequence to make a vaccine and did not have to grow a live virus in a lab.

And on Jan. 11, Chinese health authorities released the genetic sequence of the novel coronavirus.

That’s all Moderna needed to get started.

Two days later, the company and the NIH designed the sequence for its coronavirus vaccine, called the mRNA-1273.

“Two days is very possible because from the moment when the sequence of virus was published by China scientists, it became public … Any person can take this information and do whatever he or she wants,” Levon Abrahamyan, a virologist at the University of Montreal, explained.

“In this case, Moderna wanted to design a platform to use a vaccine … They wanted to know what is the sequence for the spike protein in the virus.”

After Moderna successfully designed the sequence for the vaccine, the company moved its candidate from a lab to human trials within two months.

On March 4, the U.S. Food and Drug Administration approved clinical trials for Moderna’s vaccine, and on March 16, the first participant in the Phase 1 trial was vaccinated. 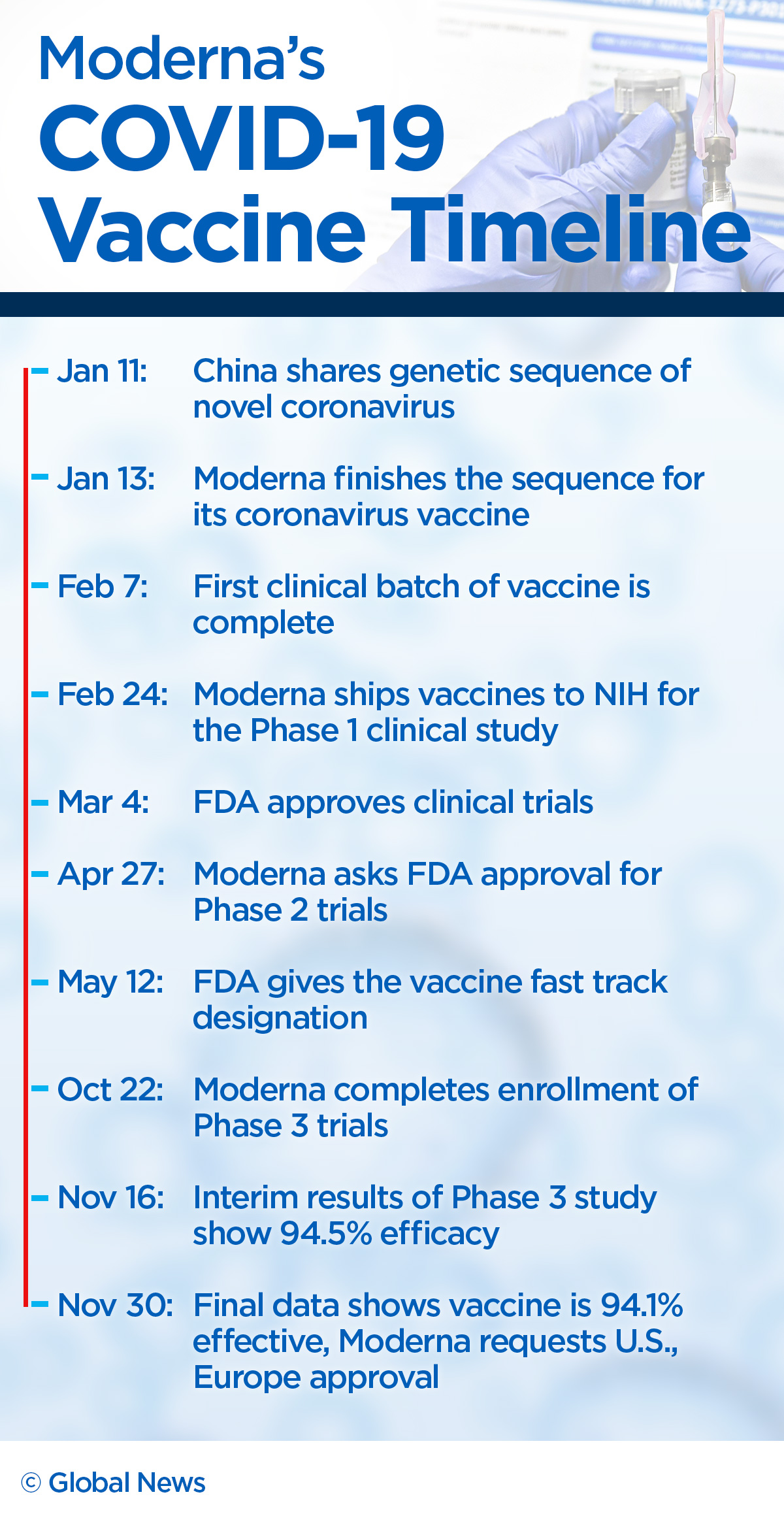 The mRNA technology is what put Moderna ahead in the race for a COVID-19 vaccine, Abrahamyan said.

“Moderna had been developing mRNA vaccines before this. None of them had been approved yet, but now this was a pathway to develop these future vaccines,” he said.

“Moderna was risky in using this new technology. Most pharma companies prefer to use old-fashioned technologies.”

He said the risk seemed to have paid off, as the Phase 3 results Moderna released Monday looked “very promising,” and could possibly change the way we produce vaccines in the future

Abrahamyan added that although the vaccine was developed in less than a year — vaccines normally take up to 10 years to make — it does not mean safety was compromised. It’s just that the mRNA technology allows scientists to produce vaccines at a quicker speed.

“The mRNA approach allows you to skip many steps of the traditional vaccine production pipeline because you don’t have to choose the viral strain or grow the virus in a lab, which is very time-consuming,” he said.

Instead, the mRNA technology skips this step, and scientists are able to produce a synthetic version by using a computer.

Moderna has been manufacturing its mRNA-1273 vaccine for several months and says approximately 20 million doses will be available by the end of the year.

The company also remains on track to manufacture 500 million to one billion doses globally in 2021, it said.

Canada signed a deal in September for 20 million doses to be delivered at the beginning of 2021, with the option of increasing the supply to 56 million doses.

Health Canada has been conducting a rolling review of vaccine data as it becomes available, and last week said it has “similar timelines” to the U.S. and Europe for approval of some vaccine candidates.

Last week officials said Canada could get its first batch of vaccines — including Moderna’s — in January or February of 2021, with a goal of vaccinating the “majority” of Canadians who want one by September. 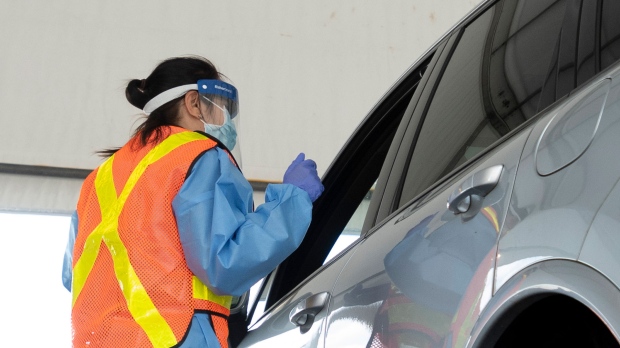 The number of new COVID-19 cases in Ontario surpassed 1,700 once again today amid a significant drop in testing over the past 24 hours.

Ontario health officials reported 1,746 new infections today, up slightly from the 1,708 confirmed one day prior but down from the record 1,855 recorded on Friday.

The new cases come as the province reports a notable drop in testing today.

After surpassing 50,000 tests per day for three consecutive days, only 39,406 tests were completed yesterday.

According to provincial health officials, the test positivity rate provincewide is now 4.6 per cent, up substantially from 3.7 per cent on Sunday but on par with the positivity rate at this point last week.

“These trends of course remain concerning. The fact that we have had record high numbers on Friday and continued high numbers over the weekend and today is troubling,” Dr. David Williams, Ontario’s chief medical officer of health, said at a news conference on Monday afternoon.

“The question is will we be able to keep it there and come down or will we plateau and start going up again?”

COVID-related hospitalizations also climbed to 618 today, up from 601 on Sunday, with 168 of those patients now in intensive care.

A count of local public health units and individual hospitals puts the number of hospitalizations at 631.

Eight more virus-related deaths were recorded today, down from 24 on Sunday and the lowest single-day death toll since Nov. 20.

Two of the fatalities confirmed over the past 24 hours involve residents of long-term care facilities, the latest data from the province reveals.

Toronto’s total today is the highest single-day tally recorded in the city since the start of the pandemic.

Another 108 new cases were reported in Durham Region today, up from 73 one day prior.

GTA public health units account for nearly 80 per cent of all new COVID-19 cases in the province and today marks one week since Toronto and Peel Region entered a 28-day lockdown.

During the lockdown, restaurants can only remain open for takeout and delivery and non-essential retailers are only permitted to offer curbside pickup and delivery.

Gyms, casinos, and movie theatres have also been closed.

Residents are being advised to only gather with members of their household and only go out for essential purposes.

Tougher public health measures were introduced in five more Ontario regions today, including Windsor-Essex, which was placed in the province’s “red” zone.

Last week, the province released details of its COVID-19 vaccine task force, which will be responsible for the distribution of vaccines when they are approved and arrive in Canada.

Ontario Health Minister Christine Elliott previously said she expects Ontario to receive a total of 2.4 million doses of the Pfizer and Moderna vaccines in the first three months of 2021.

Recipients of the vaccine will require two doses 28 days apart, which means the first shipment Ontario receives will likely only be enough to inoculate 1.2 million residents.

Prime Minister Justin Trudeau said last week that he expects most Canadians who want to be vaccinated will be able to do so by September 2021.

“I really think that if we have these vaccines landing on Canadian soil some time in very early 2021, like if it is the month of January, even in early February, I think this would be considered a huge success,” Dr. Isaac Bogoch, an infectious diseases specialist, told CP24 on Monday morning.

“We are not making these vaccines here. We are really relying on companies in other countries to produce this and send it to us.”

He said early rollout of the vaccine in Canada will go a long way to protecting the most vulnerable.

“Even with that very first early batch of vaccines that are coming… you can do so much good with that. If we just vaccinate target populations, like people in long-term care facilities… right off the bat, you are going to just decrease the probability of so many people getting very, very sick, coming to hospital, and sadly dying,” he said.

New cases in the GTHA today: 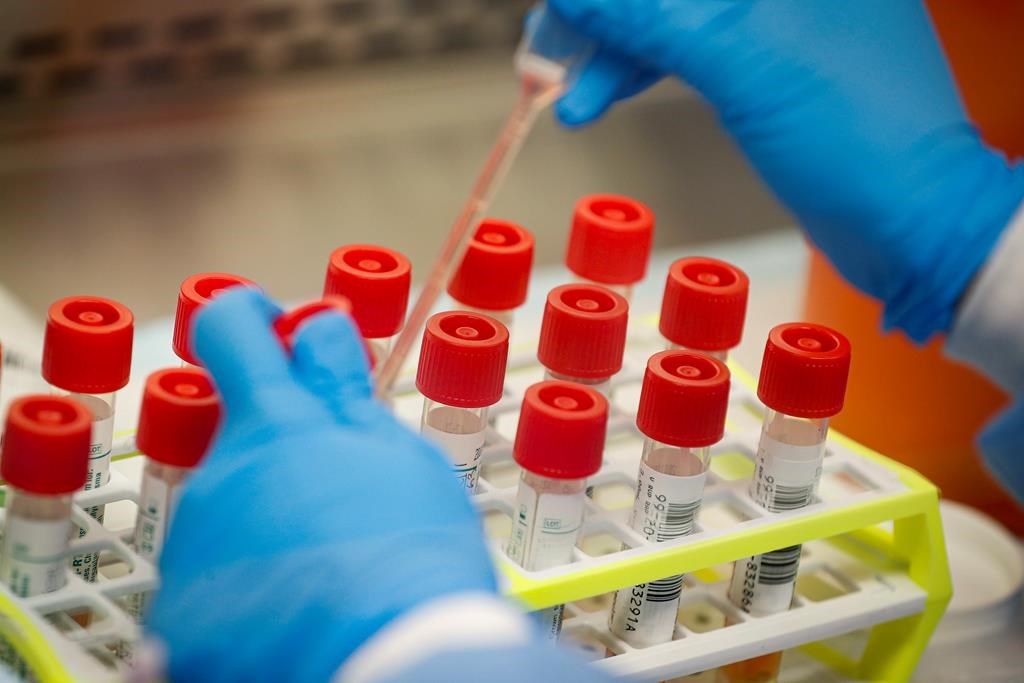 The 622 new cases mark a new one-day high for the City of Toronto.

Another eight new deaths were reported, bringing the total number of people who have died from the virus in the province to 3,656.

In total, 618 people are hospitalized in the province due to COVID-19, including 168 in intensive care.

The province is also reporting that 108 people are on ventilators in the hospital.

Labs across the province completed 39,400 tests on Sunday and 98,639 cases are considered resolved.