Nova Scotia Health Public Health is advising of potential exposure to COVID-19 at two locations in the Central Zone and on two Air Canada flights. In addition to media releases, all potential exposure notifications are listed here: http://www.nshealth.ca/covid-exposures.

Out of an abundance of caution and given the current testing capacity available, anyone who worked or visited the following locations on the specified dates and times is asked to visit https://covid-self-assessment.novascotia.ca/en to book a COVID-19 test, regardless of whether or not they have COVID-19 symptoms. You can also call 811 if you don’t have online access or if you have other symptoms that concern you.

As a precaution, anyone who was on the following flight in the specified rows and seats should self-isolate and visit https://covid-self-assessment.novascotia.ca/en to book a COVID-19 test, regardless of whether or not they have COVID-19 symptoms. You can also call 811 if you don’t have online access or if you have other symptoms that concern you.

• Air Canada flight 614 travelling on Dec. 19 from Toronto (4 p.m.) to Halifax (6 p.m.). Passengers in rows 26-32 seats C, D, E and F are asked to immediately visit https://covid-self-assessment.novascotia.ca/en to book a COVID-19 test, regardless of whether or not they have COVID-19 symptoms. All other passengers on this flight should continue to monitor for signs and symptoms of COVID-19. It is anticipated that anyone exposed to the virus on this flight on the named date may have developed symptoms up to, and including, Jan. 2.

Anyone who was on the following flight in the specified rows and seats is asked to continue to self-isolate and immediately visit https://covid-self-assessment.novascotia.ca/en to book a COVID-19 test, regardless of whether or not they have COVID-19 symptoms. You can also call 811 if you don’t have online access or if you have other symptoms that concern you.

• Air Canada flight 622 travelling on Dec. 31 from Toronto (7:04 p.m.) to Halifax (9:57 p.m.). Passengers in rows 21-27 seats A, B, C and D are asked to continue to self-isolate and immediately visit https://covid-self-assessment.novascotia.ca/en to book a COVID-19 test, regardless of whether or not they have COVID-19 symptoms. All other passengers on this flight should continue to self-isolate as required and monitor for signs and symptoms of COVID-19. It is anticipated that anyone exposed to the virus on this flight on the named date may develop symptoms up to, and including, Jan. 14, 2021.

• fever or cough (new or worsening)

• two or more of the following symptoms (new or worsening):

Please do not go directly to a COVID-19 assessment centre without being directed to do so and do not go to a pop-up rapid testing location. 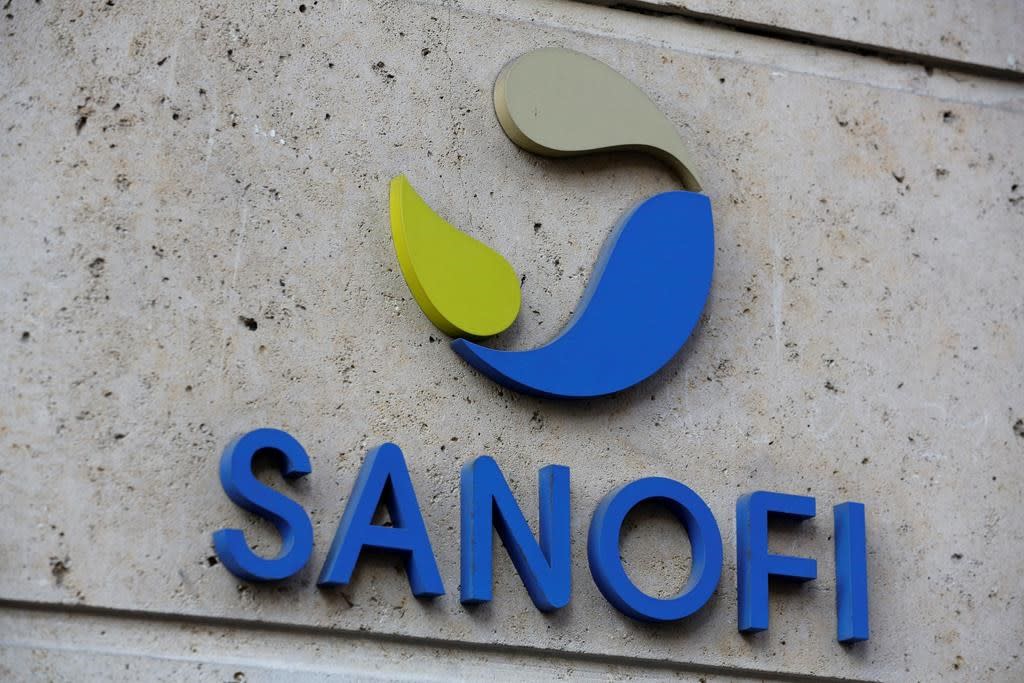 REDWOOD CITY, Calif., Jan. 27, 2021 (GLOBE NEWSWIRE) — Seer, Inc., a life sciences company commercializing a disruptive new platform for proteomics, today announced the pricing of an underwritten public offering of 3,750,000 shares of Class A common stock (1,650,000 of which are being offered for sale by Seer and 2,100,000 are being offered for sale by selling stockholders of Seer) at a public offering price of $67.00 per share. In addition, the selling stockholders of Seer have granted the underwriters a 30-day option to purchase up to 562,500 additional shares of Class A common stock at the public offering price, less underwriting discounts and commissions. The offering is expected to close on or about February 1, 2021, subject to satisfaction of customary closing conditions. Seer will not receive any proceeds from the sale of shares in the offering by selling stockholders. J.P. Morgan, Morgan Stanley, BofA Securities and Cowen are acting as lead book-running managers for the offering. Registration statements relating to the shares being sold in this offering were declared effective by the Securities and Exchange Commission on January 27, 2021. The offering is being made only by means of a prospectus, copies of which may be obtained, when available, from: J.P. Morgan Securities LLC, c/o Broadridge Financial Solutions, 1155 Long Island Avenue, Edgewood, New York 11717, via telephone: +1 (866) 803-9204, or by emailing prospectus-eq_fi@jpmchase.com; Morgan Stanley & Co. LLC, Attention: Prospectus Department, 180 Varick Street, 2nd Floor, New York, NY 10014; BofA Securities, NC1-004-03-43, 200 North College Street, 3rd Floor, Charlotte, NC 28255-0001, Attention: Prospectus Department, or by email at dg.prospectus_requests@bofa.com; and Cowen and Company, LLC, c/o Broadridge Financial Solutions, 1155 Long Island Avenue, Edgewood, NY 11717, via telephone: +1 (833) 297-2926, or by emailing PostSaleManualRequests@broadridge.com. This press release shall not constitute an offer to sell or the solicitation of an offer to buy these securities, nor shall there be any sale of these securities in any state or jurisdiction in which such offer, solicitation or sale would be unlawful prior to the registration or qualification under the securities laws of any such state or other jurisdiction. About Seer Seer is a life sciences company focused on enabling exceptional scientific outcomes by commercializing transformative products that will drive breakthrough ideas by unlocking the deep, unbiased biological information that can make them a reality. Seer is developing its Proteograph Product Suite, which is an integrated solution consisting of consumables, automation instrumentation and proprietary software that performs deep, unbiased proteomics analysis at scale in a matter of hours. Seer designed the Proteograph to be efficient and easy-to-use, leveraging widely adopted laboratory instrumentation to provide a decentralized solution broadly available to life sciences researchers. Seer’s Proteograph Product Suite is for research use only and is not intended for diagnostic procedures. Forward-Looking StatementsThis press release contains “forward-looking statements” within the meaning of the Private Securities Litigation Reform Act of 1995, as amended. Such forward-looking statements are based on Seer’s beliefs and assumptions and on information currently available to it on the date of this press release. Forward-looking statements may involve known and unknown risks, uncertainties and other factors that may cause Seer’s actual results, performance or achievements to be materially different from those expressed or implied by the forward-looking statements. These statements include but are not limited to statements regarding statements regarding the timing of the proposed public offering and the intended use of proceeds generated from the offering. These and other risks are described more fully in Seer’s filings with the Securities and Exchange Commission (“SEC”) and other documents that Seer subsequently files with the SEC from time to time. Except to the extent required by law, Seer undertakes no obligation to update such statements to reflect events that occur or circumstances that exist after the date on which they were made. Investor ContactCarrie Mendivilinvestor@seer.bio

Air Transat to suspend all flights from Toronto, some Montreal routes until April 30 – The Globe and Mail 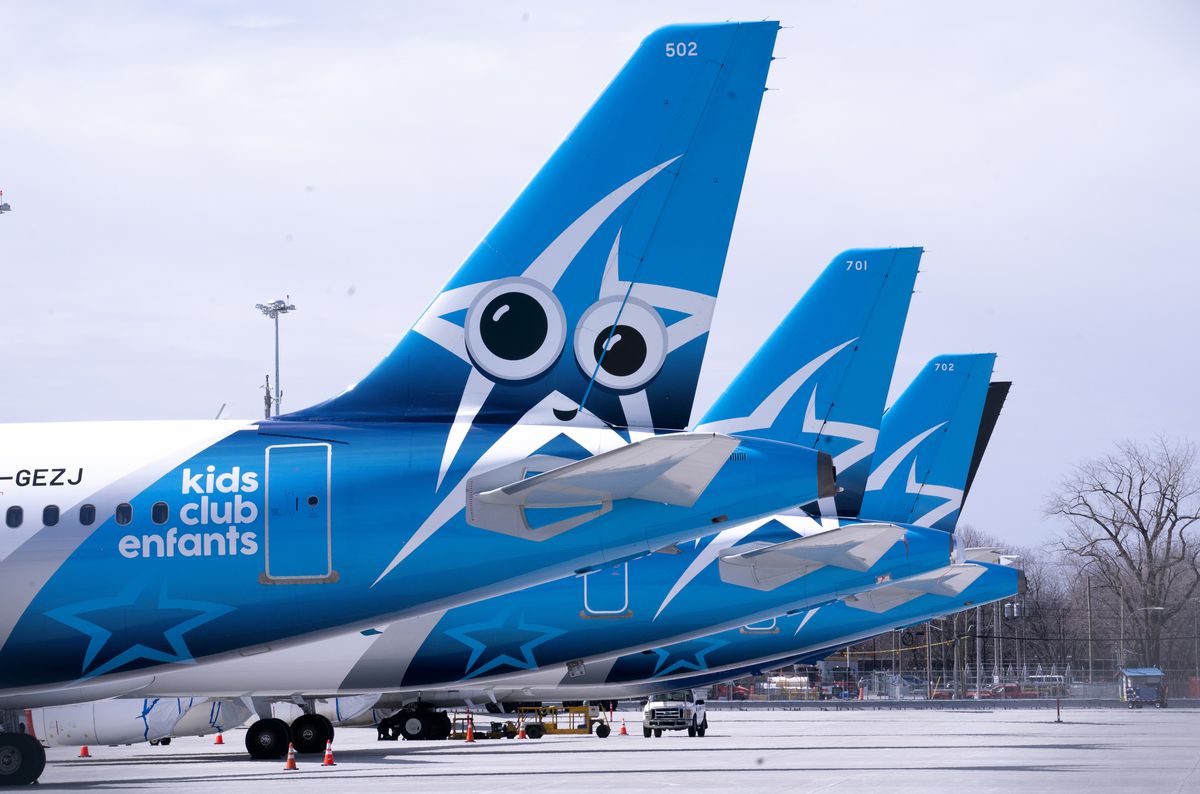 In a move it blames on tighter restrictions imposed by Ottawa, Transat AT Inc. is halting all flights out of Toronto and some from Montreal for the remainder of the winter travel season.

“Continued travel restrictions and the numerous measures imposed by the federal government, including the requirement to present a negative COVID-19 test and to quarantine upon return to Canada, have had a significant impact on our bookings,” she said.

In addition to those flights, Cabana added that Transat is cancelling its flights from Montreal to Puerto Vallarta, Mexico, and Varadero.

The airline notified travel agents of the cancellations in a memo Wednesday, which was obtained by The Canadian Press.

Passengers who paid for their flight or vacation package with cash or credit card will receive a full refund. Passengers currently at their destinations will be rebooked on flights returning to Canada, the memo says.

Transat’s cancellations come just two weeks after Air Canada announced it would lay off 1,700 workers and cut more routes amid a challenging business environment for the aviation industry.

The federal government has cracked down on international travel in recent weeks, implementing a new requirement in January that all travellers seeking to enter Canada provide proof of a negative COVID-19 test taken within 72 hours of departure.

Prime Minister Justin Trudeau has said the federal government is contemplating further restrictions, prompted by the arrival of more contagious strains of COVID-19 in Canada from abroad.

Mr. Trudeau this past weekend reiterated his call for Canadians to cancel any vacations they may have booked, warning that people who travel abroad could face difficulties returning home.

Quebec Premier François Legault has called on Ottawa to go further by banning non-essential travel completely or requiring that new entrants to Canada quarantine in a hotel at their own expense. Similarly, Ontario Premier Doug Ford has called for a temporary ban on flights to Canada from destinations where new variants of COVID-19 have been discovered.

Canada’s airlines have criticized the government’s travel restrictions since the start of the pandemic, arguing that the mandatory 14-day quarantine is overly strict and should be replaced with a testing program at airports.

The airlines have also said the restrictions were rolled out without co-ordination with the industry, leading to confusion and difficulties for passengers. Since the COVID-19 testing mandate went into effect on Jan. 7, airlines have prevented hundreds of Canadians from boarding flights abroad because they did not produce an acceptable test result.

Allison St-Jean, a spokeswoman for Transport Canada, reiterated that Ottawa is committed to assisting airlines and noted that the government is still in negotiations with airlines to develop a financial aid package.

“We are closely following the difficult and unprecedented situation that has unfolded from the heath crisis we are all living through, and that is having a particular impact on this critical sector of the Canadian economy,” Ms. St-Jean said.