Active COVID caseload increases by one in Sarnia-Lambton

A microbiologist performs a manual extraction of the coronavirus. (Photo by Tom Wolf from Flickr)

The number of active COVID-19 cases in Sarnia-Lambton increased by one Saturday.

Lambton Public Health reported 384 confirmed cases, an increase of two, but the number of resolved cases increased by one to 350, leaving a total of nine active cases.

There are no current outbreaks and the death toll remains at 25.

Bluewater Health reported Saturday that there is one person in hospital with the virus and 11 patients awaiting test results including pre-surgical screening.

Sarnia-Lambton remains at the low green level in the province’s colour-coded COVID framework.

Twenty new deaths were also announced across the province.

Elon Musk says 'most likely' has a moderate case of COVID-19 – Investing.com 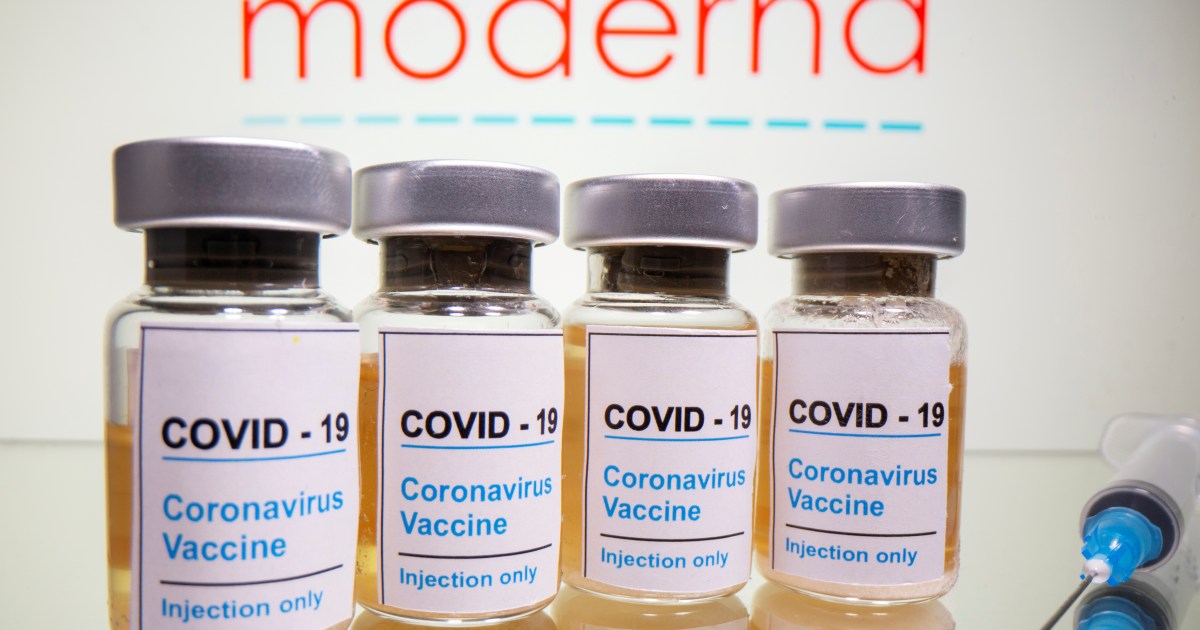 Authorisation requests in the US and Europe to come after results confirm a high efficacy estimated at 94.1 percent.

US firm Moderna said it would ask US and European regulators on Monday to allow emergency use of its COVID-19 vaccine as new study results confirm the shots offer strong protection — ramping up the race to begin limited vaccinations as the coronavirus pandemic worsens.

“Moderna plans today to request EUA (Emergency Use Authorization) from the US FDA (Food and Drug Administration),” Moderna said in a statement, adding it would also “apply for a conditional marketing authorization with the European Medicines Agency (EMA).”

Multiple vaccine candidates must succeed for the world to stamp out the pandemic, which has been on the upswing in the US and Europe.

US hospitals have been stretched to the limit as the nation has seen more than 160,000 new cases per day and more than 1,400 daily deaths.

Since first emerging nearly a year ago in China, the virus has killed more than 1.4 million people worldwide.

Moderna is just behind Pfizer and its German partner BioNTech in seeking to begin vaccinations in the US in December.

Across the Atlantic, British regulators also are assessing the Pfizer shot and another from AstraZeneca.

Moderna created its shots with the US National Institutes of Health and already had a hint they were working, but said it got the final needed results over the weekend that suggest the vaccine is more than 94 percent effective.

Of 196 COVID-19 cases so far in its huge US study, 185 were trial participants who received the placebo and 11 who got the real vaccine.

The only people who got severely ill — 30 participants, including one who died — had received dummy shots, said Dr. Tal Zaks, the Cambridge, Massachusetts, company’s chief medical officer.

When he learned the results, “I allowed myself to cry for the first time,” Zaks told The Associated Press.

“We have already, just in the trial, have already saved lives. Just imagine the impact then multiplied to the people who can get this vaccine.”

Moderna said the shots’ effectiveness and a good safety record so far — with only temporary, flu-like side effects — mean they meet requirements set by the US Food and Drug Administration for emergency use before the final-stage testing is complete.

The European Medicines Agency, Europe’s version of FDA, has signaled it also is open to faster, emergency clearance. Britain has secured an additional two million doses of Moderna Inc’s COVID-19 vaccine candidate, the government said in a statement on Sunday.

Following the latest deal, Britain has access to enough doses of Moderna’s vaccine candidate for around 3.5 million people. Overall, it has access to 357 million doses of vaccines from 7 different developers, according to the statement.

“With a wide range of vaccine candidates in our portfolio, we stand ready to deploy a vaccine should they receive approval from our medicines regulator, starting with those who will benefit most,” Britain’s health minister, Matt Hancock, said in the statement.

On Saturday, the British government appointed a vaccines minister as it prepares to inoculate millions of people against the coronavirus, potentially starting within days.

The U.K. medicines regulator is currently assessing two vaccines — one developed by Pfizer and BioNTech, the other by Oxford University and AstraZeneca — to see if they are safe and effective. The Guardian newspaper reported that hospitals have been told they could receive the first doses of the Pfizer shot the week of Dec. 7, if it receives approval.

The U.K. says frontline health care workers and nursing home residents will be the first to be vaccinated, followed by older people, starting with those over age 80.

In all, the U.K. government has agreed to purchase up to 355 million doses of vaccine from seven different producers, as it prepares to vaccinate as many of the country’s 67 million people as possible.

Decisions about which, if any, vaccines to authorize will be made by the independent Medicines and Healthcare Products Regulatory Agency.

Pfizer and BioNTech say their vaccine is 95% effective, according to preliminary data. It must be stored at ultra-cold temperatures of around minus 70 degrees Celsius (minus 94 Fahrenheit).

The Oxford-AstraZeneca vaccine can be stored at conventional refrigerator temperatures, and is also cheaper than its main rivals. But some scientists have questioned gaps in its reported results.

Oxford and AstraZeneca reported this week that their vaccine appeared to be 62% effective in people who received two doses, and 90% effective when volunteers were given a half dose followed by a full dose. They said the half dose was administered because of a manufacturing error, and they plan a new clinical trial to investigate the most effective dosing regimen.

The British government hopes a combination of vaccines and mass testing will end the need for restrictions on business and everyday life it imposed to curb the spread of the coronavirus. Britain has had Europe’s deadliest COVID-19 outbreak, with more than 57,000 confirmed virus-related deaths.

The prime minister said this week that officials hope to inoculate “the vast majority of the people who need the most protection by Easter.” But he warned that “we must first navigate a hard winter” of restrictions.

A four-week national lockdown in England is due to end Wednesday, and will be replaced by three-tiered system of regional measures that restrict business activity, travel and socializing. The vast majority of the country is being put into the upper two tiers.

The restrictions have sparked protests, with police arresting scores of people at an anti-lockdown demonstration in London on Saturday.

Several bottles and smoke bombs were thrown as anti-mask and anti-vaccine demonstrators scuffled with officers in the city’s West End shopping district. The Metropolitan Police force said 155 people were arrested.

Johnson also faces opposition to the measures from dozens of his own Conservative Party’s lawmakers, who say the economic damage outweighs the public health benefits.

Bur Cabinet minister Michael Gove said the restrictions were “grimly” necessary to avoid the health system being overwhelmed this winter.

Writing in The Times of London, Gove said there are currently 16,000 coronavirus patients in British hospitals, not far below the April peak of 20,000. A rise in infections would mean coronavirus patients would “displace all but emergency cases. And then even those.,” he said.

“If, however, we can keep the level of infection stable or, even better, falling, and hold out through January and February, then we can be confident that vaccination will pull the plug on the problem,” Gove wrote.