At least 30% of the $100 million developer fund that Apple will create to settle a class action lawsuit will go toward attorneys’ fees, the settlement proposal indicates.

Apple on Thursday announced a settlement that would resolve a class action lawsuit levied by a group U.S. developers. In addition to some App Store policy changes, the settlement will also create a $100 million fund to assist small developers. Depending on size and App Store history, developers can claim between $250 to $30,000 from the fund.

Hagens Berman, the law firm representing the plaintiffs in the lawsuit, is set to take a much bigger cut than any individual app maker. The settlement agreement proposes that the plaintiffs will make a request for attorneys’ fees of up to $30 million, paid out from the Small Developer Assistance Fund.

“A fee award of $30 million, which again is the maximum amount plaintiffs will request, represents 30 percent of the Small Developer Assistance Fund,” the settlement proposal reads. “Even if one were to look solely at this monetary relief, such a request would be reasonable.”

According to the settlement proposal, 30% of a common fund going toward attorneys’ fees and court costs is standard practice. It argues that the 30% fee is at the lowest end of the standard range, and “the Settlement also provides substantial non-monetary relief to the Class.”

The proposed administrator of the settlement, Angeion Group, estimates a claim rate of around 35%. If that many developers file a claim, the proposed settlement says that the minimum payment amounts to members of the class will “increase proportionally in each tier.”

The original lawsuit, filed in 2019, listed Apple’s 30% cut of app and in-app purchases as one of the ways that the iPhone maker abuses its power.

Of course, the settlement has not yet been approved by the court. There’s a chance that it could change between now and court approval.

In addition to the Small Developer Assistance Fund, Apple is also nixing some of its anti-steering regulations and has promised to keep certain App Store policies and programs — like the Small Business Program — intact for at least three years.

Apple Will Repair iPhone 12 Models That Have Audio Problems – BNN

This story is part of Apple Event, our full coverage of the latest news from Apple.

Some Apple Card users ran into problems when trying to pay for iPhone 13 preorders, which kicked off Friday morning.

Numerous people said on social media that they got error messages when they tried to use their Apple Card to pay for an iPhone 13 preorder. So much so, that it became a trending topic on Twitter. Some CNET staffers also reported problems.

Apple acknowledged on its system status website that it had an “issue” with Apple Card that prevented some users from making purchases through Apple’s iPhone Upgrade Program. But it says the issue has since been resolved, and it advised users to try again.

Some people reported that they had to use another method of payment to buy their phones. But if Apple Card owners do that, they miss out on the 3% cash back they’d normally receive when using the card to buy Apple products. Other purchases made with Apple Card reportedly went through.

Apple didn’t immediately respond to a request for further comment.

Apple unveiled its iPhone 13 lineup on Tuesday, alongside the Apple Watch Series 7 and new iPads. The new iPhones are available for preorder starting Friday and are expected to arrive in stores Sept. 24.

We now know how much bigger the iPhone 13 series’ batteries are compared to the iPhone 12 line.

The information comes courtesy of a product information sheet on the website of hazardous material information company Chemtrec (spotted by 9to5Mac). According to that document, which contains information sourced from Apple directly, the iPhone 13 batteries are on average 13 percent larger, with the 13 Pro Max now giving the Nintendo Switch a run for its wattage money.

The Chemtrec document lists the battery sizes in watt-hours (Wh) rather than milliamp-hours (mAh). The Verge notes that most manufacturers use mAh, but Wh is typically a more accurate measurement and better way to compare battery life.

You can view the battery breakdown below:

The Verge also pointed out a few interesting changes and listed the Wh battery measurement of some other popular devices.

Starting with the changes, the iPhone 13 and 13 Pro have different battery sizes, while the 12 and 12 Pro had the same size. Also of note is that the 13 Pro’s battery is smaller than the iPhone 13.

That may be because of the additional hardware in the iPhone 13 Pro — it’s got an extra camera, GPU core and a 120Hz display packed into the same size body as the iPhone 13. In other words, it makes sense that the 13 Pro has a slightly smaller battery.

As for how the iPhone 13 stacks up to other devices, here are the Wh measurements of some other popular devices (via iFixit):

Considering that Apple made the expanded battery capacity of the iPhone 13 line a significant selling point in its event, I’m glad the company also backed up the claims with numbers. Now, we just need to see if the claims hold up in real-world testing — something we should learn once reviewers start testing the phones.

Source: Chemtrec Via: The Verge, 9to5Mac 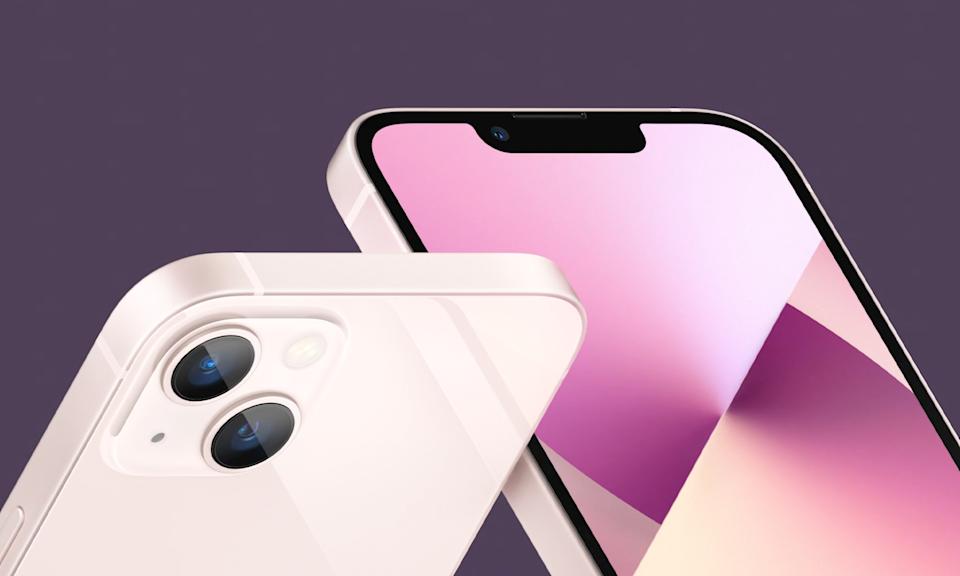 It’s that time of year again when the latest iPhones hit shelves, prompting many to wonder if they should take the plunge into iOS for the first time, or upgrade to a new handset. Apple announced four new iPhones this week at its hardware event, mirroring the last year’s offerings. The new iPhone 13 and 13 mini feature smaller notches at the top of their touchscreens, the new A15 Bionic processor and longer battery lives. The higher-end iPhone 13 Pro and Pro Max smartphones have fancy finishes, 120Hz Super Retina XDR displays, and improved cameras along with the A15 Bionic chipset and better battery lives. Here’s how to order the iPhone 13 series and the iPhone 13 Pro series.

Apple focused on refining the iPhone 13 series this year, trickling down some advanced features from last year’s Pro line to the standard models. Both the iPhone 13 and 13 mini have a nearly identical design to last year’s iPhone 12s, but they have a 20-percent small notch at the top and screens that are 28-percent brighter. Screen sizes have remained the same, too, measuring 6.1-inches on the iPhone 13 and 5.4-inches on the 13 mini. Apple managed to pack larger batteries in both handsets, so iPhone 13 users will get about 2.5 hours of extra use when compared to the iPhone 12, while iPhone 13 mini users will get about 1.5 extra hours.

Inside both smartphones is the new A15 Bionic chipset and neural engine and Apple promises 50-percent better performance than the competition. The cameras have been upgraded as well: the dual system has a new wide camera sensor and lens along with the sensor-shift optical image stabilization system that we saw on the iPhone 12 Pro Max last year. Both the iPhone 13 and the 13 mini support expanded 5G as well, which will be available on 200 carriers in 60 countries by the end of this year.

As far as configurations go, the iPhone 13 and 13 mini are both available in 128GB, 256GB and 512GB storage capacities. Apple has a new lineup of colors as well: pink, blue, midnight, starlight and Product Red.

It’s all about the screens and the cameras for these smartphones. While screen sizes haven’t changed, both the iPhone 13 Pro and Pro Max have new Super Retina XDR displays with ProMotion, 1,000 nits of brightness and refresh rates up to 120Hz. We first saw this technology on the latest 12.9-inch iPad Pro, and now it’s been brought down to the higher-end iPhones.

The triple-rear camera system also got a big boost this year. It now features a new 77mm telephoto camera with 3x optical zoom, along with a new ultra wide camera that has a f/1.8 aperture and autofocus. The primary “wide” camera is the largest Apple has even put in an iPhone and it features a f/1.5 aperture and 1.9-micron pixels. Apple also made it possible to shoot at up to 6x optical zoom, enabling macro photography, and it added new features like Cinematic Mode for videos, which uses machine learning to get things like better focus, better low-light performance, Time-lapse and Slo-mo video and more.

Inside the Pros is the A15 Bionic chipset with a 16-core neural engine, which Apple says will help the iPhones run 50 percent faster than the competition. The company also touts the handsets’ enhanced durability and battery life. The iPhone 13 Pro series includes a surgical-grade stainless steel band and finishes that are resistant to abrasions and corrosions, and the lineup is IP68 water-resistant. As far as battery life goes, the iPhone 13 Pro should last 1.5 hours more than the iPhone 12 Pro and the iPhone 13 Pro Max will last up to 2.5 hours longer than its predecessor.

As for configurations, the iPhone 13 Pro and Pro Max come in 128GB, 256GB, 512GB and 1TB storage capacities and both are available in four colors: sierra blue, silver, gold and graphite.

Blue Jays need to determine next steps for Ryu after thumping from Twins – Sportsnet.ca