TORONTO (Reuters) – Proud Boys Canada, a far-right group that Ottawa named as a terrorist entity earlier this year, has dissolved itself, saying it has done nothing wrong, according to a statement by the organization on Sunday.

In February, Canada said the group posed an active security threat and played a “pivotal role” in the deadly attack on the U.S. Capitol in January by supporters of then-President Donald Trump. U.S. authorities have charged several members of the Proud Boys in connection with the Jan. 6 assault.

“The truth is, we were never terrorists or a white supremacy group,” the statement posted by the administrator of the official Proud Boys channel on Telegram said.

“We are electricians, carpenters, financial advisors, mechanics, etc. More than that, we are fathers, brothers, uncles and sons,” it added.

Founded in 2016, the Proud Boys began as an organization protesting political correctness and perceived constraints on masculinity in the United States and Canada, and grew into a group that embraced street fighting.

The group’s founder, Gavin McInnes, is a Canadian who lives in the United States.

Public Safety Minister Bill Blair said in February that the domestic intelligence forces had become increasingly worried about the group.

Why warnings of a deadly 3rd wave in Canada may have gone unheeded – CBC.ca 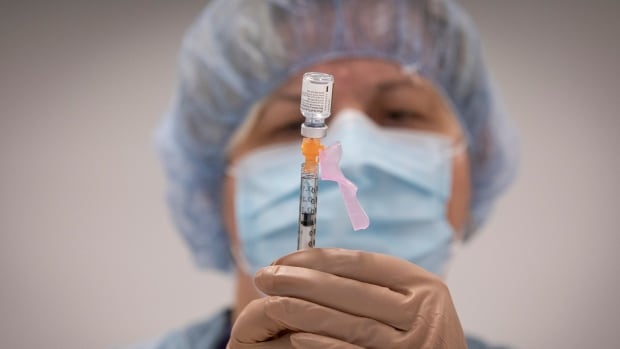 Ontario reported another 653 cases of COVID-19 on Sunday. The majority of the new cases, 499, have occurred in individuals who have either not been fully vaccinated or whose vaccination status is unclear.

Here are some other key pandemic indicators and figures from the Ministry of Health’s daily provincial update:

Patients in ICU with COVID-related illnesses: 177; 127 needed a ventilator to breathe

Vaccinations: 21,651,850 doses have been administered to date. Nearly 86 per cent of Ontarians aged 12 or older have now received a first dose, while slightly more than 80 per cent have received two doses.

The 2 Michaels are home. But what about the 115 Canadians still detained in China? – Global News

All eyes were on Canadians Michael Kovrig and Michael Spavor on Saturday as the two returned home following nearly three years spent in apparent arbitrary detention in China.

Heartwarming images and video surfaced of the two reuniting with their families. Prime Minister Justin Trudeau on Friday called their homecoming “good news for all of us,” noting that they had both gone through an “unbelievably difficult ordeal.”

But as of Sunday at least 115 Canadians remain in custody in Chinese prisons, Global Affairs Canada said in an emailed statement to Global News. Not all Canadians imprisoned in China are in arbitrary detainment, but the agency said at least four of those jailed are on death row.

“We have raised our firm opposition to the death penalty with China and continue to call on China to grant clemency for all Canadians sentenced to death.”

The agency said it reviews each detention on a case-by-case basis, as consular officials often require a “tailored approach” that can adapt to different local contexts and circumstances.

Here’s a look at the four Canadians currently on death row.

Of those sentenced to death, the most recent is Canadian Robert Schellenberg of Abbotsford, British Columbia. The Liaoning High Court upheld his death sentence on Aug. 10 following an appeal made over the summer.

Schellenberg was detained on drug charges in China in 2014 and was formally charged with drug smuggling in January 2015. Initially, a Chinese court had sentenced him to 15 years in prison. But four years later, his verdict was overturned following a retrial and he was sentenced to death.

“We have repeatedly expressed to China our firm opposition to this cruel and inhumane punishment and will continue to engage with Chinese officials at the highest levels to grant clemency to Mr. Schellenberg,” he said, shortly after the ruling was delivered.

“We oppose the death penalty in all cases, and condemn the arbitrary nature of Mr. Schellenberg’s sentence.”

In an emailed statement to Global News, Global Affairs Canada reiterated that the federal government remains “strongly opposed” to the decision to arbitrarily impose and uphold the death penalty for Schellenberg.

The agency added it “will continue to engage with Chinese officials at the highest levels to seek clemency for Mr. Schellenberg.”

Canadian Xu Weihong was sentenced to death by the Guangzhou Municipal Intermediate Court over drug manufacturing charges on Aug. 6, 2020. They also handed down a life sentence to Wen Guanxiong, whom they claim helped Xu make ketamine.

“I would like to stress that China’s judicial authorities handle the relevant case independently in strict accordance with Chinese law and legal procedures,” Wang had said.

He added that “this case should not inflict any impact on China-Canada relations.”

Ye Jianhui is the fourth Canadian to receive the death penalty in China.

His sentence was handed down in August of last year over charges to manufacture and transport drugs by the Foshan Municipal Intermediate Court, just one day after Xu’s.

Ye and co-defendant Lu Hanchang conspired with others to manufacture and transport drugs between May 2015 and January 2016, the Associated Press reported last year.

Asked last year if the sentencing of the Canadian drug offenders was linked to Meng’s case, Wang said China’s judicial organs “handle cases independently,” while also adding that “the Canadian side knows the root cause” of difficulties in China-Canadian relations.

Fan Wei was given the death penalty on April 30, 2019 along with 11 others over his involvement in an international methamphetamine operation.

Speaking to Global News the day of his sentencing, Global Affairs Canada said officials attended the sentencing and reading of the verdict. They called on China to grant clemency, adding the decision to apply the “cruel and inhumane” death penalty to Fan’s case was of “extreme concern” to their government.

“Obtaining clemency for Xu Weihong, Ye Jianhui and Fan Wei is also of primary importance given China’s decision to impose the death penalty in these cases,” Global Affairs Canada said, in an emailed statement to Global News on Sunday.

“Canada will continue to provide consular services to Robert Schellenberg, Xu Weihong, Ye Jianhui and Fan Wei, as well as to their families.”

— With files from Global News’ Saba Aziz and Aaron D’Andrea, as well as the Canadian Press, Associated Press and Reuters. 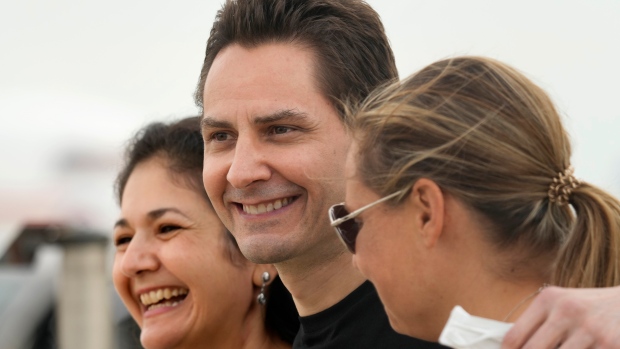 Two Canadians who’ve been imprisoned in China for more than 1,000 days have arrived safely in Canada.

Footage from CTV News on the tarmac shows several passengers greeted by Prime Minister Justin Trudeau with a hug, though everyone in the footage is wearing a mask.

A spokesperson for the Prime Minister’s Office told CTV News’ Bill Fortier at the airport that the passengers are indeed the two Michaels. The spokesperson added that it is very emotional moment for both of them and they would not be taking questions.

Later in the day, a smiling Kovrig landed at Toronto’s Pearson International Airport, where he was met by his sister and wife. Kovrig briefly spoke to media, where he issued his thanks for the support and said he would have more to say in due time.

“It’s wonderfully fantastic to be back home in Canada,” he told reporters. “I’m so grateful for everybody who worked so hard to bring both of us back home.”

Trudeau announced the two would be returning to Canada in a late-night press conference on Friday, only once the two had left Chinese airspace.

“Welcome home, Michael Kovrig and Michael Spavor,” Trudeau wrote in a tweet on Saturday. “You’ve shown incredible strength, resilience, and perseverance. Know that Canadians across the country will continue to be here for you, just as they have been.”

News of their release has garnered celebration from across Canada, including ​from Conservative Leader Erin O’Toole and NDP Leader Jagmeet Singh, as well as from people who knew the two Canadians.

“It’s hard to describe but I’m just so thrilled for him and his family more than anybody else,” Praveen Madhiraju, a colleague of Kovrig’s, told CTV News Channel on Saturday. “This has been a long time coming and we’re just thrilled for this next chapter.”

“Michael Kovrig and Michael Spavor are now home — they, as well as their families, have shown incredible strength, bravery and resilience,” she tweeted on Saturday. “The Canadian government has worked hard to secure their release. We thank everyone involved who helped make it possible.”

Michael Kovrig and Michael Spavor are now home — they, as well as their families, have shown incredible strength, bravery and resilience. The Canadian government has worked hard to secure their release. We thank everyone involved who helped make it possible.

The Michaels arrived in Canada just one day after a British Columbia court dropped the extradition case against Huawei executive Meng Wanzhou over fraud and conspiracy charges related to American sanctions against Iran.

Meng had earlier Friday pleaded not guilty to all charges in a virtual appearance in New York court, where the judge signed off on a deferred prosecution agreement.

The two Michaels were both convicted of spying in closed Chinese courts earlier this year. Spavor was sentenced to 11 years in Chinese prison, while Kovrig had yet to be sentenced.

The detainment of the two Canadians has largely been seen as retaliation for Meng’s arrest, though China has repeatedly denied any connection between the Michaels and Meng.

Colin Robertson, a former Canadian diplomat, told CTV News Channel on Saturday that the swift release of the two Michaels shows that their detainment was in fact retaliatory.

“Obviously this is the acknowledgment that this was really a retaliatory hostage taking for Meng Wanzhou,”

“I think (this is) a triumph for quiet diplomacy, because this was kept very much to wraps. Nobody knew what was going on. I was as surprised as the rest of Canada.”

Welcome home, Michael Kovrig and Michael Spavor. You’ve shown incredible strength, resilience, and perseverance. Know that Canadians across the country will continue to be here for you, just as they have been. pic.twitter.com/1UoLbBFGNv