Meanwhile, Quebec City’s regional health authority says almost 100 people at a long-term care home — both residents and staff — have tested positive for COVID-19 after they were vacinated. The Saint-Antoine long-term care home was the site of the first COVID-19 vaccination in Canada.

Dr. Gaston De Serres, the chief physician of the scientific immunization group at Quebec’s national public health institute, says it can take up to 14 days for someone to develop immunity to COVID-19 after receiving a vaccine.

Quebec exceeded the 200,000 COVID-19 case mark today after officials reported a record 2,819 new infections. The province also reported 62 more deaths attributed to the novel coronavirus, including 22 that occurred in the past 24 hours.

This report by The Canadian Press was first published Dec. 31, 2020.

Health officials say current public health measures around masking and distancing will protect Albertans against the new variants of the novel coronavirus, but there are some extra precautions that can be taken.

Alberta Health reported Monday that there were 20 cases of the UK variant and five cases of the South African variant in the province; while most were travel-related, there is one case that appears to be the result of community transmission.

READ MORE: U.K. variant of COVID-19 ‘may have entered the broader community’ in Alberta: Shandro

The variants can transmit faster between people because of changes to the spike proteins on the virus’s surface, which allows it to enter cells more easily. Higher transmission of the virus means there is the potential for more cases and, with that, the possibility there could be more hospitalizations.

While some Americans are wearing two masks, Butt said he wouldn’t recommend it.

Butt also said that three layers in a mask will protect a person more than a mask with just one layer.

RELATED: COVID-19: Triple-layer masks now recommended, what does that mean for Albertans?

“Additionally if you have a mask which you can actually put in a filter, in addition to your three layers, that will protect you better,” he said.

Smith said N95 can filter small air particles but those are recommended for those working in hospital settings.

“For most people in everyday settings, the surgical mask or its equivalent is effective in preventing transmission from larger droplets,” she said.

Smith said wearing masks indoors is very important and wearing masks outdoors is also important if you are going to be in close contact with someone, but she balks at wearing a mask at all times when outdoors.

“If you’re just out for a walk in your neighbourhood and you don’t actually interact with anyone then you probably don’t need to wear a mask at all,” she said.

Albertans have been told to distance two metres from people outside of their household, but Butt said people can take extra precautions and distance more than two metres to be safe.

Should people cut down the time they spend in indoor spaces?

Smith said, at this point, it isn’t clear how well established the new variants are in Alberta but she recommends curbing interactions.

Butt suggests only going out for essential tasks and he also recommends reducing the time spent in closed settings.

What about travel internationally, domestically and within Alberta?

Butt said people should avoid travelling right now, saying this is one way the variant can spread.

“No travelling across provinces and also, if you’re living in an area that’s designated a high-risk area, don’t travel from your high-risk area to a low-risk area,” he said.

Smith said international travel right now is a “bad idea” and that the province should monitor what is happening in other provinces.

“If it does appear there are areas of the country that have widespread transmission of the new variant then I think we would have to look at some restrictions of people coming from that particular province,” she said.

“There have been outbreaks in Ontario related to the new variant. I think this data is emerging. I think we’ll have to keep a close eye on the information that we get from these other provinces to determine what we should be doing about restrictions within Alberta.”

As for travel within Alberta, Smith said there is an increased risk any time you travel because there are more interactions with people that you wouldn’t normally interact with.

Smith suggests curtailing travel within the province unless it is essential. 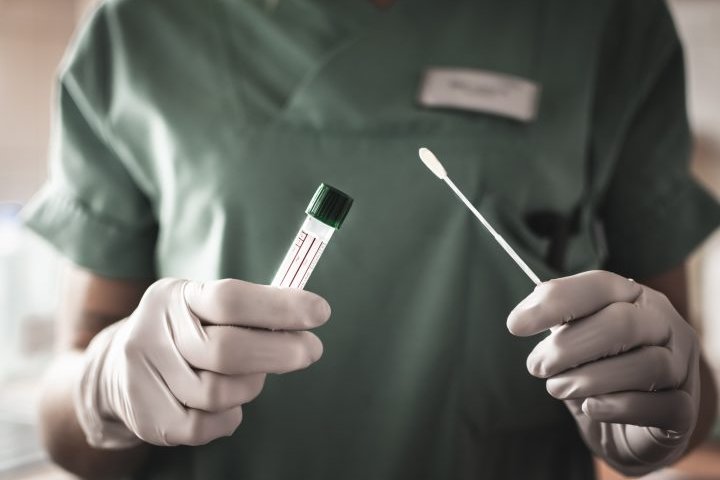 Ontario is reporting 1,740 new cases of the coronavirus on Tuesday, bringing the provincial total to 258,700.

It is also the lowest increase in daily cases since Dec. 13 when 1,677 new cases were reported.

“Locally, there are 677 new cases in Toronto, 320 in Peel and 144 in York Region,” Health Minister Christine Elliott said.

The death toll in the province has risen to 5,909 after 63 more deaths were reported.

Meanwhile, 229,755 Ontarians have recovered from COVID-19 which is about 89 per cent of known cases. Resolved cases increased by 2,261 from the previous day.

There were more resolved cases than new cases on Tuesday.

The government said 30,717 tests were processed in the last 24 hours. There is currently a backlog of 36,405 tests awaiting results. A total of 9,375,676 tests have been completed since the start of the pandemic.

Test positivity — the percentage of tests that come back positive — for Tuesday was 5.9 per cent, up from Monday at 5.5 per cent, and down from one week ago when it was 6.8 per cent.

As of 8 p.m. Monday, the province has administered 295,817 COVID-19 vaccine doses. There are 83,285 people fully vaccinated with two doses. Both Pfizer-BioNTech and Moderna, the only two vaccines currently approved in Canada, require two shots.

Here is a breakdown of the total cases in Ontario by gender and age:

The province notes that the number of cases publicly reported each day may not align with case counts reported by the local public health unit on a given day. Local public health units report when they were first notified of a case, which can be updated and changed as information becomes available. Data may also be pulled at different times.

Here is a breakdown of the total deaths related to COVID-19 by age:

According to the Ministry of Long-Term Care, there have been 3,389 deaths reported among residents and patients in long-term care homes across Ontario which is an increase of 24 deaths. Eleven virus-related deaths in total have been reported among staff.

There are 246 current outbreaks in homes, which is a decrease of 10 from the previous day.

Five more deaths and 94 new cases of COVID-19 were reported in Manitoba on Tuesday.

This is the first time the daily caseload has been below 100 since Jan. 12, when there were 92 new cases. Prior to that, the province last saw a sub-100 daily count in mid-October.

The total number of deaths in Manitoba due to COVID-19 is now 809.

One of the five new deaths is a woman in her 90s from the Prairie Mountain Health region, who is linked to the outbreak at Fairview Personal Care Home.

Dr. Jazz Atwal, acting deputy chief provincial public health officer, said today’s low number of new cases — compared to the seven-day average of 170 — “is trending the right way, but we still have a number of people in hospital.”

There are currently 277 people in hospital with COVID-19, including 38 ICU patients.

That shows there “still is a burden on the acute care system,” Atwal said.

While the province is seeing benefits from its aggressive contact tracing, it is unrealistic to think the daily case totals will drop to zero any time soon, he said, but tipped his hat to the Interlake–Eastern region.

“This is a pandemic. This isn’t going away quick,” Atwal said. “We need to do what’s being asked of people to do by public health … to keep our case counts low.

“Every interaction we have has a risk of propagating an infection. The more interactions we have, with the more people, that risk has a multiple on it. That’s where you get that exponential growth.”

The vaccination program will eventually help reduce that exponential risk “but we are still early on, on that vaccine side,” he said.

The current five-day COVID-19 test positivity rate is 10.3 per cent provincially and 6.4 per cent in Winnipeg after 1,118 tests were completed on Monday.

The province on Tuesday declared outbreaks over at the Boyne Lodge Personal Care Home in Carman and Health Sciences Centre unit GA4 in Winnipeg.