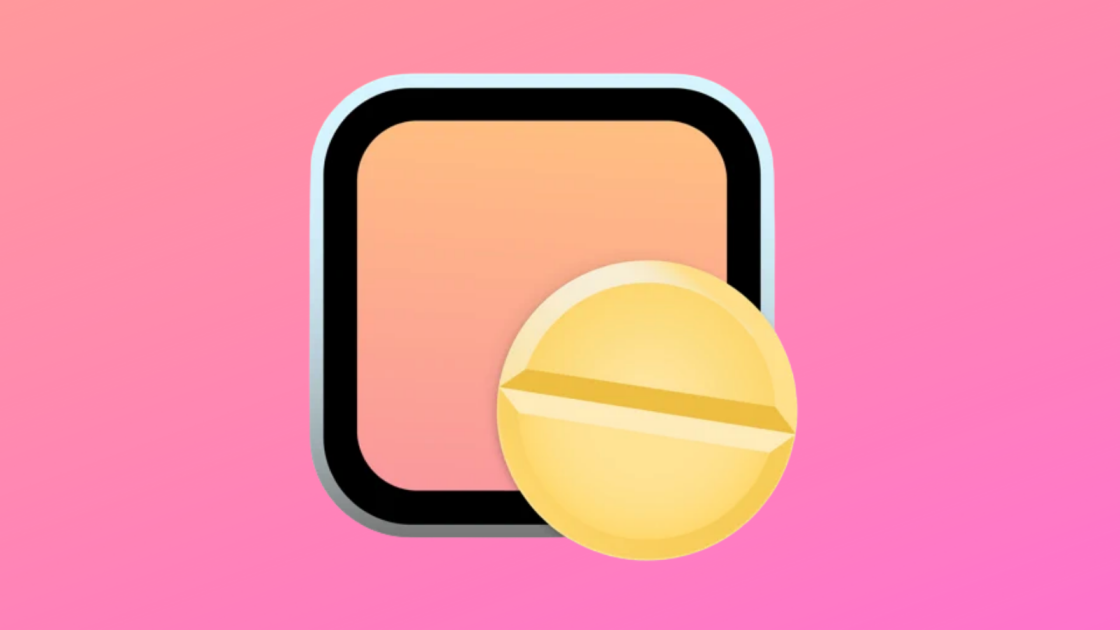 Amphetamine is a macOS app meant to keep Apple computers from entering sleep mode. But despite its cheeky moniker, it has nothing to do with the drug of the same name.

Apple apparently didn’t get the joke. After telling app creator William C. Gustafson that his app would be removed from the App Store without changing to its name, The Verge reports that the decision has been reversed.

Gustafson received an ultimatum on Dec. 29 that gave him two weeks to remove “all references” to “amphetamine” from his app. The image of a pill in the icon needed to go as well, or Amphetamine would face removal on Jan. 12.

Strangely, the app had been live for some time, with a 4.8 rating and nearly 450,000 downloads. But Apple’s support team warned Gustafson that the app name and icon included references to “controlled substances, pills,” which violated an App Store guideline regarding illegal substances. Apps that encourage the consumption or sale of drugs are a major no-no. Of course, given that the app does none of those things, it’s difficult to see how this removal was legit.

Gustafson told The Verge he had interacted with several Apple employees since his app went live. There were no objections or complaints about the app’s name or icon until recently. He appealed Apple’s decision to remove the app, though he wasn’t expecting a positive outcome.

On Saturday, Gustafson took to Twitter with the official word: Amphetamine is to remain on the App Store without any changes.

“Just got off a call with @Apple. Appeal accepted and Amphetamine will remain on the @AppStore,” he wrote. “Thank you all for your comments, opinions, and action.”

Apple has not responded to a request for comment. Amphetamine, however, remains alive and well, no rebranding required.

The most anticipated phones of 2021 – Tom's Guide

When will Corpse Husband stream on Twitch? YouTuber looks to new platform – Dexerto


Corpse Husband has found a lot of success on YouTube, but will he ever stream on Twitch? If his recent comments are anything to go by, it sounds like he’s already amassed a strong following on there and is thinking about doing a surprise stream.

Corpse Husband is one of the most successful streamers on YouTube. It happened after his popularity skyrocketed in 2020. However, most fans don’t realize he also has a Twitch channel.

It has no content, but he’s still managed to amass more than half a million followers on there. He probably only made it to lock in his name in case he ever switched platforms. However, it raises the question: will he ever stream on it?

He has no reason to switch permanently, at least for the time being. But that could change if he was offered a lucrative contract. Still, he has pondered the idea of doing a surprise stream.

Corpse Husband is one of the most popular streamers on YouTube.

Corpse mentioned the idea to his fans when he was playing Among Us live on stream. Initially, it sounded like he was all for it. However, he quickly talked himself out of it, or rather, played it down.

“Someday, I will stream on Twitch,” he said. “I checked it recently, and I had like 600,000 followers for some reason. I might go there to… I wanna have like a chilled… no, I could probably do that now.”

It’s impossible to know whether it was anything more than a passing thought. If it ever did come to fruition, though, it would undoubtedly be a smash hit and potentially break records.

In the meantime, it’s become a talking point among fans. Some are all for it, regardless of whether it’s temporary or permanent. Others are less enthusiastic, and feel like YouTube is his rightful home.

Either way, we’ll have to wait and see what happens. A one-off Twitch stream could be an exciting event. It might even be a good way to test the water. But at the same time, if it ain’t broke, don’t fix it.

Earlier this month, Vivo released an open beta version of OriginOS for 11 devices. It has now released the list of the second batch of devices that are eligible for the public beta.

The recruitment for the public beta will begin on January 25 according to the official OriginOS Weibo account and will run until January 27. The build will then be pushed to selected users on the 28th of January. Below is the list of devices:

The update should bring not only a new user interface but also bring Android 11 to these devices.

OriginOS is a complete design change from Vivo’s other operating system, Funtouch OS. The homescreen is arranged in a Klotski Grid format and features tiny pop-up widgets called Nano Alerts that display details such as upcoming flights and package delivery status. Nano Alerts not only show up on the homescreen but also on Always-On Display.

The new operating system also has system enhancements that include memory and app optimizations, intelligent app freezing, and application preloading for a smooth and fast experience.

UP NEXT: Vivo X60 Pro+ launched with Snapdragon 888 and two main rear cameras

Streamer AverageHarry was handed a permanent ban after it was revealed that his account was created before the age of 13, following which Twitch was accused of hypocrisy as other streamers with similar accounts were treated differently.

Twitch has informed AverageHarry about the possibility of vacating his current account as he was 13 at the time of creation which is against their terms. Fast forward two years, he is 15 now which is insufficient for Twitch to let him have his way with the account, rather they asked him to recreate an account and start over which left him in tears as all the effort he put in for the past two years is about to go in vain.

The minimum criteria to make partner:

However, the post did mention that these are the “minimum criteria” and that they look for more things in a streamer before they uplift them to Partner status from Affiliate. One of those things that Twitch looks for is the age that AverageHarry lacks.

After he was denied partnership, Twitch had already made him aware of this, but the controversy surfaced when it was revealed that another popular streamer in TommyInnit was given a different treatment given the fact his account was created when he was aged 11. A redditor pointed it out for us, while exposing the hypocrisy on the side of Twitch.

Now its up to Twitch to either make their platform fair for everyone or keep their reputation as tarnished as it is now. There is no doubt that Harry’s case was unfairly judged. With the recent information that came to light, Twitch are getting blasted by fans for the difference in their treatment, the most reasonable outcome would be return Harry his account and restructure their bylaws.

Couple charged after travelling to Yukon to get COVID-19 vaccine – WellandTribune.ca