It was not immediately clear what caused the outages on both days, but Bloomberg News reported on Monday that Apple told staff that the outage stemmed from domain name system, or DNS – an address book of the internet which enables computers to match website addresses with the correct server.

Apple did not immediately respond to a request for comment on Tuesday’s outage.

(Reporting by Yuvraj Malik and Shubham Kalia in Bengaluru; Editing by Shailesh Kuber)

Apple iOS 15.5 has arrived and it is an extremely important update, but not for the reasons you might expect. So should you upgrade? Here’s everything you need to know.

Tip: bookmark this page because I will keep it up to date if/when new problems are found. I will deliver my final verdict in a week.

Who Is It For?

Apple iOS 15.5 and iPadOS 15.5 have been released for all iOS 15-compatible devices, this means the iPhone 6S (2015) and newer and iPad Mini 4 (2015) and newer. I must warn you that there are now concerns around delays to the auto-update process, so the best method is to trigger it manually by navigating to Settings > General > Software Update. If you are running newer beta software (see ‘The Road Ahead’ section at the end), you must unenroll your device before the update will appear.

Note: this guide is not focused on older iOS updates or iPadOS, but I will touch upon pertinent issues in these guides.

Jailbreakers, nothing has changed. Unc0ver and checkra1n continue to be stumped by iOS 15 and with critical security updates in this update (spoilers), I’d suggest you switch priorities and upgrade.

For everyone else, the first 24 hours is promising. While I have seen isolated reports from upgraders of poor network reception, screen wake up failing during calls and missing FaceTime notifications there has been no momentum around any of these so far. Reddit and Apple Support Communities are also quiet.

As always, I will continue to monitor this as more users upgrade.

So What Do You Get?

– Fixes an issue where home automations, triggered by people arriving or leaving, may fail

Unsurprisingly, the release notes don’t mention the biggest news in iOS 15.5: the new Macs leaked in its beta code. Expect big news from Apple here at WWDC on June 6.

Aside from this, the potentially transformative introduction in iOS 15.5 is the ability to now receive money through Apple Cash not just send it. This could have a huge impact for small businesses, stall traders, etc. It’s also useful for getting friends/family to quickly pay their debts!

And yet the most significant reason you should upgrade to iOS 15.5 is security. The official iOS 15.5 security page reveals no less than 34 security patches. The good news is there are no known ‘Zero-Day’ vulnerabilities (flaws which hackers are actively exploiting before a fix can be issued) but there is a wide range of affected areas, including: graphics, memory, Apple Notes, Shortcuts, WiFi and WebKit (the engine that powers Safari) and Safari Private Browsing.

Despite a dumpster fire launch, iOS 15 is now a very polished platform. Few releases in recent months have had serious problems and iOS 15.5 looks like another solid entry to this list as Apple winds it down ahead of iOS 16.

For the most hesitant, bookmark this guide. I will continue to update it with any relevant flaws or features I find and you will receive my final verdict here in one week.

At the time of publication, Apple has not released a new iOS 15 beta and while several ‘minor point’ releases (iOS 15.5.1, etc) are likely, I would be surprised to see another major point upgrade (iOS 15.6) before the launch of iOS 16.

And we will see that soon. Apple will debut iOS 16 at WWDC 2022 which kicks off on June 6 and early leaks suggest our hopes should be high. Developer and public betas will follow, though reports claim test builds are buggier than normal which may delay this.

Wordle is a fun and casual game played by many players every day. Its simplicity and ease of sharing match results on social media were an essential part of its success. It wasn’t long before the game, created by Josh Wardle, conquered the internet and was acquired by the New York Times. It makes sense since Wordle brings that feel of crossword games in the newspapers. Many players even like to play Wordle in the morning over coffee.

There are many different types of Wordle players. Some are more casual and enjoy playing games when they are bored or have some free time, logging into the New York Times website during breaks during work or on the go on their mobile devices.

There are those players who prefer to take the game more seriously and engage in discovering strategies, researching which words are best to start with, and doing everything possible to keep their winning streaks recorded on the Wordle website and shared on their social networks.

It doesn’t matter if you are a more casual gamer or a hardcore one. If you play Wordle often, it is very likely you have come across secret words that are more difficult to discover than others. It is part of the game, as every day new words are chosen. And in these more difficult times, a little online help may come in handy.

If you’ve used several of your attempts but only managed to find that the secret word of the day starts with the letter ‘S’ and ends with the letter ‘R’, here are some five-letter words starting with ‘S’ and ending with ‘R’, sorted alphabetically so you’ll have less work to do with filtering your choices by the letters you’ve already eliminated.

All the words on this list are accepted by Wordle and will give you more clues as to which letters are present or not in the word of the day until you get it right. Another good tip to get it right as early as possible is to find which other vowels are present in the word of the day to narrow down your options. Beware of words that may have repeated letters and don’t forget to try words you already know first, since Wordle tends to choose more common words as the right answer.

These tips should help you complete your latest Wordle task. 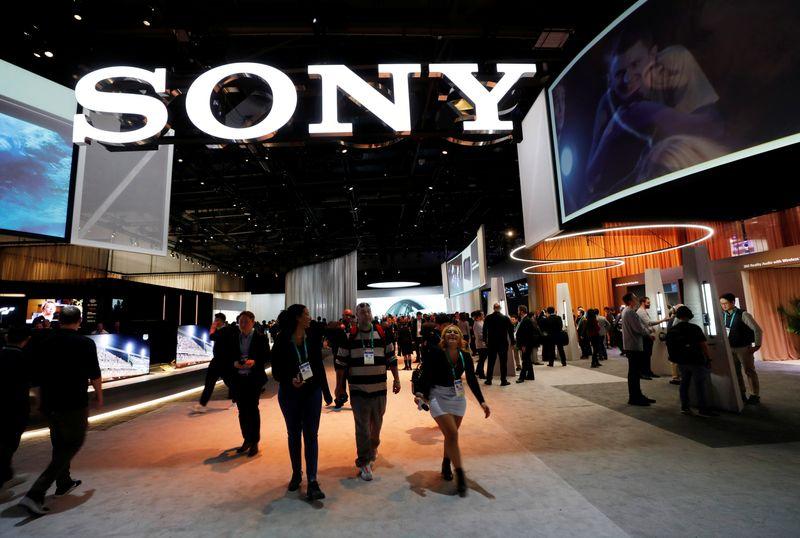 The metaverse is a vague term encapsulating the idea that consumers will spend more time in online simulated environments. While the concept is evolving, it has become a buzzword in briefings and a driver of industry dealmaking.

“The metaverse is at the same time a social space and live network space where games, music, movies and anime intersect,” Chief Executive Kenichiro Yoshida said at a strategy briefing on Wednesday, pointing to the use of free-to-play battle royale title Fortnite from Epic Games as an online social space.

The firm is a gaming gatekeeper with its PlayStation 5 console, however observers point to the risk presented by the growth of cross-platform, cloud-based titles and their potential to reduce the influence of proprietary platforms.

Sony has been adjusting its approach, enabling cross-play in Fortnite in 2018. This week, Epic said in-game “V-Bucks” currency purchased on PlayStation would be usable on other platforms.

“PlayStation has played a huge role in the social gaming revolution that’s nurturing the growth of the metaverse as a new entertainment medium,” Epic’s CEO Tim Sweeney said on Twitter.

Sony has also taken steps to expand beyond its focus on single-player titles such as “Spider-Man: Miles Morales”, with a deal announced in January to buy Bungie, the developer of online multi-player shooter “Destiny”.

“We believe it will be a catalyst to enhance our live service game capabilities… (It) represents a major step forward in becoming multi-platform,” Yoshida said.

Sony already licences its content to other platforms, profiting from the value to streamers of content such as popular U.S. sitcom “Seinfeld”. Though the firm owns the Crunchyroll anime streaming service, it has not pushed as aggressively into operating its own video platforms as rivals such as Walt Disney Co with its Disney+ service.

Beyond the metaverse, Yoshida also staked out Sony’s claim in mobility, with the conglomerate developing an electric vehicle with Honda Motor Co Ltd.

Sony created a new lifestyle in 1979 with the launch of the Walkman, Yoshida said.

“We are aiming to turn the mobility space into a new entertainment space… We believe mobility will be the next megatrend,” he said.