BEIJING — China will use timely cuts in banks’ reserve requirement ratios (RRR) and other policy tools to support the economy, state media quoted the cabinet as saying on Wednesday, as headwinds increase amid outbreaks of COVID-19.

China will step up financial support for the real economy, especially industries and small firms hit by the COVID-19 pandemic, and will lower financing costs, state media quoted the cabinet, or State Council, as saying after a regular meeting.

“In light of of changes in the current situation, we will encourage large banks with higher provisions to lower provision ratios in an orderly manner and will use monetary policy tools, including RRR cuts, in a timely way,” it was quoted as saying.

The People’s Bank of China (PBOC) usually follows guidance from the cabinet, which oversees the world’s second-largest economy and charts the fundamental course of China’s policies.

The PBOC last cut the RRR – the amount of cash that banks must hold as reserves – by 50 basis points in December.

A government adviser said on Wednesday that China should cut the RRR and interest rates to support the slowing economy, even as consumer inflation picks up steadily.

Some analysts expect China’s central bank to cut the rate on its medium-term lending facility (MLF) as early as Friday.

More steps will be taken to support purchases of new energy vehicles and consumption in rural areas, the cabinet added. (Reporting by Kevin Yao and Beijing newsroom Editing by Gareth Jones)

Here's How China's Lockdowns Are Rippling Through the Economy – Financial Post 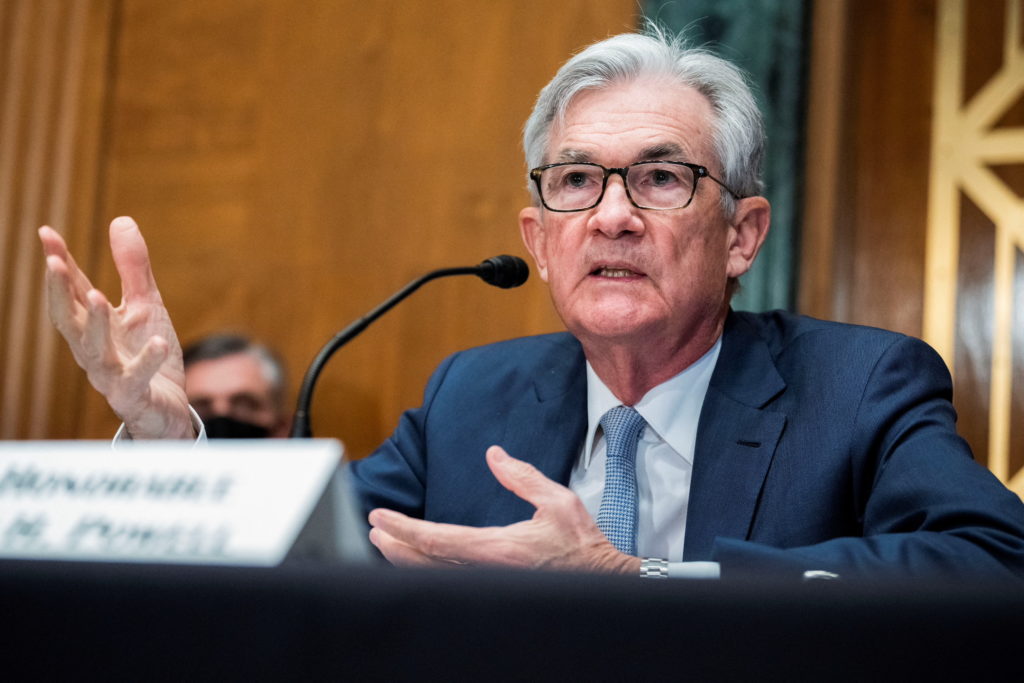 WASHINGTON (AP) — Federal Reserve officials agreed when they met earlier this month that they might have to raise interest rates to levels that would weaken the economy as part of their drive to curb inflation, which has reached a four-decade high.

At the same time, many of the policymakers also agreed that after a rapid series of rate increases in the coming months, they could “assess the effects” of their rate hikes and, depending on the economy’s health, adjust their policies.

After their meeting this month, the policymakers raised their benchmark short-term rate by a half-point — double the usual hike. According to minutes from the May 3-4 meeting released Wednesday, most of the officials agreed that half-point hikes also “would likely be appropriate” at their next two meetings, in June and July. Chair Jerome Powell himself had indicated after this month’s meeting that half-point increases would be “on the table” at the next two meetings.

All the officials believed that the Fed should “expeditiously” raise its key rate to a level at which it neither stimulates or restrains growth, which officials have said is about 2.4 percent. Some policymakers have said they will likely reach that point by the end of this year.

The minutes suggest, though, that there may be a sharp debate among policymakers about how quickly to tighten credit after the June and July meetings. The economy has showed more signs of slowing, and stock markets have dropped sharply, since the Fed meeting.

Government reports have shown, for example, that sales of new and existing homes have slowed sharply since the Fed meetings, and there are signs that factory output is growing more slowly. Gennadiy Goldberg, senior rates strategist at TD Securities, suggested that the minutes released Wednesday might reflect a more “hawkish” Fed — that is, more focused on rate hikes to restrain inflation — than may actually be the case now.

Some officials, particularly Raphael Bostic, president of the Federal Reserve Bank of Atlanta, have indicated since this month’s meeting that the Fed could reconsider its pace of rate hikes in September.

At the meeting, Fed officials agreed to raise their benchmark rate to a range of 0.75 percent to 1 percent, their first increase of that size since 2000. The officials also announced that they would start to shrink their huge $9 trillion balance sheet, which has more than doubled since the pandemic.

The balance sheet swelled as the Fed steadily bought about $4.5 trillion in Treasury and mortgage bonds after the pandemic recession struck to try to hold down longer-term rates. On June 1, the Fed plans to let those securities start to mature, without replacing them. That should also heighten the cost of long-term borrowing.

Powell has said the Fed is determined to raise rates high enough to restrain inflation, leading many economists to expect the sharpest pace of rate hikes in three decades this year. Powell says the central bank is aiming for a “soft landing,” in which higher interest rates cool borrowing and spending enough to slow the economy and inflation. But most economists are skeptical that the Fed can achieve such a narrow outcome without causing an economic downturn.

WATCH: Inequality persists as the U.S. economy recovers from the pandemic

Stock prices have plunged on fears that the Fed’s rate hikes will send the economy into recession. The S&P 500 has fallen for seven straight weeks, the longest such stretch since the aftermath of the dot-com bubble in 2001. The stock index nearly fell into bear-market territory last week — defined as a 20 percent drop from its peak — but rallied Wednesday.

The minutes also showed that some policymakers decided it was appropriate to consider selling some of its holdings of mortgage-backed securities, rather than simply letting them mature. Sales would make it easier for the Fed to transition to a portfolio composed mainly of Treasurys, the minutes said. The Fed did not mention any timing of such sales but said they would be “announced well in advance.”

The Fed has said that by September it would allow up to $30 billion of mortgage-backed securities to mature each month, along with $60 billion in Treasurys. Many analysts doubt that the cap will be reached for mortgage-backed bonds, because mortgage rates having jumped more than 2 percentage points since the start of the year. That means that fewer homeowners will refinance their mortgages because their current loan rates are lower than what is now available in the mortgage market.

Fewer refinancings would force the Fed to sell mortgage-backed securities to maintain its plans to reduce its balance sheet. 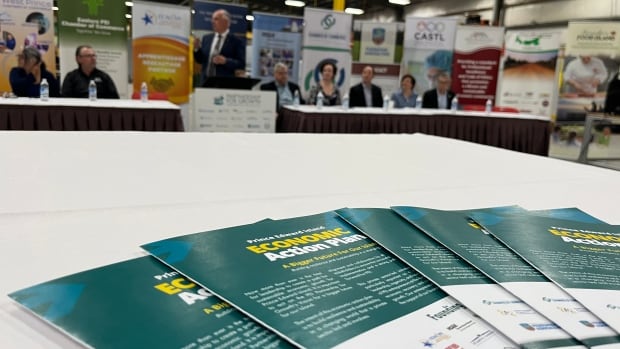 High-speed internet for all communities on P.E.I., increased wages and support for entrepreneurs — particularly women, Indigenous people and newcomers — were part of a new ​​five-year plan announced Wednesday to boost P.E.I.’s economy.

The Partnership for Growth formed in 2019, and over the last few years received input from more than 200 businesses.

The group has created a plan for economic growth that sets specific goals it wants to see met by 2026, such as increasing the Island’s GDP, improving wages and making P.E.I. a bigger player on the global market.

“It’s now more important than ever to take the long term view, we’re coming out of COVID-19 our focus has been very short term, now we need to look at what are our priorities to make sure that we got back on track,” said Rory Francis, interim chair for Partnership for Growth.

But first, there are short-term issues that need to be addressed, including a shortage of workers in many industries.

“We also have to be a leader in making sure we have the housing for those that we’re going to need to do here, the skills training, there’s just so many components to this where government can be a leader but also a follower, a supporter as well,” he said.

“Government does best when we take our leadership from others and to have a group that has come together like this across so many sectors of the economy I think this gives us a good blueprint for that.”

The province will continue to focus on immigration and creating business incentives to improve wages, King said.

The partnership has formed a committee that will help businesses figure out how to achieve their goals.