TORONTO —
The plane carrying Canadian citizens who were in lockdown in Wuhan, China, the epicentre of the novel coronavirus outbreak, has landed in Ontario.

The plane departed Wuhan on Thursday and made a two-hour refuelling stop in Vancouver before it arrived in Ontario. It was initially scheduled to leave on Wednesday, but it was delayed due to bad weather.

Dozens of other Canadians in Wuhan travelled on a United States government plane that departed a few hours after the Canadian flight. That plane is expected to land at Canadian Forces Base Trenton early Friday afternoon.

While there was room on the Canadian flight for 211 passengers, only 176 boarded the plane because Foreign Affairs Minister Francois-Philippe Champagne said there were some no-shows, as they expected.

Another flight for any remaining Canadians in Wuhan is scheduled to depart on Feb. 10.

Two-thirds of Canadians who requested to leave Wuhan have already been evacuated, according to Champagne.

Upon arrival at the air force base, the passengers will undergo a medical assessment before they’re transported to accommodations on the base where they will be monitored for two weeks to ensure they haven’t contracted the virus.

Anyone who exhibits symptoms will be transported to a local hospital for further treatment.

During the isolation period, the evacuees will be individually isolated in a 290-room motel-like accommodation that is regularly used to house military families and other visitors to the base.

Families will be kept together during the 14-day quarantine at the base.

One of the passengers on the flight, Myriam Larouche, a 25-year-old woman from L’Ascension, Que. who is studying tourism management at the Central China Normal University in Wuhan, said she was relieved to be back on Canadian soil when the plane stopped to refuel in Vancouver.

“I’m so happy, so relieved. So happy to be back home,” she told CTV News Channel early Friday morning.

Larouche said the passengers erupted into applause as soon as the pilot finished his announcement over the speaker system when they landed in Vancouver.

“Everybody was just so happy to be back and be safe,” she said.

While the flight was “really long,” Larouche said Canadian officials were so helpful throughout the journey that it made it go by quicker.

Larouche said she’s not worried about the next two weeks in isolation at the military base. She said once she gets the all-clear from health officials and her university in China re-opens, she plans to return to her studies in Wuhan.

“I met lots of people from around the world. It’s a beautiful city,” she said. “It’s really sad what’s happening there. It could have happened anywhere in the world.”

As of Friday, there have been 636 deaths and 31,161 confirmed cases of the novel coronavirus on mainland China. Hong Kong has had one death and 22 cases and Macao has had 10 cases.

There have been five confirmed cases of novel coronavirus in Canada so far with two more presumptive cases identified in British Columbia.

With files from The Canadian Press and The Associated Press

The Gender War amongst Us

The United Nations define gender-based violence as any act of gender-based violence that results in or is likely to result in physical, sexual or mental harm or suffering to women and other persons, including threats of acts of violence, coercion and arbitrary deprivation of liberty, whether occurring in public or private life.

Gender-Based Violence is a global public health problem that challenges and affects the morbidity and mortality of women and the LGBTQ Community. It is estimated that 30% of women and 85% of The LGBTQ have experienced at least one form of GBV in their lifetime since the age of 15. The United Nations study among Women of reproductive age revealed that Intimate Partner Violence(IVP) ranged from 15% in Urban Regions(ie Japan) to 71% in Rural Regions (ie Ethiopia)Evidence reveals that this problem is most prominent in developing nations where socioeconomic status is low and education limited, especially in sub-Saharan Africa countries.
Gender Prejudice and Violence directed towards Women and The LGBTQ Community is globally widespread, even within the well-educated populations of the developed world.

Gender-Based Violence is a common practice in Africa, Asia and developing nations in Latin America. Most African Cultural beliefs and traditions promote men’s hierarchical roles in sexual relationships and especially in marriage. Almost two-thirds (63%) of the African population live in rural settings which increases the difficulty to access basic amenities and communities are isolated from the influence of central governments or the laws that prohibit GBV. Despite legislative advances, GBV remains pervasive and a daily reality for Women, Girls and THE LGBTQ Communities. Within Rwanda, many Women and Girls experience multiple and intersecting forms of violence and oppression including intimate partner violence, sexual violence, early and forced marriages, genital mutilation and human trafficking.

Gender Biased Violence directed towards The LGBTQ Community is high within African society, where their lifestyle may appear as a challenge to other males’ masculinity or gender understanding. Within the Latin Community, such violence exists but is far less felt than in areas within Africa. The Latin Worlds’ understanding of masculinity seems to vary, appearing to be more accepting of “the different”. Many Latin Males have multiple gender partners even within marriage. African attitudes are far more conservative and unyielding.

Gender Politics have shaped our world, moving from ancient acceptance of the power and influence of Womanhood to a place where religion became the excuse to oppress Women and other elements of society like the LGBTQ Community. Humanities’ move toward freedom and self-expression has been squashed by the manipulative, powerful masculinity of Mankind. Impressions of a controlling, protective society show us what we are to believe and how we are to live our lives.

Equality, self-determination and self-expression for Women and the LGBTQ Community still remain important aspects of the developed world’s policymaking and implementation. Within the continents of Africa, Central and Latin America, and some Asian nations government policymakers attempt to legally establish the necessary laws to protect their populations, but cultural, political and societal traditions and prejudices have entangled themselves within these nations’ evolutionary movement towards equal rights and gender democracy. A Gender War remains among us, within us, allowing prejudice, fear and hate to shape our society. Like all wars, there are many casualties, but with education, determination and the hand of justice applied, this war can be won. 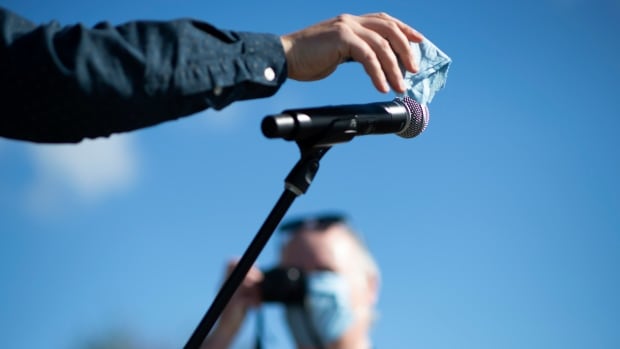 Members of Canada’s news industry are suffering “alarming” levels of work-related stress and trauma, a new report suggests, and researchers are calling for better supports to help journalists cope with covering COVID-19 and other crises.

The findings, based on 1,251 voluntary responses to an online survey conducted between Nov. 1 and Dec. 18, 2021, showed that media workers have dealt with high rates of mental health conditions over the past four years.

The lead researchers on the project said the report underscores how the upheaval of a pandemic-accelerated news cycle has exacerbated the pressures of working in a profession steeped in competition and tragedy.

“Our findings confirm our worst fears and suspicions about the industry,” Carleton University journalism professor Matthew Pearson said at a news conference on Parliament Hill on Wednesday.

“The onus is now on all of us — from the front lines, to newsroom leaders, executives and journalism educators — to grasp the gravity of this situation and meaningfully address it to reduce the harms Canadian media workers are suffering on the job.”

The harms of harassment were particularly pronounced among women, transgender and non-binary journalists, the report said. Black, Arab, South Asian and Filipino journalists reported higher rates of online harassment. Workers who were more identifiable as members of the media, such as video journalists and photographers, were more likely to be targeted in the field.

The survey also indicated that exposure to trauma is taking a toll on media workers, with 80 per cent of participants saying they’ve experienced burnout as a result of reporting on stories about death, injury and suffering. Some participants also reported experiencing other emotional and psychological side effects, such as suicidal thoughts or “numbing out” by using alcohol or other substances.

The “suck it up” culture of many newsrooms deters journalists from seeking help to manage their struggles due to fears about how speaking up could impact their careers, Seglins said, and many employers lack the expertise, resources and benefits needed to support journalists’ well-being.

He urged news organizations to collaborate with workers to identify and redress these gaps to ensure the proper functioning of the Fourth Estate.

“All of this is having a profound impact on the health of people who work in the news industry — the watchdogs of our democracy,” Seglins said.

OTTAWA — Canada is committing an extra $1 million to help the international community investigate sex crimes by Russian troops in Ukraine.

Foreign Affairs Minister Mélanie Joly said Canada would give the extra funds to the International Criminal Court to help it investigate sexual violence toward women, and also crimes against children.

Global Affairs Canada said the extra money could be used to help fund specialist sexual violence investigations and to protect victims who may be witnesses in war-crimes cases.

The funds may also be used to provide psychological support for victims.

Joly said it was important that Russian troops who have used sexual violence against Ukrainians be brought to justice.

“Canada condemns in the strongest terms the use of conflict-related sexual violence and we will continue to work with partners such as the ICC to end impunity for these heinous crimes,” she said in a statement.

“Those who commit sexual violence in conflict situations must be held to account.”

At a meeting in Ottawa earlier this month with Ann Linde, Sweden’s foreign minister, Joly discussed the need to treat Russian troops using sexual violence as a weapon as war criminals.

Speaking to reporters after the meeting, Joly said 10 RCMP officers would help gather evidence of rape and sexual violence by the Russian military.

Linde said Sweden has also sent “experts on investigating sexual and gender-based crime” to help the ICC with its war crimes investigation. They are interviewing refugees — “mainly women and girls and children,” she said — as witnesses.

Ukraine’s ambassador designate to Canada told members of Parliament earlier this month that Russia is using sexual violence against women and children as a weapon of war.

Yulia Kovaliv told the House of Commons foreign affairs committee on May 2 that Ukraine is compiling “horrific documented evidence” of war crimes.

“The horror is that children are victims of these sexual crimes, which are done (before) the eyes of their parents,” Kovaliv said. “Sexual crimes is part of the Russian weapon (against) Ukraine.”

This report by The Canadian Press was first published 26, May, 2022.