Despite a provincial lockdown in Ontario due to a surge in COVID-19 cases, real estate agents were still busy in Hamilton and Burlington.

Realtors Association of Hamilton-Burlington (RAHB) president Donna Bacher says they did “not see the effects on the number of sales and new listings” that they did during the spring lockdown.

Read more:
‘We haven’t seen anything like this before’ — pandemic boosts Canadian real estate

Bacher says the strong monthly statistics “could be the result of continued low interest rates, coupled with increasing consumer confidence due to the approval of the COVID-19 vaccine in Canada.”

The number of active listings available at the end of 2020 was 52.2 per cent lower compared to the previous year.

New Real Estate Investors: Essential Tips for How to Start and Be Successful – RE/MAX News

Increasing valuations and surging rents had been the hallmarks of the Toronto real estate market, particularly for condominiums, in the years following the 2008-2009 Great Recession. The staggering demand for dense downtown housing, as well as investor speculation and short-term rentals, contributed to one of the hottest housing markets in the world.

Like other major urban centres, the coronavirus pandemic has altered the residential landscape in Toronto, which has become associated with an enormous inventory of tiny and ultra-expensive condominiums. North America’s fourth-largest city is enduring a two-pronged problem. The first is that Airbnb hosts are selling their vacant short-term units, with borders closed to non-essential travel, and short-term rental rules tightened last year. The second is that people are fleeing the hyper-dense city for green pastures in rural communities.

This begs the question: can condo owners sell their units in a market plagued by dwindling demand and surging inventory? Many savvy investors who got in on the ground floor in the last decade will likely turn a profit when they secure a buyer. However, somebody who acquired a one- or two-bedroom suite in the last couple of years may find it harder to make money off the property and use the proceeds to upgrade to a detached or semi-detached house.

Ultimately, some Toronto condo owners may be feeling trapped by a large inventory of condos, most of which had been erected in the last few years. Or, as Dale-Paul Jordan, who listed his Toronto condo, told Reuters: “One of the things we’re handcuffed to is selling our condo to help with the down payment.” But does the data reflect the notion that condo owners in the Toronto real estate market are handcuffed? Let’s explore!

Sales activity and prices slowed down in the fall, while condo stocks intensified across the city.

According to the Toronto Regional Real Estate Board (TRREB), average Toronto condo prices tumbled 4.7 per cent year-over-year in December to $625,828, a contrast to the 8.1-per-cent growth in the average detached home price ($1,475,758).

Could this be the new norm, at least temporarily?

Recent TRREB data highlights that condo inventories more than doubled in the Greater Toronto Area. This has been a remarkable turn of events, because the broader real estate sector is booming in Toronto and the surrounding areas.

TRREB’s Chief Market Analyst Jason Mercer noted in the report, “there was a dichotomy between the single-family market segments and the condominium apartment segment. The supply of single-family homes remained constrained resulting in strong competition between buyers and double-digit price increases. In contrast, growth in condo listings far-outstripped growth in sales. Increased choice for condo buyers ultimately led to more bargaining power and a year-over-year dip in average condo selling prices during the last few months of the year.”

For now, it seems as though Toronto condo owners looking to leave the city have two options: stay put or sell the unit at a deep discount. But perhaps 2021 will offer more options for “handcuffed” homebuyers.

It is widely expected that many of the public policy health guidelines will remain intact in the first half of 2021. This includes immigration controls and a crackdown on short-term rentals (Airbnb). But the second half of the year could see heated market activity, with more Canadians immunized with the coronavirus vaccine and consumers holding about $200 billion in savings.

Although there has been some speculation that the Bank of Canada (BoC) could be the first central bank to tighten monetary policy, the institution has yet to send any signals that it would raise interest rates anytime soon. In other words, the BoC’s benchmark lending rate of 0.25 per cent and the five-year mortgage rate of below five per cent are unlikely to change in 2021 and possibly in 2022. Put simply, borrowing has never been cheaper, which is allowing new homebuyers to delve into the real estate market.

Another lingering question impacting the direction of Toronto real estate: if life returns to some semblance of normalcy following widespread vaccinations of Canadians, will corporations maintain their work-from-home policies? Google recently announced that the company would have employees return to the office in September and only experiment with flexible telecommuting a few days per week. This matters because many professionals have been enjoying newfound freedom over the last several months and some have migrated to regions further from their place of employment, soaking up the luxury of no daily commute coupled with quieter rural living.

But this could potentially change toward the end of 2021, with businesses returning to their commercial workspaces. Will this translate to a wave of homebuyers (and condo seekers) returning the big cities? Should this wave start to trickle back to the city sooner rather than later, this along with the other strong demand trends forecasted for the coming year, should provide some relief for handcuffed condo owners in Canada’s largest real estate market.

In total, 112,476 residential sales transactions were concluded in 2020 in the province of Quebec. This represents a 17 per cent increase compared to 2019. It was also the highest number of sales ever registered since the real estate brokers’ Centris system began compiling market data in the year 2000.

“The fourth quarter brought an extraordinary year to a close, one marked by an unprecedented health crisis. Exceptional government financial assistance programs, rock-bottom interest rates, a renewed interest in acquiring a property adapted to the new reality of teleworking, as well as new needs have helped accelerate the increase in transactions beyond large urban areas,” said Charles Brant, director of market analysis at the QPAREB. “This has further reduced the already limited number of properties for sale on the market, pushing property prices to levels never before seen across the province,” he added.

Here are some of the highlights of 2020.

In the context of the current pandemic, the QPAREB reminds you that working with a real estate broker means more security and less stress, as all members are subject to the Real Estate Brokerage Act as well as strict rules and a code of conduct. Learn more about the health measures that are in effect.

Quarterly statistics – Barometer for the province of Quebec

About the Quebec Professional Association of Real Estate Brokers

The Quebec Professional Association of Real Estate Brokers (QPAREB) is a non-profit association that brings together more than 13,000 real estate brokers and agencies. It is responsible for promoting and defending their interests while taking into account the issues facing the profession and the various professional and regional realities of its members. The QPAREB is also an important player in many real estate dossiers, including the implementation of measures that promote homeownership. The Association reports on Quebec’s residential real estate market statistics, provides training, tools and services relating to real estate, and facilitates the collection, dissemination and exchange of information. The QPAREB is headquartered in Quebec City and has its administrative offices in Montreal. It has two subsidiaries: Centris Inc. and the Collège de l’immobilier du Québec. Follow its activities at qpareb.ca or via its social media pages: Facebook, LinkedIn, Twitter and Instagram.

Click on the links below to consult the regional press releases: 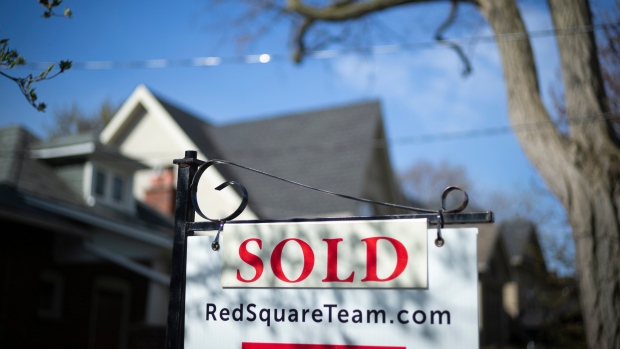 OTTAWA —
The Canadian Real Estate Association says home sales in December hit an all-time record for the month to end what was also a record year.

Samsung Galaxy S21 Ultra vs iPhone 12 Pro Max: which top-end phone is for you? – TechRadar