Residents will be able to watch the media availability on the City’s YouTube channel, rogerstv.com or RogersTV Cable 22. 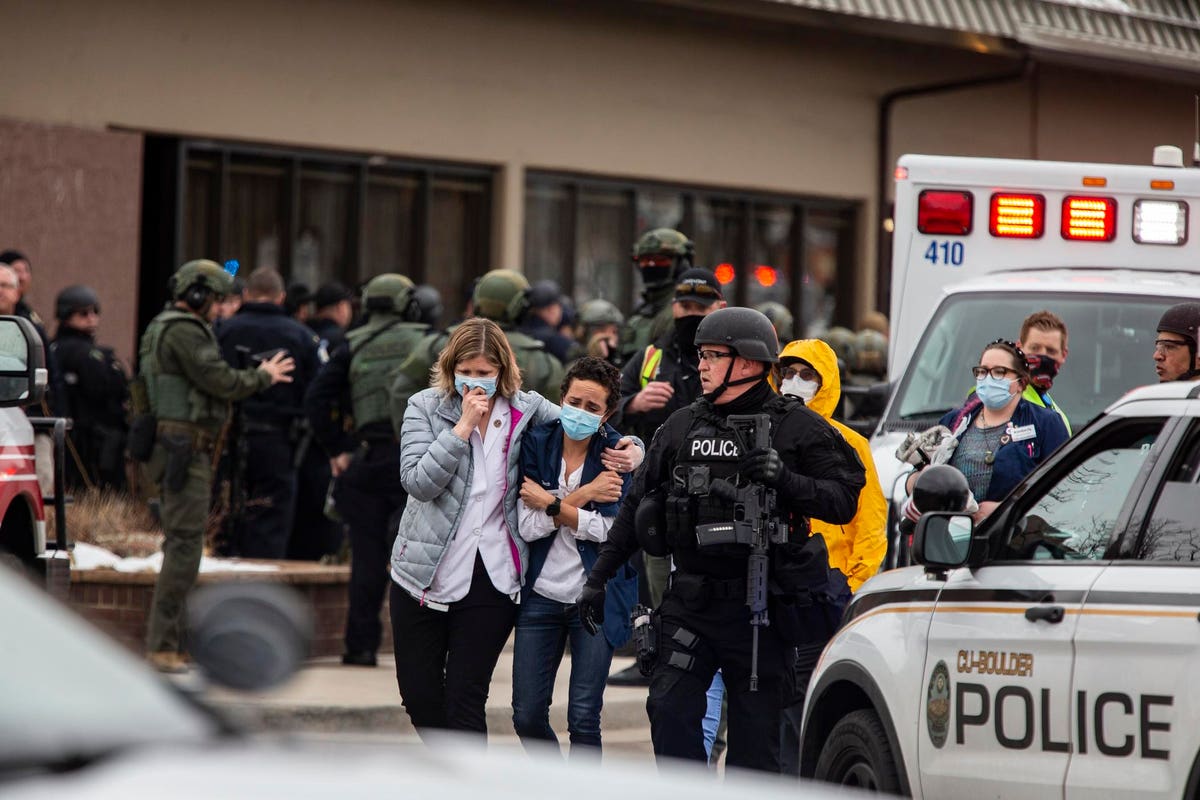 On Wednesday, authorities in Texas identified Salvador Ramos as the 18-year-old shooter who had opened fire in Robb Elementary School in Uvalde, Texas. Ramos, who had killed at least 19 students and two teachers during his shooting spree on Tuesday, had allegedly posted disturbing images online prior to carrying out the senseless attack.

It was just last week that New York’s attorney general, Letitia James, announced that her office was investigating social media companies after another mass shooter had used the online platforms to plan, promote and stream a massacre in a Buffalo grocery store that left 10 dead. James said her office would investigate Twitch, 4chan, 8chan and Discord along with other platforms that the shooter used to amplify the attack.

Many are asking if warning signs were missed.

“It is impossible to prevent people from making threats online,” explained William V. Pelfrey, Jr., Ph.D., professor in the Wilder School of Government and Public Affairs at Virginia Commonwealth University.

Yet he suggested that social media organizations do have a moral responsibility to identify and remove threatening messaging.

“They are generally abysmal at this task. Direct threats (i.e. I want to shoot the President, I want to kill myself) frequently are flagged and investigated. Indirect threats are much harder to identify and rarely receive any attention,” Pelfrey continued. “Many social media companies will need to make decisions – protect individual’s rights to make oblique threats or protect safety. Compromising freedom of speech seems abhorrent until we weigh that compromise against the lives lost in Buffalo or the many other places where radicalized violent extremists found their motivation to kill.”

As the United States remains very much in what President Joe Biden has identified as an “Uncivil War,” where the country remains so politically divided, the platforms that were once about friendly discussions have evolved very much into “anti-social networks” where people now find themselves in echo chambers that support their opinion and views.

“Social media has compounded a growing racial, cultural and gender divide in America and the world,” explained Anthony Silard, professor at the Luiss Business School, Rome, and the author of The Art of Living Free in the Digital Age.

Social media has enabled the actions of extremists to be live-streamed to the masses.

“One facet of the Buffalo shooting that is critical for understanding its conception and operation is that it was not the work of one person,” added Silard. “The shooter brought his thought community with him via live stream. They were poised and ready to send out the horrific imagery of innocent people being slaughtered before the social media site, Twitch, could take it down, in an impressive two minutes. They succeeded, yet millions watched from the comfort of their screens.

“With his thought community virtually present and at the ready, the shooter felt less alone and propped up by the hate-imbued ideology of his group,” Silard added. “Herein lies an important point for lawmakers to consider about the role of social media in this tragedy: it enabled rapid, collective action by a hate group.”

Social media has also been seen as responsible in lowering the empathy of most Americans. It is easy to “speak your mind” about someone on social media based on a tweet they made or something they posted on Facebook. Even like-minded individuals with similar interests can find themselves in serious flare ups that turn hostile.

This has been common with email, posts on Newsgroups and online forums, but has increased significantly in the era of social media.

“One of the primary reasons social media has become so dangerous to a healthy society is that it erodes empathy. The reason town hall meetings became a healthy medium for cross-aisle conversations is that people had to listen to each other, even when they disagreed,” said Silard.”Now that these conversations have gone online, empathy has fallen to the wayside. A recent meta-analysis of seventy-two studies conducted between 1979 and 2009, for instance, found that the empathy levels of American college students have dropped 40 percent, which the authors primarily attribute to the rise of social media.”

The social media platforms have largely failed to address the issue, and in some cases it has only served to radicalize individuals, such as the recent mass shooters.

“Social media companies like Facebook promised us that its services would encourage people to care more for each other and express their authentic views more both online and in person. None of this has happened,” warned Silard. “Instead, recent Pew research has found that people speak up less in person now for fear of retribution. Why? Social media has helped them realize there are many opposing views out there they would prefer not to confront.”

Media Advisory: Premier Furey to Announce Additional Measures to Help Residents with the Cost of Living – News Releases – Government of Newfoundland and Labrador

The Honourable Andrew Furey, Premier of Newfoundland and Labrador, the Honourable Siobhan Coady, Deputy Premier and Minister of Finance, and the Honourable Bernard Davis, Minister Responsible for Labour, will announce additional measures today (Thursday, May 26) to help Newfoundlanders and Labradorians with the cost of living. The event takes place at 1:00 p.m. in the Media Centre, East Block, Confederation Building.

The new partnership will see Ideon Media exclusively represent the commercial activity of  VICE.com and Refinery29.com in Canada to brands and advertisers. This includes the sale of media advertising and sponsorships, production of branded content as well as affiliate advertising and commissions.

“VICE leaves an indelible mark on the public discourse, with impressive in-depth reporting and authentic storytelling that resonates worldwide. We’re so proud to represent VICE in Canada, and so flattered that Ideon has been given full latitude to help Canadian advertisers tell their stories on platforms like VICE and Refinery29 using Canadian talent and creators,” said Kevin Bartus, Ideon Media President and CEO.

“VICE is a true Canadian media success story, and has always been the gold standard for integrated campaigns targeting the youth demographic, and I am thrilled to be working with the company again. From best-in-class branded content, to incredible brand-sponsored events, and even cutting-edge proprietary digital ad products; VICE and Refinery29 allow brands to reach a huge Canadian audience of highly influential Gen-Z and Millennial young people in authentic and meaningful ways,” said Shawn Phelan, Vice President of Brand Partnerships, Ideon Media.

“I am delighted to be partnering with Kevin, Shawn and the team at Ideon in Canada to drive future growth across our publishing business. Our shared passion for the VICE brands, storytelling, breakthrough content solutions and our audiences will allow us to realise our ambitious growth targets in the market and to forge new opportunities with brands and advertisers,” said Luke Barnes, Chief Revenue Officer and Chief Digital Officer, EMEA, VICE Media Group.

For more information or interview requests: Shawn Phelan at shawn.phelan@ideonmedia.com