Geoff Pratt, the owner of the family run business, describes himself as a bit of a gear head who is excited to ditch the diesel and eventually transform all the boats to electric.

However, that will take time, especially with the larger Cyquabus platform boats.

For now, the family has already switched over one of its smaller, 12-passenger wooden boats from 1985, and the result has been fantastic, he said.

“It actually is very comfortable and quiet. So we are happy with the outcome,” said Pratt, adding: “I’ve always wanted to do this.”

In fact, he did try to go electric about 10 years ago but the technology just wasn’t the same as it is now.

“I spent a lot of money and we put a system in but all the controllers would break,” he said. “Marine environments are the toughest because of the saltwater, and the systems just weren’t ready for it yet.”

He said batteries used to be very heavy and now they’re much lighter, while the charge lasts much longer. Pratt estimated the boat could be out on False Creek for five or six hours before needing to be charged.

Pratt said it’s expensive to retrofit the boats but as the technology keeps changing it should become more cost effective, and although he hasn’t yet crunched the numbers he is banking on an eventual cost savings in fuel and engine repair.

“You’re taking out a handful of things that you don’t have to maintain anymore. Like there’s no transmission in the electric system. It’s just reverse and forward,” he said.

“I love mechanical stuff. So for me this project was fantastic.”

Pratt, 62, said his son and daughter also work for the business and he is excited for them to have a transition to an all-electric fleet in future — not that he’s planning on retiring any time soon.

Aquabus been serving False Creek and the surrounding area since its inception in June 1985 by owners Jeff and Margot Pratt, who initially operated just one boat. They quickly added three more boats just in time for Expo 86.

In 1995, they added the first Cyquabus, a boat able to carry bicycles, strollers and wheelchairs. They now have a fleet of 14 vessels, eight of which are Cyquabusses.

The Morning After: Xiaomi's flagship phone has a Leica camera with a massive one-inch sensor – Yahoo Canada Finance 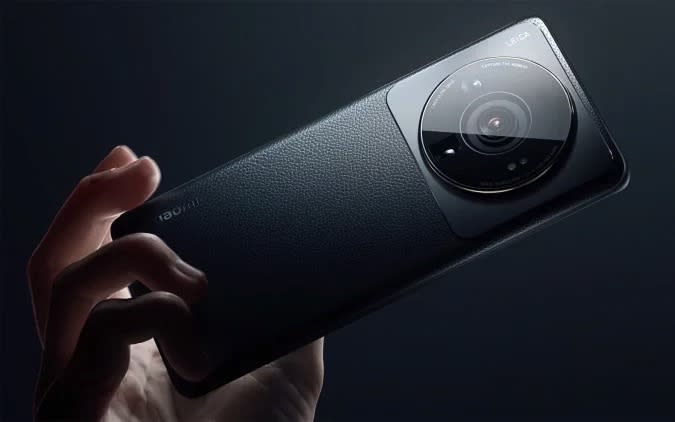 Just six months after its last flagship launch, Xiaomi has announced another one. The Xiaomi 12S Ultra packs a massive one-inch, 50.3-megapixel Sony IMX989 main sensor. And unlike the Sony Xperia Pro-I, the Xiaomi 12S Ultra apparently uses the entirety of its one-inch sensor. And the camera unit itself? Well, it looks gigantic.

Leica has spread its bets over the years in mobile imaging partnerships. It has previously collaborated with Sharp, Huawei and Panasonic — Chinese phone makers are quick to pal up with renowned photography brands. In late 2020, Vivo joined forces with Zeiss, while Oppo and OnePlus released handsets jointly developed with Hasselblad.

The result has, broadly, meant better smartphone cameras from these companies looking to go toe-to-toe with the iPhones and Galaxy Ss of this world.

A sample of the data included crime reports going back to 1995.

A hacker (or group of hackers) claims to have stolen data on a billion Chinese citizens from a Shanghai police database. The hacker is attempting to sell 23 terabytes of data for 10 bitcoin, worth just over $198,000 at the time of writing. The data includes names, addresses, birthplaces, national IDs and phone numbers. The Wall Street Journal reports the hacker provided a sample of the data, which included crime reports dating as far back as 1995.

It’s opening several hubs across the UK to replace some van trips.

Amazon UK is now delivering packages by cargo e-bike and on foot as it progresses toward its climate goals. The company has opened a micro mobility hub in Hackney, central London, and says the walkers and e-bike riders will make more than a million deliveries a year. It claims those trips will replace thousands of van deliveries. The e-bikes and on-foot couriers will deliver across more than a tenth of the city’s ultra-low emission zone (ULEZ).

Part of cost-cutting measures following its split from AT&T.

HBO Max is halting original productions across much of Europe, according to Variety. The streaming service confirmed it’ll no longer produce originals in Denmark, Sweden, Norway, Finland, Central Europe, the Netherlands and Turkey, leaving only Spain and France untouched. The step is part of a plan from parent Warner Bros. Discovery to cut some $3 billion in costs following its split from AT&T.

The CubeSat is critical to the first Artemis mission.

NASA’s grand plan to take humans back to the Moon for the first time in over half a century has taken another step forward. The 55-pound CAPSTONE (Cislunar Autonomous Positioning System Technology Operations and Navigation Experiment) CubeSat has broken free of Earth’s orbit and is on its way to the Moon. Rocket Lab launched CAPSTONE on an Electron rocket last week. Following six days of orbit-raising burns to build up enough speed, the pathfinding satellite set out toward the Moon. It’s a slow trip. It won’t reach the Moon until November.

OnePlus launched the Nord brand back in 2020 with the titular OnePlus Nord mid-range phone. We’ve since seen the Nord brand flood the market with a variety of low-end and mid-range propositions, but a new report suggests OnePlus has another idea in mind for the brand.

The Mobile Indian reports that OnePlus is thinking about spinning off Nord as an independent brand or a sub-brand, citing its own industry sources. This could be a similar arrangement as we see with Xiaomi and Poco, or Vivo and Iqoo.

The outlet further claims that Nord would be treated as a separate brand with its own branding, stores, and team. In fact, the spun-off brand would apparently have light blue as its trademark color and could be presented as “a OnePlus brand” or “from OnePlus” in some cases.

A budget Nord flagship, new UI in the works?

What would a Nord sub-brand or independent company mean from a consumer perspective, then? Well, The Mobile Indian claims that it’ll have a significant offline presence and will expand its product portfolio to include TVs, fitness trackers, smartwatches, Bluetooth neckbands, power banks, and more.

The outlet further claims that Nord phones would also expand to slightly higher and lower price segments, specifically asserting that a “budget flagship” Nord would be available for roughly Rs 35,000 (~$441). It adds that an affordable Nord coming in at roughly Rs 15,000 (~$189) is also in the works. It’s also claimed that new Nord phones would gain a new user interface atop Oxygen OS.

Should Nord become its own brand?

This all sounds like a very familiar strategy, as we’ve most recently seen Xiaomi set up Poco as an independent brand. Poco still uses Xiaomi designs for some of its phones but adds the Poco Launcher atop MIUI and occasionally tweaks the design. The Xiaomi-affiliated brand has also recently moved into the ecosystem product space, offering a smartwatch and earbuds.

We’ve asked OnePlus for comment on the story and will update the article when/if it gets back to us. For now, you should take this claim with a pinch of salt as the outlet isn’t a regular source of major exclusives. Still, it would be rather interesting to see OnePlus — which is effectively an Oppo brand these days — creating a sub-brand of its own. Would this make Nord an Oppo sub-sub-brand?

The Microsoft 365 Teams Approvals app enables you to easily create, manage, and share approvals directly from Teams. Start an approval flow in Teams from a chat or a channel conversation or create an approval request directly in the Approvals app.

Complete a basic request form with the request name, who the approver is, along with any additional information or required attachments. Alternatively, you can use a pre-designed or custom template to tailor the approval request to your unique needs.

You can view and manage your approvals from the Approvals app in Teams and each request is displayed along with key details. You can also select a specific approval to see more information and track its progress.

If you require something more custom, you can either use a Power Automate approval template or build your own.

An introductory session on the basic use of the Approvals app is available as part of IST’s M365 series of courses. To sign-up for the new Approvals session visit LOD and search for M365.

For more information about the Approvals app, visit What is Approvals.