Fear of radio waves is a century-long scare. Nonetheless, the newest concern revolving around the safety of 5G networks has the broadest following due to the enormous influence of social media channels and rampant conspiracy theories.

The first mention of 5G came more than ten years ago when tech companies that work with networks started working on the next generation of the mobile phone network. Although 4G already brings a satisfying speed, 5G can be up to ten times faster. Perhaps even more significant than the speed is the low latency of the 5G network that opens up a vast world of utilizing the technology in the industry and for other purposes.

5G will benefit autonomous vehicles by allowing instant and fast communication. And the new networks are also an excellent infrastructure for the Internet of Things because of their higher capacity. Industry 4.0 will also benefit from low latency and high speeds. As for the gaming industry, 5G will bring joy and satisfaction to the consumers. Most developed countries have a couple of live networks, which puts Canada on the top among the early adopters of 5G.  Bell, Rogers and Telus have up and running 5G networks.

The 5G low latency aspect has attracted many developers and brands to experience new features like VR or AR gaming. Especially those who built their business on the “offline” experiences – like casinos. Next time you visit a Canadian online casino, you might have a unique mixed reality gaming experience that the 5G network could enable on a count of its technical capabilities needed to provide a real-time virtual response.

Top Concerns for Opponents of 5G

The biggest problem for 5G skeptics are wavelengths. These new waves are not tested yet, and it seems that the population will serve as test subjects in a giant experiment. Such claims got debunked numerous times, and it is not true that 5G networks were not tested.

Another underlying technology concern is with millimetre waves and a high frequency that will cause dangerous radiation. 5G wavelength is shorter, which means it can cover smaller distances, and base stations will get scattered with more density. However, there is no medical evidence that wavelengths with higher frequency could harm 5G consumers. What opponents of 5G don’t understand is that higher frequency doesn’t equate to higher intensity.

Among conspiracy theories, the one that stands out is about 5G weakening our immune system. Still, some went even further, claiming that 5G phone towers are spreading viruses to humans. Such theories led to a couple of events where people attacked 5G antennas and caused substantial damage.

Electromagnetic radiation scare has been present for decades demonizing power grids, microwave ovens and other products in the past.

Did You Know 6G Is on the Way?

While 5G networks are slowly rolling out despite significant opposition, researchers in numerous countries are already working on 6G network concepts. Universities, telecom operators and states are collaborating on these initiatives, and we could expect the first 6G tests in five to seven years and functional network in around ten years. So far, researchers have set goals for an even faster and more responsive network. However, there is no consensus on which technologies will allow the development of new networks. Meanwhile, the implementation of 5G network must fight with the sceptics by debunking often ludicrous theories about the latest mobile network standard.

Over a month ago, Arc System Works revealed one of the upcoming characters for their fighting game Guilty Gear Strive with Baiken. Revealed in December, Baiken was announced to be joining the roster this month. Apart from the original character trailer, not much has yet been revealed. Well, it seems that is changing, courtesy of a leak by a bakery shop’s online website, of all places.

Pointed out by the  Guilty Gear subreddit, it seems Californian bakery Honey & Butter will be doing a collaboration with Guilty Gear Strive soon, and apparently, they have leaked the render for the upcoming one-handed female samurai the game is getting this month. The render shows Baiken all glammed up in the new render engine of Guilty Gear Strive, getting subtle yet very welcome changes to her character design. Check it out below.

The character render has since been taken down by Honey & Butter, so maybe the leak does seem to be accurate. For now, all we can do is wait for the official trailer from Arc System Works to drop. 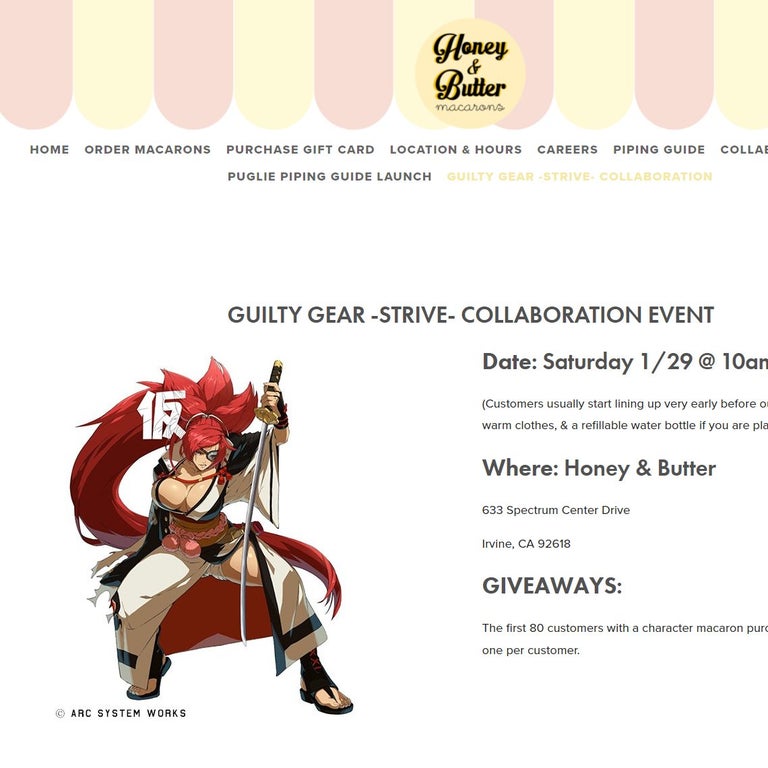 Xiaomi sub-brand Redmi is launching its latest mid-range family in Europe on January 26, as already officially revealed, but it looks like some members might spread out even further.

Earlier today, Xiaomi’s official account for Nepal tweeted what you can see below.

So now we have official confirmation that the Redmi Note 11 will come with a 90 Hz FHD+ AMOLED screen with a centered hole-punch for the selfie camera, and dual speakers, and it’s launching in Nepal on January 27 – the fact that it’s just one mere day after the European event can’t be a coincidence.

So we’re assuming the European Redmi Note 11 might have the same specs. The Chinese Redmi Note 11 opts for an LCD screen, not AMOLED, and since that difference exists, there may be even more that’s changed in the international model. Of course, there won’t just be one device unveiled this week, but an entire range – with at least a Redmi Note 11 Pro and Redmi Note 11S joining the ‘vanilla’ Note 11.

Thanks for the tip!

One of the simple joys of Wordle, in which you get six guesses to identify a five-letter word, correctly placed letters and incorrectly guessed letters highlighted Mastermind-style, is you can so simply share your results with friends without spoiling the game for them. Using emojis, it creates a version of the grid with green and yellow rectangles, showing your guesses and how many turns you took to finish. So of course a lot of people have been posting those results to Twitter.

As you can see above, I did this for the very first time today, because I was extra proud of getting a tough word after two big misses. Usually, my friends and I share our results in a little WhatsApp group. Sometimes we’re nerdy enough to try to discern each other’s first guessed words based on the pattern of results. We’re all having fun, and harming no one.

But apparently this shared enthusiasm was more than one dickwad could cope with, explaining his spoilerbot account—The Wordlinator—with, “I was sent from the future to terminate wordle bragging.” Except, because it’s a bot, it looks for no such thing. Looking through the victims, one posts his results saying, “I cheated bc I knew it was something I’d never guess.” To which the bot automatically responds, “God, stop bragging. Here, take tomorrow’s word and get on with your life: XXXXX.” (I have censored the word, having spoilt the game for myself tomorrow to write this article.)

Another person said, “Agree, hardest one yet. I had no idea the word even existed,” posting his full six turns to solve it. And again, “Guess what, tomorrow’s word is XXXXX. Keep bragging, and I’ll be back every day.”

Which is just a crappy thing to do! Sure, it’s not enormously important in the grand scheme of things, but it’s taking away five minutes of pleasure from people’s days at a point when we could do with all the fives minutes we can get.

The bot seems a bit intermittent—there appear to be blasts of replies every few hours. It was temporarily suspended after it launched five days ago, but was quickly back and is still going now, while the account’s creator brags about coverage (sorry). We’ve contacted the figure behind The Wordlinator to find out their motivations, and will let you know if they get back to us.

Obviously the Curse Of Wordle will take care of them eventually. But in the short term, you might want to block the account if you’re in the habit of posting your scores to Twitter.