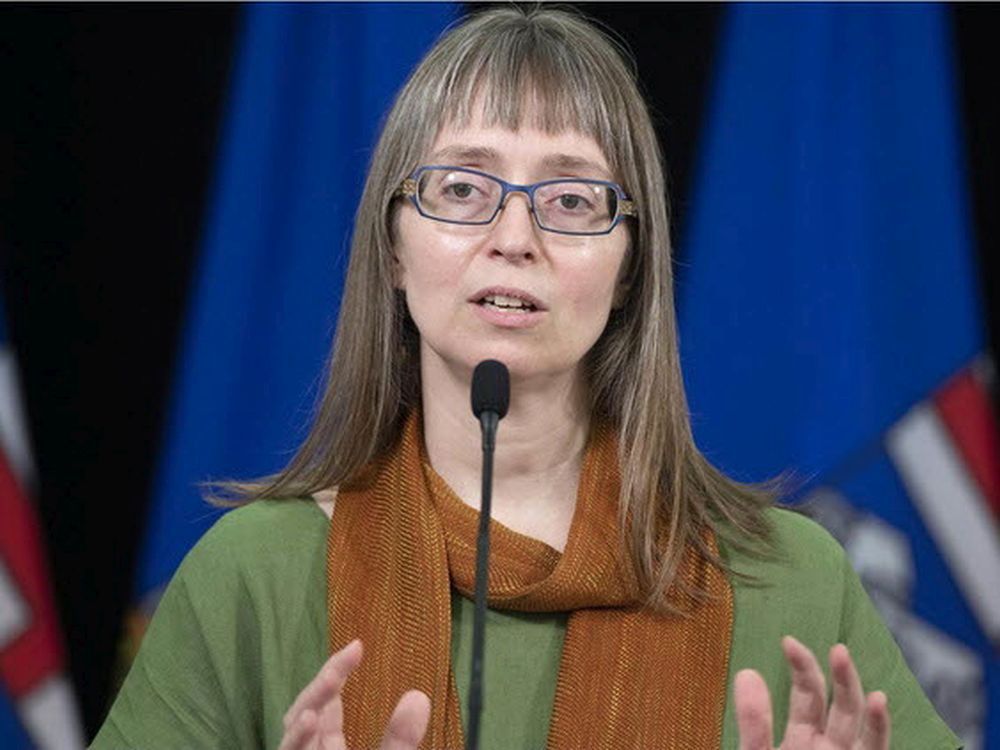 In the largest single-day jump to date, the province had 622 new novel coronavirus cases. The previous high came on Oct. 24, when 575 cases were reported.

The new cases came from just under 13,000 tests, about a 4.8 per cent positive rate. It’s the largest positivity rate since April 28, when Alberta was in the midst of the first wave of COVID-19 infections.

There are now 5,172 active coronavirus infections in Alberta, up from 4,921 Thursday. It marks the first time Alberta has surpassed 5,000 active cases. Alberta has set records for active COVID-19 infections each day for the past 12 days.

The Alberta Health Services Calgary and Edmonton zones lead the province in active cases, combining for 85 per cent of the province’s total. 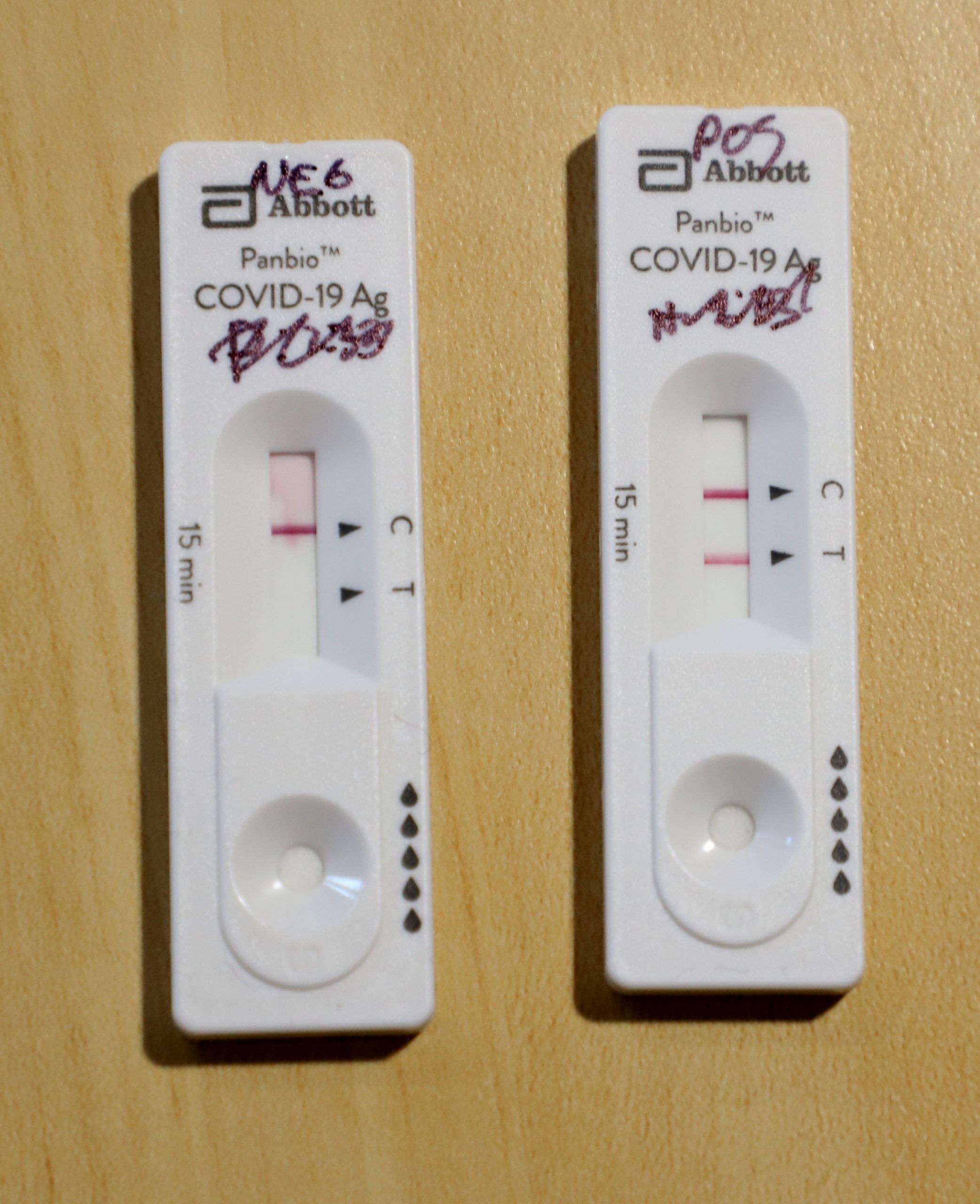 Nova Scotia is reporting 14 new COVID-19 cases on Thursday, bringing the total number of active cases in the province to 114.

It’s not clear whether the new cases are related to previously reported ones.

In a live briefing Thursday, Blair Higgs, the premier of New Brunswick, announced that New Brunswick will leave the Atlantic bubble.

“Effective midnight tonight, we’re resorting back to our original 14-days isolation for anyone from anywhere travelling into New Brunswick,” he said.

Exemptions for essential travel will continue, he added.

New Brunswick is the third province to reinstate the 14-day isolation for travellers from within Atlantic Canada. Newfoundland and Labrador and P.E.I. made the changes on Monday.

Nova Scotia Health Authority’s labs completed 2,253 Nova Scotia tests on Wednesday, the highest number of tests reported to date. There were 856 tests administered at the rapid-testing pop-up site in downtown Halifax on that day.

Five presumptive positive cases were identified at the pop-up site. The individuals were directed to self-isolate and have been referred for a standard test. Cases identified through rapid testing won’t be added to the total number of cases until they are confirmed by a standard test.

Rapid-testing clinics are targeted at people in the 18-35 age group or those who have been to or work at a bar in the Halifax Regional Municipality. Locations and times of the pop-up clinics, which could change every time, are announced on social media.

“We’ve seen a great uptake for asymptomatic testing among Halifax bar staff and patrons. People are showing us how much they care about their communities by going to these pop-up rapid testing locations,” said Dr. Robert Strang, chief medical officer of health in a news release. “This has allowed us to detect a few cases among asymptomatic people early on and helps to stop the spread of the virus.”

Late Wednesday evening, the Department of Health and Wellness released a new list of potential exposure sites, which includes numerous establishments across Halifax. And on Thursday evening, an additional six locations were added:

The department has created a new website that lists all of the potential exposure sites so far. There were 132 locations on the list as of Thursday evening.

Starting today, new public health restrictions have come into effect in the Halifax and Hants counties. They include the closure of licensed establishments and bars for dine-in. Museums, libraries, and fitness and recreational facilities are also closed.

Over the past two months, Nova Scotia has had 167 positive COVID-19 cases, 38,434 negative test results. No one is currently in hospital.

Anyone who is currently experiencing or has experienced within the last 48 hours one of the following symptoms should visit https://covid-self-assessment.novascotia.ca for a self-assessment:

People should also visit the website if they are experiencing two or more of the following symptoms (new or worsening):

People can also call 811 if they can’t access the website or if they wish to speak to a nurse. Anyone experiencing symptoms should self-isolate until they receive advice from Public Health on what to do next. 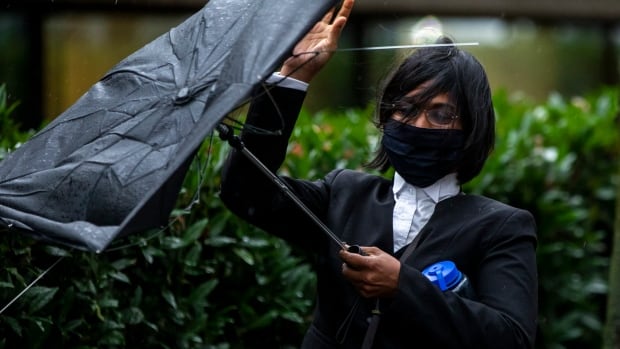 B.C.’s second wave of the COVID-19 pandemic is showing no signs of slowing, with another 887 new cases confirmed on Thursday and 13 more deaths.

That brings the number of active cases in the province to 7,899. A total of 294 patients are in hospital with COVID-19, including 64 in intensive care.

The Fraser Health and Vancouver Coastal Health regions continue to drive this phase of the pandemic, accounting for 88 per cent of the new cases announced Thursday.

In a written statement, Provincial Health Officer Dr. Bonnie Henry and Health Minister Adrian Dix urged everyone to stick with public health measures meant to stem the spread of the disease.

“Slow and steady is what we need with COVID-19 and it is how we will get through this second wave. The efforts we make each day make a difference,” they said.

Henry and Dix are scheduled to give an update on the pandemic response in a live briefing at 3 p.m. PT.

It comes a little more than a week after strict new restrictions and rules were put in place in B.C., including wide-ranging mask orders for indoor public and retail environments.

On Thursday, federal officials sought to reassure Canadians that they have a plan to procure and distribute millions of COVID-19 vaccines in early 2021. Dr. Howard Njoo, Canada’s deputy chief public health officer, said as many as six million doses could be deployed in the first three months of the new year.

Canada is expected to receive at least 194 million vaccine doses, with contractual options for 220 million more. 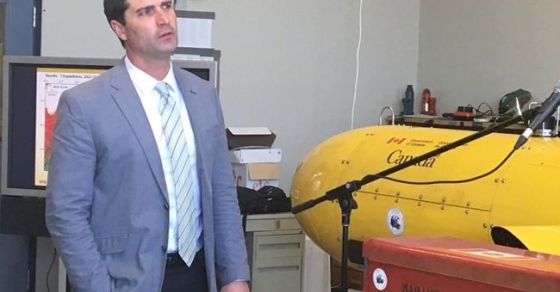 Halifax-area businesses ordered closed in an effort to curb the city’s rising number of COVID-19 cases are getting another round of financial support from the province.

Business Minister Geoff MacLellan said Thursday that the province would offer a one-time grant of up to $5,000 to small, independently owned bars, dine-in restaurants and fitness and leisure centres.

The businesses are among those that are now closed for at least the next two weeks under health measures that took effect Thursday.

MacLellan said it’s the third round for a grant which is part of a larger $50-million relief fund for business.

“Those who received this in the past will be fast-tracked,” he told reporters following a cabinet meeting. “If there are any that didn’t apply . . . they still will be eligible.”

Businesses can use the grant money for any operational expenses, such as wages and supplies. To be eligible, businesses must have been operating since March 15. There is no cap on annual revenues.

“It’s not going to solve everyone’s problem. We always wish we could do more,” MacLellan said.

Under the new restrictions, retail stores can remain open, but they have to limit the number of shoppers and staff to 25 per cent or less of their legal capacity.

MacLellan said while retailers aren’t part of the targeted relief package, his department will monitor the impact on their business over what is hoped will be only a two-week period before the measures can be lifted.

The province reported 14 new cases of COVID-19 Thursday, including 12 in the Halifax area, one in the northern health zone and one in the western zone.

It said 856 tests were administered at the rapid-testing site in downtown Halifax on Wednesday, and there were five positive results. The individuals were directed to self-isolate and have been referred for a standard test.

“People are showing us how much they care about their communities by going to these pop-up rapid-testing locations. This has allowed us to detect a few cases among asymptomatic people early on and helps to stop the spread of the virus.”

This report by The Canadian Press was first published Nov. 26, 2020.

Note to readers: This is a corrected story. A previous version said companies had to have between $25,000 and $300,000 in annual sales to be eligible.