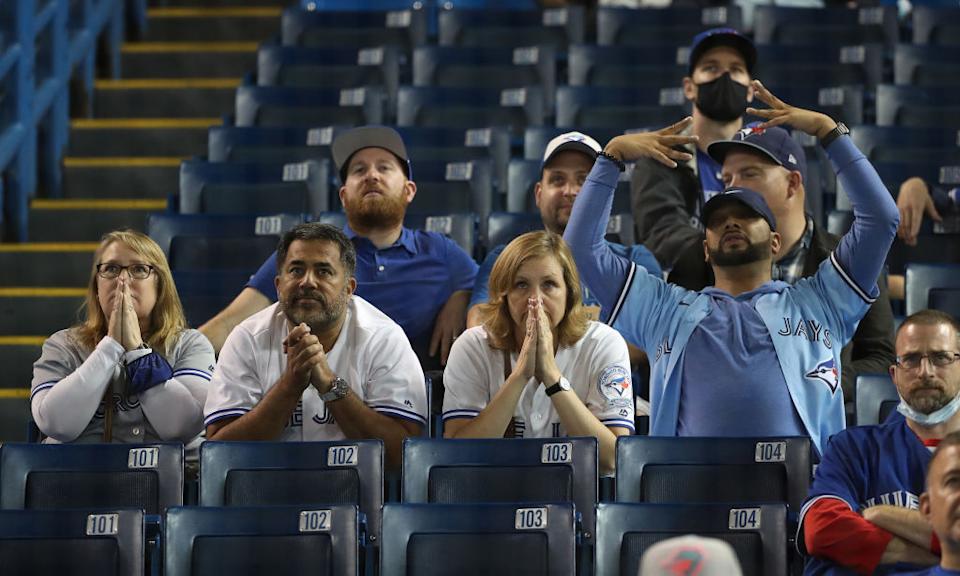 The Toronto Blue Jays once again fell victim to a loaded AL East division and are left on the outside of the postseason, but this time it stings a little bit more.

Despite winning their final contest, destroying the Orioles by a score of 12-4 and putting their season win total to 91, it was all up to the other teams in the American League wild-card race, the Yankees and the Red Sox, to lose their respective last games — which they did not, earning them both a spot in that single-elimination matchup.

Toronto seemed to be every neutral fan’s bandwagon as opposed to those two historic powerhouses. With a Cy Young candidate in Robbie Ray and two AL MVP contenders in Marcus Semien and Vlad Guerrero Jr., there was simply nothing not to love about this team as they smashed home runs like they were nothing, moving their astronomical run differential even further into the stratosphere.

Even members of the professional baseball media world — and a former Toronto ace — were remembering this rendition of the Blue Jays as a special one.

Though there was ultimately some respect shown by the professionals, Blue Jays fans and supporters of other clubs were in their own feelings about this team. It was hard to watch it come down to the wire for some, but in the end there’s hope for the future.

Over the course of the Blue Jays season, there were many questions raised and now with this entertaining team missing the playoffs by just a single win, they’re getting dug up again.

Throughout the first half, it was a story of bullpen chaos and letting winnable games slip through their fingers. At times, many felt it was questionable game management from bench boss Charlie Montoyo that let some wins get past them, while many also feel that the management group may have waited a little too long to acquire the bullpen help Toronto so desperately needed.

With the 2021 campaign crashing to a sudden end, one of the most important off-seasons in the team’s history is about to kick off.

Two of their top contributors, Robbie Ray and Marcus Semien, are heading to free agency this summer and expecting significant pay raises. More transactional drama is imminent, but at least they and they’re teammates are already openly and positively talking about the subject.

Time will tell, but more heads will certainly be turned north to see what the Blue Jays do this winter.