The real estate market is starting to pick up steam in the Hamilton-Burlington area, according to February’s market stats.

The Realtors’ Association of Hamilton-Burlington (RAHB) reported 998 residential sales within the RAHB market area were processed through MLS last month, the organization said in a recent report.

They report that the average price for residential properties increased to $646,667, which is up 4.5 per cent from last month and up 15.5 per cent from the same month last year.

“The RAHB market is quite active with a significant increase in the number of sales compared to last month and last year. We experienced similar activity at the beginning of 2016, which was one of our busiest markets on record,” says RAHB President Kathy Della-Nebbia.

“With the increases in average price and new listings, overall we are firmly in a seller’s market; however, there is greater demand at certain price points – such as below $600,000.”

The number of sales for single-family properties within the entire RAHB market — which encompasses Hamilton, Burlington, Niagara North and Haldimand — increased by 27 per cent compared to the same month last year, and the average sale price increased by 16 per cent.

Apartment-style property sales increased by 19.8 per cent from February 2019, and the average price increased by one per cent.

“Apartment-style properties in Hamilton are the most affordable, with an average price of $346,250,” said Della-Nebbia.

“There were also 83 new listings of apartment-style properties, with 54 sales, so the inventory could be building.”

The head of the local real estate board says the Grey-Bruce market is showing signs of leveling off from the frenzied buying that had been taking place over the past couple of years.

Steve Dickie, president of the Realtors Association of Grey Bruce Owen Sound, said Tuesday that local agents are starting to again see conditions put on sales, some price reductions on listed properties and even a decrease in the number of offers on homes.

“The conversation around offices is that it is not as frenzied as it was last year,” Dickie said. “There are still lots of situations where you have multiple offers, but if you are watching the board on a daily basis every once in a while you will see a price reduction, which we haven’t seen in a long time.”

And Dickie said they are again seeing conditions attached to sales, even the condition on the sale of a buyer’s property, something that was non-existent in 2021.

“There are still lots of offers that are straight cash offers, but we are starting to see some conditions in there,” Dickie said.

“We are even seeing the odd home inspection. That has been one of the side effects of this whole thing is that there have been a lot of home inspectors that have gone out of business because they just had no work.”

Dickie said it is hard to say what has caused the slight cooling of the market, but rising interest rates could be a factor. Last month the Bank of Canada raised rates half a per cent, and indicated future rate hikes could be possible to try to help tame surging inflation. An easing of pandemic fear and even the War in Ukraine could be having an impact on the housing market locally, Dickie said.

“Any time there is a world event going on it makes people somewhat uncomfortable,” said Dickie. “It makes people a little less comfortable with the stability of things and you kind of see a bit of slowdown or a cooling I guess and then people say, I guess it is OK, the world is not coming to an end, and off they go and continue down the path.”

The number of homes sold through the MLS System in Grey-Bruce totaled 283 units in April, which was down more than 25 per cent from April 2021.

Dickie said it will take a bit of time to see if the slight cooling of the market is a trend.

“There is not enough to make a call yet, but if we see a few more months of this we can be more sure in our predictions,” he said.

Meanwhile, home prices have remained elevated in Grey-Bruce, with the average price of the homes sold in April coming in at just under $744,500, which is up 19.4 per cent from April 2021.

“Prices are still high for sure,” said Dickie. “Normally in these situations when we start to see a slowdown we will see it in the very expensive properties first. We are just going to be monitoring that as the next couple of months go on.”

Dickie said larger centres like Toronto experience much more dramatic moves in the housing market than an area like Grey-Bruce.

Typically in Grey-Bruce, Dickie said they see prices level off for a while before they start to go up again.

“I am trying to tell people locally to stay calm,” Dickie said. “Nothing is going to crash.”

Meanwhile, Dickie said agents are starting to see more listings coming onto the market, which is welcome as the region had been experiencing an extended period of record-low supply.

While the 447 new residential listings in April was down 4.3 per cent from a strong April 2021, they were close to 14 per cent above the five-year average.

At the end of April, the number of active residential listings totaled 461 units, which was up more than 10 per cent from the end of April 2021, but still 28.7 per cent below the five-year average.

“Even this morning I was talking to several agents and they were talking about how they had more and more listings coming up, and there are more and more listings on the real estate board on a daily basis than we had seen earlier in the year,” Dickie said. “That is positive that people are getting their houses listed, which helps the whole situation out.” 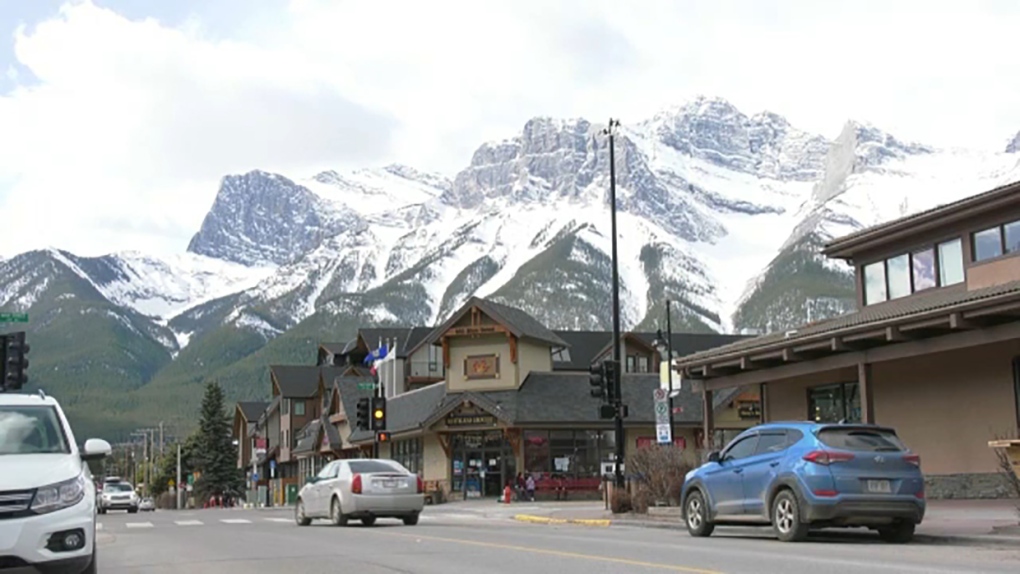 Three Sisters Mountain Village Properties Ltd., the project developer, appealed the decision to a municipal tribunal, and Tuesday the town was ordered to allow the projects to proceed.

Conservation groups fought the proposal, saying it didn’t provide enough space for wildlife to travel through the valley.

“Unless overturned, this decision will cause harm to the lands, and wildlife movement and habitat of an important part of the Yellowstone to Yukon region,” said a statement issued by Yellowstone to Yukon Conservation Initiative on Twitter. “Keeping these lands connected and intact is in the best interest of Albertans now and into the future. Connectivity provides the best chance for some of our most cherished and threatened wildlife to thrive.”

There was no word from the Town of Canmore on whether it will appeal the decision.

In the midst of the COVID-19 pandemic, Canadians hoping to buy homes have had to brave a sizzling seller’s market where waiving inspections, blind bidding, and dozens of competing offers are the norm.

Now, BMO’s chief economist says what many potential house-hunters are hoping for — a balanced or, better yet, buyer’s market — may finally be arriving.

In a new data snapshot issued by the bank on Tuesday morning, Doug Porter said there’s been a “quick fall” in the sales-to-new-listing ratio which is a key part of assessing who holds more power in the Canadian real estate market.

The Canadian Real Estate Association (CREA) said Monday that level is “right on the border between what would constitute a seller’s and a balanced market.”

When it comes to the Greater Toronto Area (GTA) specifically, Porter raised the possibility of a buyer’s market.

“The GTA sales-listing ratio plunged to just 45 per cent in April, which is suddenly getting into buyers market terrain,” Porter wrote in the BMO snapshot data assessment.

In contrast, he said that number has been around 70 per cent over the past year, making for a “firmly seller’s market.”

“And what the ratio is now telling us is that prices are about to go from 20%+ gains to a sudden stall. And that’s assuming the sales/listings ratio doesn’t fall further in the coming months.”

Bidding war no more: How to make an offer in Canada’s cooling housing market

The decision by the Bank of Canada to keep interest rates at rock-bottom levels during the pandemic has been attributed as one significant factor fuelling Canada’s surging home prices over recent years.

But the shift in market sentiment comes as the central bank is in the midst of a series of rate hikes taking aim at rampant inflation, which has hit 30-year highs as a result of reopening economies, supply chain problems and Russia’s invasion of Ukraine.

A lack of housing supply has also prompted growing political pressure on governments of all levels to increase construction — a challenge, given a wave of retirements poised to hit the construction sector.

Right now, though, BMO economist Shelly Kaushik said in a separate data snapshot on Tuesday that new home construction is increasing, with the industry “firing on all cylinders.”

Whether and for how long that will continue remains to be seen.

If Elon Musk scraps Twitter deal, here's what may happen to the stock – Yahoo Canada Finance