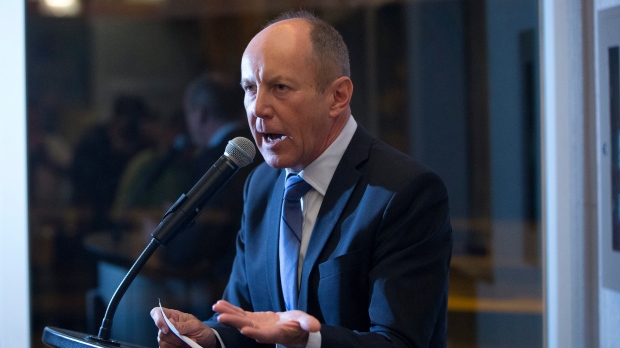 TORONTO / OTTAWA —
While Canadians didn’t have to wait too long on election night to find out who will lead the next government, there are still several individual seats too close to call and it could take a few days to get clear results with mail-in ballots still to be counted.

As of Wednesday evening, nine seats had yet to be called, according to CTVNews.ca’s election tracker, with the Liberals leading in five of the races, the Conservatives leading in one, the Bloc Quebecois leading in one, and the NDP in two.

The number still to be decided won’t affect the overall election result, which saw the Liberals returned with a minority government, the Conservatives the Official Opposition, and both the Bloc and NDP holding enough seats to hold the balance of power when it comes to the Liberals passing key legislation.

But the outcomes of the individual races will have an impact on the people who live in those ridings, and could also end up affecting the outcome of free votes, where members don’t always vote along party lines, as well as the overall demographic breakdown of the House of Commons.

Seat counts can sometimes be seen as a referendum on party leaders, and any last-minute changes to the projected counts will be assessed by the parties as they take stock of their overall electoral showing.

Of course, there are some seats that may hold more symbolic or strategic value for certain parties.

For example, there’s little doubt the Liberals loved winning back the British Columbia seat of Vancouver Granville, which they lost after Jody Wilson-Raybould was expelled from the Liberal caucus over the SNC-Lavalin scandal. She went on to win the seat as an independent in the 2019 federal election, but chose not to run for re-election this year.

Former NDP MP Ruth Ellen Brosseau was hoping to make a political comeback in her home riding of Berthier Maskinongé, and was in a close fight with incumbent Bloc Quebecois MP Yves Perron, but by Wednesday evening, CTV News’ Decision Desk had declared she’d been defeated, by 933 votes.

While it’s not uncommon for some tight races to stretch into the following day after an election, the wild card this year is the record number of mail-in ballots cast due to the COVID-19 pandemic.

According to the latest numbers from Elections Canada, more than 1 million mail-in ballots were returned this year, about 83 per cent—851,213—of which were from people voting in their home ridings. It’s these local mail-in ballots that the agency is still working through.

It’s taking time to get these results because Elections Canada must verify that these voters have not also voted in person, as well as conduct other layers of ballot integrity assessments before these votes can be counted.

The scrutineering process began on Tuesday and the agency has begun to report the results with most expected on Wednesday, though in some ridings it could take until Friday.

The Liberals and NDP are also locking horns in the Toronto riding of Davenport, where incumbent Liberal Julie Dzerowicz leads the NDP’s Alejandra Bravo by 318 votes.

Also hanging on a razor’s edge is the race in Sault Ste. Marie, where Liberal incumbent Terry Sheehan leads Conservative Sonny Spina by just 55 votes, and where 1,660 local mail-in ballots having been returned.

There is still one seat in Edmonton too close to definitively call, which represents a potential defeat of a Conservative incumbent.

In Edmonton Griesbach, NDP candidate Blake Desjarais is leading Conservative Kerry Diotte by 1,006 votes, in a riding where 1,482 mail-in ballots have been received.

To stay on top of the results as they continue to be reported in real time from Elections Canada, bookmark our live results map.

The U.S. Food and Drug Administration (FDA) on Wednesday authorized booster doses of COVID-19 vaccines from Moderna and Johnson & Johnson, and said Americans can choose a shot that is different than their original inoculation.

The decision paves the way for millions more people in the United States to get the additional protection with the highly contagious delta variant of the coronavirus causing breakthrough infections among some who are fully vaccinated.

The agency previously authorized boosters of the Pfizer-BioNTech vaccine at least six months after the first round of shots to increase protection for people aged 65 and older, those at risk of severe disease and those who are exposed to the virus through their work.

Last week, an advisory panel to the FDA voted to recommend a third round of shots of the Moderna vaccine for the same groups.

The United States has confirmed that Canadians that had different COVID-19 vaccines for their first and second dose will be recognized as fully vaccinated. The U.S. will be implementing travel restrictions on Nov. 8, only permitting fully vaccinated travellers into the country. 2:09

The panel also recommended a second shot of the J&J vaccine for all recipients of the one-dose inoculation at least two months after receiving their first.

The FDA and U.S. Centers for Disease Control and Prevention (CDC) were under some pressure to authorize the additional shots after the White House announced plans in August for a widespread booster campaign.

The advisory panel meeting included a presentation of data on mixing vaccines from a U.S. National Institutes of Health study in which 458 participants received some combination of Pfizer-BioNTech, Moderna and J&J shots.

The data showed that people who initially got J&J’s COVID-19 vaccine had a stronger immune response when boosted with either the Pfizer or Moderna shot, and that “mixing and matching” booster shots of different types was safe in adults.

Many countries including Canada and the U.K. have backed mix-and-match strategies for the widely-used AstraZeneca-Oxford vaccine, which is not authorized in the United States but is based on similar viral vector technology as J&J’s vaccine.

WATCH | Booster shots not yet needed for most, says specialist:

COVID-19 booster shots not needed for most people yet, says specialist

Canadians who are fully vaccinated against COVID-19 might see longer immunity if their shots were spaced further apart than recommended by the vaccine makers, says Dr. Matthew Oughton, an infectious diseases specialist in Montreal who said most people don’t need booster shots at this time. (Evan Mitsui/CBC) 4:51

Reuters reported in June that infectious disease experts were weighing the need for booster shots of either the Pfizer or Moderna vaccine after the J&J shot.

A CDC advisory committee on Thursday will make its recommendations about which groups of people should get the Moderna and J&J boosters, which the agency’s director will use to inform her final decision.

About 11.2 million people have so far received a booster dose, according to data from the CDC.

WATCH | Vaccines for kids could face hurdles after approval:

COVID-19 vaccines for kids could face hurdles after approval

Health Canada is reviewing data for the first COVID-19 vaccine for younger children, but even if it’s approved, the hurdles could include vaccine supply, distribution and getting some parents on board. 3:38

As of Wednesday, more than 241.6 million cases of COVID-19 had been reported around the world, according to the latest figures posted by Johns Hopkins University. The reported global death toll stood at more than 4.9 million, according to the U.S-based university’s coronavirus tracker.

In Europe, Russia will shut workplaces for a week, Latvia went back into lockdown for a month and Romanian funeral homes are running out of coffins, as vaccine-skeptic ex-communist countries face record highs of infections and deaths.

In Africa, Kenya lifted a nationwide curfew on Wednesday that has been in place since March 2020 to curb the spread of the coronavirus.

In the Americas, 41 per cent of people across Latin America and the Caribbean have now been fully vaccinated against COVID-19, the Pan American Health Organization said.

In Asia, China reported a fourth day of new, locally transmitted cases in a handful of cities across the country, spurring local governments to double down on efforts to track potential carriers amid the zero-tolerance policy.

North Korea said on Thursday the United States was overreacting to its recent missile test and questioned the sincerity of Washington’s offers of talks, warning of consequences.

This week’s test of a new ballistic missile from a submarine was part of North Korea’s mid- and long-term plan to bolster self defense and was and not aimed at the United States or any other country, an unnamed spokesperson at Pyongyang’s foreign ministry said, according to the official KCNA news agency.

Washington had taken “overly provocative moves” by calling the test a violation of U.N. Security Council resolutions and a threat to regional peace and stability, the spokesperson said.

The Security Council met on Wednesday over the launch at the request of the United States and Britain, and the U.S. envoy urged Pyongyang to accept offers of talks, reiterating that Washington has no hostile intent toward it.

“It is a clear double standard that the United States denounces us for developing and testing the same weapons system it already has or was developing, and that only adds suspicions to their sincerity after saying they have no hostility towards us,” the spokesperson said in a statement carried by KCNA.

The United States and the council could face “more grave and serious consequences” if they opted for wrong behaviour, the spokesperson said, warning against “fiddling with a time bomb.”

The UK government is in talks with Ukraine to sell it missiles for the first time in an arms deal, the Times reported on Wednesday.

Under the plans, the Ministry of Defence would provide surface-to surface and air-to-surface missiles to Ukraine, the newspaper added.

(Reporting by Nishit Jogi in Bengaluru; Editing by Leslie Adler)