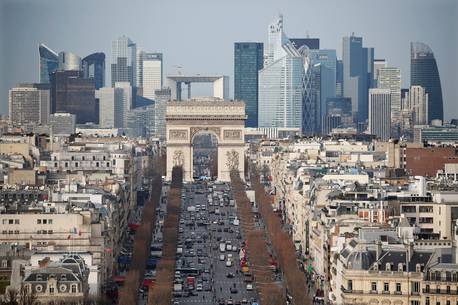 Some 207,100 jobs were lost in April, more than the average analyst prediction for a loss of 175,000. The unemployment rate climbed to 8.1%, missing analyst expectations of 7.8%. Employment is now 2.6% below pre-pandemic levels.

“This episode seemed to be a little more impactful in that it led to a big decline in full-time jobs and specifically in private-sector employment,” said Doug Porter, chief economist at BMO Capital Markets.

“There were some heavy hits in education and culture and recreation. So it seems like the third wave bit into other sectors a little bit more deeply than the second wave.”

With many retailers shuttered in April and the restrictions also hitting hotels, food services and entertainment, service sector employment plunged by 195,400 jobs. Employment in the goods sector fell by 11,800.

As COVID-19 infections surged in April, a number of Canadian provinces imposed fresh restrictions, including shuttering or limiting non-essential businesses and closing schools. Cases are beginning to decline, but reopening is still weeks away and economists expect further job losses in May.

Canada has so far fully vaccinated just over 3% of its nearly 38 million residents, while more than 36% have received a first dose. By the end of June, Canada expects to have received 40 million doses.

Long-term unemployment increased by 4.6% to 486,000 people, which suggests some labor market scarring is beginning to show, said Leah Nord, a senior director at the Canadian Chamber of Commerce.

“The job prospects for displaced workers grow slimmer with every month in lockdown as more businesses throw in the towel,” she said in a statement.

“The hours worked numbers were I think weaker than had been expected,” said Andrew Kelvin, chief Canada strategists at TD Securities. “I think it suggests a weaker April than the Bank of Canada would have had penciled in.”

The Bank of Canada in April sharply boosted its outlook for the Canadian economy and signaled interest rates could start to rise in 2022. 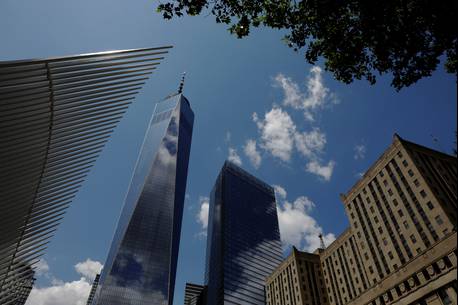 The seasonally adjusted index fell to 60.6 from 72.9 in March. The March reading was the highest since March 2011 and the second highest since the PMI was launched in 2000.

Economic restrictions were tightened in some Canadian provinces in April to tackle a third wave of the coronavirus pandemic.

The Ivey PMI measures the month-to-month variation in economic activity as indicated by a panel of purchasing managers in the public and private sectors from across Canada. A reading above 50 indicates an increase in activity.

The gauge of employment fell to an adjusted 58.0 from 62.7 in March, while the supplier deliveries index was at 37.8, down from 39.6, indicating companies are having greater difficulty meeting increased demand.

TORONTO (Reuters) – The Canadian dollar was little changed against the greenback on Friday as jobs data for both Canada and the United States fell short of estimates, with the loonie holding near its strongest level in 3-1/2 years and extending a weekly win streak.

Canada lost 207,100 jobs in April as fresh restrictions to contain a variant-driven third wave of COVID-19 weighed on employers, Statistics Canada data showed. Analysts had forecast a decline of 175,000.

“You have this unhealthy environment where growth goals are struggling to be met but unfortunately inflation is picking up everywhere,” said Avi Hooper, a senior portfolio manager at Invesco.

Supportive of the loonie, one cause of inflation has been a surge in the prices of some of the commodities that Canada produces.

Copper surged to a record peak on Friday, fueled by speculators and industrial buyers as Western economies recover from the pandemic, while oil settled 0.3% higher at $64.90 a barrel.

“A higher oil price from current levels, we think, will be the catalyst for the next leg of Canadian dollar strength,” Hooper said.

The currency has been on a tear since the Bank of Canada last month signaled it could begin hiking interest rates in late 2022 and cut the pace of its bond purchases.

Canadian government bond yields fell across the curve. The 5-year touched its lowest since March 5 at 0.841% before bouncing to 0.878%, down 3.8 basis points on the day.

Clippers look to clean up the little things vs. Knicks