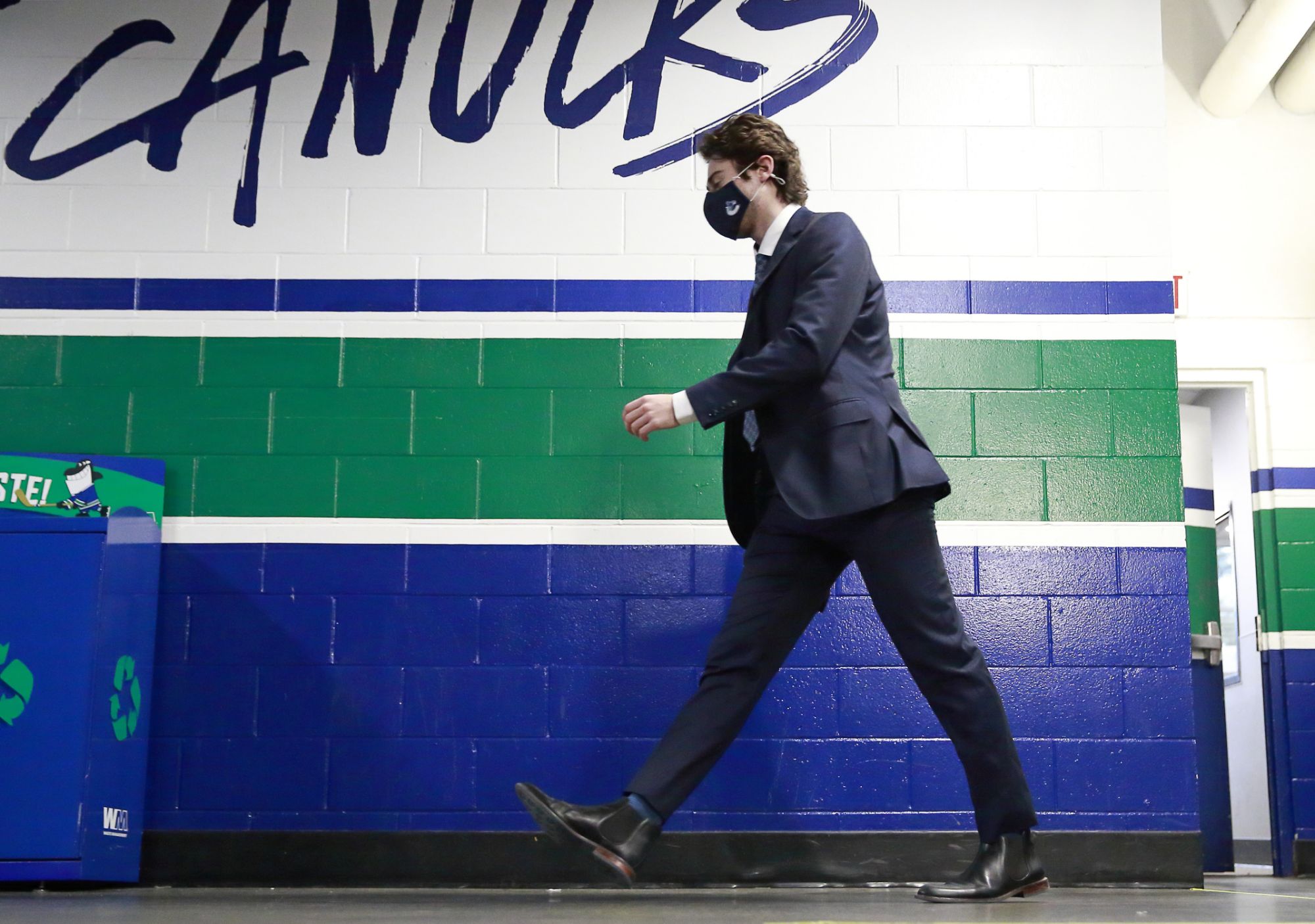 MIAMI — Starling Marte had four hits and the Miami Marlins beat the Tampa Bay Rays at home for the first time since 2018 with a 12-7 victory Saturday night. Garrett Cooper homered and drove in three runs for the Marlins, and pinch-hitter Adam Duvall also went deep. Marte and leadoff man Miguel Rojas each scored three times. Tampa Bay, the reigning American League champion, won 11 of the previous 12 matchups between the Sunshine State rivals over the past three years. Miami was 0-7 against the Rays at home since a 3-0 victory on July 4, 2018 — including losses in the first two games this season. But the Marlins broke loose with 14 hits Saturday in their first win of 2021. “It speaks to the volume of the lineup we have,” Cooper said. “Everyone is out there battling. Tonight you saw different guys coming through.” The Marlins, who trailed 6-4 after 4 1/2 innings, tied it in the fifth and pushed ahead with three runs each in the seventh and eighth. “Not that we’re going to go out and score a ton of runs every night, but I do think we’re pretty balanced up and down the lineup,” manager Don Mattingly said. “We kind of broke the ice last night, and we continued that trend tonight.” Cooper singled home Rojas in the seventh, and Jon Berti ripped a two-run single with two outs to make it 9-6. Berti also doubled in the second. Duvall, signed as a free agent in February, launched his first home run with Miami to left-centre in the eighth. Marte hit an RBI triple and Cooper, who finished with three hits, added a run-scoring double. Marlins rookie Jazz Chisholm stole two bases. “It was a fabulous game for us,” Marte said. “We’re competing all the time. We’re doing our job and making good decisions at the plate.” Manuel Margot, Joey Wendle and Yandy Diaz all had two hits for the Rays, and Mike Zunino homered. Rich Hill gave up four earned runs over four innings in his first start with Tampa Bay. The 41-year-old lefty struck out four and walked two. Chris Archer (0-1) took the loss, giving up four runs in two innings of relief. “They swung the bats very well, squared up a lot of balls,” Rays manager Kevin Cash said. An ailing Elieser Hernandez made it through just 2 1/3 innings for the Marlins, who needed six relievers to finish the game. Richard Bleier (1-0) earned the win with a scoreless seventh. TRAINER’S ROOM Marlins: Hernandez exited with inflammation in his right biceps tendon. He struck out three and did not walk a batter while throwing 23 of 34 pitches for strikes. UP NEXT The teams have a rare Sunday off before facing different opponents Monday. Tampa Bay visits Boston, while Miami hosts St. Louis. ___ More AP MLB: https://apnews.com/hub/MLB and https://twitter.com/AP_Sports Rick Menning, The Associated Press

After the Blue Jays’ 2-0 loss to the Tampa Bay Rays, the team reported that Berrios left the game due to abdominal tightness on his left side and received post-game treatment.

“He’s doing fine,” Montoyo said. “He’s doing a lot better than we thought, which is great news. Actually, you might get to see him playing catch in a little bit to see how he’s doing. He did all the tests. Everything looks good.”

The right-handed pitcher who the Blue Jays acquired at the trade deadline is 11-8 on the season, with a 3.43 ERA in 173.1 innings pitched.

Reigning champions France will kick off this year’s Billie Jean King Cup Finals in Prague against Canada on Nov. 1, with the final scheduled for Nov. 6, the International Tennis Federation said on Wednesday.

Formerly called the Fed Cup, the women’s team competition featuring 12 nations was originally scheduled to be held in Budapest in April last year before being postponed twice due to the pandemic.

This year, Belgium, the 2001 winners, will face 2017 runners-up Belarus on the opening day, while eleven-times winners Czech Republic will play on Nov. 1 and Nov. 4.

The competing nations will each play two group-stage ties to determine the winners of the four three-team groups, who will then progress to the semi-finals. Each tie will consist of two singles matches and a doubles match.

Germany, Spain, Slovakia, Australia, the U.S., Russia and Switzerland will be the other nations competing.

WASHINGTON (Reuters) –Olympic gymnast McKayla Maroney on Wednesday told U.S. lawmakers she feels betrayed by FBI agents, after they failed to investigate former USA Gymnastics doctor Larry Nassar, despite her telling them he had sexually abused her.

FBI Director Chris Wray told the Senate panel that the actions of the agents who botched the investigation are inexcusable, and he announced that one of the agents “no longer works for the bureau in any capacity.”

Maroney is one of four athletes, along with Simone Biles, Aly Raisman and Maggie Nichols, who testified to the Senate Judiciary Committee as it probes the FBI’s mishandling of the investigation.

Maroney recalled how in 2015 she spent three hours on the phone telling the FBI the details of her story that her own mother had not even heard, including accounts of sexual abuse she endured during the Olympic games in London by Nassar, whom she described as “more of a pedophile” than he was a doctor.

It was not until July of this year, however, that she said the Justice Department inspector general revealed in a scathing report  what the FBI actually did with the information she provided: Failing to document it for a year and a half, and misrepresenting what she told them about her experiences.

“Not only did the FBI not report my abuse, but when they eventually documented my report 17 months later, they made entirely false claims about what I said,” Maroney said, with anger in her voice.

Wednesday’s hearing comes after the Justice Department’s Inspector General Michael Horowitz in July issued a scathing report https://oig.justice.gov/sites/default/files/reports/21-093.pdf which blasted the FBI for botching its investigation https://www.reuters.com/world/us/us-justice-watchdog-release-report-into-fbi-probe-ex-usa-gymnastics-doctor-2021-07-14 in a series of errors that allowed the abuse to continue for months.

Several of the gymnasts said they were furious that the FBI failed to immediately interview them about the abuse after they had reported it. Once the FBI finally did contact them, they said the agents tried to downplay the severity of the abuse.

“I remember sitting with the FBI agent and him trying to convince me that it wasn’t that bad,” Raisman said.

“It’s taken me years of therapy to realize that my abuse was bad, that it does matter.”

Horowitz also appeared on Wednesday along with Wray.

Horowitz said that the now-fired agent who falsified Maroney’s statement “could have actually jeopardized the criminal investigation by providing false information that could have bolstered Nassar’s defense.”

The FBI declined to name the fired agent, but Senator Richard Blumenthal identified him as Michael Langeman.

Langeman served as a supervisory special agent in Indianapolis, where he led a task force that investigated child sexual exploitation, according to an interview he gave to a local podcast in 2018.

The FBI’s investigation into Nassar started in July 2015, after USA Gymnastics President and CEO Stephen Penny reported the allegations to the FBI’s Indianapolis field office.

That office, then led by Special Agent in Charge W. Jay Abbott, did not formally open an investigation. The FBI only interviewed one witness months later, in September 2015, and failed to formally document that interview in an official report known as a “302” until February 2017 – well after the FBI had arrested Nassar on charges of possessing sexually explicit images of children in December 2016.

When the interview was finally documented in 2017 by an unnamed supervisory special agent, the report was filled with “materially false information and omitted material information,” Horowitz’s report determined.

Abbott, who retired from the FBI in 2018, also violated the FBI’s conflict of interest policy by discussing a possible job with the U.S. Olympic Committee while he was involved with the Nassar investigation.

As the FBI delayed its probe, Nassar went on to abuse more victims. At one point in Wednesday’s hearing, Senator Richard Blumenthal asked all four athletes whether they knew of victims who were abused after the July 2015 disclosure to the FBI.

Neither Abbott nor the other unnamed supervisory special agent who botched the Nassar probe were prosecuted for their actions.

Wray said the case was presented twice for possible prosecution and declined, but he deferred to federal prosecutors to explain their reasoning.

“We have been failed and we deserve answers,” Biles said on Wednesday.

Raisman, meanwhile, expressed frustrations that more has not been done to investigate USA Gymnastics or the U.S. Olympic & Paralympic Committee for covering up Nassar’s abuse for years.

“Why did none of these organizations warn anyone? USAG and USOPC have a long history of enabling abuse by turning a blind eye. Both organizations knew of Nassar’s abuse, long before it became public,” she said.

In a statement, the USOPC said it remains “completely dedicated to the safety and well-being” of its athletes, and it has implemented reforms after hiring a law firm to conduct an independent investigation.

USA Gymnastics did not immediately reply to requests for comment.

Nassar has been found guilty in three separate cases, with one of the prison sentences running up to 175 years. Prosecutors have estimated he sexually assaulted hundreds of women and girls.

New Zealand's Economy Was Humming Prior to Delta Lockdown – BNN