NEW YORK – The U.S. government’s first look at the real-world use of COVID-19 vaccines found their effectiveness was nearly as robust as it was in controlled studies.

The two vaccines available since December — Pfizer and Moderna — were highly effective at 90% after two doses, the Centers for Disease Control and Prevention reported Monday. In testing, the vaccines were about 95% effective in preventing COVID-19.

“This is very reassuring news,” said the CDC’s Mark Thompson, the study’s lead author. “We have a vaccine that’s working very well.”

The study is the government’s first assessment of how the shots have been working beyond the drugmakers’ initial experiments. Results can sometimes change when vaccines are used in larger, more diverse populations outside studies.

With nearly 4,000 participants from six states, the study focused on health care workers, first responders and other front-line workers who had first priority for the shots because they are at higher risk. They were given nasal swab test kits to use every week to check for signs of a coronavirus infection.

“The evidence base for (currently available) COVID-19 vaccines is already strong, and continues to mount ever higher with studies like this one,” said David Holtgrave, dean of the University at Albany’s School of Public Health, in an email.

The study included roughly 2,500 volunteers who had completed two vaccine doses, about 500 who got one dose and about 1,000 who did not get vaccinated between mid-December and mid-March.

The researchers counted 205 infections, with 161 of them in the unvaccinated group. Of the remaining 44, the CDC said 33 of them were in people apparently infected within two weeks of a shot. Experts say it takes two weeks before a dose takes full effect.

No one died, and only two were hospitalized. Thompson did not say whether the people hospitalized were vaccinated or not.

Besides the 90% figure for two doses, the study found it was 80% effective for participants two weeks or more after a first dose.

“Our national vaccination efforts are working,” she said during a White House press briefing Monday. She added that over 93 million Americans have received at least one vaccine dose and over 51 million people have been fully vaccinated.

Different researchers have tried to look at how the vaccines have performed in real-life conditions, including work done in Israel and the United Kingdom, and a U.S. study of Mayo Clinic patients.

Unlike the Mayo study, which focused on hospitalization and death, the CDC study looked for any infection — including infections that never resulted in symptoms, or were detected before people started feeling sick.

About two-thirds of the vaccinations in the study were Pfizer shots, one-third were Moderna and five people got the newest single-dose shot from Johnson & Johnson. The study was done in Miami; Duluth, Minnesota; Portland, Oregon; Temple, Texas; Salt Lake City; and Phoenix and other areas in Arizona.

Canada to get 3.3M vaccine doses this week, including shots on loan from U.S. – Global News

New data from the BC Centre for Disease control shows that the highly-transmissible Delta variant of COVID-19 has grown to nearly four in 10 cases in the province, up from fewer than one in 10 just two weeks before.

The data comes as the province reported more than 100 new cases in a 24-hour period for the first time in five weeks.

The BCCDC released the data Friday, which covers the week of July 11 to July 15.

Read more:
96% of COVID-19 cases are among those not fully vaccinated, B.C. health officials say

Last week, the BCCDC reported the Delta variant made up 33 per cent of cases, while the week before it was just eight per cent.

Research has found that the Pfizer and AstraZeneca COVID-19 vaccines are highly effective against the Delta variant, but only when people receive both doses.

Partially vaccinated people remain at a much greater risk of contracting it or becoming seriously ill.

B.C. Health Minister Adrian Dix said Friday that 96 per cent of new cases reported in B.C. between June15 and July 15 were among people who weren’t fully vaccinated.

As of Friday, more than 2.68 million people — 58.1 per cent of those eligible and 52.2 per cent of the population — have been fully vaccinated.

There were strong regional variances in the prevalence of Delta.

In the Vancouver Island Health Region, all of the 14 cases reported over the week in question were found to be the Delta variant.

In the Interior Health Region, which has seen growing case numbers and lagging vaccination rates, Delta made up a whopping 74 per cent of the 122 cases over the week reported.

More than half of the new cases reported on Friday were in the Interior Health region.

Vancouver Coastal Health had the second highest prevalence of Delta, at 33 per cent, followed by the Fraser Health region at 15 per cent.

Officials said 97 per cent of all samples tested were at least one of the known variants of concern.

The BCCDC cautions that the data reported on Friday is subject to change due to a lag in sequencing some samples.

The number of active COVID-19 cases in Ottawa is back above 40 for the first time in two weeks, as the city’s vaccine administration pace slows down.

A new outbreak of COVID-19 in Barry’s Bay, Ont. has resulted in two closed businesses and nearly two-dozen high-risk contacts.

The Renfrew County health unit is reporting three new confirmed cases that started with a visit from southern Ontario.

Twenty-one high-risk contacts now have to isolate, a fresh example that Canada is not yet out of the pandemic.

Ontario is reporting another jump in the number of new COVID-19 cases as health officials log just over 190 new infections and the seven-day average rises.

The province confirmed 192 new cases of the novel coronavirus on Friday, which comes after officials logged 185 new infections on Thursday.

Before that, the province reported case numbers below the 150 mark for three days. 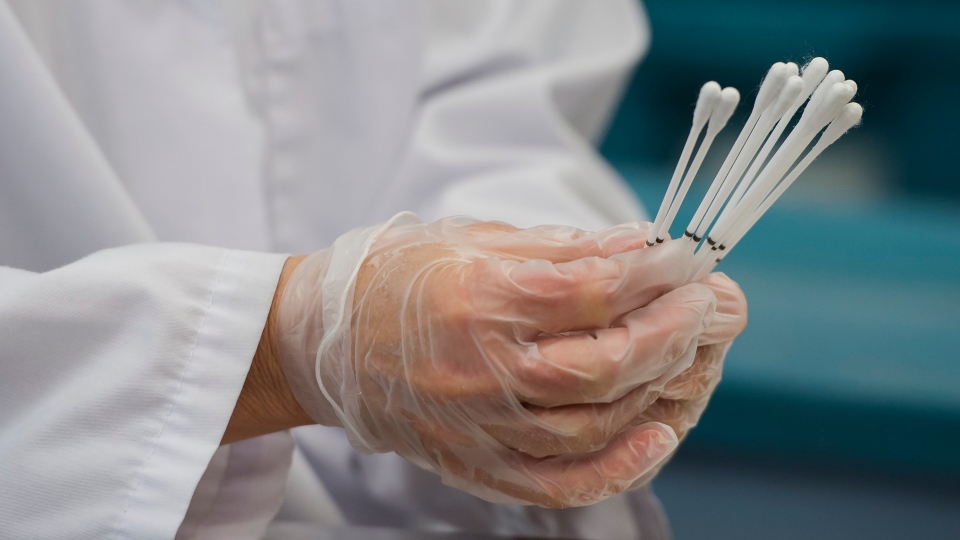 India flights to Canada: When will they be allowed? – Canada Immigration News