Rivian Automotive, an electric vehicle company that has so far delivered only about 150 electric pickup trucks mostly to its own employees, surpassed General Motors Thursday to become the second most valuable U.S. car company behind Tesla.

The California company went public Wednesday in an initial public offering (IPO) that priced shares at $78 each. By the end of its first day as a public company, those shares were worth more than $100, enough to value the company at $88 billion. That’s more than Ford is worth.

The shares rose another 30 per cent on Thursday to push the company above the $100 billion US valuation. That’s greater than Detroit’s GM, one of the biggest auto manufacturers in the world, which sold more than 6.8 million vehicles globally last year.

Rivian’s IPO is the biggest in the world this year so far, and the biggest by a U.S. company since Facebook in 2012, according to data compiled by Bloomberg.

Despite lofty valuations and ambitions, the company is tiny. Its goal is to produce 1,000 electric vehicles this year. Rivian rolled out its first vehicle, the R1T electric truck, in September and plans to launch its electric SUV, the R1S, next month.

While the company has yet to record any revenue from vehicle sales, regulatory filings suggest it does have 55,400 orders for its vehicles already logged.

Ford is one of Rivian’s high-profile backers, having invested a half-billion dollars into the company in 2019. The other is Amazon, which held a 20 per cent stake in Rivian ahead of the IPO. Amazon is not only a backer of the company, but it is also poised to be its biggest customer, as the e-commerce giant wants to use Rivian vehicles in its delivery fleet.

Rather than focusing on the number of vehicles sold, investors are anticipating vast potential for Rivian as the appetite for electric vehicles grows.

While Rivian’s $100 billion valuation is no small feat, it still pales in comparison to that of Tesla — the electric vehicle maker it is most often compared to — which is currently worth more than $1 trillion.

Tesla has sold about 627,300 vehicles so far this year. Rivian says it hopes to be producing one million vehicles a year within a decade.

Some in the investment community say that much like Tesla’s rally to become the most valuable car company on Earth, Rivian’s value is also a sign that valuations have gotten out of hand.

“Despite the popularity of the electric vehicle market and huge gains in Tesla’s stock, we think investors should avoid the temptation to buy Rivian shares,” investment research firm New Constructs said of the company ahead of the IPO.

The firm notes that when Tesla went public in 2010, it was valued at $1.7 billion US, was at least already delivering vehicles to paying customers, and was on track to sell 1,500 vehicles that first year. That’s more than Rivian says it will do, despite now being worth about 50 times what Tesla was worth then.

“To buy the stock at such a high price before the company has shown it can consistently produce more than a handful of cars seems ridiculous to us,” New Constructs said. “Investors shouldn’t buy a stock just because it’s in a hot sector.”

Tesla has amassed a market value of more than $1 trillion. So far this year it has sold around 627,300 vehicles.

Tesla CEO Elon Musk has been in the news this week for selling off a huge stake in his company based on the results of a Twitter poll, and also because he may have to pay a large tax bill next year.

N.L. government doesn't know who might have patient and employee data hit by cyberattack – CBC.ca 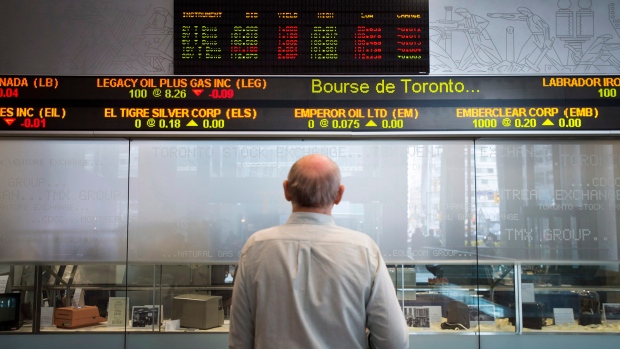 TORONTO – The rebound in Canada’s main stock index was short-lived as it pushed lower Friday to end a third-consecutive losing week amid concerns about impending action by the U.S. Federal Reserve.

The S&P/TSX composite index closed down 128.76 points to 20,633.27 despite hitting an intraday high of 20,825.21. The Toronto market had a strong morning start after posting its best performance in 10 months Thursday. It then lost ground throughout the session before recovering a bit approaching the close.

Investors have been jittery this week in response to the more hawkish comments from the U.S. central bank around speeding up the tapering of bond purchases at the same time as a new COVID-19 variant has surfaces and economic activity is slowing, said Greg Taylor, chief investment officer of Purpose Investments.

“The risk this week is around the Fed making a policy error,” he said in an interview.

Taylor said investors have been nervous in the last few days about the Fed taking away stimulus while the economy in the rest of the world slows down a little bit.

Canadian markets have been somewhat insulated by strong bank earnings.

The heavyweight financials sector was slightly lower on the day, led by a 4.4 per cent drop by Canadian Western Bank. That was partially offset with BMO and CIBC rising 2.4 and 2.1 per cent, respectively, as the Canada’s big banks wrapped up strong quarterly reports that saw them each boost dividends.

Telecommunications was the only sector on the TSX to close higher on Friday.

The broad-based decrease on the TSX was led by health care and the technology sector, which sustained even stronger declines in the U.S.

Tech dropped 2.5 per cent as shares of Hut 8 Mining Ltd. fell 10.8 per cent while Lightspeed Commerce Inc. was down 7.7 per cent and Shopify Inc. was 2.4 per cent lower.

There was a disconnect in the sector’s movement because bond yields were weaker, which is typically a supportive move for these companies.

Big tech stocks have really come under pressure in the last few days as previous pandemic winners such as DocuSign Inc. suffered a 42 per cent decline, Taylor said. 42.2

Materials also fell as copper prices softened while gold was stronger as shares of Lithium Americas Corp. lost 8.7 per cent.

Earlier, the United States and Canada posted November employment numbers. U.S. non-farm payrolls disappointed as they increased by 210,000 jobs, far below forecasts for about 550,000 jobs. However the unemployment rate fell to 4.2 per cent, the lowest since February 2020.

In Canada, the jobless rate fell to six per cent as 153,7000 jobs were added as the share of the core working population with a job climbed to an all-time high.

Taylor said markets were at risk coming into the week.

“We haven’t had a correction in a long time and were due for some volatility. The question will be when will buyers step back in.” 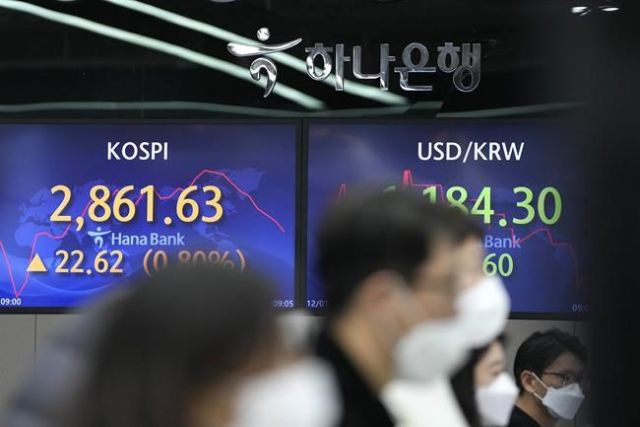