TOKYO — Fujifilm Holdings Corp will restart a clinical trial in Japan of its antiviral drug Avigan for the treatment of COVID-19, the Nikkei newspaper reported on Sunday.

Domestic approval of the drug was delayed after a health ministry panel said in December that trial data was inconclusive. The new study will involve about 270 patients and Fujifilm will aim to seek approval again in October, Nikkei said.

Representatives from Fujifilm did not immediately respond to a request for comment.

Japan has approved Avigan, known generically as favipiravir, as an emergency flu medicine. But concerns remain, as the drug has been shown to cause birth defects in animal studies and its effectiveness against COVID-19 has proven difficult to demonstrate.

Japan’s government has called on Fujifilm to triple national stockpiles of the drug, which has been approved for COVID-19 treatment in Russia, India and Indonesia. (Reporting by Rocky Swift; Editing by William Mallard)

After seven years in Winnipeg forward Mathieu Perreault is returning to his home province to play for the Habs. He spoke today in his first media availability as a member of the Montreal Canadiens.

He played a total of 455 games during his time in Manitoba with the Jets (including his 600th in the NHL) compiling 88 goals and 142 assists playing up and down the lineup. Of course his most famous game might have been his four goal night where he could have scored a fifth goal and won one lucky Manitoban (Gail McDonald from Brandon) one million dollars. Gail still ended up with $100,000.00 so not exactly a bad night for her as well as a “sorry Gail” response from Perreault when he found out which was a rather classic Perreault type response.

For those curious about the language in the media availability:

First seven minutes are questions in French
then next four are in English
then it returns to French until about the 13 minute mark
and from 16 minutes till the end it is in French. 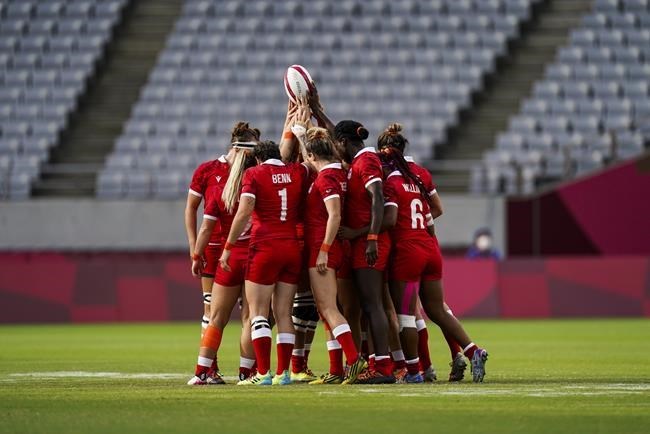 Rugby Canada fired Jamie Cudmore, a former star player in charge of developing the next generation of talent, on Friday for a series of social media posts belittling the women’s sevens team.

His posts took aim at the sevens squad for its disappointing performance at the Tokyo Olympics.

Much had been expected of the Canadian women in Tokyo, given their performance in Rio and the fact they were tied with Australia on points for second in the World Rugby Sevens Series standings when the pandemic shut down the season last year.

But the Canadian women lost to Fiji and France after beating Brazil to miss out on the quarterfinals. They finished ninth after defeating Kenya 24-10.

Cudmore, an enforcer in the rugby field during his playing days, served as an assistant coach with the Canadian men’s 15s team and ran Rugby Canada’s national development academy.

The fact that the comments came from within has added to a year of turmoil for the governing body and the sevens women, who launched a formal complaint in January under Rugby Canada’s bullying and harassment policy.

Cudmore apologized for the posts but was relieved of his duties soon after. Rugby Canada called the posts “unacceptable and in breach of organization policy.”

“It was an emotional event for a good friend and I let that get the better of me,” Cudmore said on Twitter. “I’ve always played/coached with my heart on my sleeve for this great country. I’m sorry if I’ve offended anyone.”

In the wake of the complaint filed by 37 current and former team members, an independent review concluded that while the conduct described in the complaint reflected the experiences of the athletes, it did not fall within Rugby Canada’s policy’s definition of harassment or bullying.

Tait, while maintaining he had done nothing wrong, subsequently stepped down.

A former Canadian international, Tait was one of Rugby Canada’s most successful coaches, leading the sevens team to the bronze medal at the Rio Olympics.

The controversy has divided Rugby Canada, with most of Tait’s staff leaving.

It appears Cudmore could not resist taking a shot at the women given their Olympic performance under interim coach Mick Byrne.

“Karma is a bitch! #Survivorsmyass,” read a since-deleted Cudmore tweet.

“Rugby Canada stands with our women’s 7s athletes,” the governing body said in its initial response on social media. “We support the team in their efforts both on and off the rugby pitch and are proud of the way they have represented our country. Rugby Canada is aware of recent social media comments made about the team and worked to ensure they were removed as quickly as possible.

“Our organizational values include solidarity and respect, and everyone on our staff is expected to help create an inclusive environment for all. We condemn any inappropriate comments directed at the team and our leadership will be meeting to address this matter immediately.”

Rugby Canada upped the ante hours later, relieving Cudmore of his duties. CEO Allen Vansen said in a series of tweets that the organization had concluded “that immediate action must be taken.”

“Rugby Canada’s core values, including integrity and respect, must be exemplified in all our rugby programs and we are determined to promote a healthy, inclusive culture now and in future,” Rugby Canada board chair Sally Dennis said in the statement.

Cudmore won 43 caps for Canada, playing in both the 2003 and 2007 World Cups. The six-foot-five 257-pound lock forward is one of Canada’s most famous exports — a hard man on the rugby pitch who was no stranger to suspensions for taking matters into his own hands on the field.

“I wanted to take this moment to talk about our performance and how proud I am of this team beyond any result,” Williams wrote on Instagram. “Because I am, and what we accomplished this year is far greater than one weekend. What this team stands for and who we have become means that young female athletes across Canada can play their sport and feel safe. I’m proud of that.

“But instead I have to sit here once again and share what we’ve been going through as a team. The consistent hatred we have received from people in our own organization. I’m only sharing because this is what we have been dealing with for months. From private texts, to public stalking online and in person. The bullying and harassment that we have received for coming forward is outrageous and scary at times. This is the reason we called for an internal investigation because we haven’t been safe.”

In the wake of that probe, the players said they had been let down by Rugby Canada’s harassment and bullying policy — which has since been updated and replaced.

Rugby Canada says it plans a “detailed, independent review of all performance rugby programs starting next month with a goal of positioning teams for success in supportive, inclusive environments.”

“We always knew this was about more than rugby, about more than one tournament, even if it’s the Olympics. We knew the last nine months might put our Olympic dream in jeopardy, we had that discussion as a group, and still the decision was clear. We were ready to put our dreams at risk for change.

“This has not been a distraction but it has taken a toll on us. And so, while we are heartbroken not to have been able to play our best, we are proud and united.”

In a statement released April 28, the players said their complaint “explained the psychological abuse, harassment and/or bullying these athletes feel they were subjected to in the centralized training environment.”

This report by The Canadian Press was first published July 30, 2021. 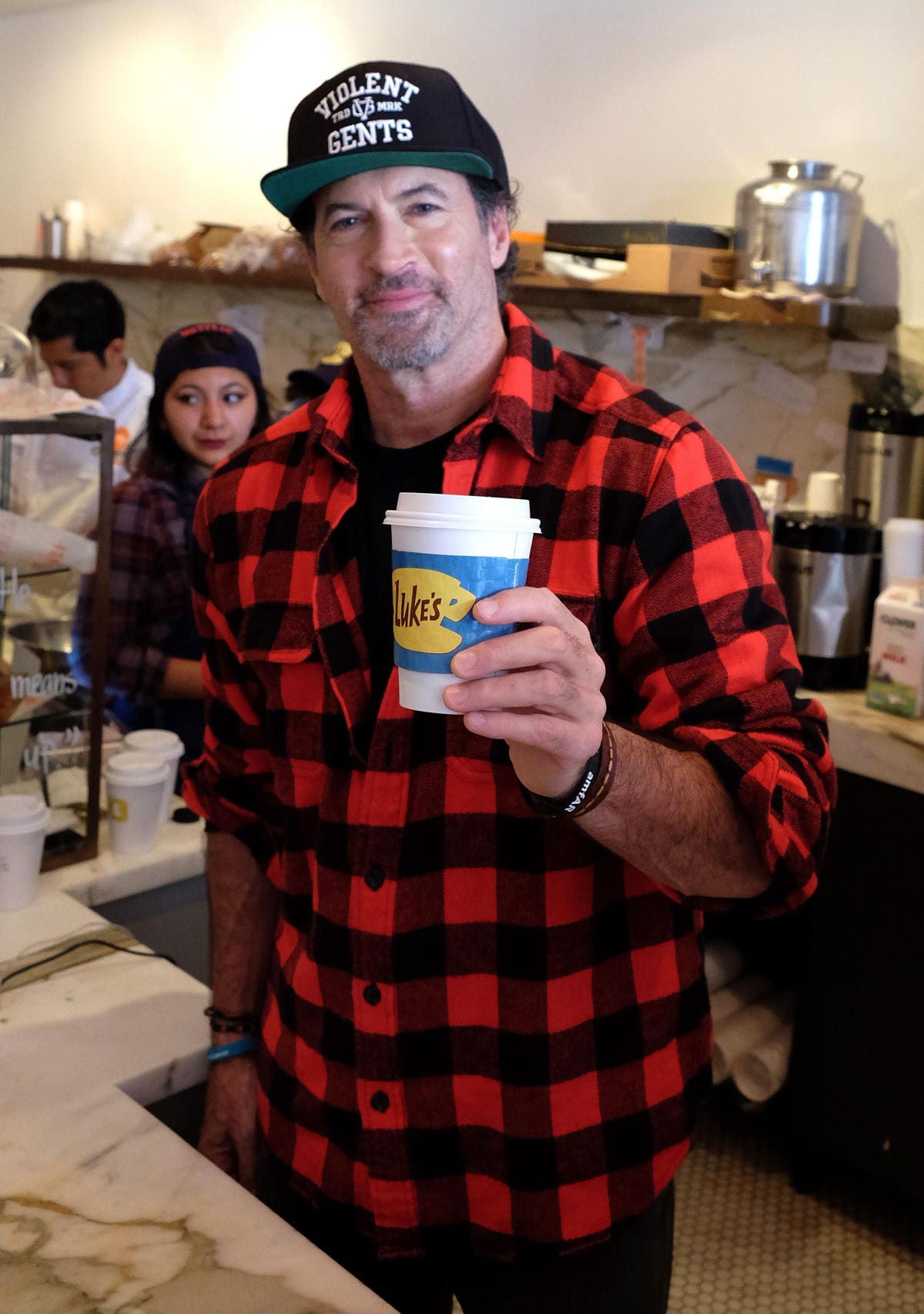 In recent months, iHeart Media has added nearly a dozen rewatch podcasts where actors watch episodes of shows like Scrubs, Gilmore Girls, One Tree Hill, Beverly Hills 90210, and The Office with fans and offer them behind-the-scenes tidbits.

According to Conal Byrne, who overseas iHeart’s podcast business, both actors and their fans benefit from the growth in rewatch shows.

“You have talent that are at the top of their game from movies and TV, and they’re looking for a way into podcasting,” Byrne said in an interview. “Maybe they don’t want to just do another loosely defined chat show. And so this is a way for them to reach out to people who are still their friends and set up a format, out of the gate to do their podcast.”

Scrubs stars Zach Braff and Donald Faison are a case in point.

Their show is called Fake Doctors, Real Friends because they met on the set of the sitcom and describe themselves as best friends.

“They were looking for an excuse to spend a couple of hours per week together,’’ Byrne said. “And this was the format that worked.”

“The reason that that happens is that we blasted it across all of our channels to get every last superfan we could,” Byrne said. “If we want to use this show to drive subscribers exclusively on our own platform, it would have been a tenth the audience that it had.”

Shows like Gilmore Girls have rabid fan bases that repeatedly watch reruns of the comedy/drama about the travails of single mother Lorelei Gilmore and her teenage daughter Rory that went off the air in 2007.  Netflix

NFLX
rebooted Gilmore Girls in 2016 for a limited four-episode run. Fans are clamoring for additional episodes.

Even so, Actor Scott Patterson, who played Lorelei’s love interest Luke Danes, was surprised by the reception his Gilmore-themed podcast I Am All In has gotten.

Like other actors, Patterson doesn’t usually enjoy watching himself act and hadn’t watched Gilmore Girls until he got the podcast.

“I don’t mind it as much now because it’s 21 years after the fact,” Patterson said. “You know, it’s like watching a different person. You know, I’ve changed a great deal since I got that show, and time on by where I feel pretty, pretty comfortable watching myself. I hadn’t watched it before because I was, I was, you know, devoting so many hours a day, making the show, I’ll make the show. I didn’t want to consume when I went home. I didn’t have time to anyway.”

Though podcast listening surged during the Pandemic, Byrne doesn’t expect it will drop off when the worst public health crisis in more than a century ends.

What Activision Blizzard Is Losing, Besides The PR War – Forbes