Japan’s government today released its coronavirus contact tracing app for iOS and Android. The apps rely on Apple and Google’s co-developed exposure notification platform, using Bluetooth to help determine whether users have come into close contact with others who have tested positive for COVID-19.

Though the app store listing simply reads “COVID-19 Contact App,” Japan refers to the app as COCOA, a somewhat convoluted backronym that stands for COVID-19 Contact-Confirming Application. It was developed by Microsoft engineers, according to Nikkei, who were hired in May after Google and Apple’s conditions reportedly led the government to abandon the work done by a Tokyo-based team in favor of a bigger corporation.

COCOA doesn’t store personal information like location data or phone numbers, the government says, in accordance with Apple and Google’s tracking platform. Instead, it records encrypted data flagging phones that have been within one meter for more than 15 minutes; when one person reports the fact that they have tested positive for COVID-19, those other users will be notified.

Several countries have debated their approach to contact tracing apps in recent months, with some governments seeking more control over data than Apple and Google’s APIs allow. Germany released its own app based on the same platform after originally planning to develop a different system, and the UK similarly backtracked this week on a proprietary NHS app that has been in testing.

Japan’s coronavirus outbreak has been relatively small considering the country’s size, with 17,668 cases and 935 deaths confirmed so far. That represents a figure of 140 cases per million people, compared to 6,779 in the US and 1,060 worldwide. Today, the government lifted its advice to avoid travel between Tokyo and its surrounding prefectures, and the delayed Nippon Professional Baseball season will begin in empty stadiums this evening.

Star Wars: Squadrons — everything you need to know – Polygon

Nintendo has revealed that it will be broadcasting a Treehouse Live event on Friday 10th July (that’s today in the UK, but tomorrow if you’re in the United States) which will include gameplay footage of Paper Mario: The Origami King.

The event will also give us the first reveal of “a title in a franchise new to developer WayForward,” which is perhaps a more exciting prospect for many people than the Paper Mario footage. Before you get too excited, though, Nintendo has confirmed that the game is a third-party property, and not a Nintendo franchise.

Check out gameplay of the upcoming game #PaperMario: The Origami King tomorrow 7/10 at 10am PT on #NintendoTreehouseLive | July 2020. Plus, we’ll feature a first reveal and gameplay for a title in a franchise new to developer WayForward!https://t.co/pWziqZZPd3 pic.twitter.com/ZeubOStUtD— Nintendo of America (@NintendoAmerica) July 9, 2020

A beta version of Apple’s latest mobile operating system is available to the public, Coinbase may go public and researchers discover a frightening smartwatch vulnerability. Here’s your Daily Crunch for July 9, 2020.

Developers are no longer the only ones who can try out the newest version of Apple’s mobile operating system — beta versions of iOS 14 and iPadOS 14 are now available to the general public.

Romain Dillet has already been playing around with the new iOS, and he said the biggest change is a rethinking of the home screen, with widgets that can be stacked and flipped, along with an App Library that groups all the apps on your phone by category.

Apple says it’s ‘committed’ to supporting Thunderbolt on new Macs after Intel details latest version — “We remain committed to the future of Thunderbolt and will support it in Macs with Apple silicon,” Apple said.

Coinbase reported to consider late 2020, early 2021 public debut — The cryptocurrency exchange platform may be considering a direct listing instead of a traditional IPO, according to Reuters.

Kernel raises $53 million for its non-invasive ‘Neuroscience as a Service’ technology — The startup says it has created non-invasive technology for recording brain activity.

TikTok likes and views are broken as community worries over potential US ban — As of this afternoon, the company said a fix was in progress.

VCs are cutting checks remotely, but deal volume could be slowing — In a new survey from OMERS Ventures, 69% of VCs said they were willing to make a fully remote investment, but most of them haven’t actually done so.

As the pandemic drags on, interest in automation surges — Brian Heater looks at some of the ways COVID-19 may permanently alter the job market.

Smartwatch hack could trick patients to ‘take pills’ with spoofed alerts — The vulnerabilities were found in SETracker, a cloud system that powers smartwatches and vehicles.

Sony has revealed a first look at what PlayStation 5 game cases will look like.

In a short post to the PlayStation Blog, the company published box art for PS5 game Marvel’s Spider-Man: Miles Morales, Insomniac’s standalone follow-up to 2018’s Marvel’s Spider-Man. This image also shows you what to expect from PS5 game cases in general when the console launches this holiday.

Ostensibly, the only major change between PS4 and PS5 cases is the white banner at the top that says ‘PS5.’ On PS4, this strip was coloured blue. PS5 cases also won’t say ‘Only on PlayStation’ to signify exclusivity. Instead, Sony will use its new “PlayStation Studios” branding to make this distinction. 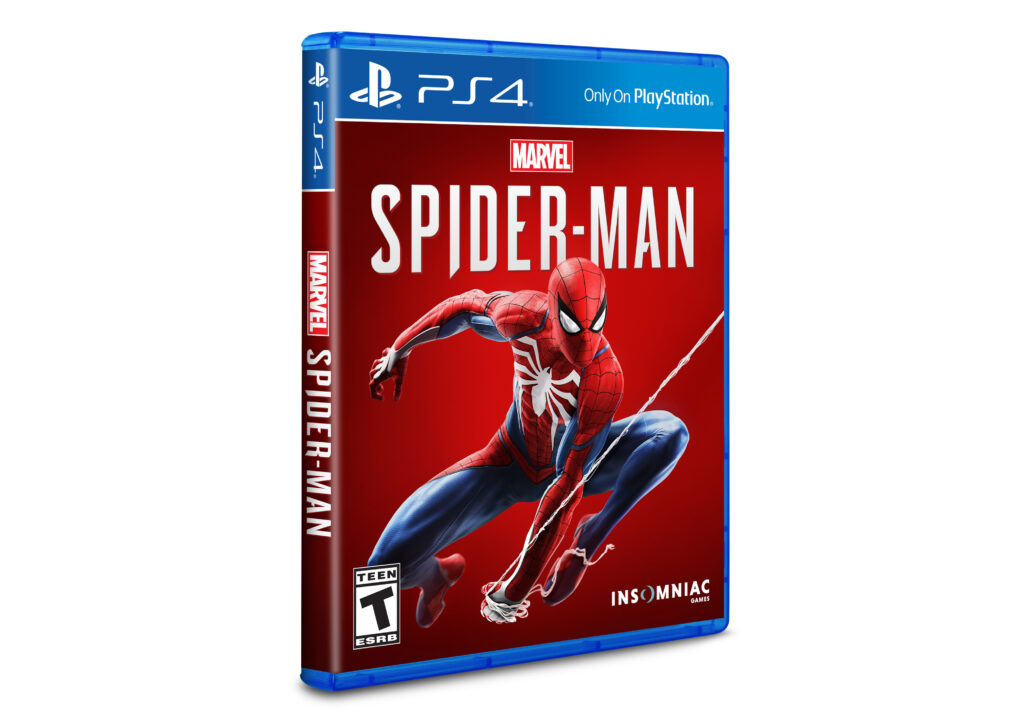 That said, the borders of the PS5 game case are still blue, just like they are with the PS4’s. All told, the differences between the PS4 and PS5 cases aren’t very significant.

Beyond the brief glimpse at the Miles Morales game case, Sony’s blog post didn’t offer any other new PS5 details. That’s not entirely surprising, though, given that Sony did provide a major PS5 blowout last month. This event featured the unveiling of the console itself, as well as a variety of first- and third-party titles. Pricing and a release date have not yet been confirmed, however.

For now, what do you think of the cover art for Miles Morales and the PS5 game case design in general? Let us know in the comments.