One of the world’s top women’s curling teams is splitting up.

Team Jennifer Jones announced on Twitter on Monday that players would go their separate ways at season’s end, saying “We wanted our fans and the curling community to hear it from us first that we have decided to go in different directions once the season is over.

“It’s been an incredible journey and we are so thankful for every game and every moment spent together over the last few years.”

Dawn McEwen, the lead for Team Jones, announced two days earlier that she’d decided to retire at the end of the season. The 41-year-old mom of two young daughters had played with Jones for 14 years.

“We couldn’t have more admiratoin or respect for each other and we will continue to support each other in whatever comes next,” the statement said.

The Winnipeg skip led her team to the Beijing Olympics where they didn’t advance to the medal round.

Third Kaitlyn Lawes, second Jocelyn Peterman and alternate Lisa Weagle make up the rest of the team, which is ranked No. 5 in the world.

Jennifer Jones shares her emotions after a roller coaster of a night and not making the playoffs, why it was important for her to hug Team Japan, what she’s taking away from the Olympics and what she might be up to next. 54:21

Atlanta, United States of America (USA)- The US Soccer Federation (USSF) has announced soccer players representing the United States men’s and women’s national teams will receive the same pay and prize money, including at World Cups.

Under the new deals, which run through 2028 and cover the next four World Cups, dozens of top men’s and women’s players have been told in internal presentations that they can expect to collect average annual payouts of about US$450 000 from the USSF and potentially more than double that in successful World Cup years.

“This is a truly historic moment. The first Federation in the world to equalize FIFA World Cup prize money. These agreements have changed the game forever here in the United States and have the potential to change the game around the world.

This latest development comes after the USSF was ordered to pay US$24 million to settle a discrimination lawsuit with a group of past and present USWNT stars.

As part of their settlement, the group of women’s players will divide US$22 million, which was around a third of what they had originally hoped to seal, with the extra US$2 million used to establish a fund that helps the players navigate their post-soccer careers and women’s sports to grow.

London, England- Formula 1 has confirmed that there will be 22 races for the 2022 calendar and 3 sprinting events.

The move follows Formula 1’s decision to permanently cancel Russia’s race at Sochi in the wake of Russia’s military operations in Ukraine.

Formula 1 organizers cancelled the event shortly after Russia’s military operations in February leaving the original slot open as they worked through various replacement options to fit with the original schedule.

Following the cancellation, Formula 1 received plenty of interest from host venues but had to work out if any addition would prove beneficial to the schedule rather than increase costs in terms of logistics.

With the original 23-race number set to be a record for a Formula 1 season, the event organizers then decided the most efficient approach was to simply drop the race that was originally slated for September 25 and leave two weeks between the previous three-straight slate in Europe and the following back-to-back weekends in Singapore and Japan.

Meanwhile, the number of sprint qualifying events that had been expected to be doubled to six this year will remain at three.

However, according to McLaren’s CEO, Zak Brown, Formula 1 teams are in favour of more sprints, “We tried to get six sprint races off last year, which obviously didn’t happen for this year. I think all the teams voted in favour of six sprint races now we have seen the data which tells us it creates more fan awareness, and that’s what I think is most important in growing the sport, how do our fans respond when we try new activities?”

Give us feedback below comments, Your feedback is very very important to us. 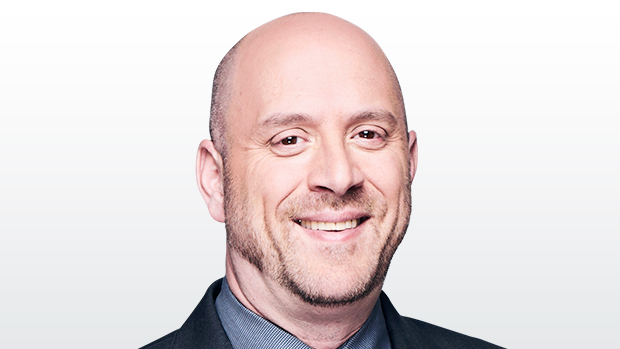 The first Canadian Football League strike in nearly 40 years ended Wednesday night, opening the door for the full resumption of training camps and the first on-time start to the regular season since 2019.

The CFL and the CFL Players’ Association reached a tentative seven-year deal on a new collective bargaining agreement (CBA) Wednesday, less than 96 hours after the strike began when talks broke off.

Monday’s preseason game in Saskatchewan between the Roughriders and Winnipeg Blue Bombers is being rescheduled – an announcement is expected on Thursday – but in terms of actual casualties because of this labour stoppage, that’s it.

The end result is a deal – which still has to be ratified by the league’s board of governors and CFLPA members – that produces measureable gains for the players in several areas including health and safety, revenue sharing, salary cap, and guaranteed contracts.

There are tangible measures to slow player turnover, which has long been a CFL problem ignored in collective bargaining.

The big question mark economically is how meaningful the revenue sharing formula will prove to be for the players, and whether they will truly be able to share in any league prosperity.

There is always much debate about the state of the business in Canadian football, but this deal suggests that not all is doom and gloom. Coming off two years in which the league suffered massive losses from a lost 2020 season due to the COVID-19 pandemic and significant ones off a reduced 14-game schedule in 2021, the CFL did not bargain like a league that was on its last legs.

It provided minimum annual increases to the salary cap that are double those prescribed in the last CBA. And the league signed a deal that provides far more than what’s been given in recent memory. All of which suggests there must be some optimism about what lies ahead, barely a year after the CFL parted ways with the idea of merging with the XFL.

So if there was so much ‘give’ from the owners side on this deal, what did they owners ‘get’ in return?

Essentially, besides the term of the deal, the league gained flexibility for its teams in how the league’s ratio of Canadians is applied. The CFL ratio is always the most hotly debated, misunderstood and controversial aspect of Canadian football – people tend to love it or hate it.

The league itself tends to love it … well, sort of.

There’s never been an intent to eliminate the league’s quota for 21 Canadian players on every roster, seven of whom have to be starters.

But reduce it? Sure, the league’s always been open to that and the players’ association has always opposed it.

The uncomfortable truth in all of this is reducing the ratio improves the quality of the game, and improving the quality of the game is something with which the league has become acutely concerned about of late. That’s not a knock on Canadians. It’s just a recognition that the numbers of players in the United States far, far, far outnumber those north of the border.

The sides came up with a solution that preserves the seven Canadian starters but provides for more flexibility for coaches to use American players than they would have been able to in the past. Specifically, veteran American players, those who’ve spent at least three years with their team or five in the league, will be allowed to play as Canadians in some circumstances.

That not only is going to put more of the best players on the field, it’s going to give additional value to American veterans, which slows roster turnover, another key issue this agreement effectively addresses.

Players have a strong incentive to re-sign with their teams, since that allows up to 50 per cent of the final years of their contracts to be guaranteed.

Overall, both the movement of players from team-to-team and out of the league should slow, which is a true win-win for players, fans and general managers.

It’s hard to imagine what the world of Canadian football will be like in 2029, when the new CBA expires.

No doubt much will have changed.

The league is marching into that future with a new collective bargaining agreement that addresses many longstanding issues in the CFL.

Who wins on the business side is hard to say, given all the uncertainties that lie ahead.

But right now all that matters to most is that collective bargaining has been put to bed and the CFL is finally ready to embark on a full season of football.