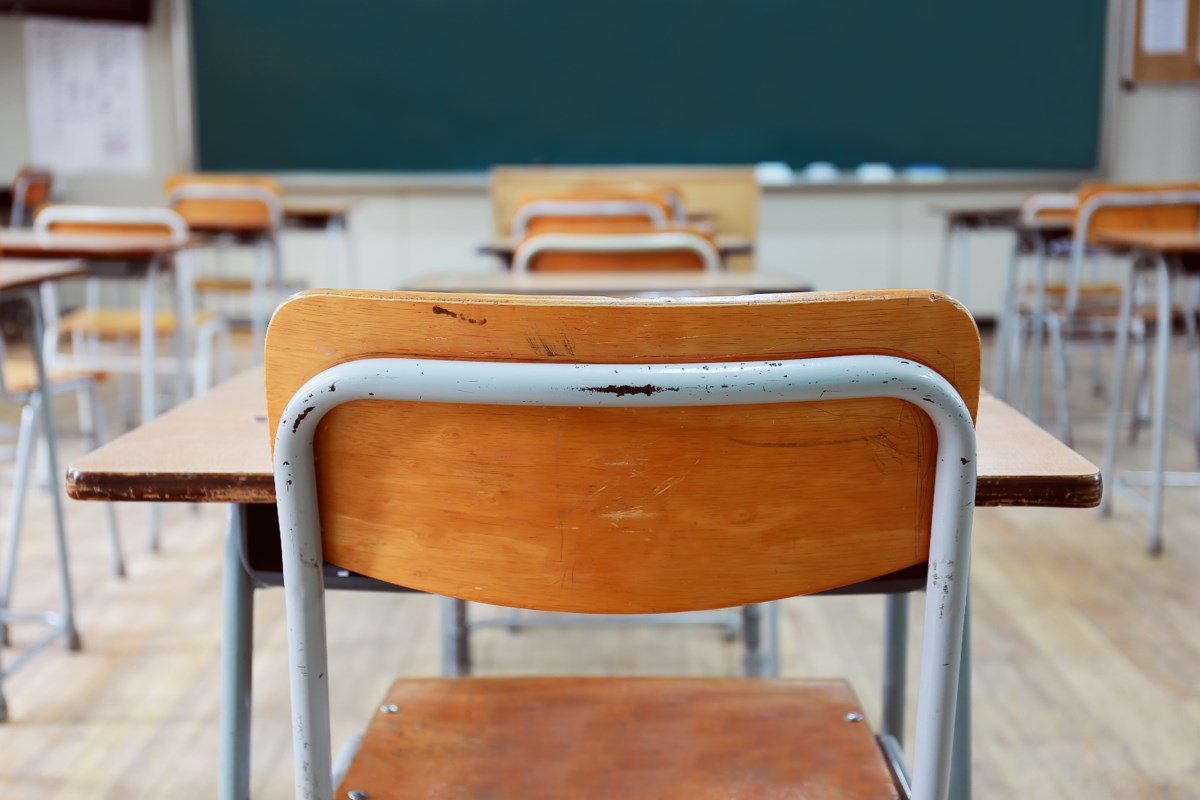 An alleged incident involving an Indigenous student refusing to stand for the national anthem at White Pines Collegiate and Vocational School has been made public by Kiiwetinoong MPP Sol Mamakwa on social media.

The Indigenous MPP took to Twitter on behalf of Grade 9 student Kelvin Boissoneau, who claims he was told by a teacher that he would “get his land back” if he stood for the national anthem:

Kelvin Boissoneau is a gr.9 student at White Pines School in Sault Ste. Marie. This video is from yesterday.

Kelvin told me his teacher told him standing for O’Canada will get his land back.

Also I asked him why he nodded in the video. His teacher asked him to stand up. pic.twitter.com/bae2c68T2O

“The student in the video did not reach out to staff at the school or board. We were made aware of the video by a third party,” said Joe Maurice, superintendent of well-being and Indigenous education for the school board, in a statement to SooToday. “After this was brought to our attention, school staff spoke with the student to better understand his concerns and elicit ideas on how we could work together. We do have some students in other schools in our district who are participating in similar protests.

“We remain committed to working with our students to support them in expressing their concerns and moving forward in a positive manner.”

Boissoneau has confirmed the story shared by Mamakwa during a brief conversation with SooToday Thursday. The White Pines student suggested that other Indigenous students at the school have also been upset by the incident.

The Honourable Siobhan Coady, Minister of Finance and Deputy Premier, will be available to discuss amendments to the Revenue Administration Act regarding sugar sweetened beverages prior to debate in the House of Assembly tomorrow (Tuesday, October 19) at 11:00 a.m. in the media centre, East Block, Confederation Building.

Media covering the announcement will have the opportunity to join in person in the media centre or by teleconference. Media planning to participate should register with Victoria Barbour (victoriabarbour@gov.nl.ca) by 9:00 a.m. tomorrow (Tuesday, October 19).

Prior to the announcement, a technical briefing for media will be provided at 10:00 a.m.

Media participating in the briefing will also have the opportunity to join in person in the media centre or by teleconference. Media who wish to participate in the technical briefing should RSVP Victoria Barbour (victoriabarbour@gov.nl.ca), who will provide the details and the required information.

Media must join the teleconference at 9:45 a.m. (NST) to be included on the call. For sound quality purposes, registered media are asked to use a land line if at all possible.

Thomas Knapp: Legacy social media: Free as in beer, not as in speech – Ontario Argus Observer

Thomas Knapp: Legacy social media: Free as in beer, not as in speech  Ontario Argus Observer

The Honourable John Haggie, Minister of Health and Community Services, will hold a media availability today (Monday, October 18) to announce initiatives to strengthen the health care system in Newfoundland and Labrador. The availability will take place in the Media Centre, East Block, Confederation Building, at 12:00 p.m.

Media covering the availability will have the opportunity to join in person in the media centre or by teleconference. To participate, please RSVP to Nancy Hollett (nancyhollett@gov.nl.ca) who will provide the details and the required information.