While there is no appointment necessary, you may be required to wait.

IH says these tests are reserved for high-risk individuals with COVID-19 symptoms. They have been available at community collection centres since the week of Dec. 27.

Those who are given a rapid test will take it home, follow the instructions which include obtaining a nasal swab sample, and the result will determine their next steps.

A negative result means COVID-19 was not detected but it is still possible to have the virus. Therefore those who take an antigen at-home test should self-isolate until their symptoms improve and they feel well enough to return to regular activities.

A list of community collection centres where rapid tests are available is online at interiorhealth.ca, under COVID-19 and testing.

The health authority is strained at testing sites. Although capacities have been increased, residents are reminded that testing is only available to those who are ill.

“If you don’t have symptoms, you don’t need a test, even if you are a close contact of someone who tested positive for COVID-19, you will not be given a test,” IH said.

This is part of updated guidance for when to get tests, as virus activity increases across B.C.

Testing is also not recommended if you are fully vaccinated (two doses), experiencing mild symptoms and can manage your illness at home.

“Self-isolate for seven days. Notify your close contacts so they can self-monitor for symptoms.”

A COVID-19 test is recommended if you are experiencing one or more of the following symptoms: fever or chills; cough; loss of sense of smell or taste; or difficulty breathing.

And if you have experienced one or more of the following symptoms for longer than 24 hours with no improvement: sore throat; loss of appetite; headache or body aches; extreme fatigue; nausea or vomiting; diarrhea.

If you feel unwell and are unsure about your symptoms, contact your health care provider or call 8-1-1. Or complete a self-assessment at https://bc.thrive.health/covid19/en.

Nova Scotia has reported that 68 people are in hospital because of COVID-19, including 10 in intensive care.

A news release from the province Sunday said the patients are receiving specialized care in a COVID-19 designated unit.

There are also two other groups currently in hospital related to the virus, according to the release.

The abbreviated release did not provide the number of COVID-19 admissions and discharges.

Less than than 10 per cent of Nova Scotians are unvaccinated, according to provincial statistics.

As of Friday’s update, unvaccinated Nova Scotians were about four times more likely to be hospitalized due to COVID-19 than someone with two doses of vaccine. That is based on average hospitalizations since the province started releasing the daily hospitalizations by vaccine status on Jan. 4.

Police responded to reports of a party at a Bayers Road residence shortly before 1 a.m. Sunday.

Tickets were issued to 11 occupants for failing to comply with provisions of the Health Protection Act.

The United Kingdom is drawing up plans under which people will not be legally bound to self-isolate after catching COVID-19, The Telegraph reported on Sunday.

The plans will be worked up over the coming weeks, with an announcement expected as early as the spring, the report said.

Johnson is also set to lift Plan B COVID-19 restrictions, introduced last month to slow the spread of the Omicron variant, according to an earlier Telegraph report.

(Reporting by Maria Ponnezhath in Bengaluru; Editing by Daniel Wallis)

Doctors and pharmacists continue to advocate for people to get the first available mRNA vaccine for their COVID-19 booster dose.

“We have had some feedback that appointments are being canceled because people are holding out for Pfizer,” says Dr. Joyce Lock, the medical officer of health for Southwestern Public Health (SWPH).

“I strongly strongly urge everyone, particularly those over the age of 50, to choose increased antibodies over brand,” she added.

Lock made those statements during her weekly briefing on Jan 12.

“Our immunity following our original two doses is decreasing over time,” says Lock. “Our bodies don’t care what brand they receive. They follow the science, not the manufacturer. Studies show that immunity shoots back up after the booster and it doesn’t matter which brand.”

This week, First Ave. Pharmacy in St. Thomas, Ont. took to Facebook saying it had openings due to people refusing Moderna as a booster dose.“We send out a mass email saying that there’s a shortage of Pfizer and we might have to offer them Moderna and some people would cancel their appointment online or they would call us and cancel their appointments,” says Minh Nguyen, pharmacist at First Ave. Pharmacy. “Both Moderna and Pfizer are mRNA vaccines and equally effective at preventing severe illness from COVID. So I would say get whatever mRNA vaccine you can.”

Sunday, the Metrolinx Go-VAXX bus returned to London, Ont. It was stationed in the parking lot at the new East Lions Community Centre on Brydges St.

They had some appointments booked, but we were even taking walk-ins with Pfizer being administered.

“I’ve had Pfizer for my first two shots and that’s what I preferred,” says Michael Sean MacVoy, a truck driver getting his booster. “At this point, I didn’t care.”

Diane Crozman was in the same scenario, getting Pfizer a third time. “It doesn’t really make a difference to me,” she said. “They said the Moderna is going to work the same, but Pfizer that’s good because I’ve already got the other two Pfizer.” 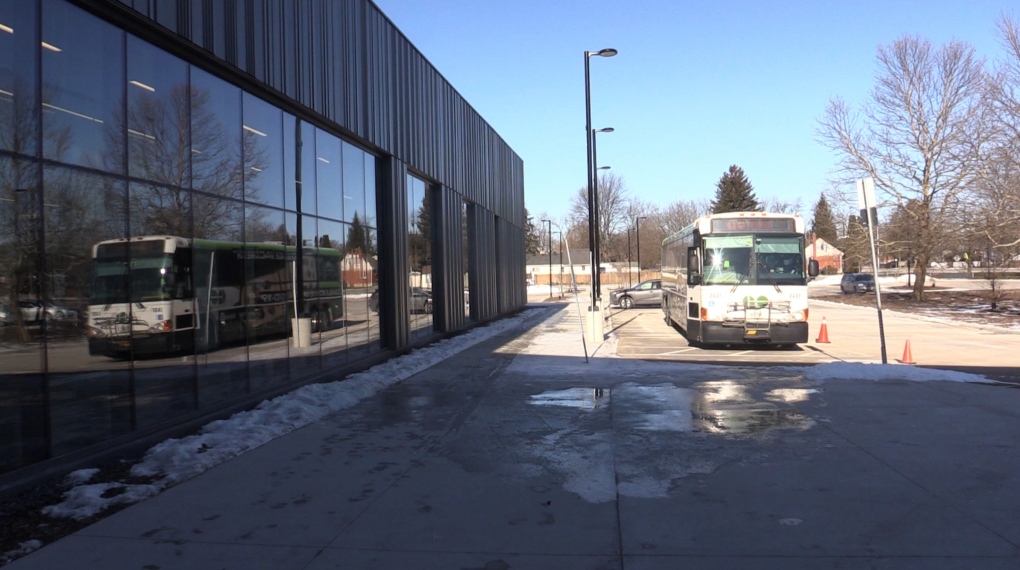 Justin Seaward showed up for a walk-in booster, minutes after his wife went home from her booked appointment.

“I’ve had Pfizer, Moderna, then Pfizer now,” says Seaward. “It didn’t really make a difference much to me. I just wanted to be Vaxxed so I can feel safer for my family.”The Middlesex-London Paramedic Service (MLPS) had administered 2,194 doses of vaccine over the past six days since starting pop-up clinics in Middlesex County.

The percentage of people upset that Moderna was being administered is very low.

“It has happened a few times at the front door, but very rare,” says Miranda Bothwell, acting superintendent for special operations with MLPS.

They will be back on the road, continuing their pop-up clinic tour Monday in Lucan, Ont.

Letters: Art in the time of COVID – Richmond News