Photo: The Canadian Press
A flare stack lights the sky along refinery row in Edmonton Alta.

A report by the International Energy Agency says the oil and gas industry needs to increase its efforts to address climate change.

The report says failure by the industry to respond to the growing calls to reduce greenhouse gas emissions could threaten its long-term social acceptability and profitability.

Some companies have taken steps to address climate change, but the report says the industry as a whole could do more.

It says 15 per cent of global energy-related greenhouse gas emissions come from getting oil and gas out of the ground and to consumers.

The report says a large part of these emissions can be brought down relatively quickly and easily.

The report was produced in co-operation with the World Economic Forum and will be presented at the organization’s annual meeting in Davos, Switzerland, on Tuesday.

British Airways and Asian budget carriers Lion Air and Seoul Air are suspending flights to China as fears spread about the outbreak of a new virus that has killed more than 130 people.

Several other airlines including Finnair, Hong Kong-based Cathay Pacific and Singapore-based Jetstar Asia are reducing the number of flights to the country as demand for travel drops because of the outbreak.

British Airways said Wednesday it is immediately suspending all flights to and from mainland China after the U.K. government warned against unnecessary travel to the country amid a virus outbreak.

The airline operates daily flights from London’s Heathrow Airport to Shanghai and Beijing. It took the measure a day after Britain’s Foreign Office updated its travel advice on China, warning against “all but essential travel” to the mainland, not including Hong Kong and Macao.

Air Canada said on Jan. 28 it was cancelling select flights to China to better match capacity with expected demand.

Air Seoul, a budget airline, became the first South Korean airline to suspend its fights to mainland Chinese destinations that wasn’t Wuhan, stopping its flights to the cities of Zhangjiajie and Linyi.

Lion Air said it has cancelled more than 50 flights to China well into February. The flights are from five international airports in Denpasar, Manado, Surabaya, Jakarta and Batam to 15 airports in China.

Lion Group spokesman Danang Mandala Prihantor said the suspension would be phased in gradually and would continue until further notice.

China has cut off access to Wuhan and 16 other cities to prevent people from leaving and spreading the virus further. The outbreak has infected more than 6,000 on the mainland and abroad.

Hong Kong airlines are cutting the number of their flights to the mainland by about half through the end of March in response to government virus-control efforts.

Helsinki, Finland-based Finnair, which has actively promoted its position linking Asian and Western destinations, said it was cancelling three weekly flights to Beijing Daxing International Airport through late March, as well as its twice-weekly flights to Nanjing. It will continue operating flights to four other mainland Chinese destinations, including Beijing Capital Airport.

Jetstar Asia said it will temporarily suspend flights to the Chinese cities of Hefei, Guiyang and Xuzhou starting Thursday through the end of March due to a drop in demand.

Korean Air, South Korea’s biggest airline, said it is also considering grounding some of its flights to mainland China as passenger demand drops. Korean Air had operated four flights a week to the Chinese city of Wuhan, the epicenter of the outbreak, before suspending them on Jan. 23.

Taiwan’s Eva Air announced a partial cancellation of flights to and from mainland China for two weeks starting Feb. 2. In addition, the airline also has stopped providing towels, magazines, table clothes, and is limiting blanket and pillow in flight.

— with a file from Reuters

As health concerns mount and waiver options grow some airlines are going a step further in their response to the virus outbreak in China. British Airways is taking the significant step of halting its flights to Shanghai and Beijing effective immediately. A formal announcement is expected early Wednesday in London.

Based on documents reviewed by PaxEx.Aero the carrier’s flights BA39 and BA169 on 28 January 2020 will be the last flights in for a month. The crew working those flights will return as passengers and all downline crew will also return on the BA38 and BA168 flights leaving China on 29 January.

The statement set by airline executives to crewmembers reads, in part:

The situation regarding the new coronavirus in China is constantly developing and tonight the UK Foreign & Commonwealth Office position has changed, advising against all but essential travel to China. As you would expect, this situation has been monitored constantly for the last week and updates have been provided for our colleagues on the One portal. A contingency group has met again tonight (Tuesday) to define a plan and there will be a further operational update early on Wednesday.

The safety of our colleagues remains our priority. The aircraft currently airborne to PVG and PKX will return with all crew currently downroute in these locations… For our Chinese crew based in PKX and PVG who are currently on trips in London, we are making arrangements to get you home.

The company also notes in the memo that it is monitoring other stations in the region but will continue to operate those routes for now.

Inventory on flights through 29 February appears to be zeroed out indicating that the carrier expects the cuts to last at least that long.

The news follows on United Airlines announcing earlier today that it will cull 24 flights to Shanghai, Beijing and Hong Kong in the coming week.

The British Airways news is far more significant given the depth and duration of the cuts. It surpasses the waivers that had been issued by many airlines and the move by the Chinese government to curtail all group travel packages out of the country. The cuts are likely to increase in the coming days as more countries issue similar statements advising against travel to the region.

TORONTO —
Time and money – along with stigma – are often cited as barriers to getting treatment for mental health. But, a program called BounceBack addresses all those concerns.

For 24-year old Shealyn Ivany, it turned out to be the only formal type of mental health treatment she needed after she graduated from the University of Toronto in 2017.

“A lot of my anxiety and depression was situational at that time, because of the uncertainty that I felt in my life and within myself.”

She had always been a high achiever in school but was unable to find a fulfilling job after university and fell into depression.

A solo trip to Banff, Alta. gave her time for introspection and confidence that she could succeed with some help.

Her physician referred her to BounceBack, a phone-based service for anyone above the age of 15.

BounceBack helps people with mild to moderate anxiety or depression, or even those having difficulty with stress. Clients can be referred by a doctor or be self-referred. The program began in British Columbia and was brought to Ontario five years ago. 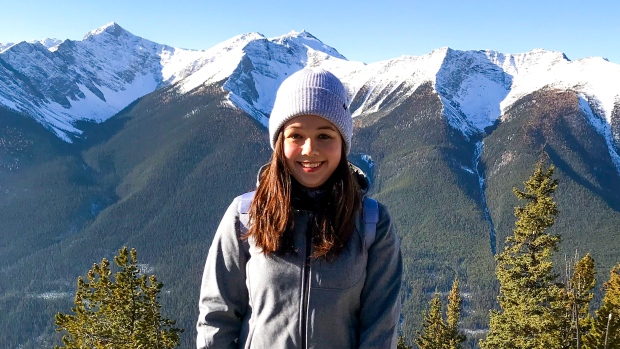 Rebecca Shields, CEO of the Canadian Mental Health Association (CMHA) in York Region said “this is a program that they can access over the phone and they get connected to a coach who can help them work through an individualized program.”

Clients call in and set up an appointment to talk with their own personal “coach,” who will teach them CBT – Cognitive Behavioural Therapy.

CBT is a method of modifying one’s thinking and behaviour to reduce anxiety. To attend an in-person session on this method can cost hundreds or even thousands of dollars, which is money Ivany didn’t have as a newly graduated student. Furthermore, she was concerned about the amount of time and travel that might be involved in seeking treatment.

BounceBack is free – managed by the CMHA. Coaches are available between 8 a.m. and 8 p.m. on weekdays and between 9 a.m. and 1 p.m. on weekends. As well, since it is done over the phone, it’s discreet and there’s no travel time involved.

Clients are given a series of workbooks, chosen specifically to address their own individual problems, such as difficulty sleeping or being assertive. 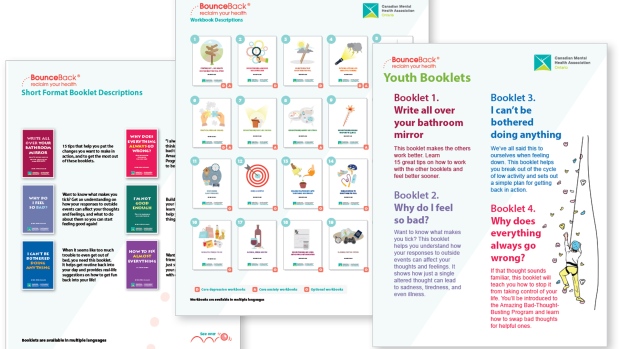 “I like to think of it as guided self-help” Ivany said. “So you check in with your BounceBack coach every month but for the majority of the time it’s just you with these worksbooks that address areas you want to work on.”

She spent five months doing the BounceBack program and says she’s doing fine now. She writes and speaks about mental health to groups and she’s started her own website – livingembrace.ca – to give hope to others.

As she contemplates the importance of Bell Let’s Talk Day, she says “I love how these initiatives bring attention to the topic in such a widespread way on days like Bell Let’s Talk Day but for me, I really believe this is something we need to talk about every other day of the year as well.”