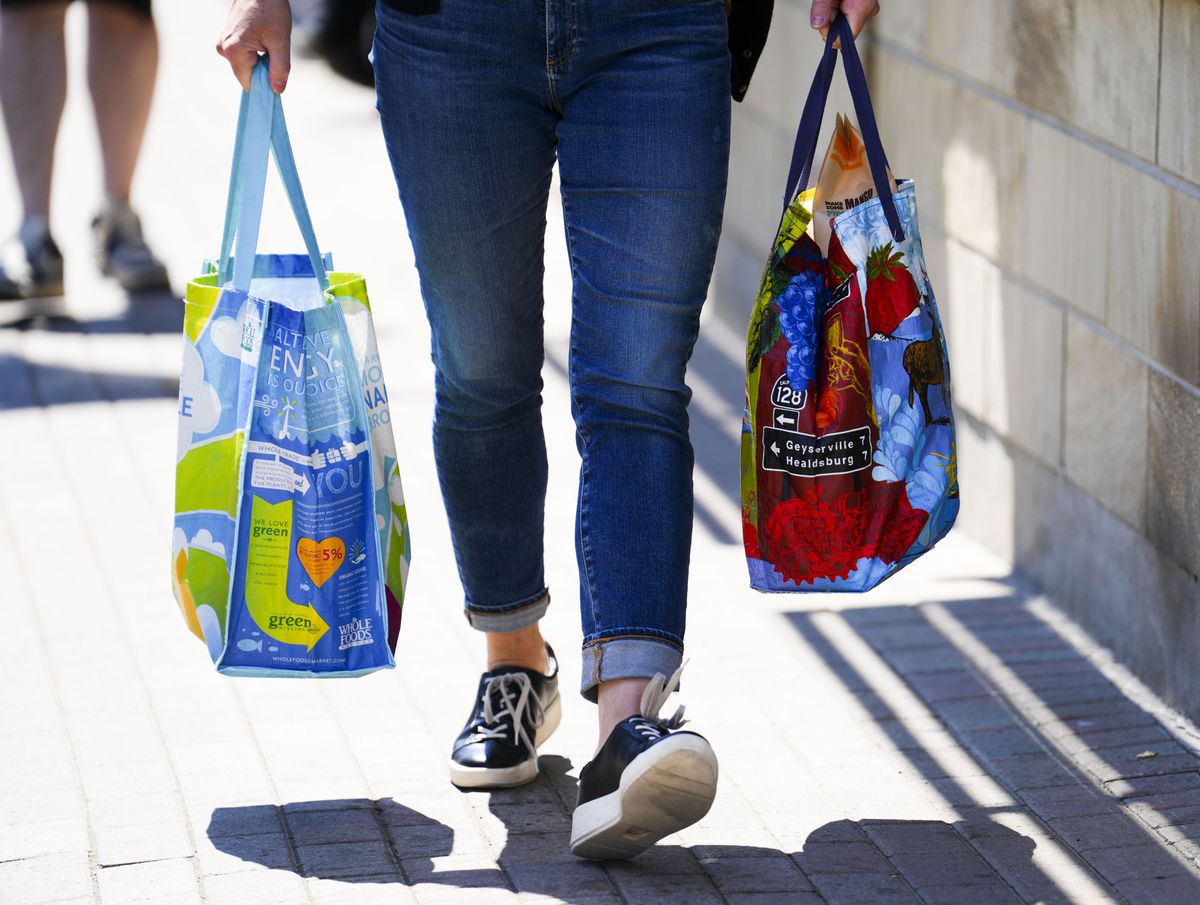 Canada’s economy slowed unexpectedly in May, according to preliminary data from Statistics Canada, but economists don’t expect this to deter the Bank of Canada from pushing ahead with an oversized interest rate hike in July to try to tame inflation.

Data published by Statscan on Thursday estimate Canada’s gross domestic product fell 0.2 per cent month over month in May, with output declines in mining, energy, manufacturing and construction sectors. That follows a solid 0.3-per-cent GDP gain in April. The preliminary May estimate will be finalized next month.

“The projected decline in May is both surprising and concerning,” wrote Andrew Kelvin, the chief Canada strategist at TD Securities, in a note to clients. “Q2 growth is still on solid footing overall, but if the slowdown in May lingers into June it will raise fears that the economy is slowing sooner than anticipated.”

Despite the drop, most Bay Street economists expect the central bank to proceed with a 0.75-percentage-point interest rate hike on July 13. Inflation hit a 39-year high of 7.7 per cent in May, and the bank has said it is prepared to act aggressively to bring it back down, even if that means significantly tamping down economic growth. Higher interest rates are designed to cool demand to bring it back in line with the economy’s supply capacity.

“Despite the surprise decline in May’s advance GDP the economy is still running firmly above long-run capacity limits, evident by decade-low unemployment rates. And inflation remains uncomfortably high at levels well above central bank’s target,” wrote Claire Fan, an economist with Royal Bank of Canada, in a note to clients.

The economy grew at a respectable clip in April, led by a 3.3-per-cent surge in mining and oil and gas output. Oil sands extraction grew 5.6 per cent that month, the largest monthly increase since September, 2020.

High-contact services also continued to gain ground with the lifting of pandemic restrictions. Air transportation jumped 20 per cent in April, while the accommodation and food services sector expanded 4.6 per cent. Arts, entertainment and recreation activity increased 7 per cent, with an assist from sports fans.

“The Toronto Raptors qualified for the NBA playoffs this year, playing late into April in their home arena in front of full crowds for the first time since winning a championship in 2019. Additionally, a number of minor hockey leagues extended their seasons into April to complete postponed games due to lockdown-related restrictions earlier in the year,” Statscan noted.

At the same time, higher borrowing costs are rapidly becoming a drag on the housing market. Real estate activity contracted 0.8 per cent in April, the largest monthly decline in two years. Activity at the offices of real estate agents and brokers fell 15 per cent that month. This followed Bank of Canada interest-rate hikes in March and April, as well as a sharp repricing in bond markets, which has pushed mortgage rates higher in recent months.

The preliminary data for May shows a retrenchment in energy, mining and manufacturing activity. Stephen Brown, the senior Canada economist with Capital Economics, suggested this dip may be short-lived.

“Amid elevated commodity prices and cuts to supply elsewhere, we would be surprised if activity in the mining, oil and gas sector failed to bounce back in June. Likewise, as there are now signs that global product shortages are easing, manufacturing activity should also rebound over the coming months,” he wrote in a note to clients.

Thursday’s data put the Canadian economy on track to grow about 4 per cent on an annualized basis in the second quarter. That’s below the central bank’s most recent estimate but above many other advanced economies, which are feeling the pinch of higher commodity prices and supply chain disruptions caused by the war in Ukraine more acutely. 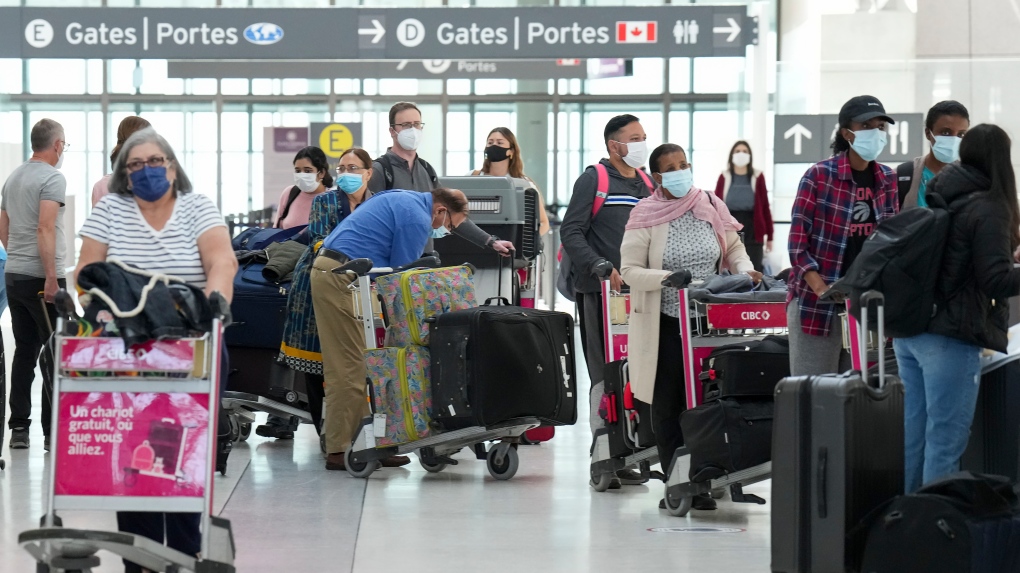 On Wednesday night, Air Canada said it would be making adjustments to flights over the next two months in order to address “customer service shortfalls.” And on Thursday, WestJet reaffirmed its taking a “very measured” strategy in order to maintain services this summer.

Here’s what the two airlines have announced.

Air Canada sent an email to customers on Wednesday night announcing a reduction in flights the airline will be offering in July and August.

In an emailed statement to CTV News Channel, an Air Canada spokesperson said the company will be reducing its schedule by an average of 154 flights per day for July and August. Before this, Air Canada said it was operating around 1,000 flights per day.

The company said the routes most affected are flights to and from hubs in Toronto and Montreal. Air Canada will be reducing the frequency of these flights over the summer, primarily affecting evening and late-night flights on the airline’s smaller aircraft.

Air Canada is also suspending three routes this summer. The spokesperson said the airline will temporarily suspend routes between Montreal and Pittsburgh, Baltimore and Kelowna, and Toronto and Fort McMurray.

International flights will remain mostly unaffected, except for timing changes that the spokesperson said would reduce flying at peak times and improve the flow of passengers to these destinations.

While Air Canada President Michael Rousseau acknowledged in the email to customers this will have a “negative impact” on some passengers, he said he hopes giving this notice will allow travellers to make other arrangements for their summer travel plans.

In a statement posted on its website on Thursday, WestJet said it would also be operating fewer flights in order to ensure the company “can deliver a stable operation.”

The statement from the airline also says the company is conducting “extensive planning” to ensure its flights are “all flying in peak performance.”

What questions do you have about travel rules amid COVID-19?

CTVNews.ca wants to hear from Canadians with any questions.

Tell us what you’d like to know when it comes to rules around entering or leaving Canada.

To submit your question, email us at dotcom@bellmedia.ca with your name, location and question. Your comments may be used in a CTVNews.ca story. 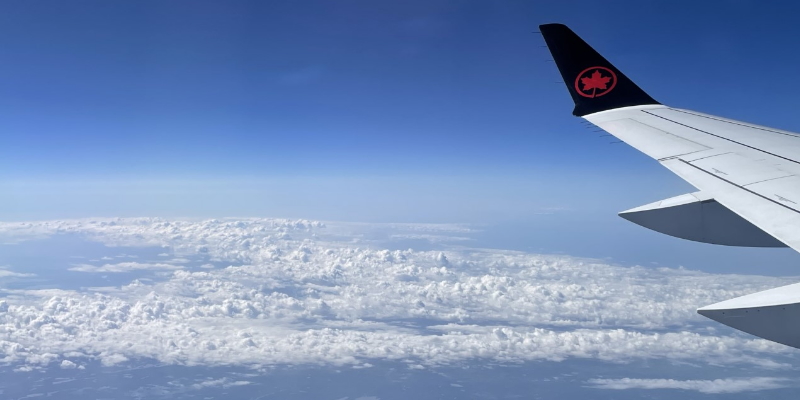 Air Canada is cutting schedules through July and August in order to reduce passenger volume in light of a series of flight delays, cancellations and general chaos in the airline industry.

Reports indicate that more than half of flights at some Canadian airports have been cancelled or delayed. While the phenomenon is being experienced throughout North America, some of the worse scenarios have played out at Toronto Pearson. The situation is so bad, federal Transport Minister Omar Alghabra has called the baggage chaos experienced at Canada’s busiest airport “unacceptable.”

President and Chief Executive Officer of Air Canada, Michael Rousseau says the surge in travel has created unprecedented and unforeseen strains on all aspects of the global aviation system.

Recurring flight delays are being experienced around the world, says Rousseau, resulting in airport congestion and a “complex array” of persistent factors affecting airlines and their partners. Rousseau says the result has been flight cancellations and customer service shortfalls for which they “sincerely apologize.”

He says the schedule reductions through the busy summer months are intended to help reduce traffic volumes even though they will result in further flight cancellations affecting travellers.