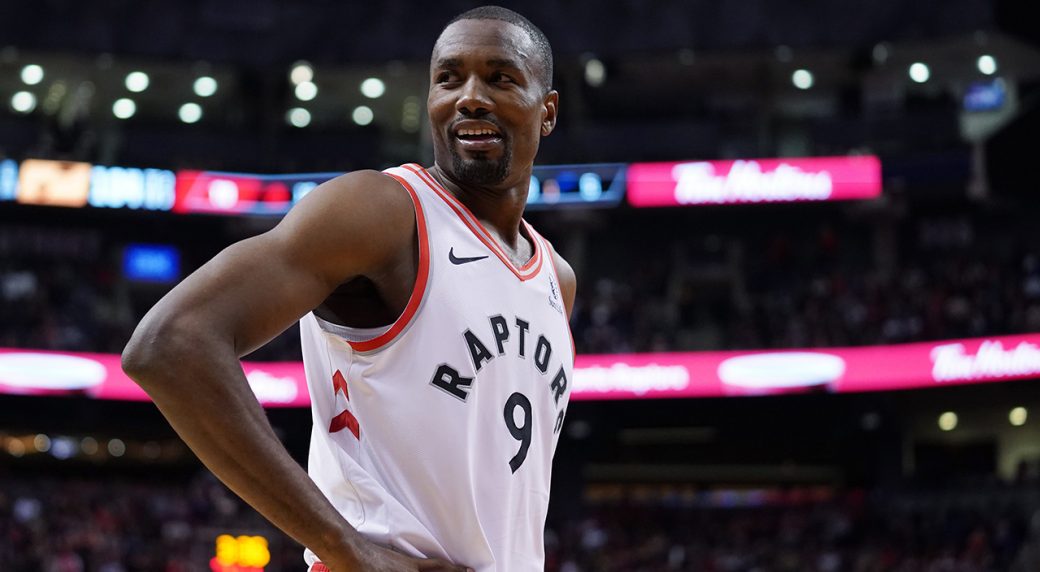 Free agent big man Serge Ibaka has agreed to a deal with the Los Angeles Clippers, according to The Athletic‘s Shams Charania.

Per Adrian Wojnarowski of ESPN, the deal is worth $19 million over two years, with the second-year including a player option.

The Clippers had the full midlevel exception available to them this off-season, worth $9.2 million, and used that to bring Ibaka on board. The Brooklyn Nets, who were one of the teams competing for Ibaka’s services, only had a smaller version of the same exception to offer, known as the taxpayer MLE (worth $5.7 million). The Toronto Raptors, also vying to retain the big man, could have offered more than either of those clubs, but likely were restricting their proposal to one year in order to keep salary cap flexibility open for the 2021 off-season.

Whether or not the one-year aspect played into Ibaka’s final decision (perhaps less so, since he will be able to leave Los Angeles should he desire after one season thanks to the player option in his new deal), the 31-year-old will at least find himself in a similar competitive situation, with the Clippers still considered an early title contender.

Perhaps having had the most succesful season of his career in 2019-20, Ibaka was at his best anchoring second units for the Raptors while occasionally starting. He can roll to the rim with anyone when given a head of steam, and his ability to stretch the floor makes the threat of a pick-and-pop considerable. He’s not necessarily a great one-on-one defender and isn’t as mobile as he once was, but his help-side defence remains an impressive element of his game.

Los Angeles, who just recently lost reigning Sixth Man of the Year Montrezl Harrell to the rival Los Angeles Lakers, have now shored up one of the weak points of their roster, with Ivica Zubac and Patrick Patterson having been the primary rotation bigs prior to Ibaka’s signing.

The Raptors, who are now significantly light in their front court, will shift to trying to convince Marc Gasol, their other free agent big man, to return.

Wojnarowski reported early Sunday morning that the Raptors and Golden State Warriors were both in contract discussions with Gasol.

The Richmond Spiders and Kentucky Wildcats meet Sunday in college basketball action at the Rupp Arena.

Both of these teams had their way with Morehead State in their openers, but it was Kentucky that had more success on the defensive side and allowed nothing from beyond the arc. Richmond is not a pushover, but I question the depth to be able to hang with this Kentucky team for 40 minutes. The Kentucky Wildcats will have a run in the second half to pull away in this contest. I’ll lay the reasonable chalk with Kentucky. 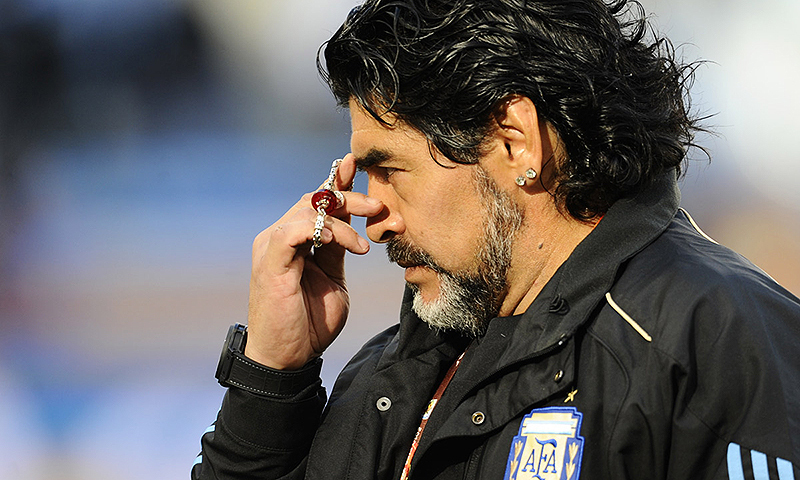 Argentine justice officials are investigating the death of soccer star Diego Maradona and ordered the search of properties of his personal doctor on Sunday, a local prosecutor’s office said.

Maradona died at age 60 of a heart attack on Wednesday. The search order was requested by prosecutors in the affluent Buenos Aires suburb San Isidro and signed by a local judge, according to a statement issued by the prosecutor’s office.

The prosecutor’s office provided no information on what prompted the investigation.

Maradona’s lawyer, Matias Moria, on Thursday said he would ask for a full investigation of the circumstances of the soccer legend’s death, criticising what he said was a slow response by emergency service.

Patrick Mahomes and Tyreek Hill have been one of the more dominant quarterback-receiver duo in the NFL the past few years and the Tampa Bay Buccaneers were reminded of that in Week 12.

At one point in the game, Hill and Mahomes had connected on seven receptions for 203 yards and two touchdowns — all in the first quarter. That’s only happened three times in the last 30 seasons.

It’s safe to say Hill has cemented his reputation as one of the fastest wideouts in the NFL with 14 touchdowns of 50-plus yards since he entered the league in 2016 — the most by any receiver in that time.

Unfortunately for Tom Brady, this is the second time he’s watched Mahomes air out a 75-yard touchdown on the sidelines. Brady himself had two interceptions, increasing his total to 11 on the season to match his total from 2018.

The Buccaneers did make it interesting as they eventually got to within three points of the Chiefs, but it was Mahomes who came out victorious with 462 passing yards — the second-most of his career.

No team in the NFL has felt the impact of COVID-19 like the Denver Broncos did on Sunday against the New Orleans Saints.

Without a starting quarterback, the Broncos had to turn to practice roster receiver Kendall Hinton, who hasn’t played the position since 2018. Unfortunately for Hinton, he only completed one pass for 13 yards and had two interceptions.

Denver went the entire first half without completing a pass, something the team has saw once before when Tim Tebow did the same back in 2011. Fortunately for the Broncos, they did manage to score three points, which was the same total Brady and the Bucs had back in Week 9.

The Broncos also became the first team since the 1998 San Diego Chargers to complete just one pass for 15 or fewer yards. Back in Week 3 of the ’98 season, quarterback Ryan Leaf went 1-of-15 for four yards and two interceptions against the Chiefs.

Going up against one of the top run defences in the NFL, Derrick Henry showed the Indianapolis Colts why he is their kryptonite.

The Colts have only allowed a player to rush for 100 or more yards twice this season — it was Henry both times. This time around, he finished the game with 27 carries for 178 yards and three touchdowns

Henry now sits ahead of Dalvin Cook as the NFL’s rushing leader, and has been instrumental in the Titans’ success as of late. It shouldn’t be surprising that teammate A.J. Brown called for Henry to be put in the MVP conversation.

While the Carolina Panthers lost in heartbreaking fashion to the Minnesota Vikings, Jeremy Chinn had a day to remember.

The rookie safety had a career-high 13 tackles and two fumble recoveries for touchdowns on consecutive plays. It was a first in the Super Bowl era, and he was the fastest player to do so as the plays came within 10 seconds of game time.

For the Vikings, the victory almost got away from them when Chad Beebe muffed a punt at the Minnesota 14-yard line. Fortunately for Beebe, his defence bailed him out as they held Carolina to a field goal, and the Vikings marched down the field to score with the receiver hauling in a 10-yard touchdown.

There was a lot of movement in the NFL standings in Week 12, highlighted by the Titans regaining the AFC South and the New York Giants moving into top spot in the NFC East.

With the NFL extending the playoff format, more teams have a chance to earn a post-season berth, which means the next few weeks will be crucial for any team on the bubble.

The Baltimore Ravens’ game against the Pittsburgh Steelers on Tuesday is a crucial one considering the Ravens (6-4) sit on the outside looking in as the eighth seed in the AFC. The Colts’ loss to the Titans opens up a chance for the Ravens (6-4) to jump back into the playoff picture as they have the tiebreaker.

Sitting behind them are the Las Vegas Raiders (6-5) who suffered a tough loss to the Atlanta Falcons while the New England Patriots (5-6) kept themselves in the conversation with a win over the Arizona Cardinals.

In the NFC, there will likely be some movement depending on what happens on Monday night between the Philadelphia Eagles and Seattle Seahawks.

The Eagles can reclaim the lead in the division with a win. With Daniel Jones expected to miss time with a hamstring injury, Philadelphia could be in a race with just the Washington Football Team from now until the end of the season, which is what we all expected ahead of the campaign.

The Chicago Bears missed a big opportunity to move past the Cardinals with their loss to the Green Bay Packers but still have a chance to get back into a playoff spot. Chicago owns the tiebreaker over Arizona as they have one more conference win but need to beat the Detroit Lions in Week 13 and for the Cardinals to lose against the Los Angeles Rams to move into the seventh seed in the NFC.

Both the Vikings and San Francisco 49ers earned big wins to stay in the playoff hunt, but face a tough road if they expect to leapfrog the Bears and Cardinals.