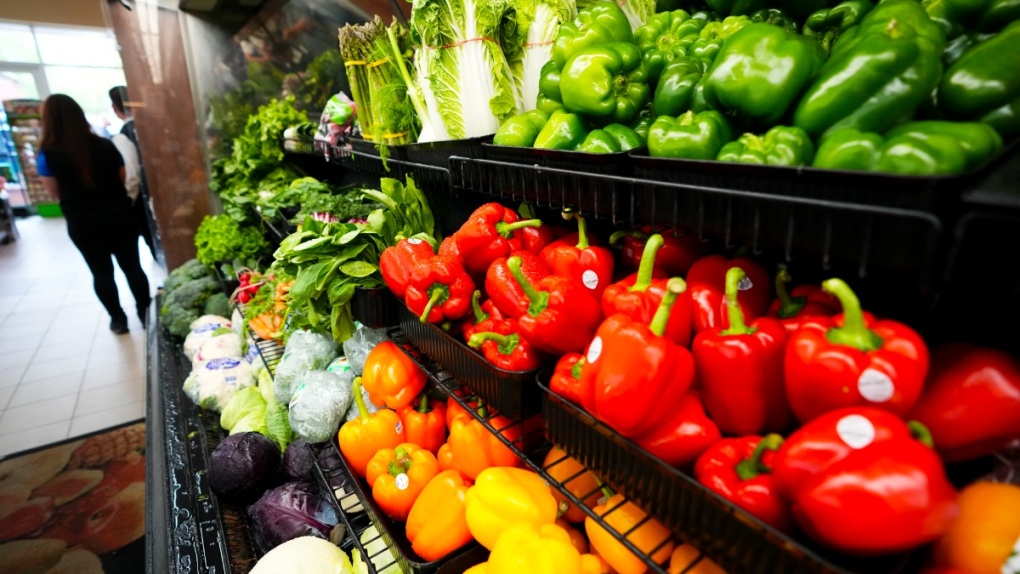 Shoplifting has surged to an alarming level across Canada, industry insiders say, with inflation and labour shortages cited as major factors behind the increase.

The uptick has triggered concern among Canadian grocers even as the rise in food prices helps pad their bottom lines. Grocery prices were up 11 per cent year-over-year in October and they’re not expected to ease any time soon. The total cost of groceries for a family of four is expected to be $1,065 more than it was this year, according to the most recent edition of Canada’s Food Price Report.

Inflation in food prices is one of the main drivers pushing more people to steal, says Sylvain Charlebois, senior director of the Agri-Food Analytics Lab at Dalhousie University in Halifax.

“There is a correlation between the two, absolutely. Theft is an ongoing issue. But the intensity actually does increase when food prices go up,” he said, noting that meat and dairy products are the top two stolen items.

He warned the problem may grow if the economy slows down next year as some economists suggest.

“If you see both food prices go up and … the economy slows down, jointly that is when you basically see even more stuff.”

Charlebois said inflation and grocery theft are affecting one another, meaning when prices go up, shoplifting surges, and to offset the loss, businesses have no other option but to further increase the prices.

“Theft will cost everyone more because someone has to pay for that (stolen) food,” he said. “You and I pay for theft.”

“Retail crime, including theft and arson, is sadly higher than it historically has been at Walmart Canada and across the entire retail industry,” she said.

“This is very concerning for our business, our associates, our customers and the industry.”

Fefer said the company is implementing measures to prevent and reduce theft in order to keep prices low and keep its employees and customers safe.

Metro and Loblaw both declined to comment on the matter, referring The Canadian Press to the Retail Council of Canada. Sobeys did not respond to a request for comment.

Labour shortages are also contributing to the surge in shoplifting, said Dan Kelly, the president of the Canadian Federation of Independent Business.

“There is great concern among Canadian businesses right now about crime, and crime in Canadian workplaces,” he said. “Shoplifting is definitely being felt more, especially as we’ve come out of lockdown and restrictions.”

Kelly said some grocers are struggling to recruit new staff, and when businesses don’t have enough employees to perform physical monitoring, they could be in a vulnerable position.

“If you have fewer people on the storefront, if you know if you have one person deep in the business at the back cash desk,” he said, “it does lead to the business being a bit of a robbery target.

“Fewer people on the floor … makes shoplifters feel a little less intimidated to go in and take something,” he said, adding that employees and customers alike feel more “intimidated and nervous” walking into the stores.

As a result, more retail stores, even smaller ones, are hiring security guards including off-duty police officers. They are also taking other steps such as retrofitting to make sure they have clearer sightlines within the business, using more electronic monitoring technology, and limiting the number of people in the store so they can provide one-to-one service.

As customers who shopped more online during the pandemic return to stores, an uptick in retail crime has been seen across Canada, says Michelle Wasylyshen, a spokesperson for Retail Council of Canada.

She pointed to the economic downturn, a growing resale market for stolen goods and an increase in organized crime as other factors behind the surge.

While it is difficult to know the exact impact of theft on local businesses because much of crime goes unreported, the council’s estimates suggest retail crime cost $5 billion in losses in 2019 in Canada.

Wasylyshen said the council isn’t collecting data on whether there is any connection between inflation and shoplifting, but “theft tends to spike during economic downturns.”

“We also know that break-ins, armed robberies, and physical and especially violent incidents are higher than they have been in previous years,” she said.

Greeting customers as they enter to acknowledge their presence and keeping surplus inventory off the store floor could be effective loss prevention strategies for stores, Wasylyshen said.

‘Justinflation’ or ‘greedflation’? A look at why food prices are soaring in Canada

Panama to shut down First Quantum’s giant copper mine