My how times have changed.

When the Xbox One and PS4 were first announced, Microsoft made one unforced error after another, tripping all over themselves in an effort to position the Xbox One as more than just a gaming console—it was a console that hooked up to your cable box and was online-only and put the kibosh on used games and was built with the lackluster motion-based Kinect system as a fundamental part of the Xbox equation.

People hated everything about it, and it took years for the brand to recover. Meanwhile, Sony laughed all the way to the bank, taking advantage of every mistake Microsoft made, every Xbox bungle, to position the PS4 as the gamer’s console—the best place to play.

Fast forward to 2021 and Microsoft’s message and approach to Xbox gaming hasn’t just evolved, it’s undergone a radical transformation. While Sony continues to rely on big, marquee titles like Ratchet & Clank: Rift Apart and other PlayStation exclusives—while increasingly supporting more censorious policies—Microsoft’s focus has been on expanding the very definition of Xbox gaming itself.

While the Xbox Series X is a great video game console, what makes Microsoft’s system special isn’t the box—it’s Xbox Game Pass. I discussed this previously when I wrote about 2021’s excellent slate of Xbox Game Pass titles. Now, Xbox Game Pass is getting even better.

During this year’s all-virtual Gamescom, Microsoft announced that Xbox Cloud Gaming is coming to Xbox Series X and Xbox One. Over 100 titles will be available to play this year without having to download any of them. Simply browse to the game on your Xbox and click play and you’re off to the races. All of this is included in the price of your Xbox Game Pass Ultimate subscription.

This means you can avoid installing dozens of titles, save storage space and internet bandwidth, not have to deal with game updates and other conveniences—though games will be limited to 1080p / 60fps for the time being.

Sony has nothing even close to this for the PlayStation 5. Sure, there’s PlayStation Now and PS Plus but Microsoft combines a robust Game Pass catalog of downloadable titles with Xbox Cloud Gaming for something that brings real, tangible value to the Xbox platform.

Better yet, if you only have an Xbox One, you’ll be able to play some Xbox Series X titles via the cloud in the future. Games like The Medium and Microsoft Flight Simulator will be playable on Xbox One via the cloud for Game Pass Ultimate subscribers making it a lot less crucial to even pick up an Xbox Series X.

All of this throws a pretty major twist into the console wars and, in some ways, really does leave the PlayStation 5 in the Xbox’s dust, clinging to a strategy that may produce a few great games, but makes those games less accessible to the majority of gamers. 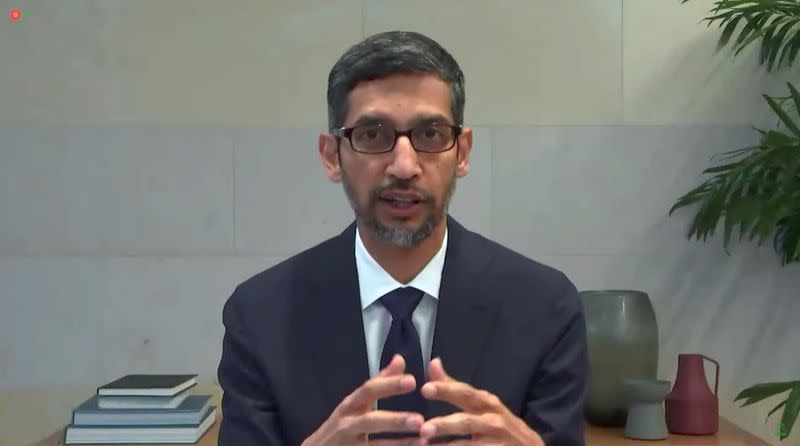