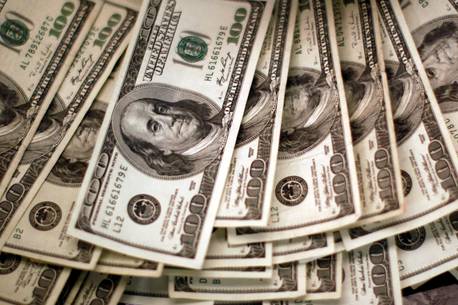 The dollar fell on Friday after U.S. nonfarm payrolls data showed hiring increased in May as the pandemic eased, but not as much as expected, tempering expectations the Federal Reserve will tighten monetary policy sooner, rather than later.

Nonfarm payrolls increased by a solid 559,000 jobs last month, helped by higher COVID-19 vaccination rates, but that was below the consensus forecast for 650,000 jobs added in May.

“This payroll number was a little disappointing,” said Edward Moya, a senior market analyst at OANDA.

The softer-than-expected report means there is no urgency for the Fed to begin tapering its monthly purchase of $120 billion in bonds to support the economy, he said.

“Bad news about the economy is good news for an ultra-accommodative Fed, which is going to keep the dollar on the ropes,” Moya said.

Despite May’s gain, nonfarm payrolls remained 5%, or 7.6 million jobs, below their pre-crisis level, Jocelyn Paquet, an economist at the National Bank of Canada, said in a client note.

“There is, therefore, still a long way to go for the labor market,” she said.

Foreign exchange strategists in a Reuters poll were almost evenly split on the dollar’s near-term direction following two months of broad weakness, as they await clearer signs from policymakers.

“The dollar has some negative momentum here now going into next week, so I wouldn’t be surprised if some of this price action spills into Asia trading Sunday night,” said Erik Bregar, director and head of FX strategy at the Exchange Bank of Canada.

The dollar had rallied on Thursday, notching up its biggest daily gain in a month, after weekly U.S. jobless claims fell below 400,000 for the first time since the pandemic started more than a year ago and private payrolls increased by significantly more than expected.

China’s yuan softened past the 6.40 level, having shrunk away from its three-year highs when China’s central bank moved to limit the currency’s gains earlier this week.

U.S. President Joe Biden signed an executive order on Thursday that bans U.S. entities from investing in dozens of Chinese companies with alleged ties to defense or surveillance technology sectors, a move his administration says expands the scope of a legally flawed Trump-era order.

Cryptocurrencies fell after a tweet from Tesla boss Elon Musk appeared to lament a breakup with bitcoin.