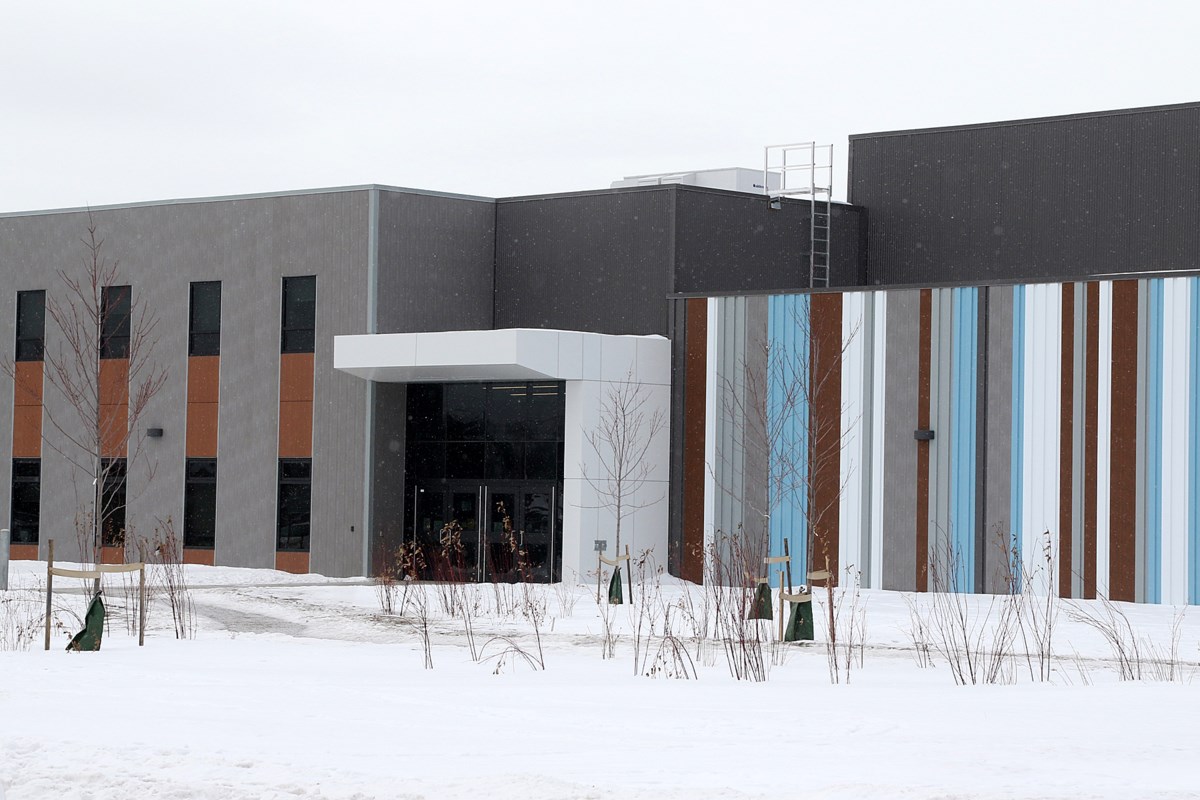 Two individuals have tested positive at the facility, the Thunder Bay District Health Unit reported in a statement.

The second case was deemed to have been acquired at the centre, prompting an outbreak declaration according to provincial guidelines.

The centre is not required to close, the health unit noted.

“Only those identified as having had close contact with the case will be excluded from attending,” its statement read. “In collaboration with the Schoolhouse Playcare Centre (Ecole Elsie MacGill) TBDHU will continue to monitor and assess the situation until the full risk period has passed.”

As a youngster growing up on a farm near Canora, Tim Haltigin, son of Linda Osachoff, had plenty of opportunities to look up in amazement at the seemingly endless prairie sky.

Haltigin later pursued his interest in science and is now the Senior Mission Scientist in Planetary Exploration at the Canadian Space Agency headquarters in Saint Hubert, Quebec, near Montreal.

He said he has been working on planning the Mars 2020 mission since 2014, leading the team in charge of designing the science program to bring back samples from Mars. The first step was the February 18 landing of the rover Perseverance.

“Lots of things went through my mind when the landing was successful,” said Haltigin, “including excitement, elation, relief, along with the realization that we have a lot of work ahead of us, and that work has just started.”

The Perseverance was launched in July 2020, and flew almost 500 million km (over 300 million miles) to reach Mars. Haltigin said the successful landing was a huge relief because so many different things could have gone wrong during the entry, the descent and the actual landing.

“Probably the riskiest aspect was slowing it down from 20,000 km/h to two km/h in seven minutes,” marveled Haltigin. “The craft entered the Martian atmosphere, slowed down, then the parachute slowed it down even more. It hovered about 20 m above Mars, lowered the rover on a tether and settled it on its wheels.”

The landing on Mars is only the first step in an interplanetary relay to identify and bring samples back to Earth for further, more detailed analysis. They have many different instruments to analyze the rocks on earth, instead of just the basic tools available with the mission on Mars.

“The samples will be collected by another spacecraft and returned to earth,” explained Haltigin. “I like to refer to this type of a mission as a gift that keeps on giving. For instance, scientists are still making discoveries from samples taken from the moon during Apollo missions that took place about 50 years ago.

“This mission has the potential to extend our science team to every scientist on earth for years to come. As time goes on, they’re basically learning what questions to ask.”

Following this mission, a smaller “fetch rover” rocket will launch the samples from Mars, but it’s not powerful enough to get them home to Earth. A following mission will be responsible for catching the sample rocket and bringing it back home for further analysis. If all goes according to plan, Haltigin expects the samples gathered by Perseverance to be back on Earth sometime in 2031.

“It’s exciting to think about this mission and what it means for the future,” detailed Haltigin. “We are potentially going to be answering some of the most fundamental questions in science regarding the origins of life. About four billion years ago there was a standing lake in the crater around the Perseverance landing site, over time it eventually turned to rock. Life leaves different kinds of clues in rocks. By bringing back and analyzing those rocks we could potentially find signs of life on another planet.”

“These samples could be paving the careers for generations of future scientists over the long term, including Canadians. By making samples available around the world, people that haven’t been born yet could be making major discoveries.”

A high priority has been place on planetary exploration in recent years, and now scientists have the equipment available to do it. As an added bonus, Haltigin said the planets have lined up perfectly for exploration.

Haltigin has fond memories of growing up on the family farm outside Canora, and recognizes that it definitely had an effect on his future career choice.

“Absolutely. I would go outside at night and look up at the blanket of stars and wonder how we could explore it. And now, all these years later, we’re actually exploring one of those dots. It’s incredible.”

Haltigin continues to enjoy his chosen career. He encourages any Canora and area students who read his story and are interested in the Mars mission, and space exploration in general, to explore those interests further.

Most animals can’t lose their bodies and still survive. Two species of sacoglossan sea slugs aren’t most animals. A team of researchers observed sea slugs that severed their own heads and then regrew their bodies complete with hearts and other internal organs. The action of shedding a body part is called autotomy. It’s what lizards do when they lose a tail for self-preservation.

Dropping an entire body is much more dramatic than losing a tail. “We thought that it would die soon without a heart and other important organs, but we were surprised again to find that it regenerated the whole body,” Sayaka Mitoh of Nara Women’s University in Japan said in a Cell Press statement Monday. Mitoh is lead author of a study on the sea slugs published in the Cell Press journal Current Biology.

The regenerating sea slugs were younger individuals. It took about a week to regrow the heart and they had completely regenerated their bodies within three weeks. The researchers suggest there may be “stem-like cells” where the neck severs that allow for the regrowth.

The younger sea slug heads were able to move and feed on algae shortly after separation, which seems to have been the key to their survival. Older slug heads didn’t feed.

The unusual animals take a cue from plants. “The sea slugs in question already were unique in that they incorporate chloroplasts from algae they eat into their own bodies, a habit known as kleptoplasty,” said Cell Press. “It gives the animals an ability to fuel their bodies by photosynthesis.”

The ability to regrow a body isn’t unheard of. Some species of jellyfish can regenerate after an injury. The self-decapitation part of the sea slugs’ process adds to the mystery though. The researchers suggest the action may be a way to get rid of internal parasites, but the impetus is unclear.

The surprising body regeneration process is already giving scientists ideas for further studies. Said Mitoh, “As the shed body is often active for months, we may be able to study the mechanism and functions of kleptoplasty using living organs, tissues, or even cells.”

Spotlighting women in media across the CFL – CFL.ca