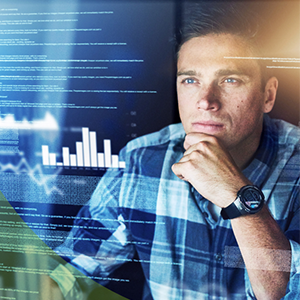 Reddit rants about printers, an AI camera mistakes a referee’s bald head as the ball leading to a very different viewing experience, and a Google Drive scam is making its rounds.

It’s 2020. Why Do Printers Still Suck? from technology

We read it every year, but as the end of 2020 approaches, the obligatory article about how frustrating printers remain today is making its rounds on Reddit. Wired’s Simon Hill held nothing back as he walked through his biggest printer frustrations: Cheap printer deals, expensive ink, and the rinse and repeat process of throwing out the printer after a short honeymoon period when the printer actually works as intended. There’s not much of a solution presented here, and I gotta say, I was very surprised to discover Simon still prints out his plane tickets. Just – why?

AI camera mistakes referee’s bald head for ball, follows it through the match. from technology

Scottish football fans – that’s soccer for the rest of you – experienced a hilarious technical glitch during a recent broadcast. But let’s take a step back for a moment – A couple of weeks ago the Inverness Caledonian Thistle FC soccer team announced a few weeks ago it was moving from using human camera operators to cameras controlled by AI, noting how the new Pixellot system uses cameras with in-built, AI, ball-tracking tech to capture unique footage for subscribers at home. In a hilarious twist of events, the new camera recently decided to track the referee’s bald head, forcing fans to miss their home team scoring a goal due to a camera focused squarely on a shiny bald head.

And another piece from Wired this weekend about a new scam involving Google Drive has garnered much attention. Wired is reporting on a new flaw in the Drive that is being exploited to send out seemingly legitimate emails and push notifications from Google that, if opened, could land people on malicious websites. What’s even more alarming is that the emails and notifications the scam generates come directly from Google. On mobile, the scam uses the collaboration feature in Google Drive to generate a push notification inviting you to click on it. Stay safe out there people.

That’s all the tech news that’s trending right now. Hashtag Trending is a part of the ITWC Podcast network. Add us to your Alexa Flash Briefing or your Google Home daily briefing. I’m Alex Coop , thanks for listening

Would you recommend this article?

Thanks for taking the time to let us know what you think of this article!
We’d love to hear your opinion about this or any other story you read in our publication. Click this link to send me a note → 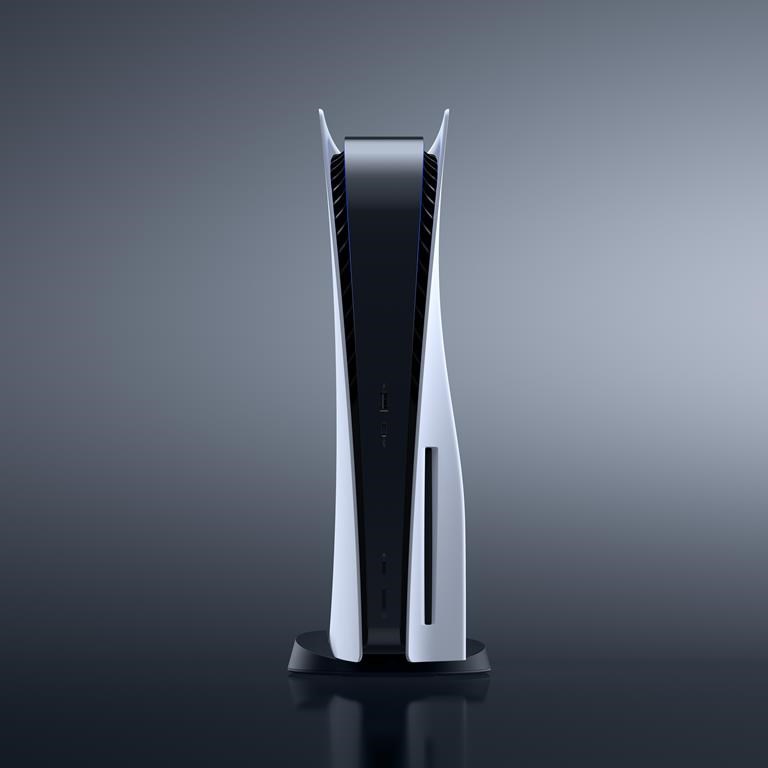 Seven years after the release of the highly successful PlayStation 4, Sony has fired its latest salvo in the war to capture the hearts and minds of big-spending video game enthusiasts.

The PlayStation 5 launched Nov. 12, two days after archrival Microsoft debuted its new Xbox Series X and Series S units. The latest round of the console wars started with a bang, as both systems quickly sold out.

Sony, however, is coming off a decisive victory in the last round of the battle. According to sales figures from Sony Interactive Entertainment, all versions of the PS4 combined have sold more than 113.5 million units as of Sept. 30, making it the second-highest selling home console behind the PlayStation 2.

In an effort to keep its edge in the video game arms race, Sony has released an expensive but powerful platform with a bold esthetic that breaks from past conservative design choices. While upgrading to Sony’s latest console will come at a cost — a unit that includes an Ultra-HD Blu-Ray drive has a recommended retail price of $629.99 while a digital-only version costs $499.99 — the improved experience will be difficult for dedicated gamers to pass up.

The increased processing power of the PS5 is seen through the quality of the graphics. Titles that have built from the ground up for the console, like the punishing action role-playing game “Demon’s Souls,” look stunning. The difference in visual quality will be more striking from gamers upgrading from a base PS4, which did not support 4K resolution, rather than the more recent PS4 Pro.

A notable part of the visual upgrade comes from the PS5’s use of ray tracing, an advanced rendering technique to realistically depict light and shadow. Until recently, ray tracing was considered too resource-intensive to use effectively in video-game development.

Games available at launch that support ray tracing include “Marvel’s Spider-Man: Miles Morales” and “Demon’s Souls.” Spider-Man’s bio-electrical powers provide a nice example of what the technology can do — and seem to come without a performance cost.

As impressive as the eye candy is, the speed of the PS5 is arguably a more noteworthy improvement over its predecessor. Load times are markedly faster for PS5 games; even games with massive maps and environments to handle like “Assassin’s Creed: Valhalla” have little downtime.

As a result of this extra processing power, the PS5 is a bit more unwieldy than its sleek precursor. The version of the PS5 with the Blu-Ray drive is 39 centimetres wide, 26 cm deep and 10.4 centimetres high, making it Sony’s largest console. The digital-only version is about a cenitmetre shorter. The units can be set horizontally or vertically to give some options, but it will take up a good chunk of your entertainment centre.

Sony is pivoting from the traditional all-black colour scheme to a two-toned black-and-white look. The PS5 also has a contoured design that sets it apart from the clean lines of the PS4. Whether the new look works or not is, of course, an exercise in subjectivity, but the PS5 is certainly bolder in appearance than its clinical counterpart.

The design choice is mirrored in the accessories available at launch, which include the DualSense wireless controller, a wireless headset, an HD camera, a controller charging station and a media remote control, for those who wish to use the PS5 as a launch point for their favourite streaming services.

The DualSense controller is a significant change from Sony’s long-running DualShock design. The controller has more heft to it and features cleaner lines in its construction. It features haptic feedback, which is intended to make instances in a game that cause the controller to vibrate feel more realistic. A nice feature is that the controller’s touchpad is now covered and resistant to the possibility of getting smudged with greasy fingerprints.

Most PS4 games are playable on the PS5, and are easily ported over with a USB drive. Saved games will have to be expressly moved over, either by removable drive or through the cloud service provided by the PS Plus service, which comes at an added cost.

PlayStation 4 controllers can be used, but only to play PS4 games. Those wanting to enjoy local multiplayer on a PS5 game will have to shell out for another DualSense controller, which costs about $90.

Staying on the leading edge of console gaming will always tax an entertainment budget, and upgrading to a PS5 is no different.

A PlayStation 5 console was provided for review purposes.

Cyber Monday sales experts at Saver Trends have monitored the best Samsung 4K TV deals for Cyber Monday, including sales on QLED and 4K Ultrad HD models. Access the best deals in the list below. 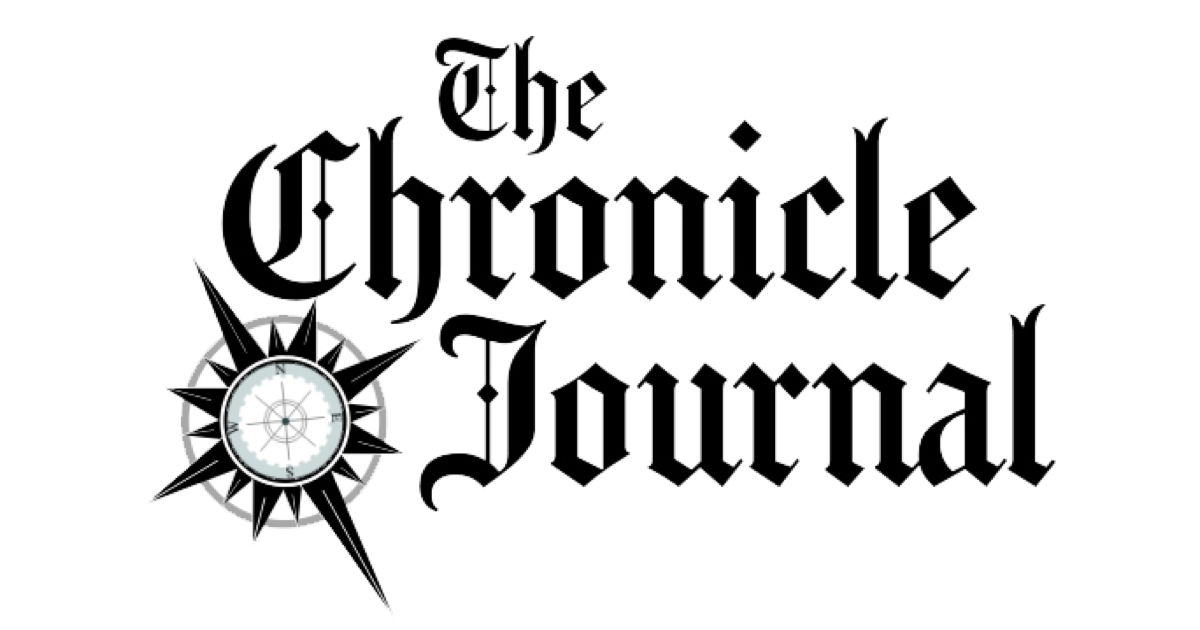 So you’ve beat the crowds, cut through the pre-order confusion and managed to get your hands on a PlayStation 5. The question now is: what to play on it?

Here are a few launch titles that could serve as a jumping-off point into the next generation of gaming.

Built from the ground up to harness the power of the PS5, this punishing action role-playing game is a challenge even for the most dedicated gamers.

The original Demon’s Souls, which came out for the PlayStation 3 in 2009, was lauded for its deep gameplay and considerable difficulty. It launched a number of successful sequels, as well as imitators.

The PS5 version keeps all the gameplay goodness from the original and upgrades with gorgeous graphics and stellar sound.

“Demon’s Souls” tasks players with exploring a cursed land, and battling the fearsome creatures that plague it. Be prepared to fail, however, as dying multiple times is expected.

The star of Sony’s “LittleBigPlanet” series returns in a fun 3D platformer.

The titular cloth-based hero makes his way through the planet Craftworld to defeat his enemy, the villainous Vex.

The visuals are charming — Sackboy can have his look altered in multiple ways through costume components found throughout the game — but the real hit is the fantastic soundtrack.

“Sackboy” also supports up to four players in local co-op, and some stages can only be accessed in multiplayer. If you have multiple controllers at the ready, this is a great way to play.

Online multiplayer is not currently available but is expected in a future patch.

The latest adventure from Marvel’s web-slinging hero sees Miles Morales, the star of the hit animated movie “Spider-Man: Into the Spider-Verse,” take over the mantle of Spider-Man from a vacationing Peter Parker.

While structurally similar to 2018’s “Spider-Man” entry on the PS4, Morales proves to be a relatable and likable protagonist who can effortlessly carry his own story.

The game includes a remastered version of the original “Spider-Man.”

The latest title in UbiSoft’s popular “Assassin’s Creed” series, this Montreal-developed game is a Viking-based adventure set in Norway and England.

Like its predecessor “Assassin’s Creed: Odyssey,” this title boasts a sprawling world to explore and conquer. The amount of additional activities available outside the main storyline might seem a little daunting to series newcomers, but series fans will appreciate the game’s scope.

While narratively “Valhalla” is arguably a step back from “Odyssey,” it is still deep and enjoyable, and does a good job showing off the PS5’s lack of load times.

This weird adventure game really leans into its tagline “we are what we eat.” In “Bugsnax,” players play the part of a reporter sent to an island full of creatures that are hybrids of insects and snack foods.

The Muppet-like residents of the island, called “grumps,” will task you with catching these creatures to meet various objectives. You will have a few tools at your disposal to accomplish your tasks, and completionists will no doubt try to “catch ’em all.”

The game takes an eerie turn when you feed these creatures to a grump and watch one of their appendages turn into a morsel of food.

“Bugsnax” is the first PS5 game to be made available for no additional cost to subscribers of the PS Plus service.

Digital versions of “Demon’s Souls,” “Sackboy: A Big Adventure,” and “Marvel’s Spider-Man: Miles Morales” were provided for this report.