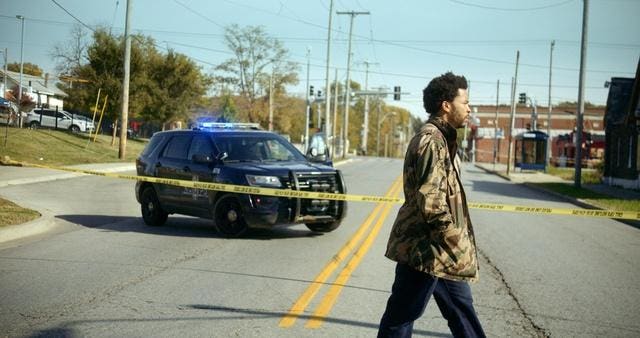 As an Academy Award-winning director, Roger Ross Williams is used to people asking him to take a look at a film they’ve been working on. He’s a good sport and often agrees, not always expecting anything.

When Rosa Ruth Boesten approached Williams at an event in Amsterdam, he politely agreed to look at a teaser for her film, a documentary called Master of Light. What he saw blew him away. “I watched the teaser, and it was just the most incredible story,” he says. “It was beautifully shot and powerful, and I’d never seen anything quite like it.”

The Dutch director had been filming the life of classical painter George Anthony Morton. A gifted artist and devotee of the Dutch masters like Rembrandt, Morton was trying to break into the art world following a 10-year stint in prison for dealing drugs.

Williams was sold. He called Boesten, they went to lunch, and he asked to produce the film—a pretty big deal for a first-time director. “She started crying,” he remembers. “She couldn’t believe it after struggling for so long to gain funding. I brought her to New York, and we took meetings and got the film into festivals.”

The documentary, which debuted on HBO on Wednesday and on HBO Max last week, didn’t just get into festivals—it cleaned up at them. Master of Light received the Grand Jury Prize at SXSW
XSW
, Best Documentary Feature at the San Francisco International Film Festival and Best First Feature at the UK’s Sheffield DocFest. The vulnerability displayed in the film resonated with viewers, something Morton feels proud of.

“We didn’t want it to be unrealistic or fake. It shows the honesty of my day-to-day struggles, ultimately wanting to inspire that younger George,” the artist says.

Boesten captured Morton’s push to gain a professional foothold in art as well as repairing relationships with his family. Part of that healing process involved painting his family members in the style of the Dutch old masters. Morton says he sought to show people watching the film a path they could walk if they had similar experiences. “I wanted to prevent people from maybe walking into some of the traps that I walked in,” he says.

Morton notes that while growing up, he always felt drawn to artistry and had a natural talent for painting. But it took him years to realize that represented a viable career path. While in a juvenile detention center, he met a math teacher who helped him get his GED.

“She promised that once I got out, she would find me and take me to the museum. And she took me to see a Rembrandt the first time when I was 16 years old. I wasn’t able to latch on to fine art painting as a professional at the time, but it sparked something inside of me that would end up blossoming later,” Morton says. “And when I got incarcerated, I saw that as my opportunity that was just brilliantly disguised in that setback.”

Morton has an incredible ability to do that—to see setbacks as opportunities. As a Black man pursuing a career in a white-dominated industry, he certainly had chances to become discouraged by racism and the doors that remained closed to him. Instead, he prefers to think that his efforts will make it easier for the next person of color or person who has been incarcerated.

“Gatekeeping is just part of our human story. You know, we’re kind of transitioning out of an old world, maybe old views, and I’m super grateful to help us through some of that,” he says. “ What I’m finding is that good and bad things often appear together. And so I try not to speak in absolutes about one thing you know, but what I hope to change ultimately is these stereotypes that may come as a result of a lack of representation.”