Private investment in space companies hit $3.9 billion in the third quarter, propelling this year to a new annual record of $10.3 billion, according to a report this week by New York-based firm Space Capital.

“This quarter sets a new record for yearly infrastructure investment, having surpassed the previous of $9.8B set in 2020,” Space Capital managing partner Chad Anderson wrote in the report.

Infrastructure includes what commonly would be considered as space companies, such as firms that build rockets and satellites.

Space companies closing SPAC mergers and going public made up a significant portion of the capital raised in the third quarter – with moves completed by Rocket Lab, Spire Global, BlackSky, Momentus, and Redwire. The two largest deals in the quarter were by ORBCOMM, which was taken private for $1.1 billion, and satellite broadband company OneWeb, which raised $550 million.

With more SPAC deals expected to close in the fourth quarter, Anderson wrote that “the average round size and the number of rounds are also on track to set new records at the end of Q4.”

In total, Space Capital tracks 1,654 companies which have raised $231.2 billion in cumulative global equity investment since 2012 across its three space categories.

Femtech firms are at last enjoying an investment boom – The Economist

Micron Urges Government Investment with R&D Spend – The Next Platform

Over the last twenty years, memory has risen from 10% of the semiconductor market to almost 30%, a trend that is expected to continue, propelled by compute at the edge all the way up to datacenter. To meet these demands, memory giant, Micron, has announced it will make $150 billion in internal investments, ranging from manufacturing and fab facilities to R&D to support new materials and memory technologies.

The nature of the announcement serves two purposes. The first is obvious, Micron is putting a stake in the ground around its bullish view for edge to datacenter growth and their role as a primary component maker. The second is only slightly less obvious: to compel the U.S. to match funds or continue new investment strategies to support U.S. fabs and semiconductor R&D.

While $150 billion is a sizable investment, the fab component of Micron’s plans will gobble up a significant fraction. While no fab is created equally, consider TSMC’s investments in new facilities, which are upwards of $9 billion. Such investments can take two to three years to yield but the time is certainly right. Gartner, for instance, estimates the costs for leading-edge semiconductor facilities to increase between 7-10%.

While DRAM and NAND are less expensive than leading edge technologies, Micron will need to choose carefully as it sets its plans in motion. Luckily, there is ample government support building in the U.S. for all homegrown semiconductor industry, although it is unclear how federal investments, including the $52 billion CHIPS Act, will augment Micron’s own ambitions.

Micron is seeking the attention of government with its broad R&D and manufacturing investment, pointing to the creation of “tens of thousands” of new jobs and “significant economic growth.” In a statement, Micron explained that memory manufacturing costs are 35-45% higher than in lower-end semiconductor markets, “making funding to support new semiconductor manufacturing capacity and a refundable investment tax credit critical to potential expansion of U.S. manufacturing as part of Micron’s targeted investment.”

“The growth of the data economy is driving increased customer demand for memory and storage,” said Executive Vice President of Global Operations Manish Bhatia. “Leading-edge memory manufacturing at scale requires production of advanced semiconductor technology that is pushing the laws of physics, and our markets demand cost-competitive operations. Sustained government support is essential for Micron to ensure a resilient supply chain and reinforce technology leadership for the long term.”

Micron CEO, Sanjay Mehrotra says the company will “look forward to working with governments around the world, including in the U.S. where CHIPS funding and the FABS Act would open the door to new industry investments, as we consider sites to support future expansion.” The subtext there is that the U.S. is only one country in the running, among others making investments.

Increasing government support will likely align with fabs and facilities but Micron says it’s working on next generation technologies set to keep pace with growing demand.

This is part of the company’s 2030-era plan for memory technology. Micron sees edge and cloud deployments expanding but also points to AI as the leading workload across deployment types. The company’s senior VP and GM for Compute and Networking, former Intel HPC lead, Raj Hazra, says that by 2025, 75% of all organizations will have moved beyond the AI experimentation stage into production.

To support this more practically, Micron has set forth some ambitious near-term targets, including reaching for 40% improvements in memory densities over existing DRAM, double SSD read throughput speeds over current 1TB SSDs, 15% power reductions over existing DRAM and 15% better performance for mixed workloads over existing NAND.

Walmart allowing some shoppers to buy bitcoin at Coinstar kiosks

Walmart Inc said on Thursday customers at some of its U.S. stores will be able to purchase bitcoin using ATM-like machines installed by  Coinstar.

Coinstar, known for its machines that can exchange physical coins for cash, has partnered with digital currency exchange CoinMe to let customers buy bitcoin at some of its kiosks.

There are 200 Coinstar kiosks located inside Walmart stores across the United States that will allow customers to buy bitcoin, a Walmart spokesperson said.

Walmart was subject to a cryptocurrency hoax in September when a fake press release was published announcing a partnership between the world’s largest retailer and litecoin. The news had briefly sent prices of the little known cryptocurrency surging.

(Reporting by Uday Sampath in Bengaluru; Editing by Devika Syamnath) 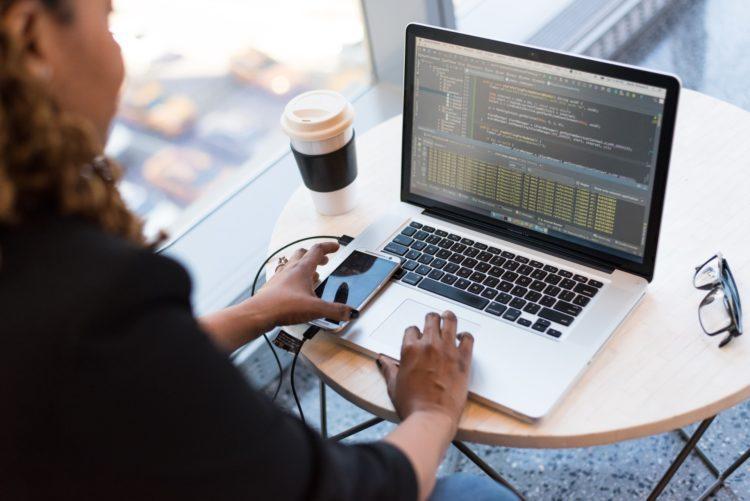 Cooper Investors, an investment management firm, published its “Cooper Investors Global Equities Fund (Hedged)” third quarter 2021 investor letter – a copy of which can be downloaded here. For the rolling three months to one year, the Fund returned 5.7% and 28.24% respectively, while its benchmark, by comparison, returned -0.42% and 26.57% over the same period. You can take a look at the fund’s top 5 holdings to have an idea about their best picks for 2021.

Cooper Investors, in its Q3 2021 investor letter, mentioned Intuit Inc. (NASDAQ: INTU) and discussed its stance on the firm. Intuit Inc. is a Mountain View, California-based software company with a $156.4 billion market capitalization. INTU delivered a 50.80% return since the beginning of the year, while its 12-month returns are up by 72.12%. The stock closed at $572.80 per share on October 19, 2021.

Here is what Cooper Investors has to say about Intuit Inc. in its Q3 2021 investor letter:

“The other meaningful deal during the quarter was Intuit’s acquisition of Mailchimp for $12bn. Intuit has reinvented itself over the last decade and thrived with a leadership position in QuickBooks Online, the financial accounting software for small businesses (effectively the ‘Xero of the US’). We originally invested in Intuit in February 2020, excited by the QuickBooks prospects.

Management have executed exceptionally well on the opportunity set which has seen the shares double since our initial purchase. However, the company has now conducted two meaningful deals in Mailchimp and Credit Karma worth a combined US$20bn over the last 12 months. The investment proposition has shifted from a focus on QuickBooks to now being a financial and small business software conglomerate. We continue to very much admire the company, but with Intuit now trading on 50x forward earnings we no longer see such attractive latency on offer, nor the rewards for the level of execution risk and thus we have exited the position.”

At Insider Monkey, we scour multiple sources to uncover the next great investment idea. For example, lithium mining is one of the fastest-growing industries right now, so we are checking out stock pitches like this emerging lithium stock. We go through lists like the 10 best EV stocks to pick the next Tesla that will deliver a 10x return. Even though we recommend positions in only a tiny fraction of the companies we analyze, we check out as many stocks as we can. We read hedge fund investor letters and listen to stock pitches at hedge fund conferences. You can subscribe to our free daily newsletter on our homepage.