Spotify’s Stream On event was jam-packed with information and news about the streaming service.

If you want to take an hour and a bit, you can watch the full show below on YouTube, but if you’d rather skim through some of the more notable updates, then keep reading.

One of the biggest announcements for Spotify is that it’s coming to 80 more new countries in the coming weeks. This will add 36 different languages to the platform and is the company’s largest expansion to date.

Spotify says that these 80 new markets represent over 1 billion people who could become Spotify listeners over the next few years.

This means that Spotify is available in a little over 170 countries worldwide.

Spotify has finally given in to audiophiles worldwide and will bring a lossless subscription tier to its service later this year.

You can find out more about it in our announcement story, though the new subscription tier’s Canadian pricing remains unknown.

Obama and The Boss 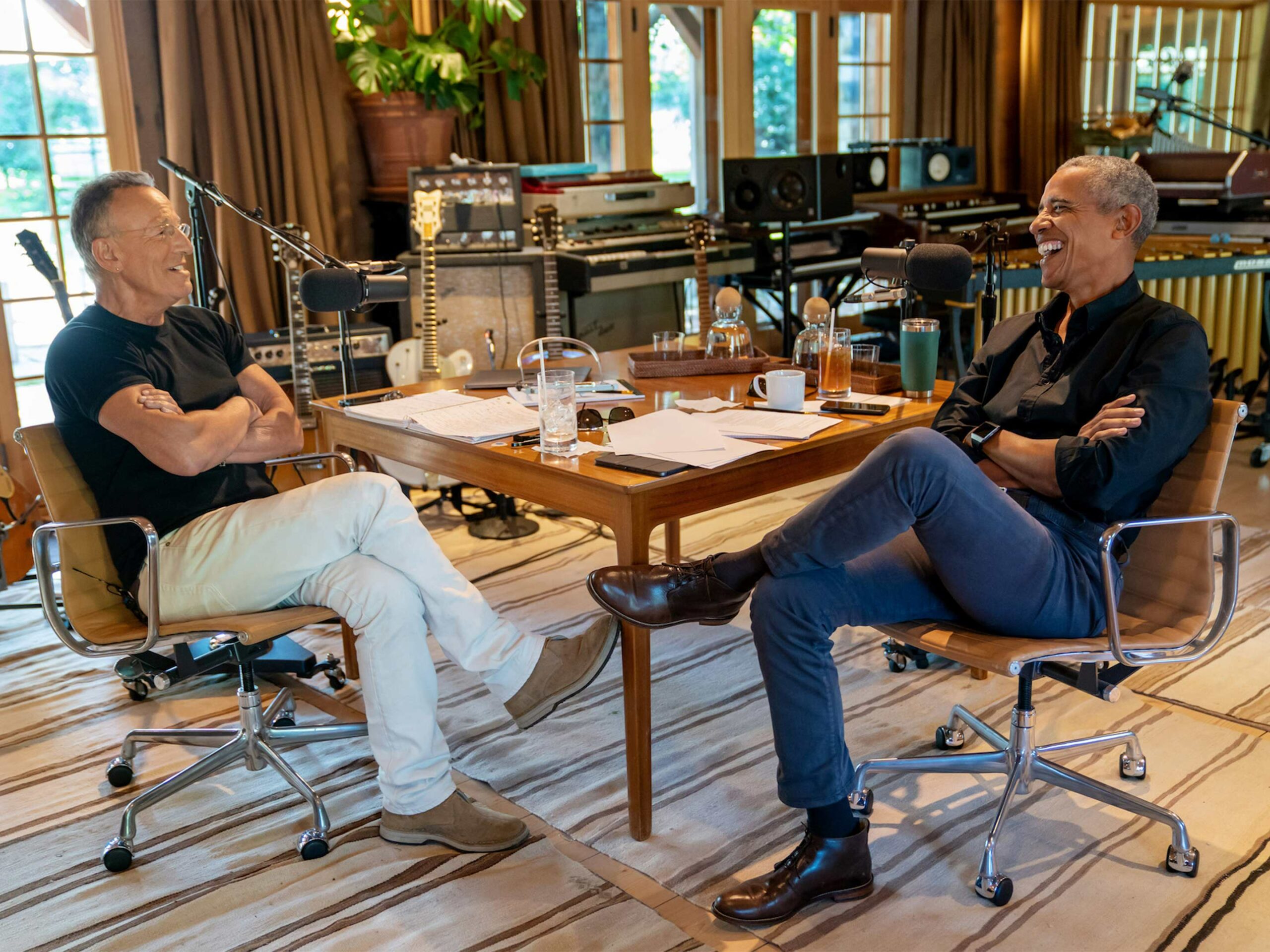 Barack Obama and Bruce Springsteen are taking their friendship to the next level by starting a podcast together.

The show is called ‘Renegades: Born in the USA’ and consists of an eight-episode season. The first two episodes are available and you can listen to them on Spotify now.

This is the first show from the Obama’s Higher Ground production company and its deal with Spotify, so we should expect to see more from the power couple in the future as well.

In what seems like an effort to make podcasts more interesting, Spotify will soon offer creators additional tools. 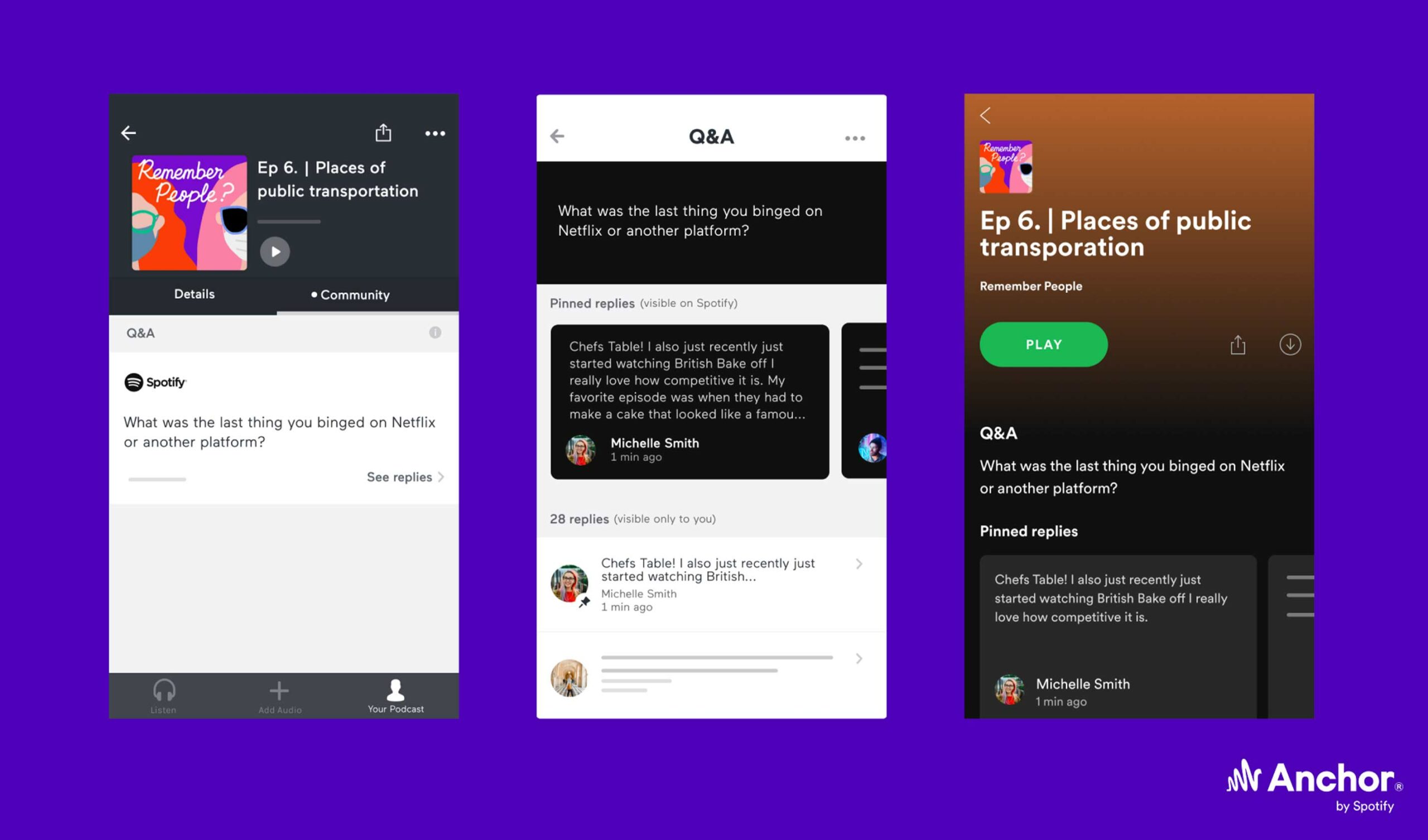 In the Spotify app, users will soon start seeing new interactive elements during some shows. This could include polls, Q&A text boxes and more. This is really cool and suggests that Spotify might be aiming to add a more comprehensive back-and-forth section to its app to compete with Clubhouse.

Users that publish their podcasts via Anchor will now be able to upload a video podcast to the streaming platform.

Since it has such high-profile creators like the Obamas, I wouldn’t be surprised if those video episodes stream in very high quality. If you watch the video trailer for Renegades: Born in the USA,’ you’ll see what I mean.

Another batch of high-quality story-based podcasts are coming from the DC Comics group, starting with a dark tale about Batman.

You can find out all about the superhero podcasts in our prior report.

Spotify Clips will debut on even more Spotify playlists, featuring artists in short videos that let them put their own stamp on a playlist experience 🎥 #SpotifyStreamOn pic.twitter.com/sgHTWV244W

Yep, you read that right. Spotify is adding a feature that’s similar to Instagram and Snapchat Stories.

It’s only available to artists, and it allows users to post a short video to their profile that listeners can watch.

Some podcasters will start testing what happens if they put some shows or channels behind a separate paywall within Spotify. Other pay-walled content could include bonus episodes or interviews, or even ad-free content, according to Spotify.

Facebook still plans to “aggressively” grow staff numbers in its European headquarters in Ireland but a company-wide policy allowing permanent remote work from other countries could slow that growth over time, its Irish chief said on Friday.

Ireland’s economy is hugely reliant on multinational firms that employ around one in eight Irish workers and any move to facilitate remote working abroad would add to the challenge already posed by a planned global corporate tax overhaul.

Facebook, which is one of Ireland’s largest such employers with around 3,000 full-time staff and another 3,000 contractors, will allow some workers to permanently relocate after more than a year of many working remotely due to the COVID-19 pandemic.

Eligible employees in Facebook offices in Ireland, France, Germany, Italy, the Netherlands, Poland, Spain and the United Kingdom will be able to move to another one of those locations. U.S.-based staff can also move to Canada, it added.

Facebook Ireland’s Gareth Lambe said it was still working out how many Irish-based employees would be eligible to take advantage of the policy. Fewer than half of its staff are Irish nationals.

“We’re going to continue to grow aggressively,” he told national broadcaster RTE, citing a move in the next year or two to a new 57,000 square metre campus in Dublin that it intends to fill with 7,000 employees.

“But this is a significant evolution and in the future over the coming years and decades, it is possible that the growth of jobs and numbers may not be as fast in Ireland as it would have been before it.”

Lambe said Facebook’s main Europe, Middle East and Africa decision makers will continue to be based in Dublin, meaning its corporate tax status will not change. However those permanently relocating abroad would no longer pay income tax in Ireland.

Responding to the move, Irish Finance Minister Paschal Donohoe said one of the consequences of the pandemic will be a lot more mobility of workers across national borders but that foreign direct investment will remain “an indispensable part” of Ireland’s economic model.

Apple did not immediately respond to Reuters request for comment.

The iPhone maker’s automotive efforts, known as Project Titan, have proceeded unevenly since 2014 when Apple first started designing its own vehicle from scratch.

In December, Apple said it was moving forward with its self-driving car technology and targeting to produce a passenger vehicle that could include its own breakthrough battery technology by 2024.

(Reporting by Mrinalika Roy in Bengaluru; Editing by Shinjini Ganguli)

Amazon is ready to initiate the sidewalk throughout the world including Canada. So many people are concerned about what exactly is a sidewalk and should you be concerned in any way?

Well to put it simply amazon sidewalk is a new way of communication where amazon creates a network by using its echo devices and other devices. What is going to happen is that these devices would be using your home’s internet connection and creating a small network for communication. Using the ring and echo devices this will be executed where they would be forming a bridge (as the company calls it) between the two devices. While these various bridges would be used to create networks.

Amazon said this is done for easier connections and simpler setups even when your wifi goes out. Which would allow you to use title trackers and find pets easily. You would not have to spend 500 dollars on those devices but rather just use this to get updated information on your belongings. This is going to get a lot of people hooked on the devices. Using your ring and echo devices without your own internet connection sounds pretty good but is there a hidden reason for amazon to become an ISP on its own well that is something only time will tell.

So now the question is should you be concerned about this?

Well if you own an amazon echo device you will have to ask Alexa to opt you out of it because this is going to come in as activated by default. This means that you will need to put in some effort to change this if for any reason you don’t want to be a part of this program.

There are tutorials online that would help you to opt-out of this by using your Alexa app on your phone.

Another concern is that this is not the first time a company has done something like this. Apple has enhanced the find my network in a similar manner with the introduction of air tags and have responsibility for finding phones, and things using other users devices that might not know that their device is being used in the process.

Well most common people that are using the internet nowadays are more concerned about the data that is being used by these huge corporations and who are they gathering and using the data for their personal and private benefits. Additionally are data sharing policies being used and met with proper standards. Creating a rule is one thing and following it is completely another.

What bodies are placing a check on whether the huge tech giants are following these steps or not? These are the big questions with few answers and to think that now the internet is being owned by one of these giants. I mean the real question everyone should be asking is how big can these giants become and what kind of influence they hold onto our lives in the future?

Oil prices rise to over two-year high as demand improves